Weymouth was an unusual choice for us as we would usually not opt for such a long car journey but with son number 1 spending a week at PGL at Osmington Bay (for the second year running), we were doing the travelling anyway and I didn’t fancy there and back (North Wales to Weymouth) in a weekend, so it made sense to make a week of it.

After a few website searches, we went for a caravan at Waterside Caravan Park. The biggest one they had to offer was an 8 berth – which enabled us to invite the mother-in-law.

The main benefit, or so we thought, was the fab swimming pool with two slides for the older boys and two little slides for the little one plus an outside pool. They also had an indoor and an outdoor play area. As it turned out, these facilities weren’t particularly useful as the weather was gorgeous all week and there was so much else to do in the area. Of course, had it been a rainy week, then I am sure that we would have been glad of them.

The  caravan was as expected, clean and with a really useful gated veranda outside which meant that when the gate was closed, little one could wander inside and out. 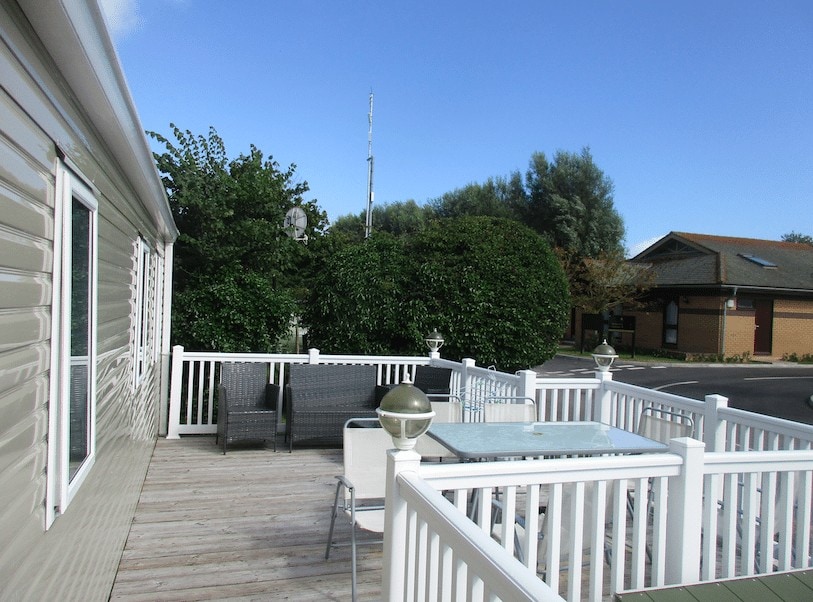 When we eventually arrived, having picked up a very tired, and in need of a shower 13 year old, we were told that the caravan would not be ready until later, so we headed into Weymouth where we found that there was loads to do for everyone. There were fairground rides and various other types of entertainment along the promenade, from Punch and Judy to trampolines and donkeys for the little ones to ride. Although the beach was hectic, we managed to find a small space. 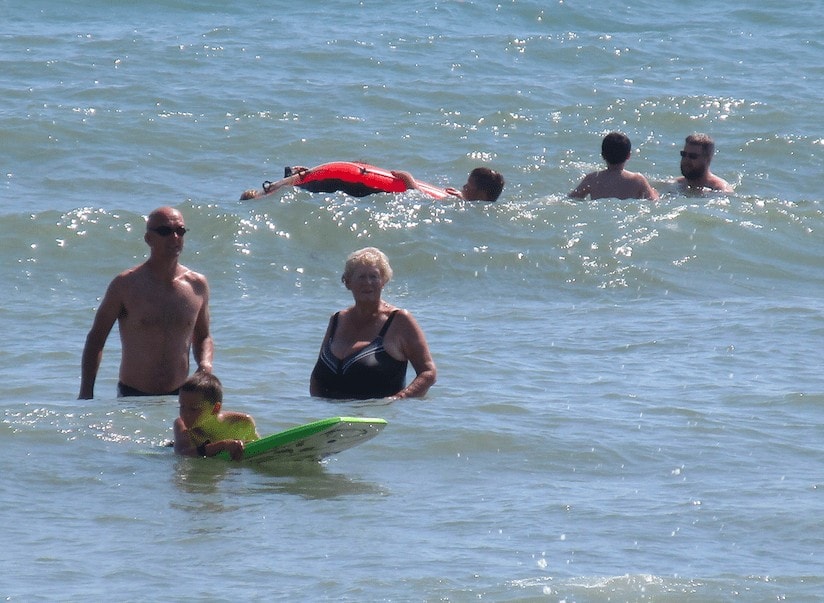 The cafes and shops in Weymouth were fabulous. In particular, we enjoyed Suttons Coffee Shop – much much more than a coffee shop. We only went in because it looked more like it had room for a pushchair than some of the others but ended up returning with friends later in the week. The cheesecake was amazing. The only disappointment was attempting to pay a return visit for Sunday lunch (which they advertise as being served between 12-3pm) to find out that they had run out by 2pm. However, we did get to see someone finishing theirs off and it looked very good so, get there early! 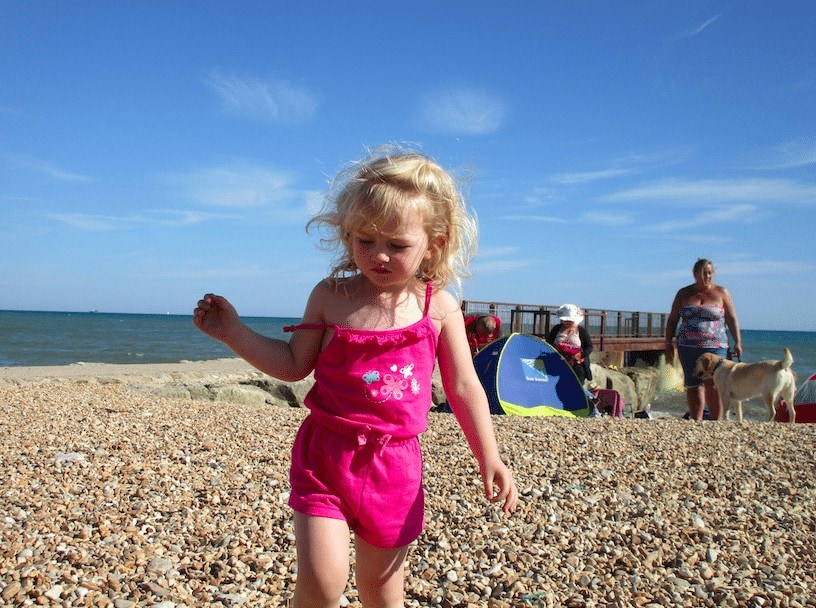 Day two (Sunday) was the day of the car boot sale next to the caravan park which was great. A proper car boot sale with real people selling off their treasure (as opposed to lots of commercial traders), we came away with a pestle and mortar, a jewellery stand and a doll for 10p, amongst other items.

Most of the week was spent back and forth to the beach by the caravan park. The ice cream in the local shop was excellent, the sea was warm enough to swim in (even for the mother in law) and it wasn’t too crowded. However, the proper sand only appeared at low tide, the rest of the time we had to sit on the pebbles which were small enough not to be uncomfortable to sit on but weren’t really sand castle quality. 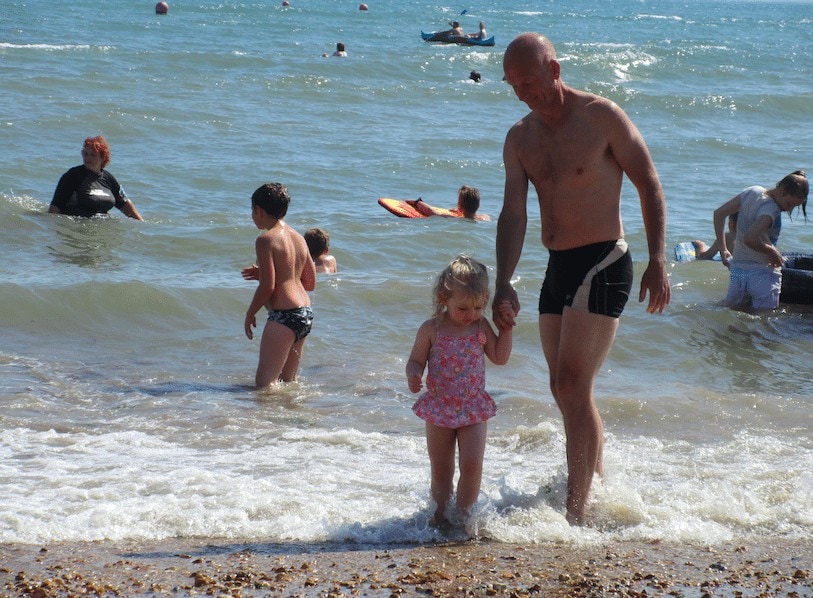 Towards the end of the week, we met up with friends and headed to the historic Nothe Fort and museum on the other side of Weymouth. Probably not somewhere we would have gone if it had not been for the others but the boys found it really interesting. 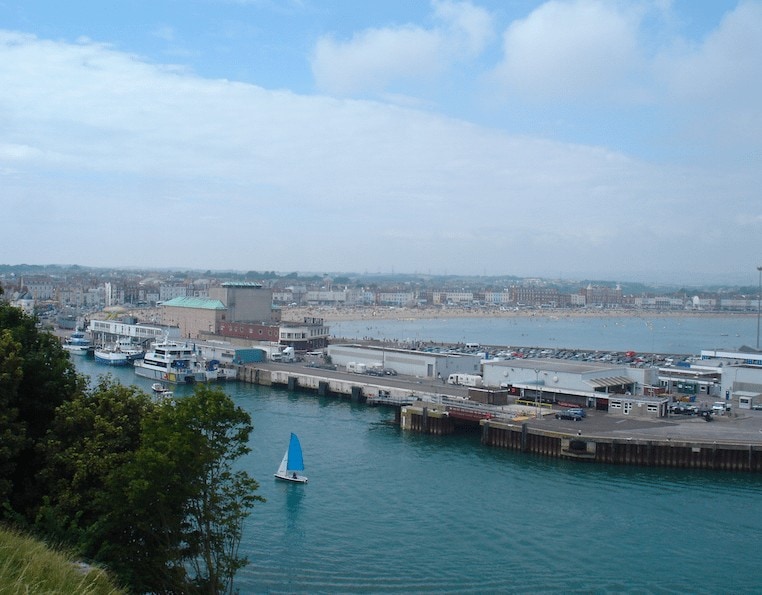 We had such good weather, that we were pleased to see the rain on the penultimate day. It meant that the boys could pay a visit to Cineworld in the town centre to see Finding Dory (I had previously said that I wouldn’t let them go as it was a waste of the sunshine), whilst the grown ups and 2 year old hit the charity shops which were brimming with quality items. I came back laden with dresses aged 3-4 years and a Jacques Vert outfit to wear to a wedding.

All in all, an excellent week and if the boys decide to visit PGL at Osmington Bay again then I am sure that we would consider spending another week in Weymouth doing all the things that we didn’t even get a chance to consider doing in only one week and, perhaps, visiting the same charity shops all over again for next year’s bargains.

…and something to keep the older ones entertained whilst the little one watches on with dad. 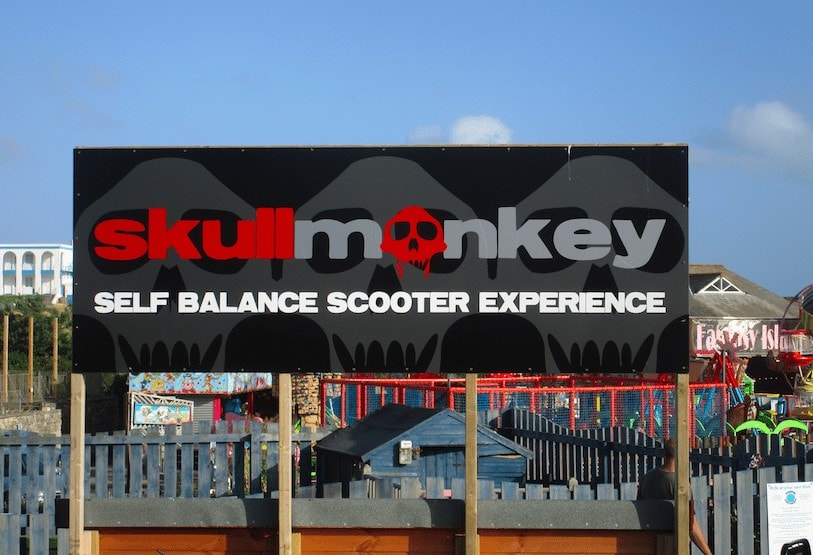 The boys loved this, quickly got the hang of it and only one of them fell on his backside once. 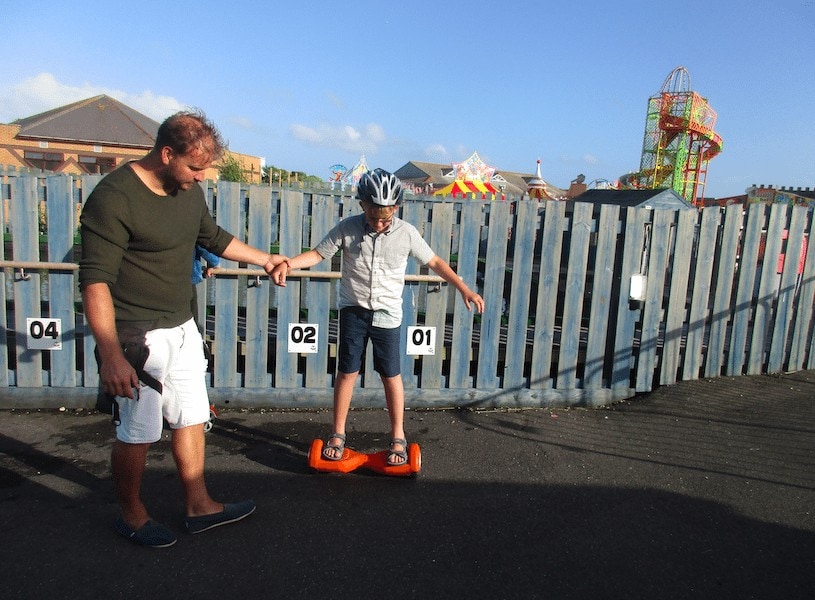 And at £5 per 15 minutes, not bad value and doesn’t take up a lot of time but is a whole new experience for them.