After the Bear Grylls adventure day we had won we thought we would head to London to fit in some more exhausting experiences for the kids and see if we could stress ourselves out to the point of early retirement or holiday induced breakdowns. After much discussion/arguing we settled on a new Premier Inn  in Addlestone.

The Premier Inn had absolutely no frills attached or gym or pool, but has a good breakfast deal with kids eat free. Obvs. Guess who wanted frills and lost.
Anyway, it was pleasant enough with a very obliging manager who managed to get us interconnected rooms despite my epic fail to call ahead to arrange this weeks earlier. Thank you. And breakfast was fabulous.
Our first day was spent with the boys recovering from their adventures and regaining any lost iPad time. We went to a lovely Indian for tea and the hotel was conveniently located next to a Waitrose for my wine needs.  The following day had multiple goals but these were trumped by Craig’s need for a Apple store after dropping his phone in a jungle swamp and cracking the screen.
We had won a trip to the dentist through a creative competition I had seen on Twitter where you had to take a photo of the kids brushing their teeth in an interesting location. We won with the photo we took on our Norfolk half term trip!
This dentist was unlike anything we had come across in the NHS and the kids and we all felt that it was wonderful! We had a lovely time meeting all the characters in the clinic, and having a fancy coffee. The staff were very welcoming and even did a little video of our opinion of their business. We also had a check up for all the kids which was fabulous, and reassuring that they are being well looked after by their regular dentist. 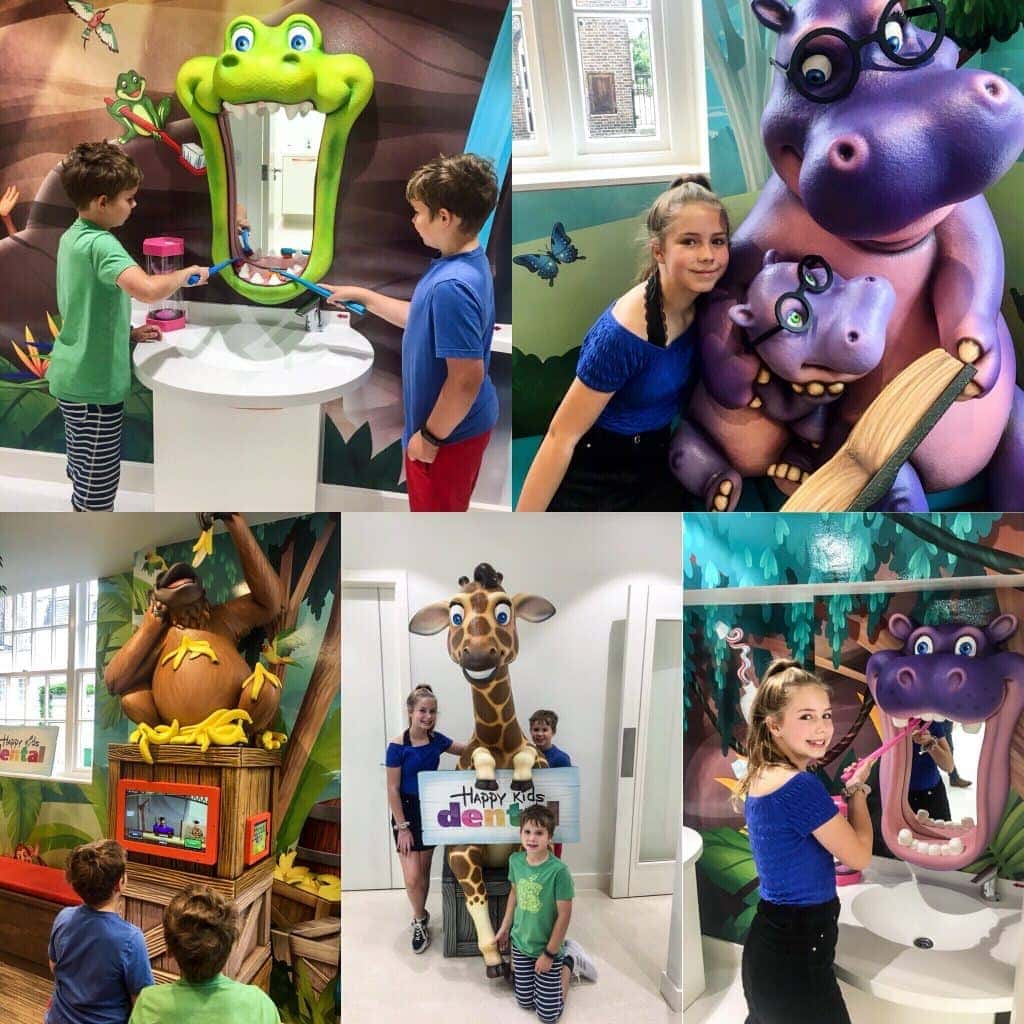 We then frog marched to the London Eye as I had won tickets for us to have a ride, on an competition earlier in the year with Coca-Cola. It was the boys first visit and they loved all 30 minutes of it! Fast and well organised queuing, despite being in the middle of the summer holidays and we were lucky with the weather so had great views. After a trip to the Apple store that was us done for the day. Craig gave in to the kids requests for a KFC as they had not had one before. Let’s just say, they don’t want it again.
The next day was spent at GoApe in Chessington where we had won tickets through a Cadbury’s competition https://www.freddosbigadventure.com/ where all you need is the code from a chocolate frog to have a chance of a prize. We were fortunate enough to get 2 prizes of pairs of Junior GoApe tickets and clearly since Craig had endured and enjoyed Bear Grylls, I got to do this. It was okay. Kids loved it. I am not a fan of zip lines. The staff were kind enough to let us have some extra time due to a Birthday party where several children needed rescuing causing a delay. Yay. More time. Clearly important to endure zip line to show that you have to do things in life you don’t want to. 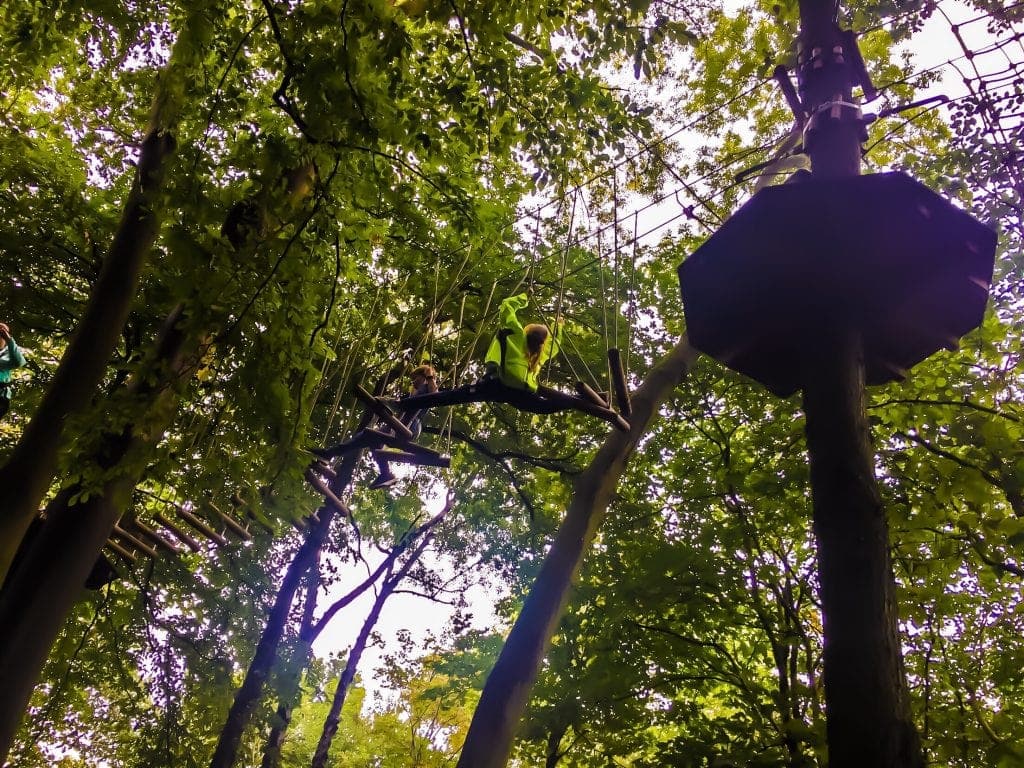 Our final day before heading off to visit friends was dedicated to Thorpe Park. With a combination of vouchers from Tesco’s, cereal packets and a recent peperami competition, (again ongoing,https://www.peperami-terrify.com/terms, )we made it in for £63 as a family of five, including parking. I did not like Thorpe Park.  We queued for an hour before the park opened. There were a lot of people. It gave me flashbacks of Legoland when it seemed our efforts go on every ride were delayed by people who had upgraded their tickets to bypass queues. Apparently in peak time you can wait up to 4 hours for the big rides. The longest we waited was 90minutes. Craig and Lara had a few thrilling experiences. The boys liked the tea cups. I would have preferred Pleasurewood Hills in Lowestoft. At least it has a bit of character. There were more stalls selling tat and trying to get money out of you to win giant toys than there were rides. Good for teenagers. Not so good for tweens. 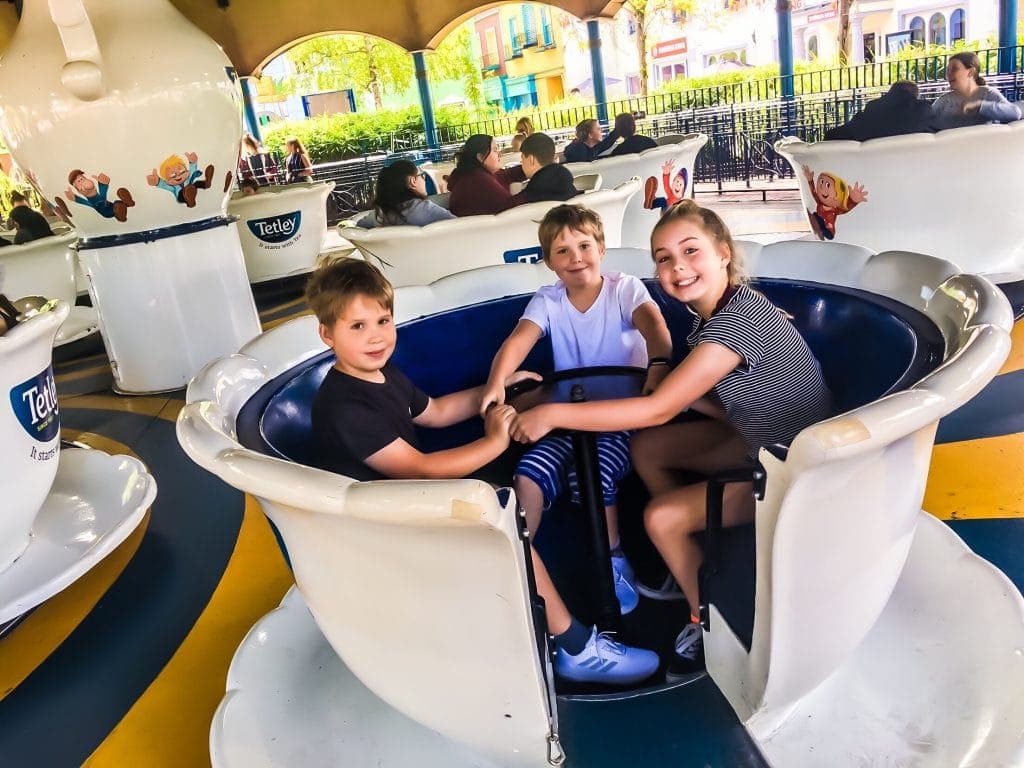 And so we have it. A whistle top tour of activities on in London using competition wins!
I am exhausted. The kids had a ball. And back to work we go.
Hurrah!
Click here to cancel reply.