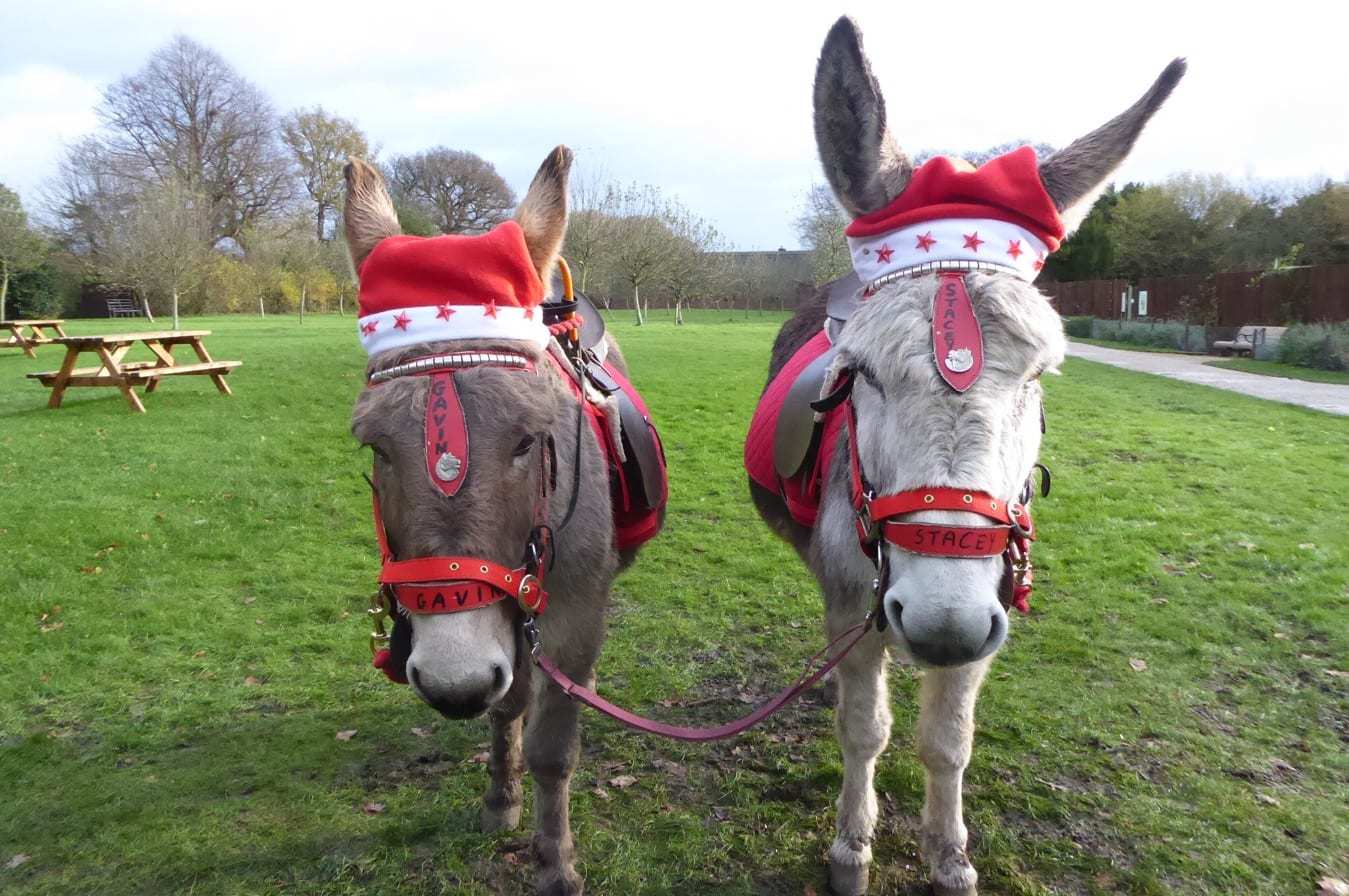 On Sunday we braved the elements to spend a day at Speke Hall in North Liverpool.  Speke Hall is one of our local National Trust properties and we’ve spent many a summers day wandering in the woods around the Hall and playing in the gardens.

The weather forecast for the weekend really wasn’t very promising and at times 60 mph winds were promised, however as we had arranged to meet my parents there we bravely soldiered on.

In fact this is what you should always do, as the forecast is often wrong. We arrived at Speke in time for opening at 11am and it wasn’t even raining!

Over the next couple of weekends, Speke Hall is celebrating Victorian Christmas and if you get chance you should definitely visit. There are some further details on the National Trust website but it is open 11-4.

The first thing we did was to head over to ride on the donkeys in case the weather turned. 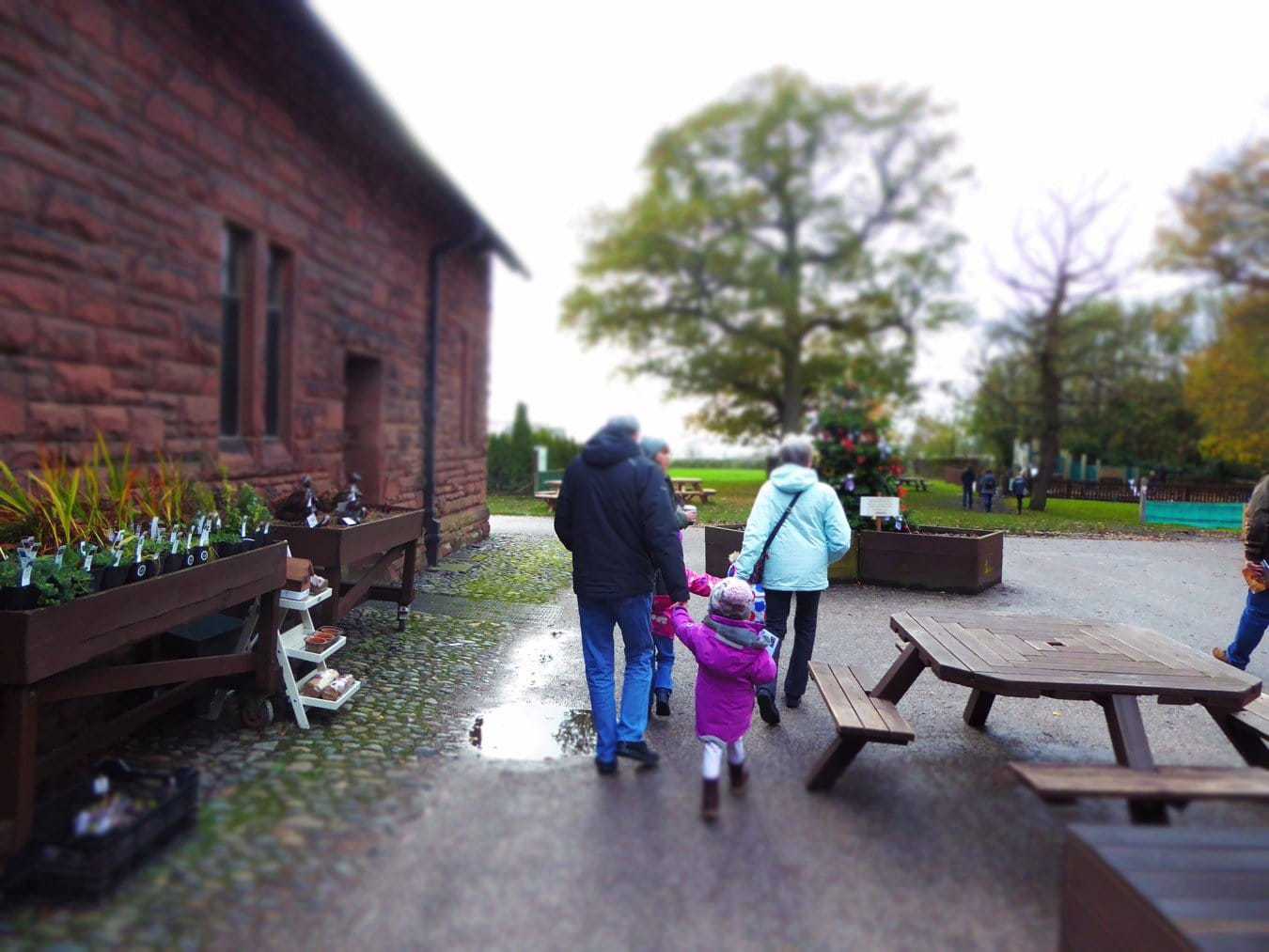 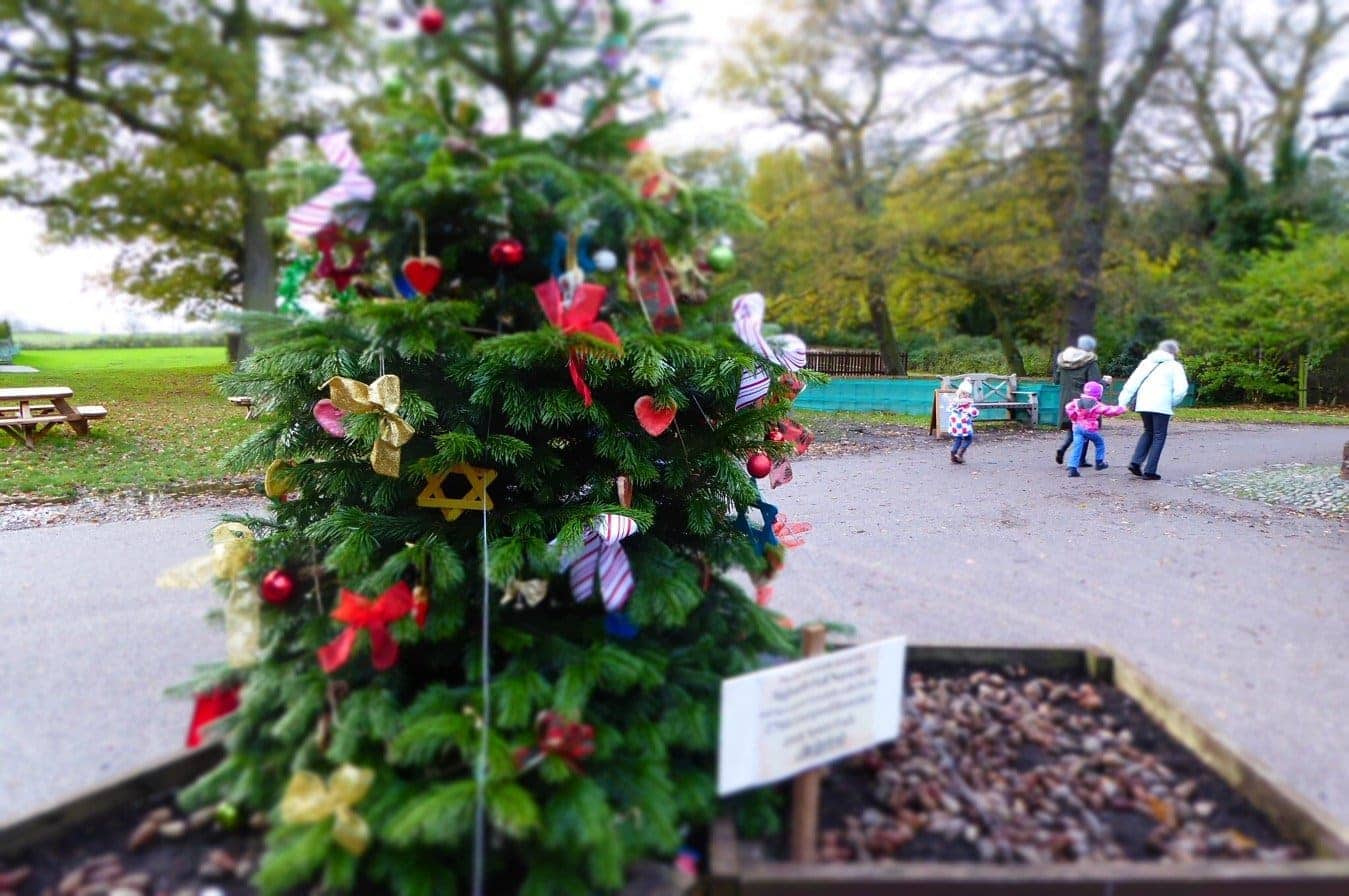 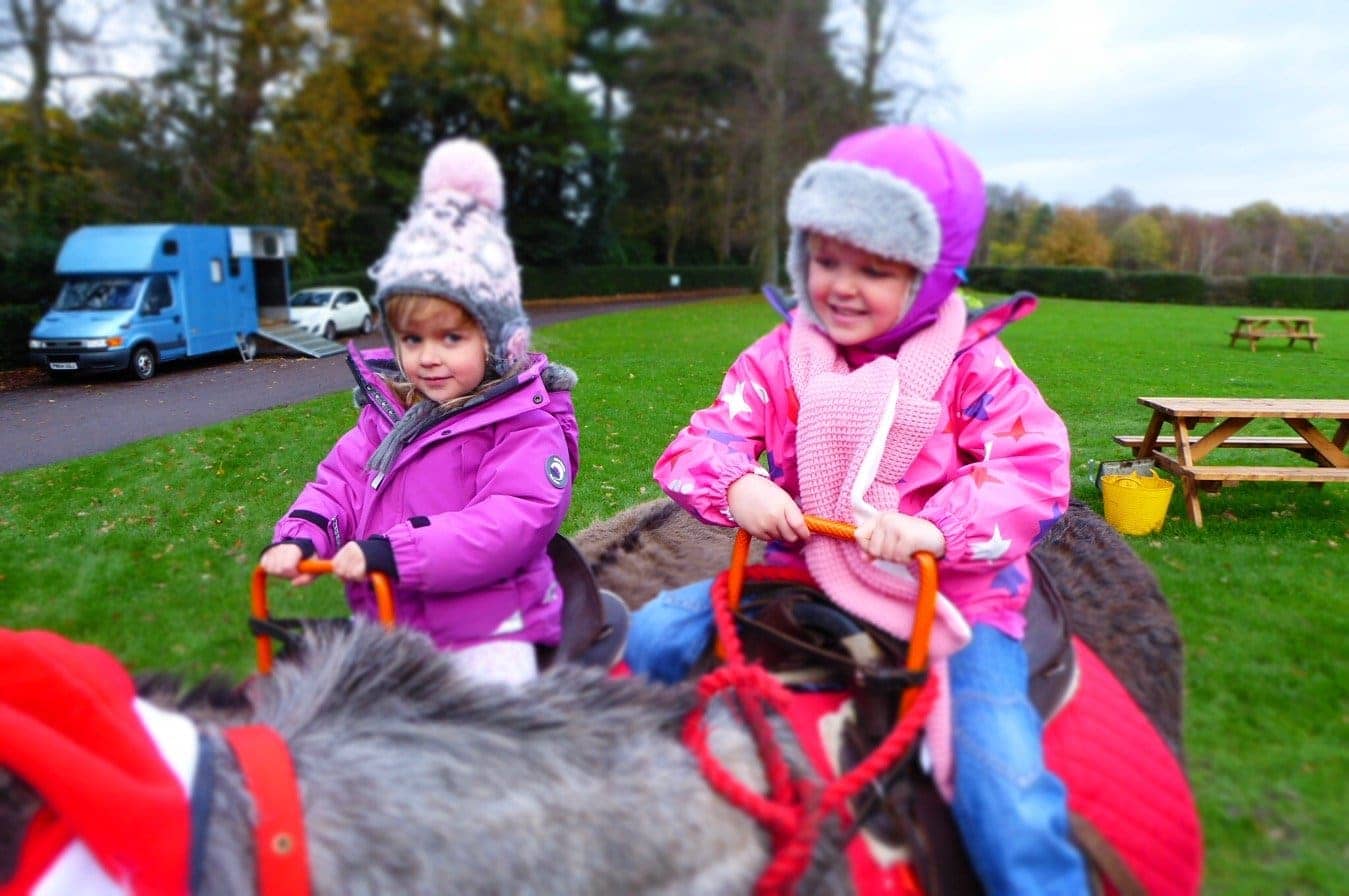 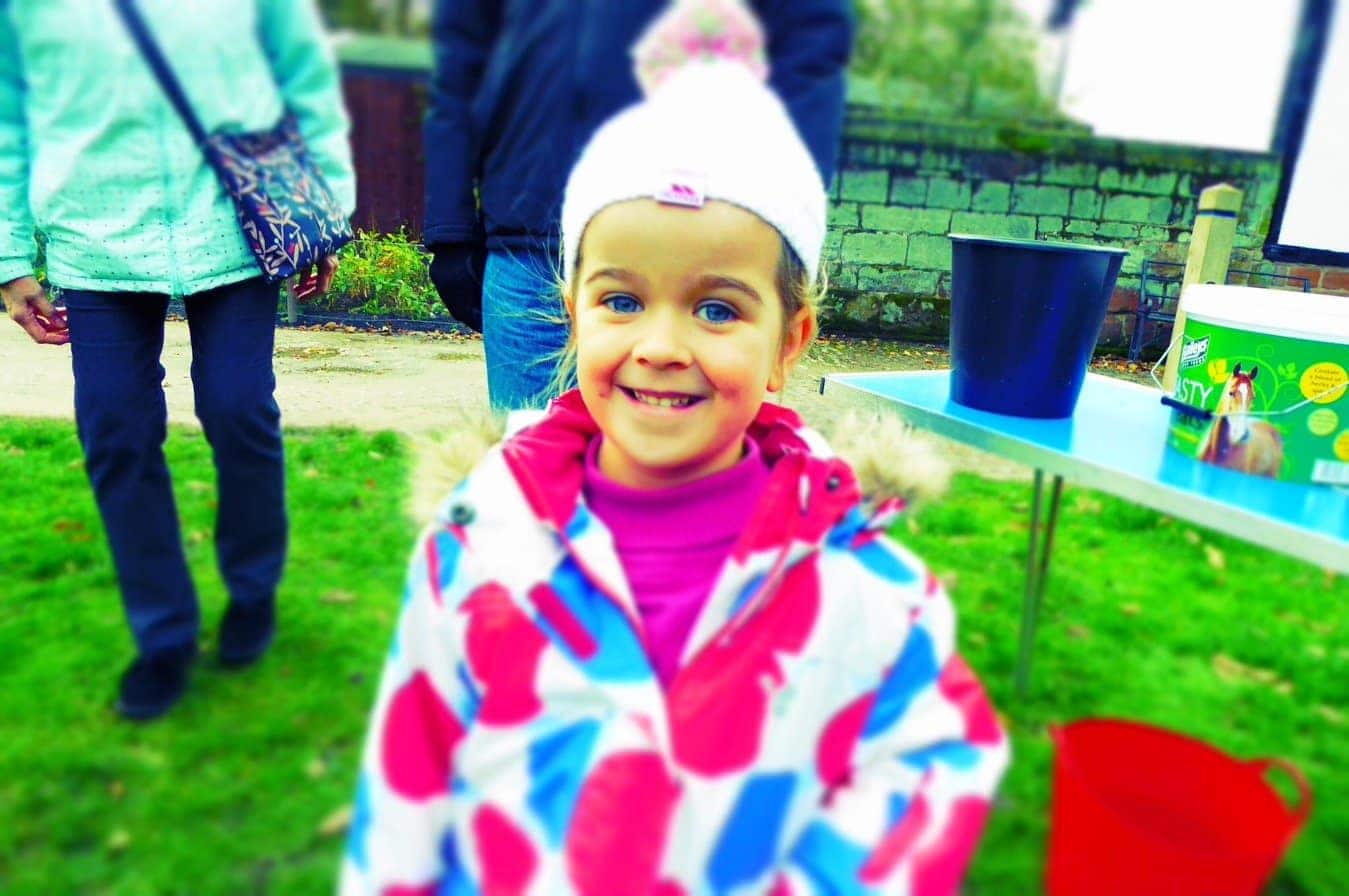 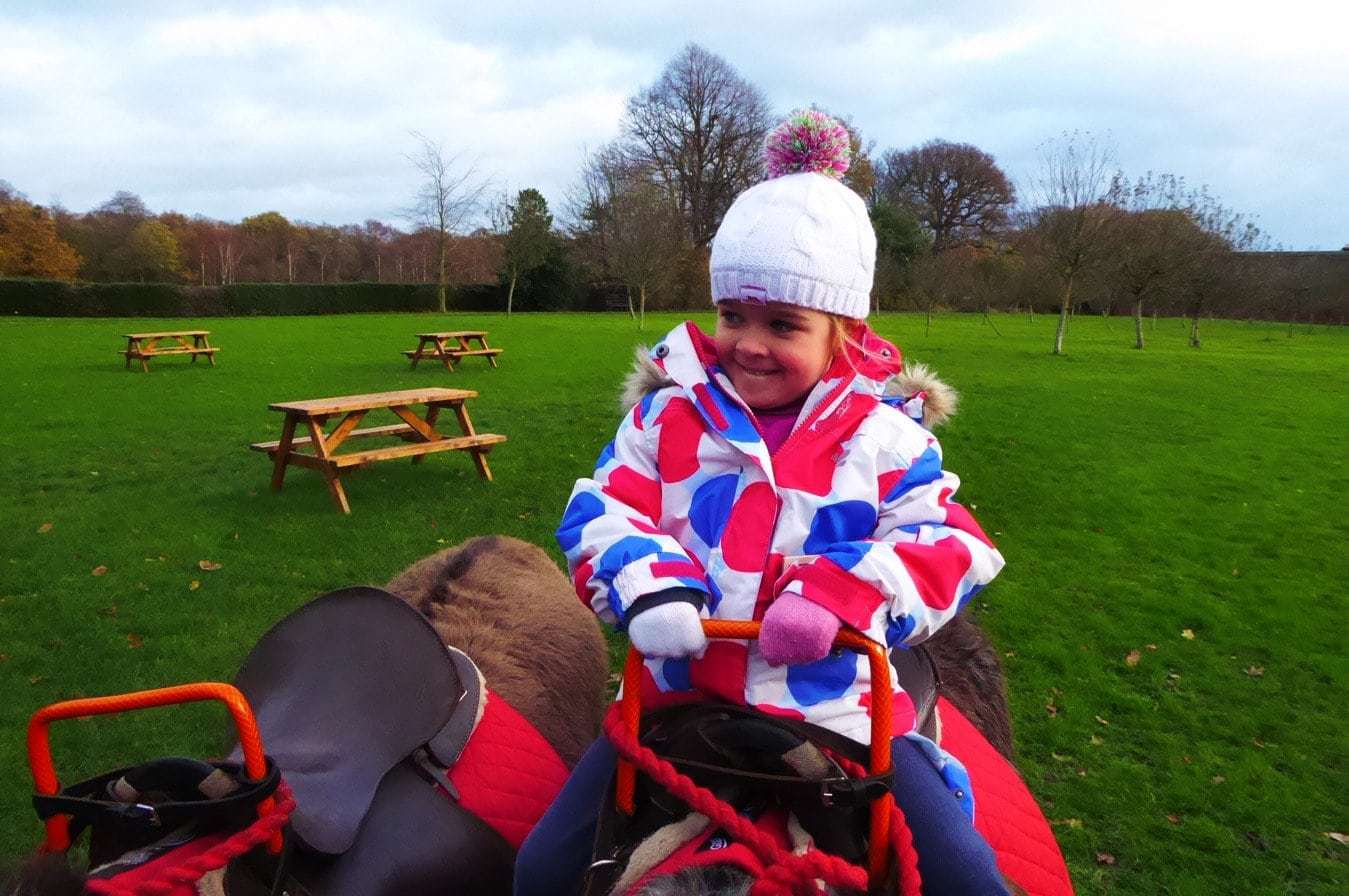 The donkeys were named Gavin & Stacey and the ladies who were looking after them took the girls round for a little trip. You can see from there faces that they loved it! There was no additional cost for this, but all donations were welcome.

The next thing we did was to explore the maze (we perhaps should have taken the opportunity to see Santa then before everyone else turned up but more on that later).  The maze is not only lots of fun, but is right underneath the flight path so we always take the opportunity to try and guess where the planes are going when they fly overhead.  You get a great view of the Mersey from the top of the bridges too. 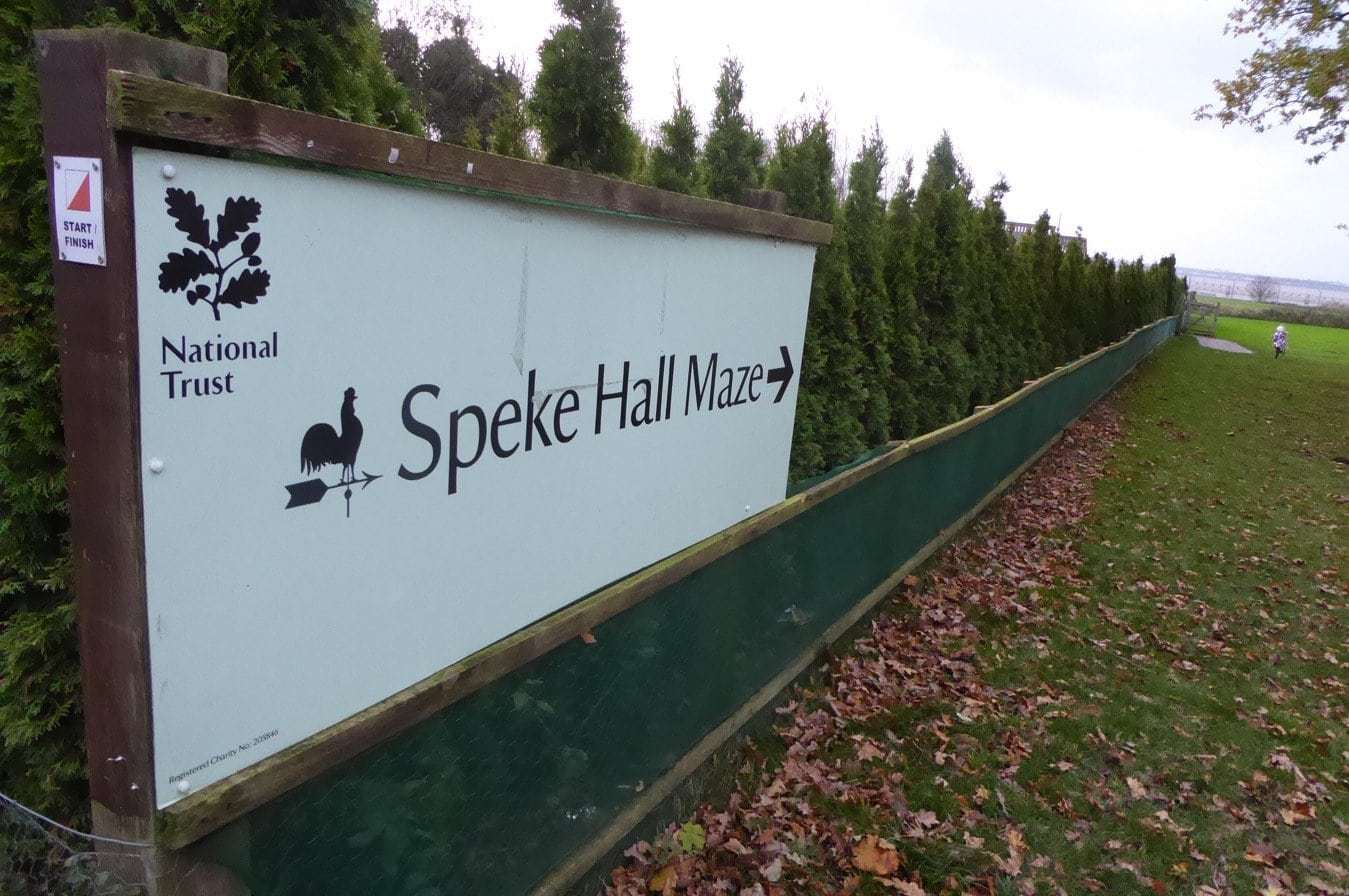 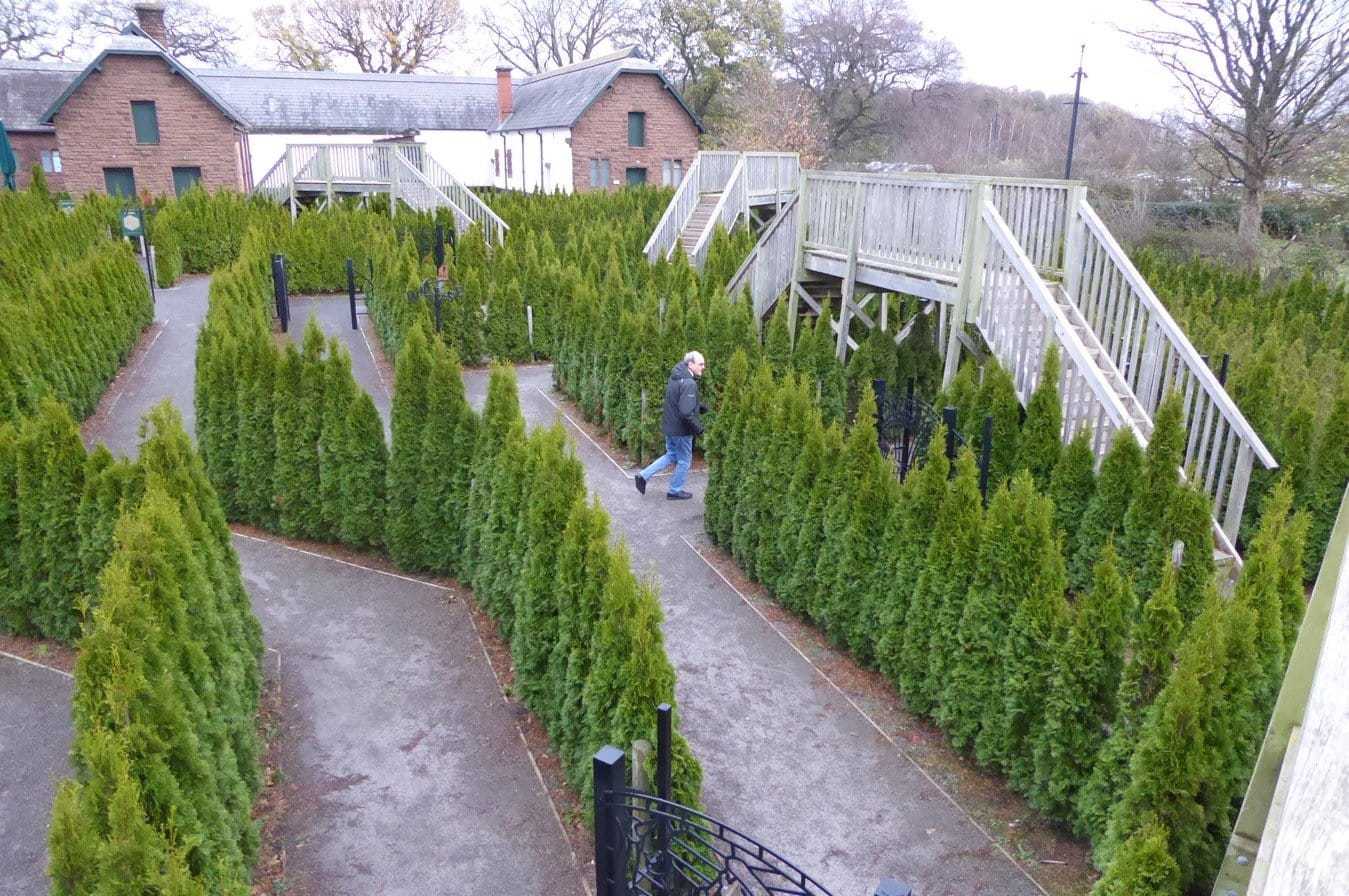 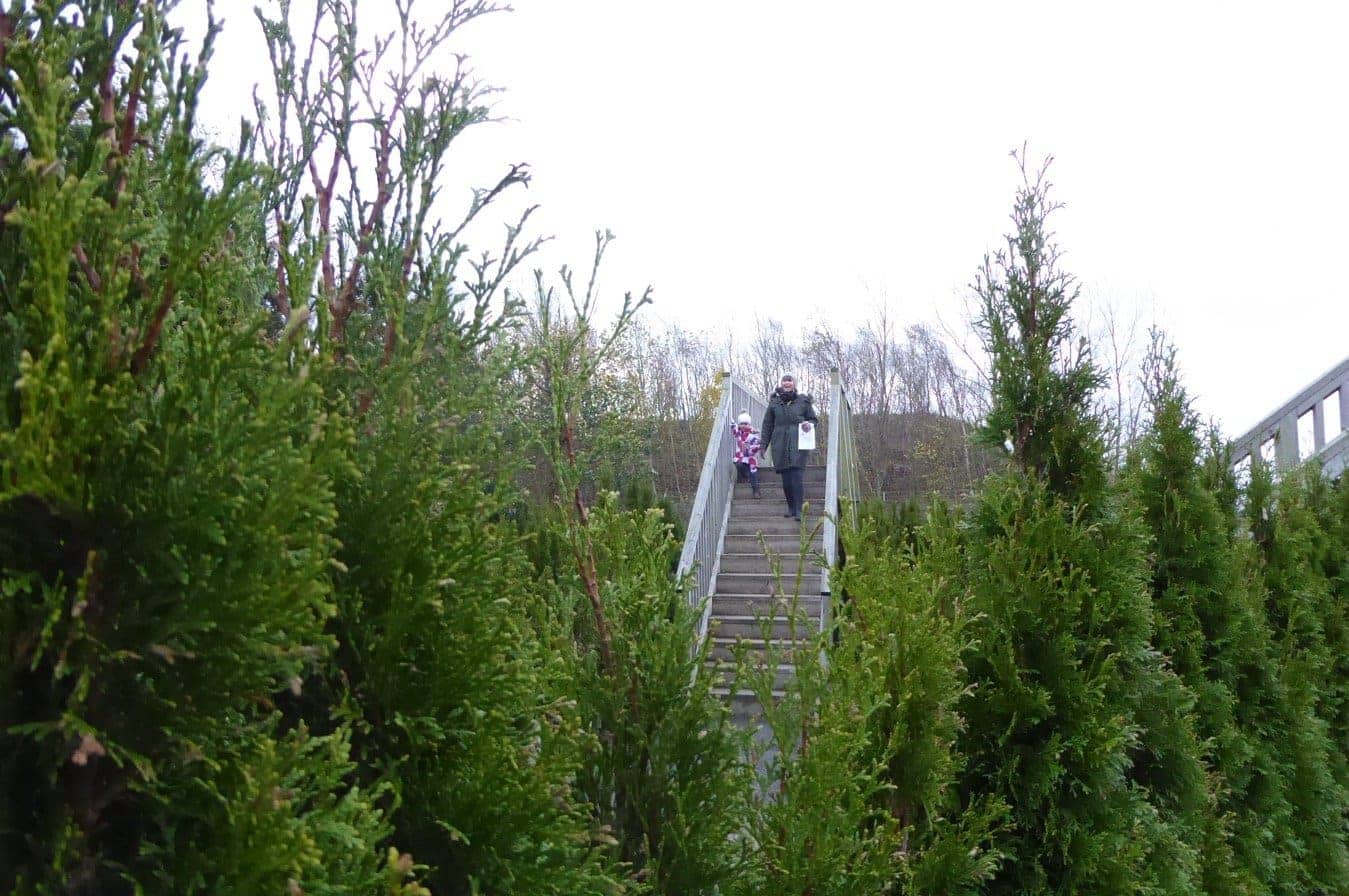 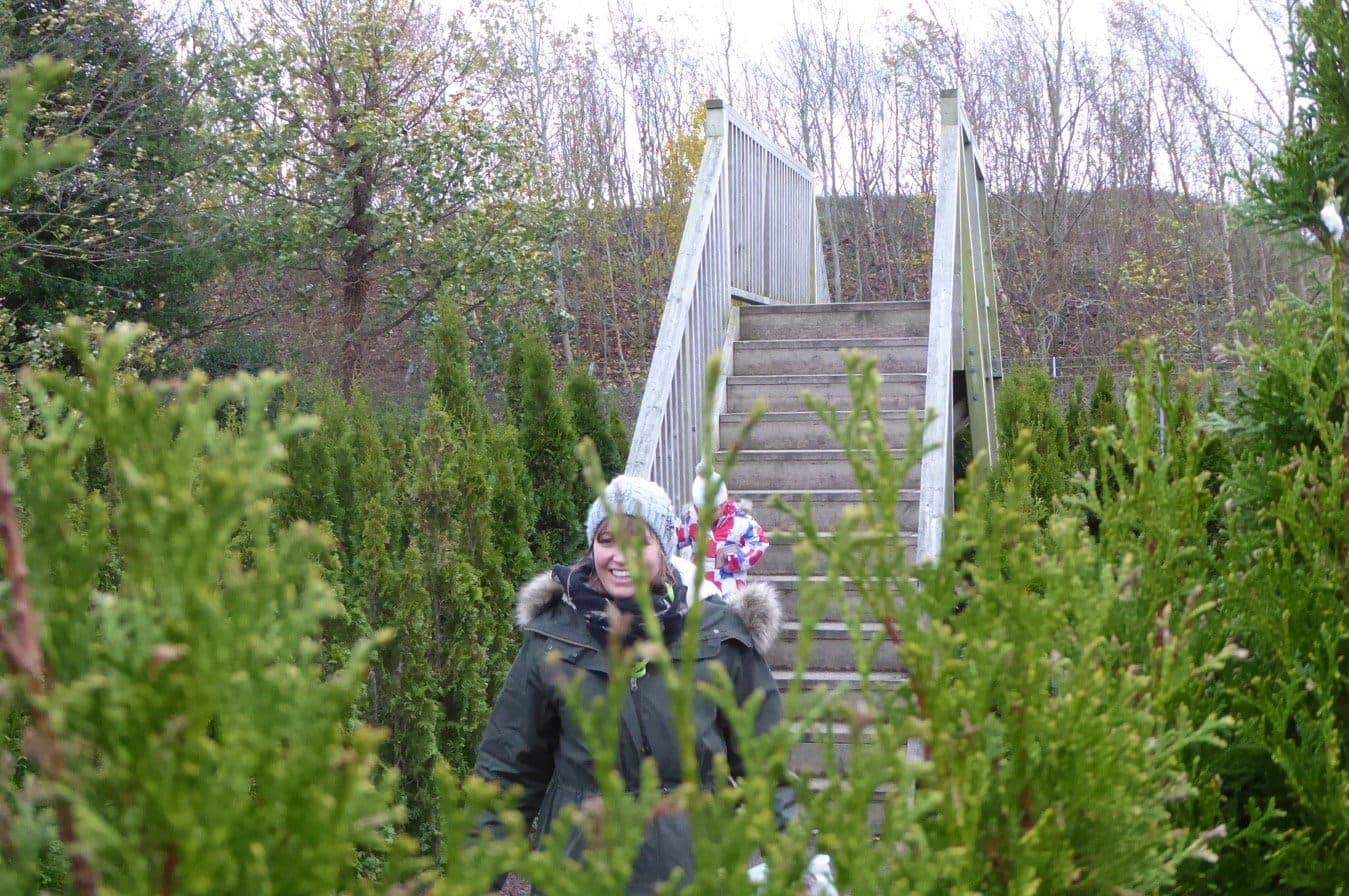 The Maze is right next to a decent playground. We don’t often spend a lot of time in this playground as the girls usually want to head round the back of the playground into the woods and find the zip wire.  The trails through the woods were closed however due to the high winds so we spent quite a bit of time playing in the playground before heading into the cafe for lunch at 12. 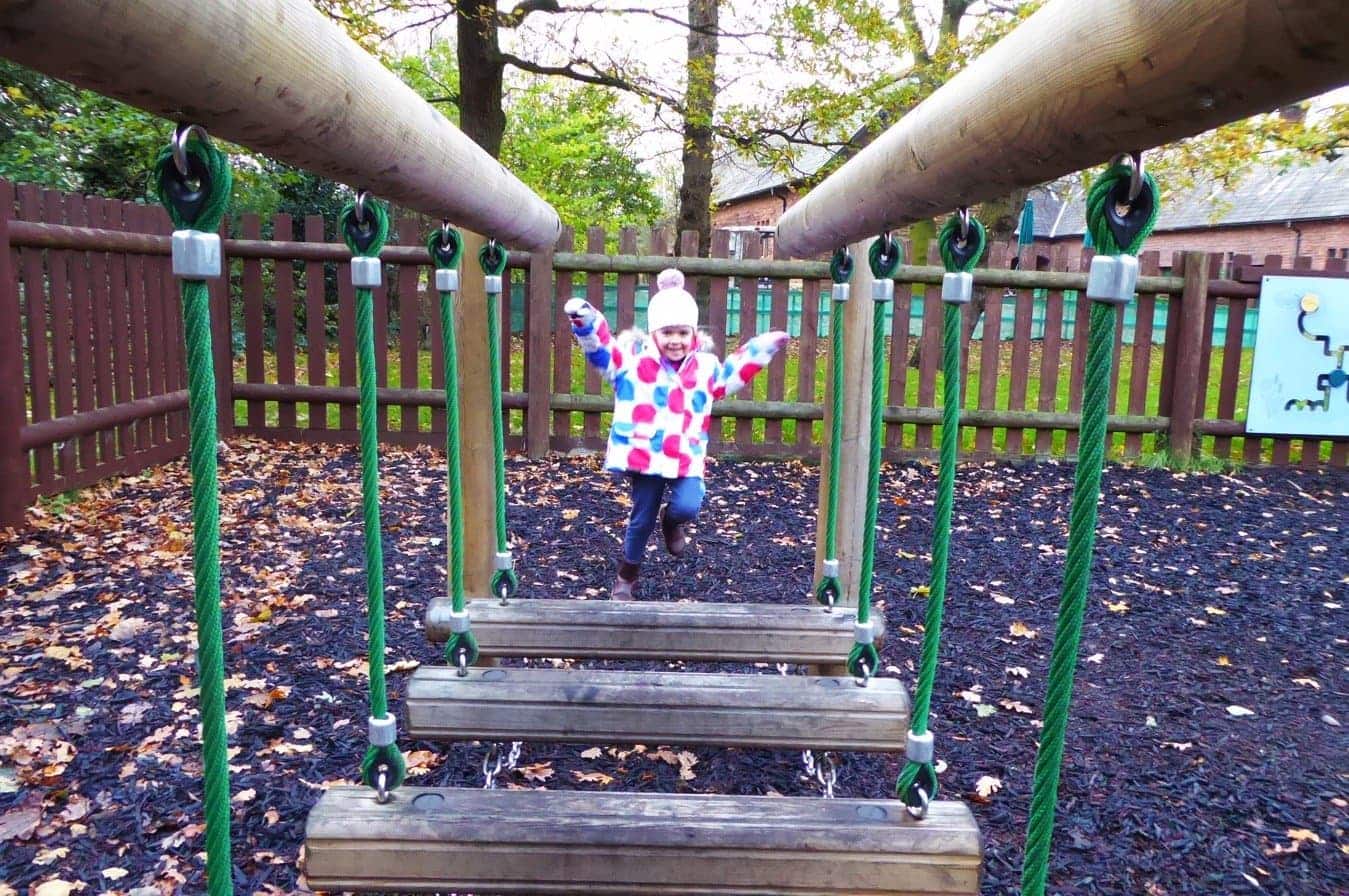 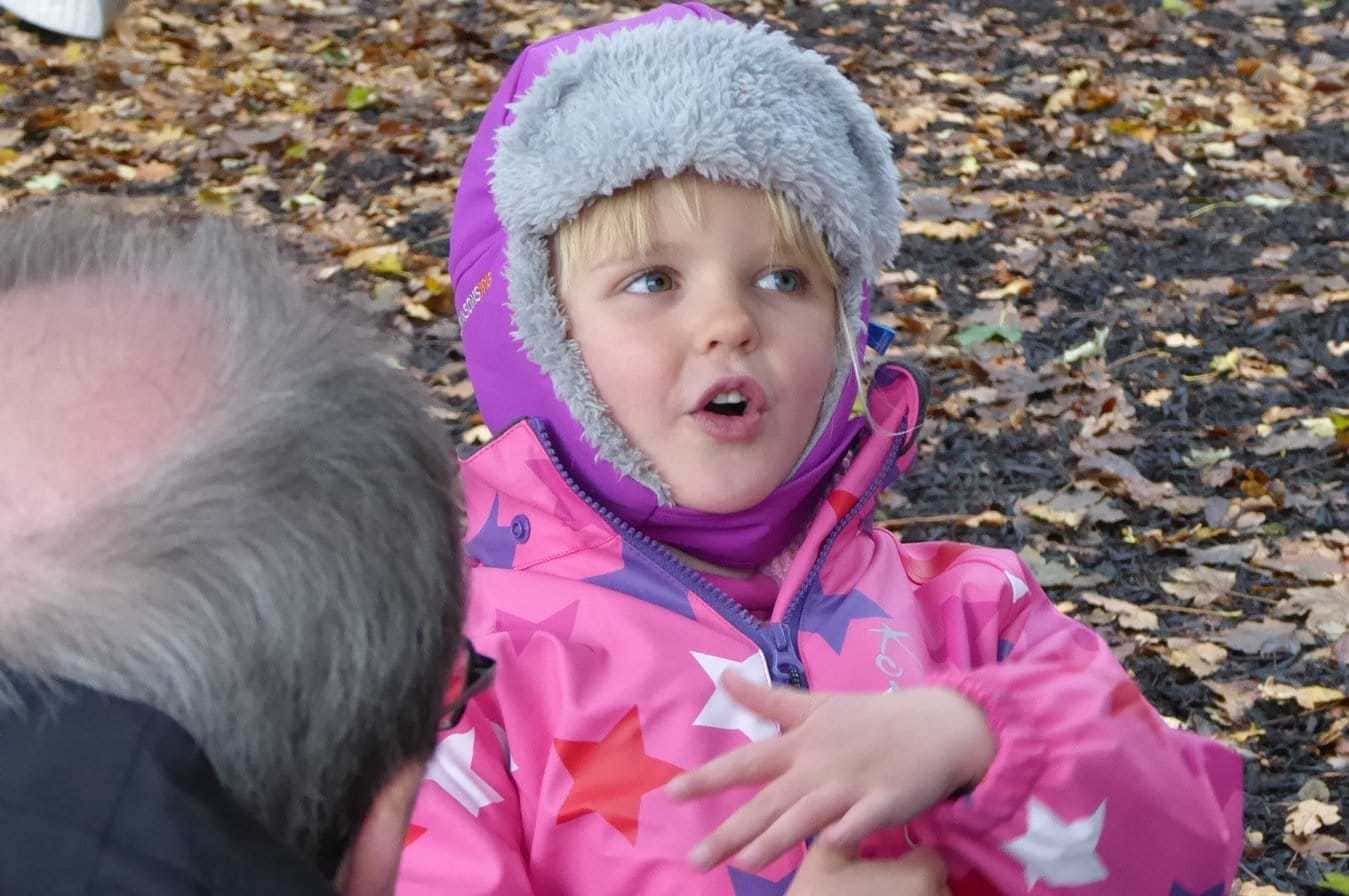 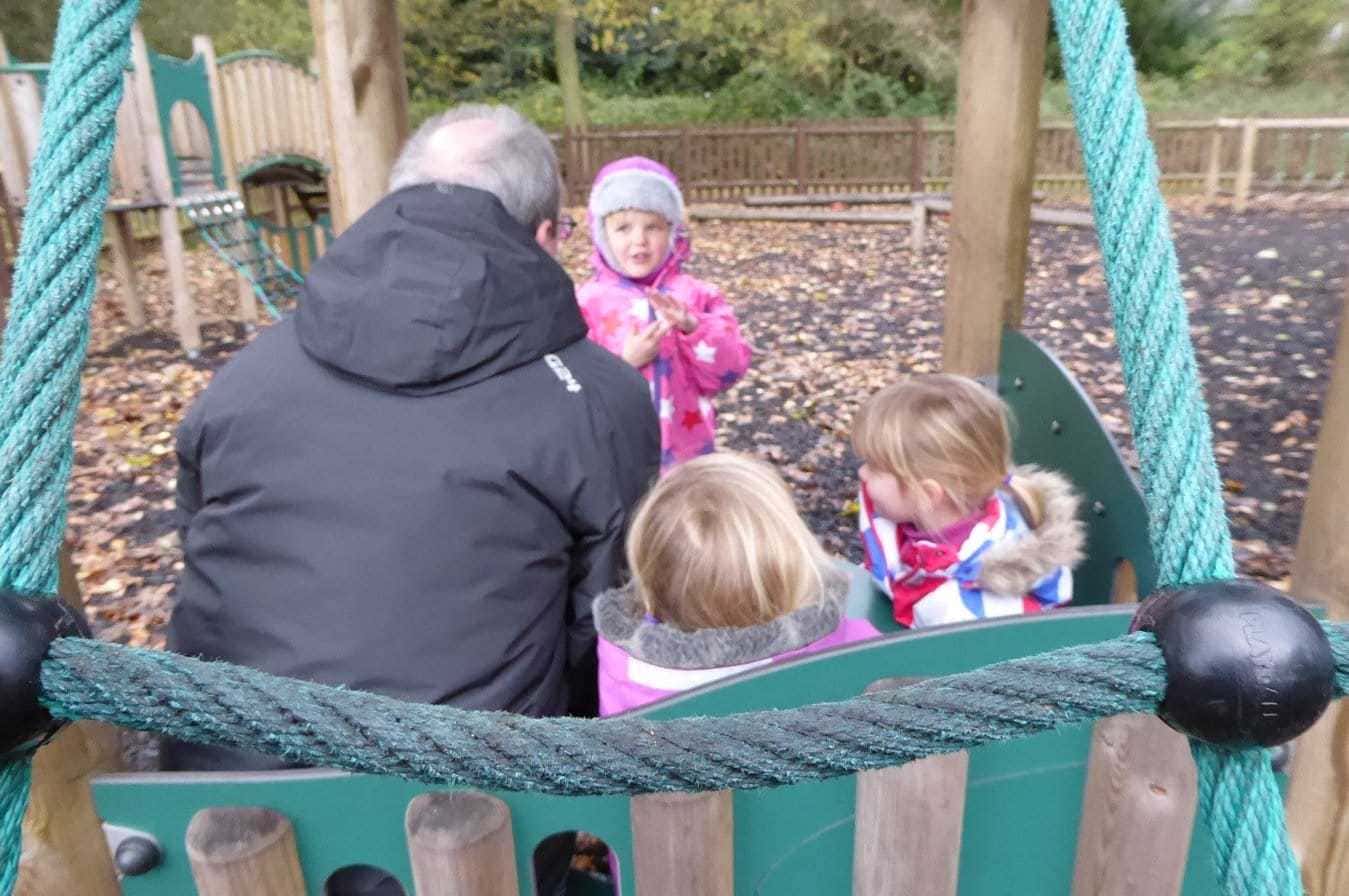 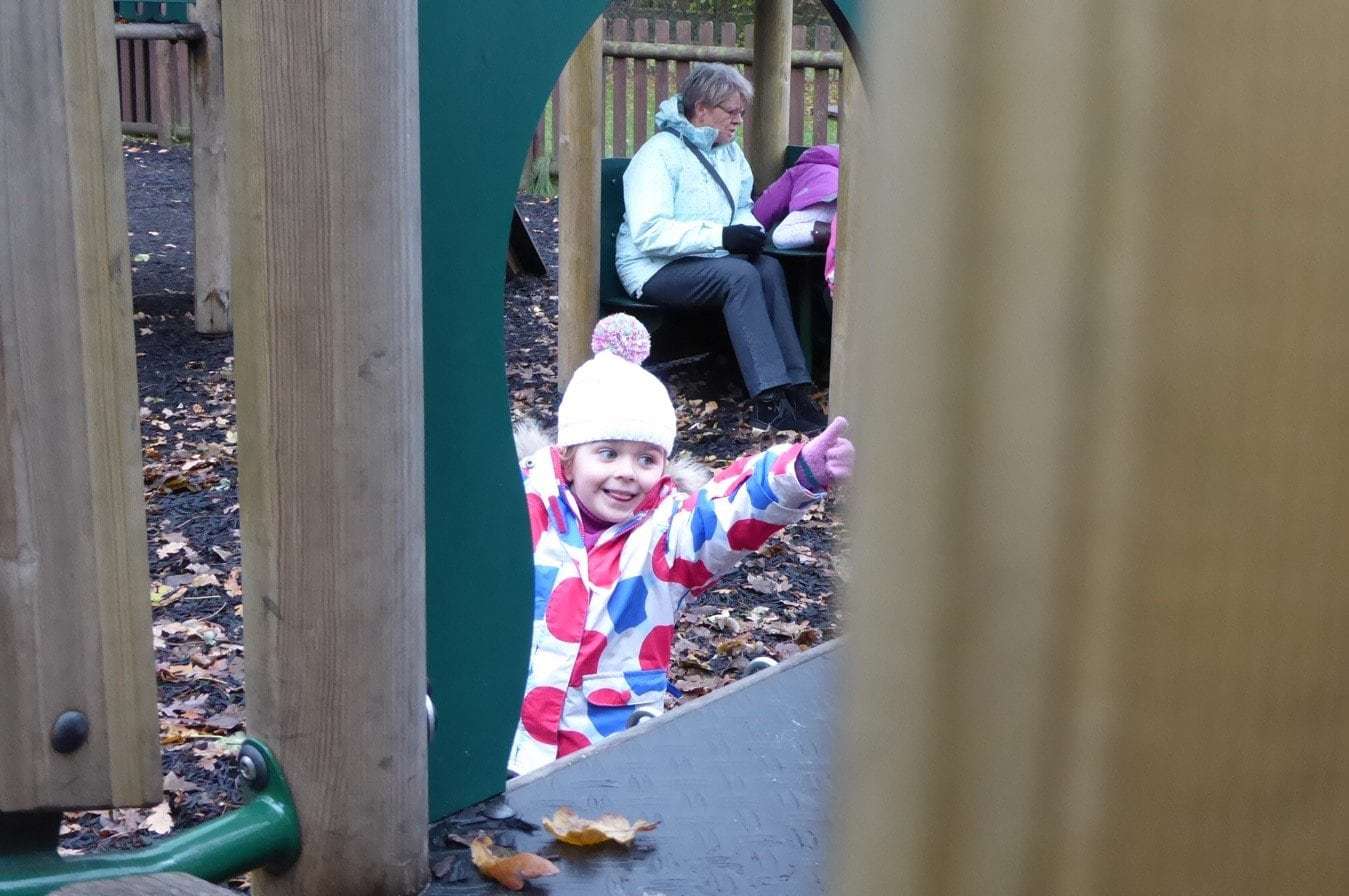 The cafe at Speke usually gets pretty busy (as its really good) so a top tip is to eat early at 12pm like we did, or after about 2pm.  The girls had their snack boxes and chose ham sandwich, crisps, a drink and a chocolate crispy cake.  The crispy cake being at least as big as Eve’s head! 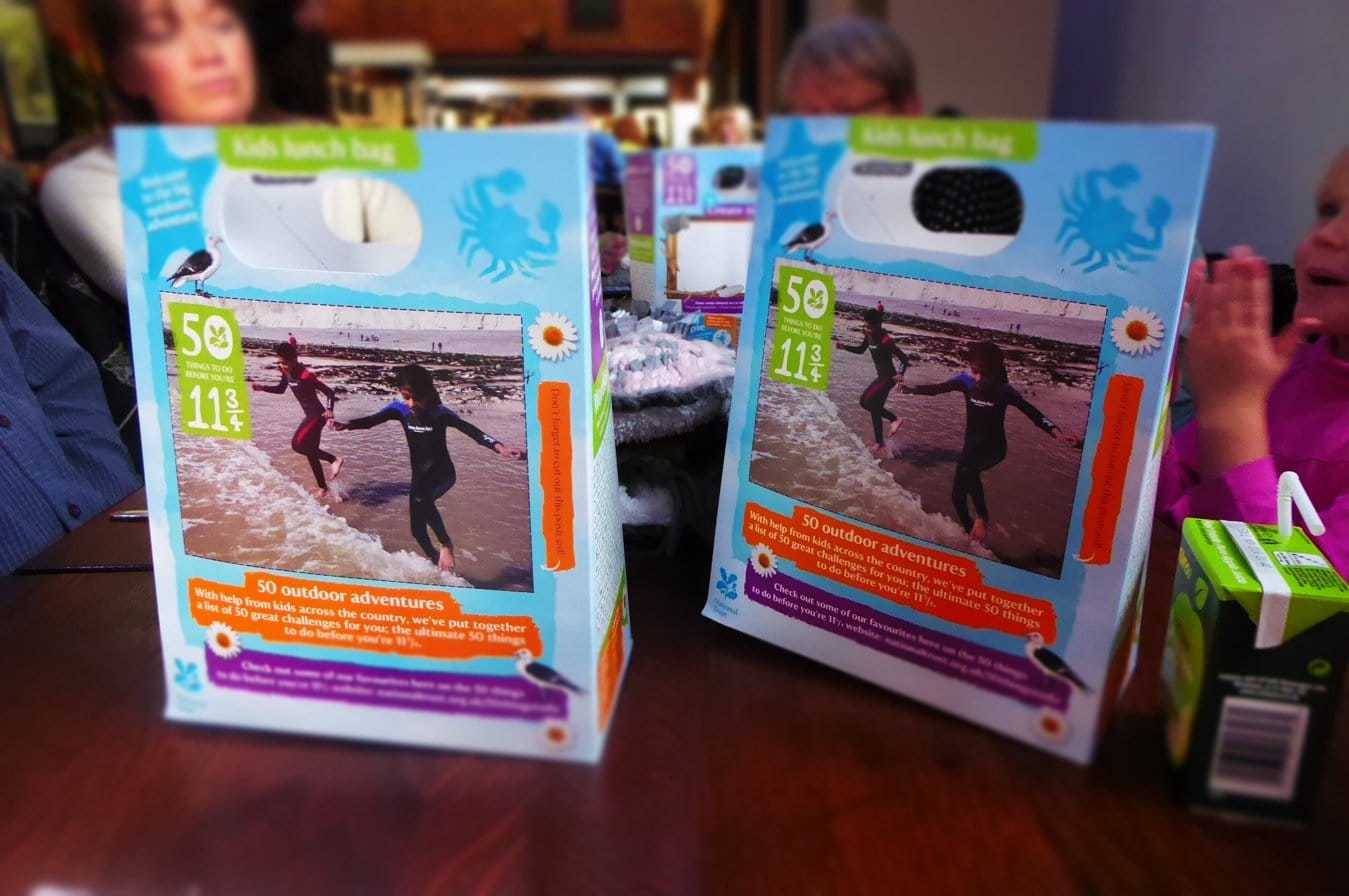 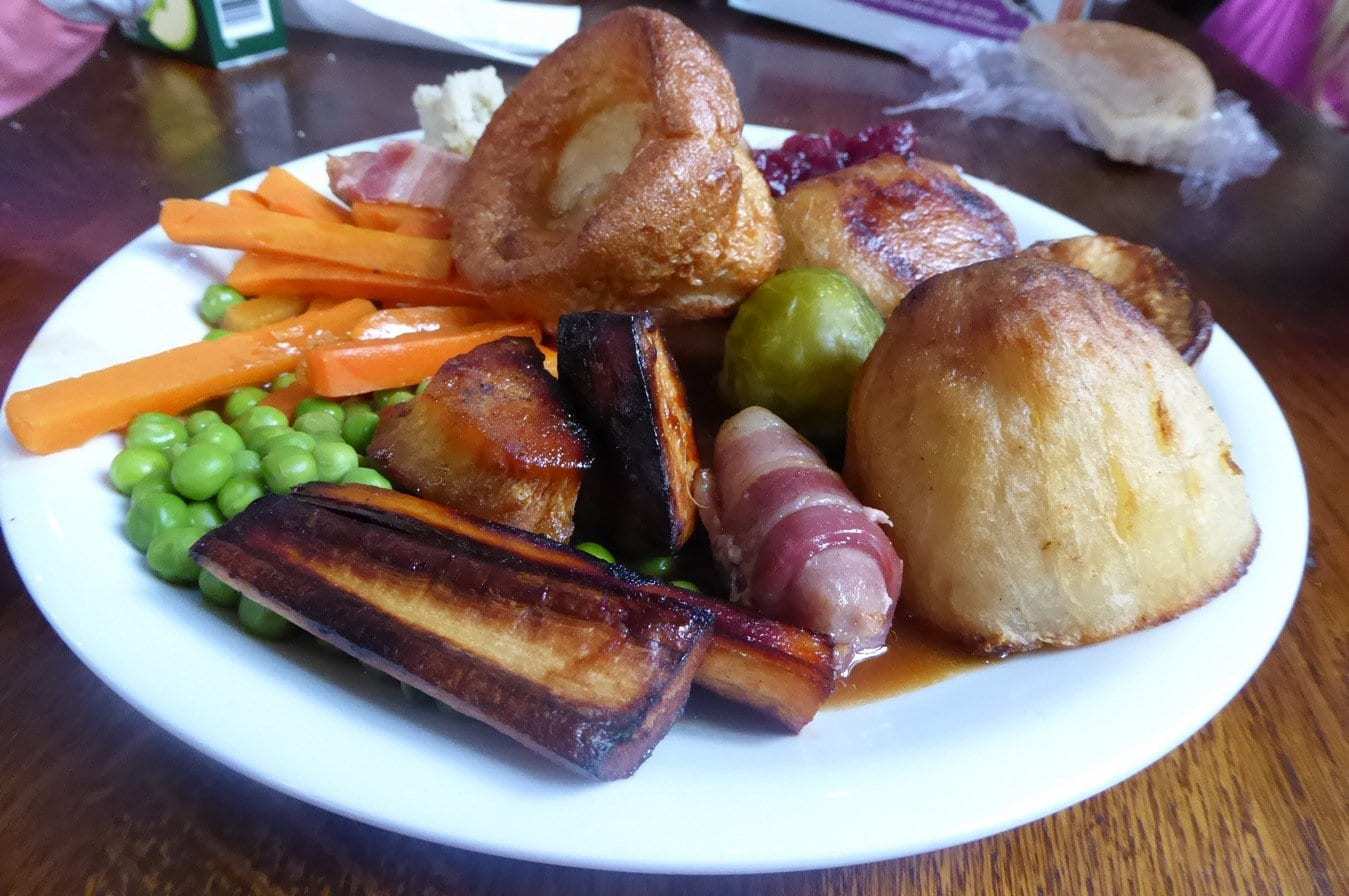 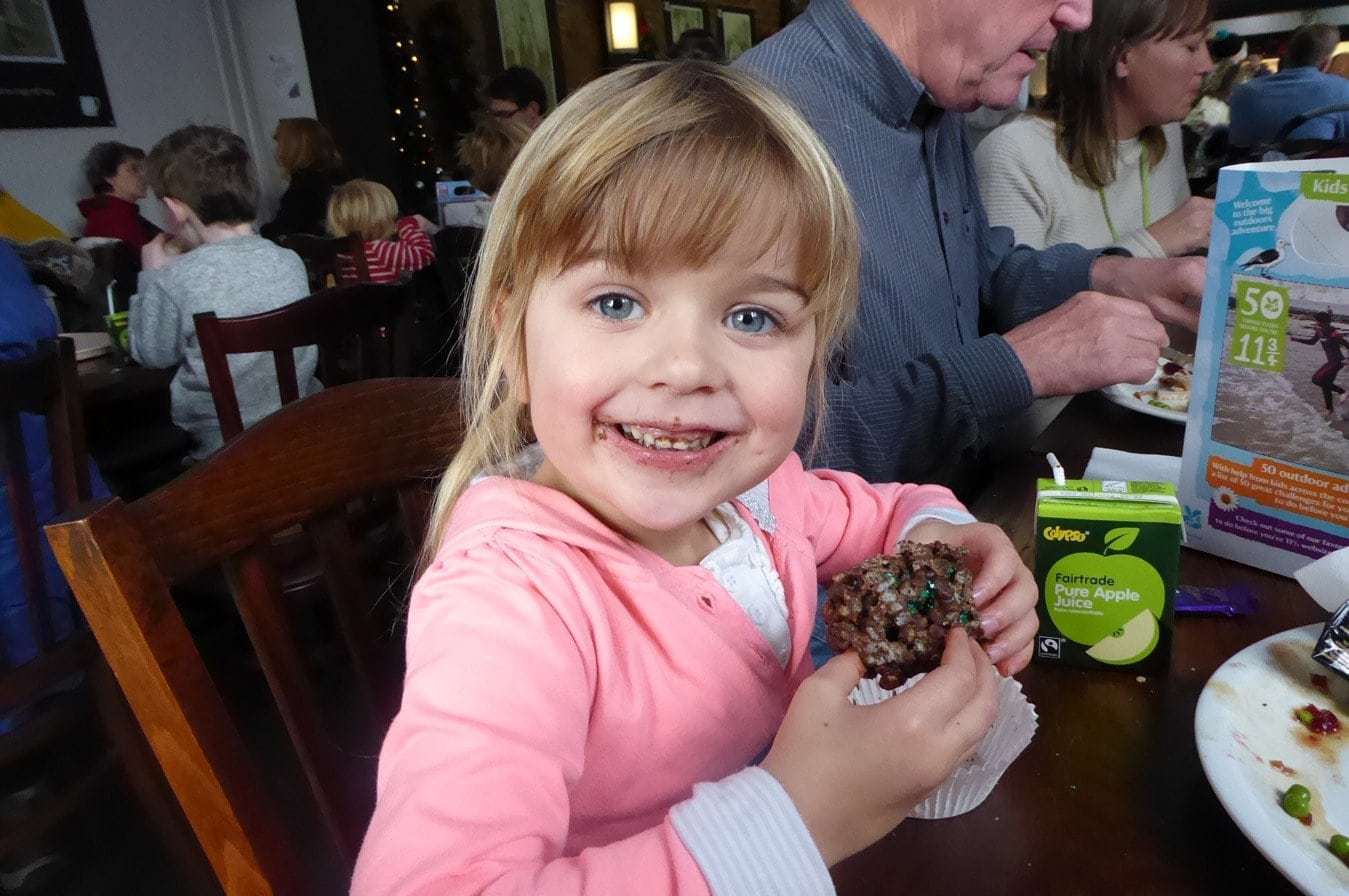 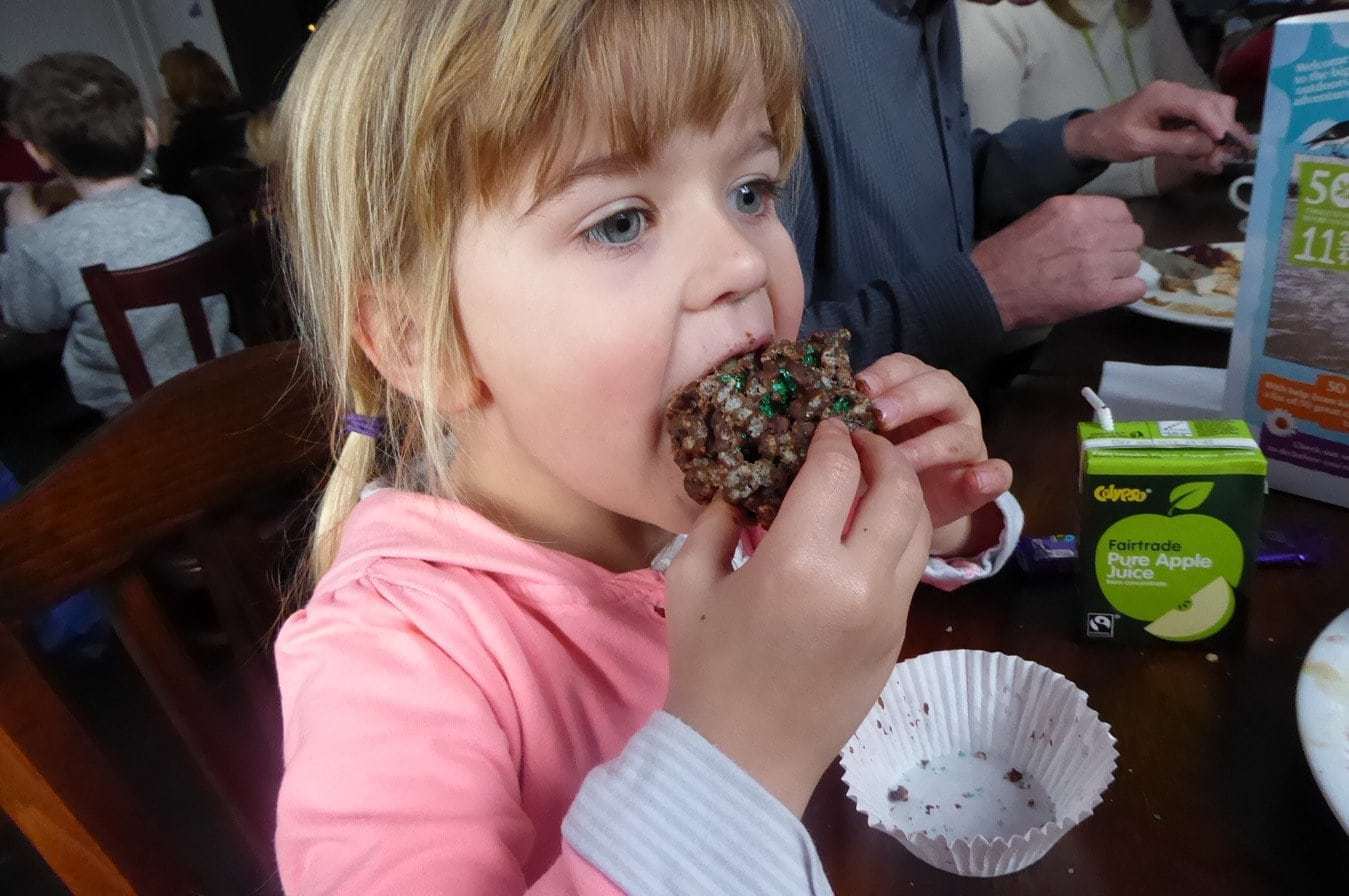 After we had eaten, it was time to head into the house, which opens at 12.30.  The Missing Mice Trail was great fun and all the girls were given a clipboard, pencil and leaflet to complete on their way round. There was a mouse hidden in most rooms somewhere, this is a great idea to keep their interest as you wander round the house.  There is also a place to leave bags, coats and buggies so you don’t feel like you’re carrying everything round with you! The National trust volunteers, were lovely, as always, and made lots of time to either help the kids find the mice in each room, or just chat to them generally about Christmas.  The highlight for the girls in the house was probably making sugar mice in the Victorian Kitchen. The mice clearly lasted seconds after they had been made, but it was a very cute idea (and free!). 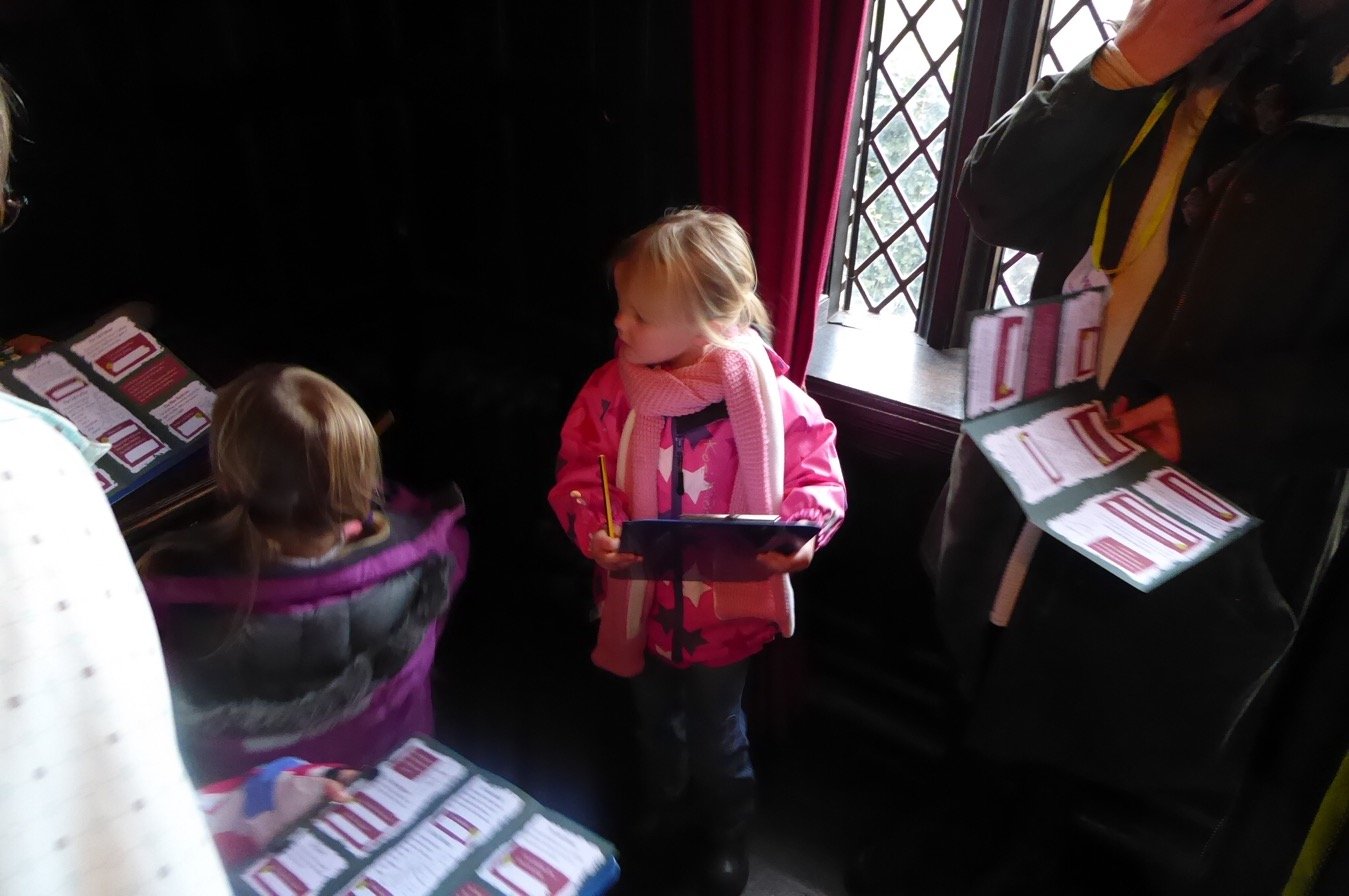 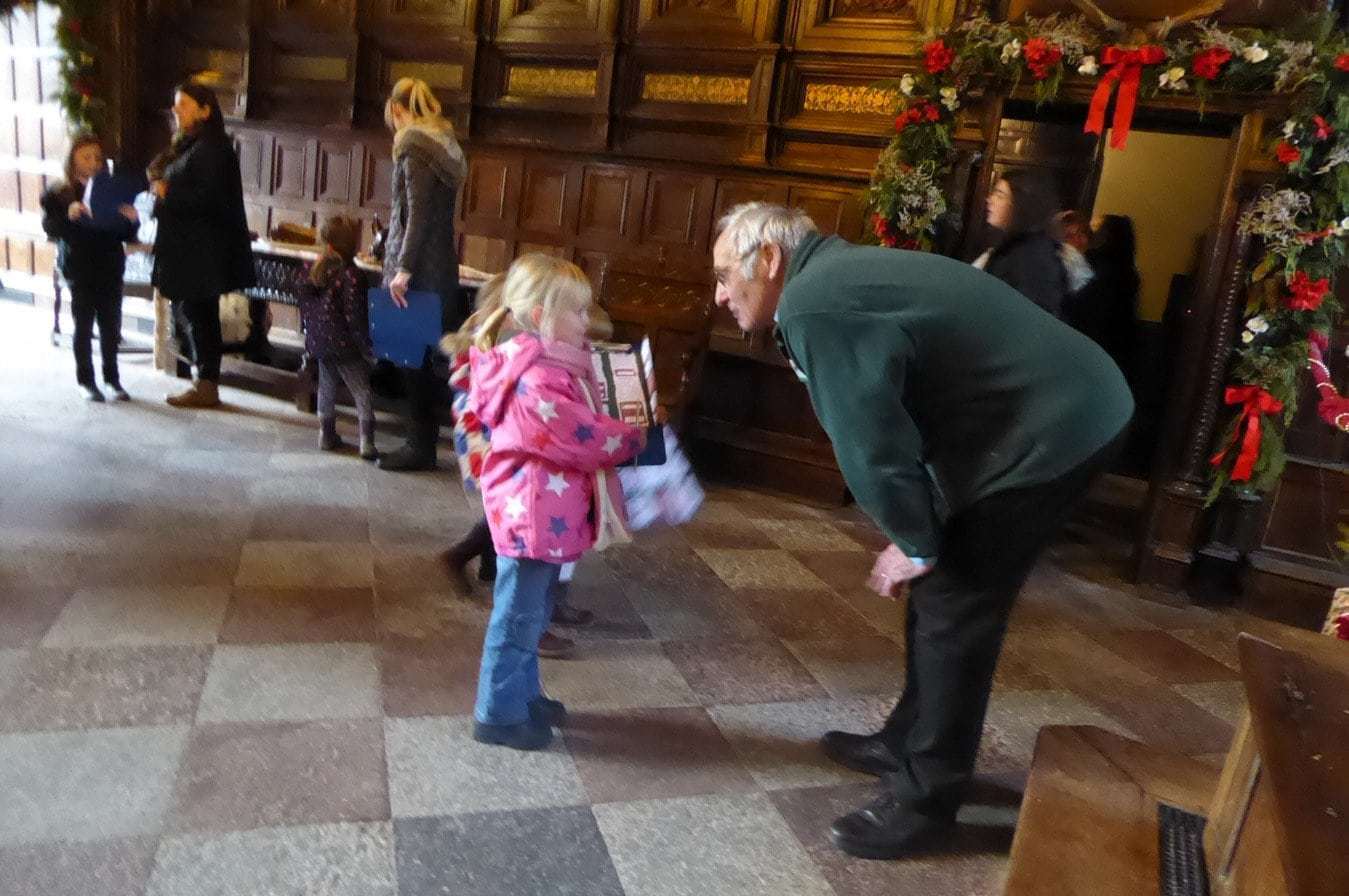 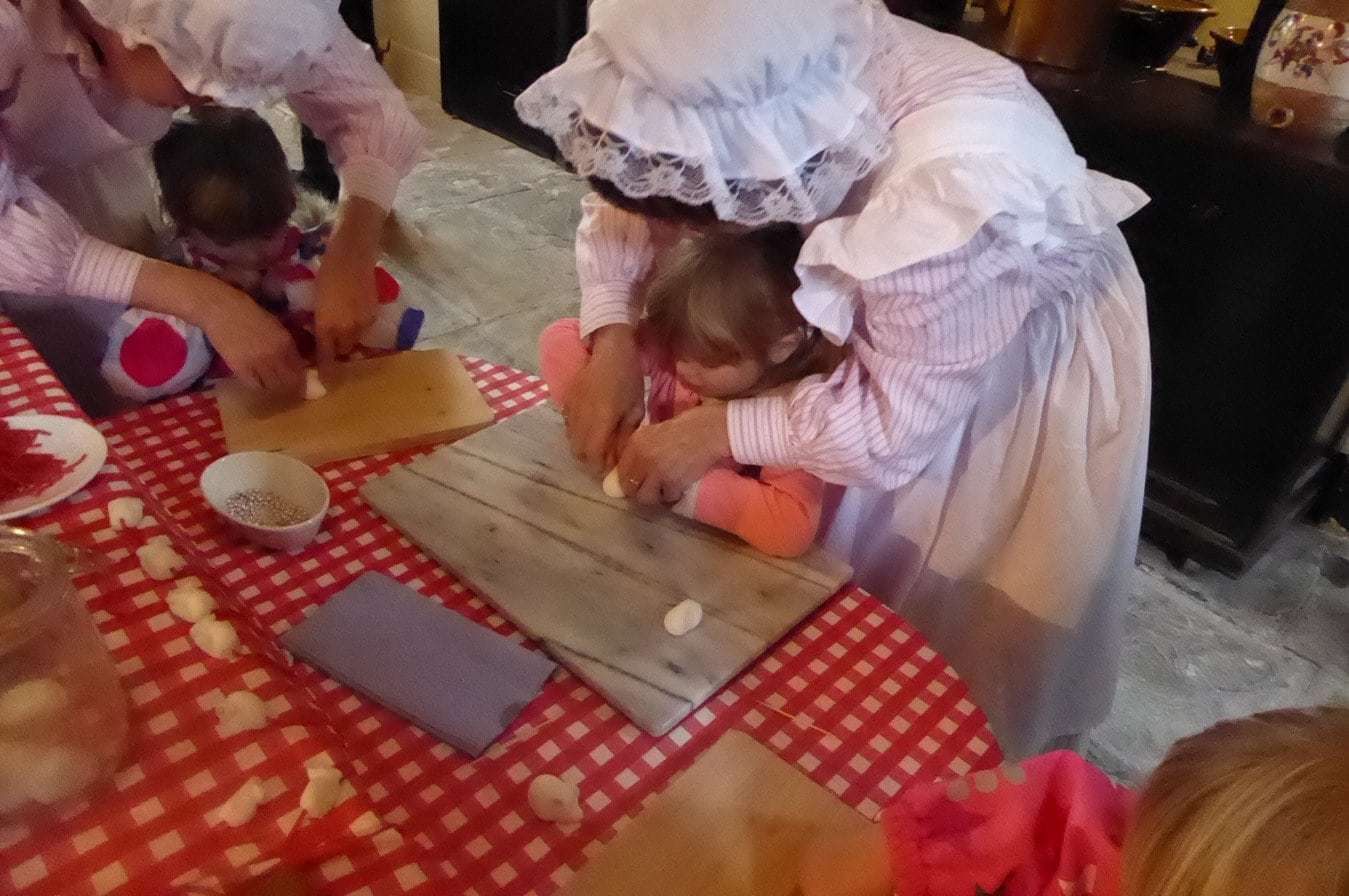 Finally we made our way  to see Santa. This was the only disappointing bit about the day, and my top tip would be to see Santa at 11am as soon as you arrive if you are going to do that.  We queued for half an hour outside (in the rain) only to get into the room and find an 1hr wait to see the man himself.  Having seen Santa at the school fair the day before we persuaded the girls that Mrs Claus could pass a message on instead of waiting in a crowded room for an hour with lots of other excited children.  We instead retreated back to the cafe and had some of the fabulous cake the National Trust always seem to have on offer to tempt you. 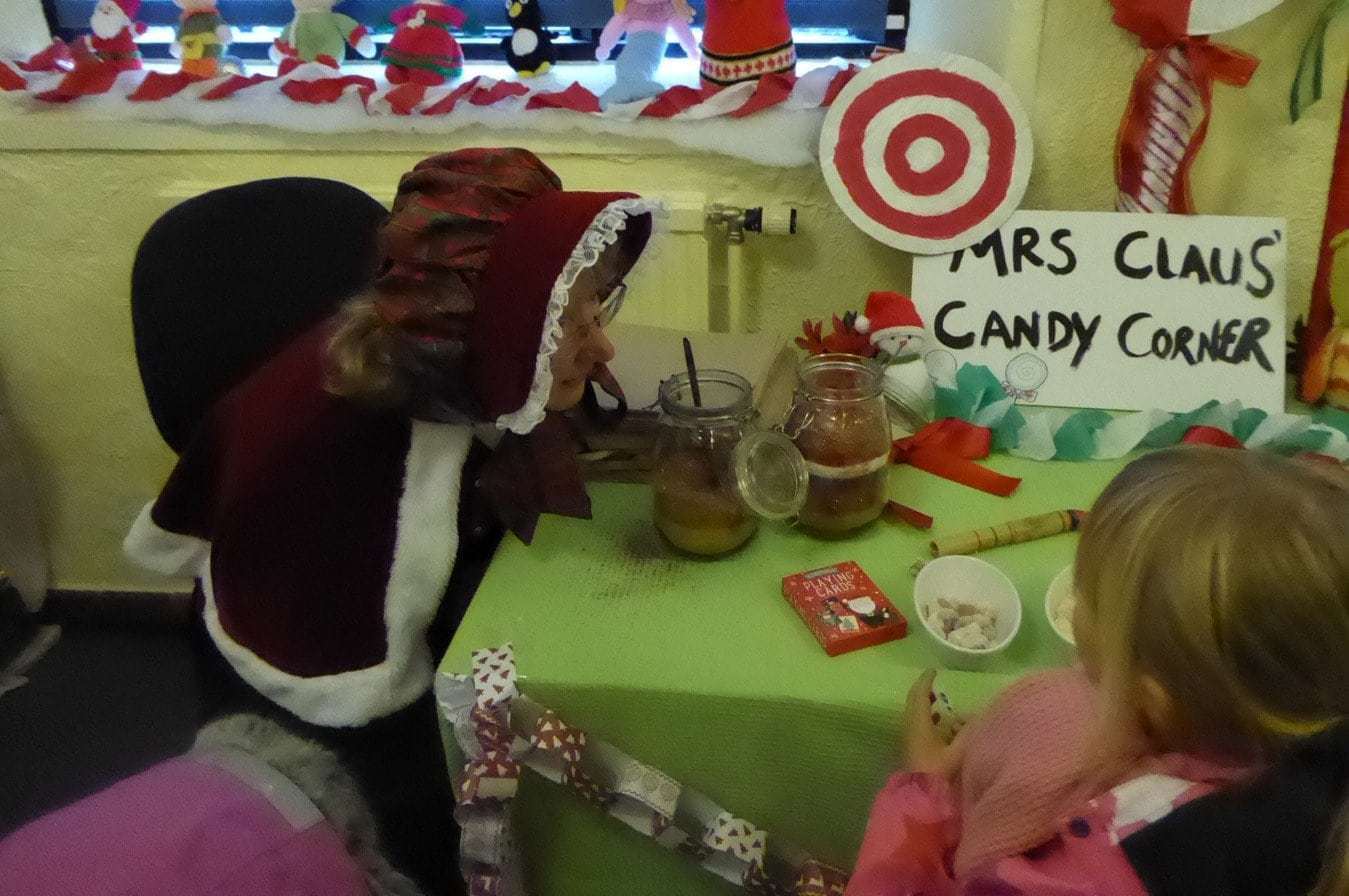 ← Previous
The Tiger Who Came to Tea Live, West End 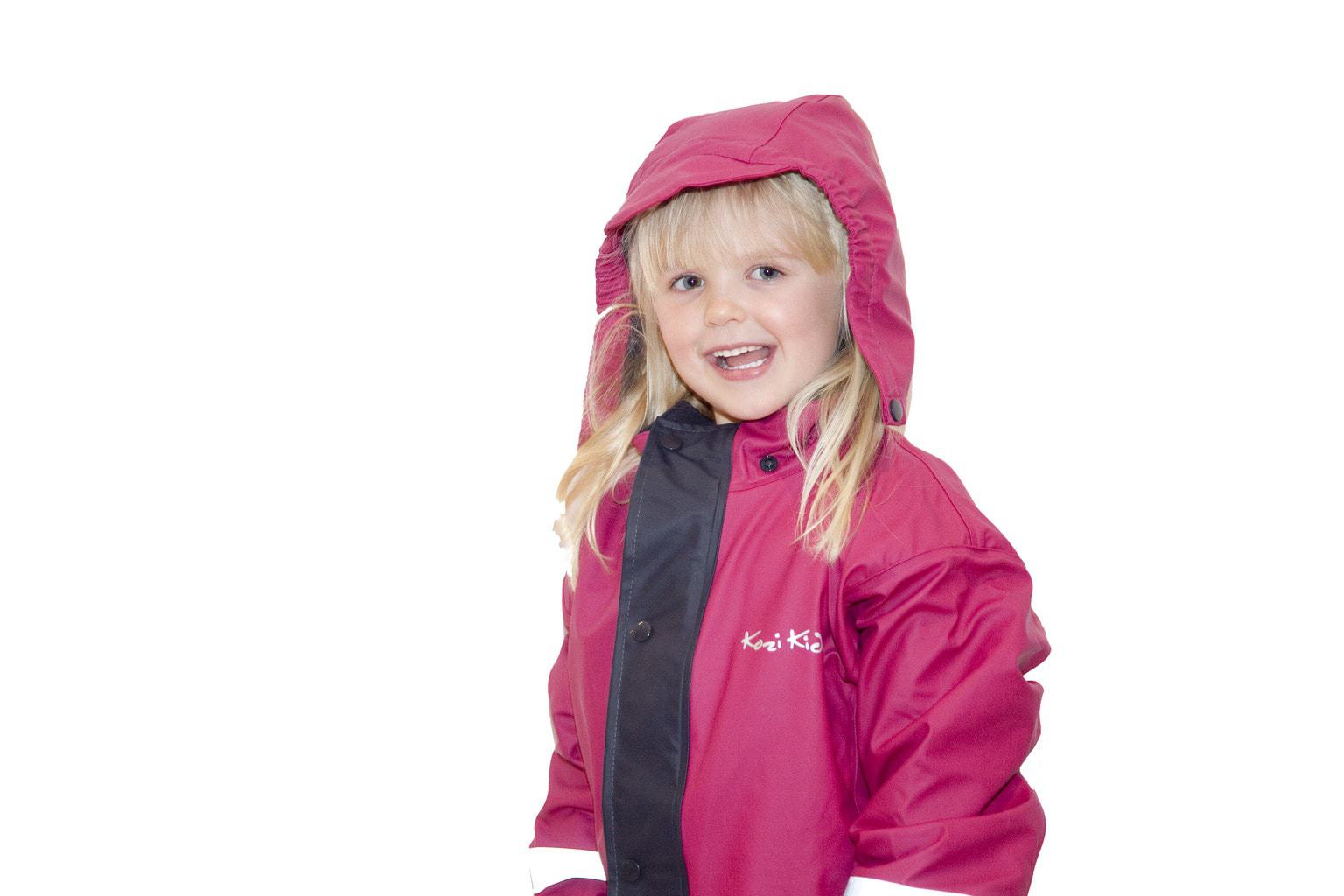 What an amazing adventure! I love the way that the National Trust does these sort of things - they really put a lot of effort into making them family friendly. Shame about the queue to see Santa though - lucky you had seen him the day before! #CountryKids

Wow this place looking amazing! Especially at Christmas. I love the maze, it looks so much fun! I can't get over how many little activities there are. I love that you can ride on donkeys too and that you get to make some yummy sugar mice. Thank you so much for linking to #whatevertherweather. xx

Wow that was a long wait for Santa and wouldn't have been an option for us. I think you made the right decision. It does sound like you had a lovely day though #CountryKids

What a fantastic day out (if we ignore the Santa bit). It looks like the National Trust put a lot of effort into it - it is a bit far for us but it is worth me looking at what nearer properties do. I love that the donkeys are called Gavin and Stacey lol.