My daughters are massive fans of Tom Gates, as are most of their friends and classmates. They are often found giggling away behind the cover of one of Liz Pichon’s wonderfully illustrated books. Naturally, they were both delighted to be going to see Tom Gates Live on stage for the first time, and were curious to know which of the 15 books the show would be based upon… just in case, they re-read at least three of the books that week.

It seems director Neal Foster and Liz Pichon faced the same questions when they first embarked on bringing Tom Gates Live on stage. But rather than debate which book would best lend itself to stage adaptation, Liz and Neal decided to work together to create an entirely new story for TOM GATES Live on Stage. You can imagine the delight for my Tom Gates fans; not only would they see Tom on stage, but they would get to enjoy yet more of his highly amusing antics.

Tom Gates is a lovable and 10 year old boy, who has all the right intentions, but things never quite go his way. He stumbles through a series of comedic mishaps, trying to make things right and keep his well-meaning parents and grandparents (known to Tom’s fans as The Fossils) happy, whilst keeping his older moody teenage sister, Delia, at bay. Toms supportive friends are by his side through all his misadventures, and provide much for 10 year olds in the audience to identify with.

Tom loves to draw, as does author Liz Pichon, who started life as a graphic designer before moving to illustrating, and then writing, books for children. The universal appeal of the Tom Gates books lies in the humorous writing style, and the wonderful illustrations, which often make my children giggle out loud and stop and share what they are reading. Tom’s doodles of his inner thoughts and imaginings, also bring the stage play to life, facilitated by very effective set design, which allows Liz Pichon’s illustrations to appear in real time. 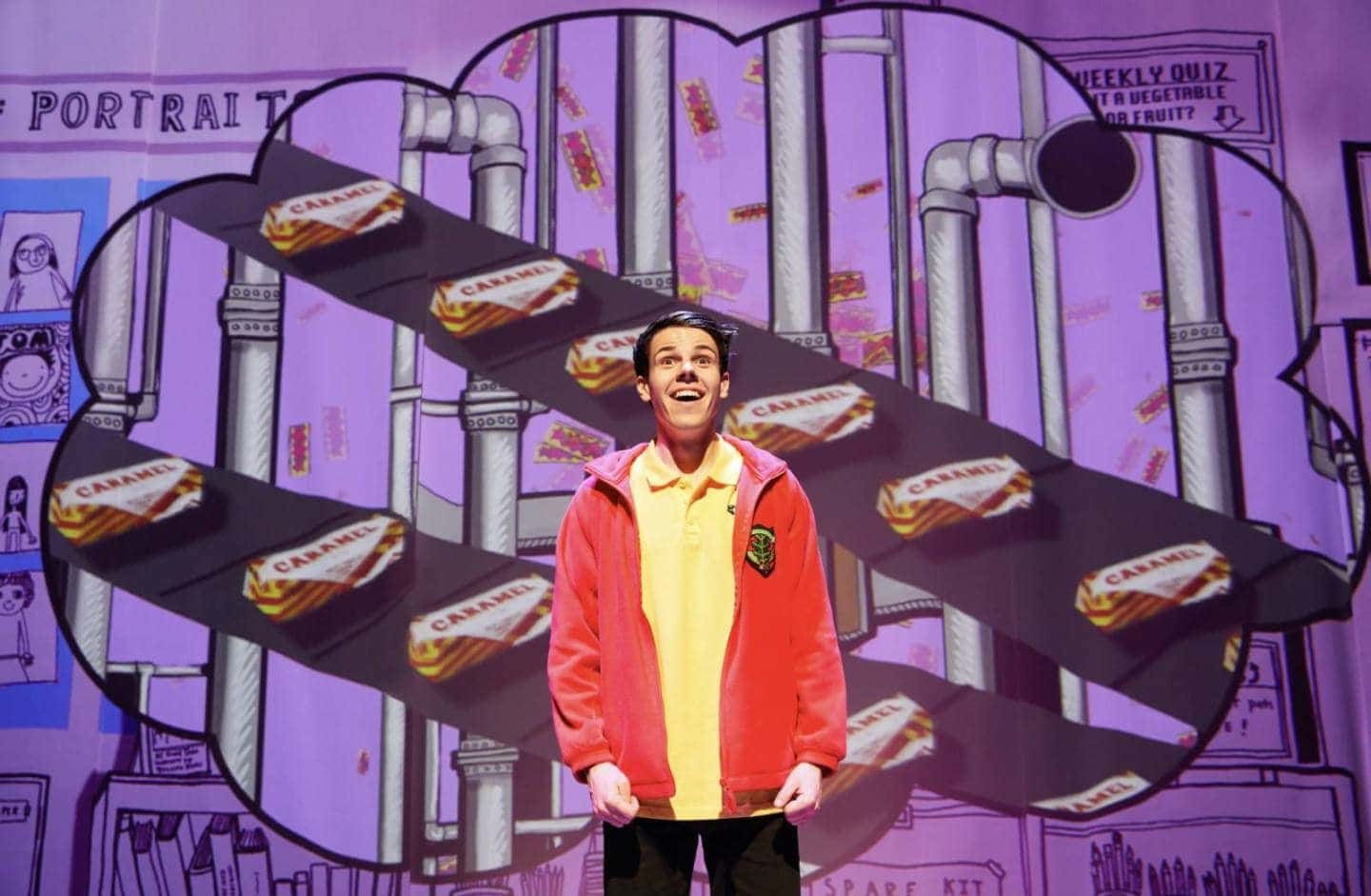 TOM GATES Live on Stage! is based upon a school trip; an extremely important subject for any child of school age. We watched as Tom tried to hit his targets at school to be allowed to attend the trip. It appears Tom shares his misfortune with his father, who inadvertently jeopardises Tom’s goals. And as Tom strives to put everything right, his band the Dog Zombies play songs based around the important subjects of school dinners and tea cups, written by Liz Pichon’s husband & composer, Mark Flannery.

The clever set design, music, and acting really did credit to Liz Pichon’s wonderful characters and humorous writing. There were many moments when the audience were laughing out loud and cheering along. And, as an adult, I can now genuinely understand why my children find the wonderful world of Tom Gates quite so amusing.

TOM GATES Live on Stage! Is at Liverpool Empire until Sunday 21st April then touring the UK throughout 2019.