On Saturday, I took my daughters, aged 8 and 5, to see The Magic Beanstalk at the Sale Waterside Arts Centre. The play was the story of a boy called Jack and his mum who have fallen on hard times and are facing eviction from their caravan.  Jack sells their cow (and Jack’s best friend), Daisy, for a handful of magic beans. His mum goes crackers, throws them out of the window and overnight up grows a giant beanstalk. So far, so familiar. When Jacks climbs the beanstalk, though, he finds himself in the midst of a lecture by giant scientists who are explaining how photosynthesis works (!!).  The chief scientist explains that he hates humans because they cut down trees.  He explains that this means that there are fewer trees to take in carbon dioxide, resulting in the planet getting hotter. Jack manages to escape with the help of the friendly chief scientist’s apprentice, but not before he has learned how to save the planet (and himself) by cultivating plants for food.

The show is performed by 3 puppeteers.  In the first half of the show, all the characters are puppets with the puppeteers doing the voices.  When Jack has climbed the beanstalk, two of the puppeteers become the giant scientists. The backdrop was simple but very clever. A Cornish coastal scene was pictured on a giant blackboard with the puppeteers and puppets standing in front of it.  The picture was then rolled up with a handle (like toilet hand towel dryer) to become clouds and eventually a rainbow as Jack climbed higher and higher up the beanstalk.

The puppetry was really brilliant with the puppets’ movements and gestures really mirroring the storytelling (although the skill was entirely lost on the kids I’d have thought) and there were quite a few jokes to keep the adults entertained.  The best and most entertaining part was the scientist bit, as they staged three experiments to illustrate how carbon dioxide works, including making a massive geyser out of a bottle of lemonade and a few mints.

The show is advertised as suitable for 5 and up, which I think is about right, as the science bits were quite complicated and the puppets are fairly small (so less likely to keep little ones engaged, especially if they’re sitting towards the back). 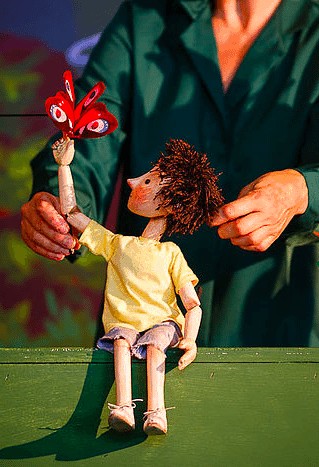 After the performance, the three puppeteers were selling lovely educational activity packs, linked to the national curriculum, which contained templates for making your own puppets and lots of activities related to the themes in the performance.  They also stayed around to let us all meet the puppets, and patiently answered masses of questions from the children about how puppets work. 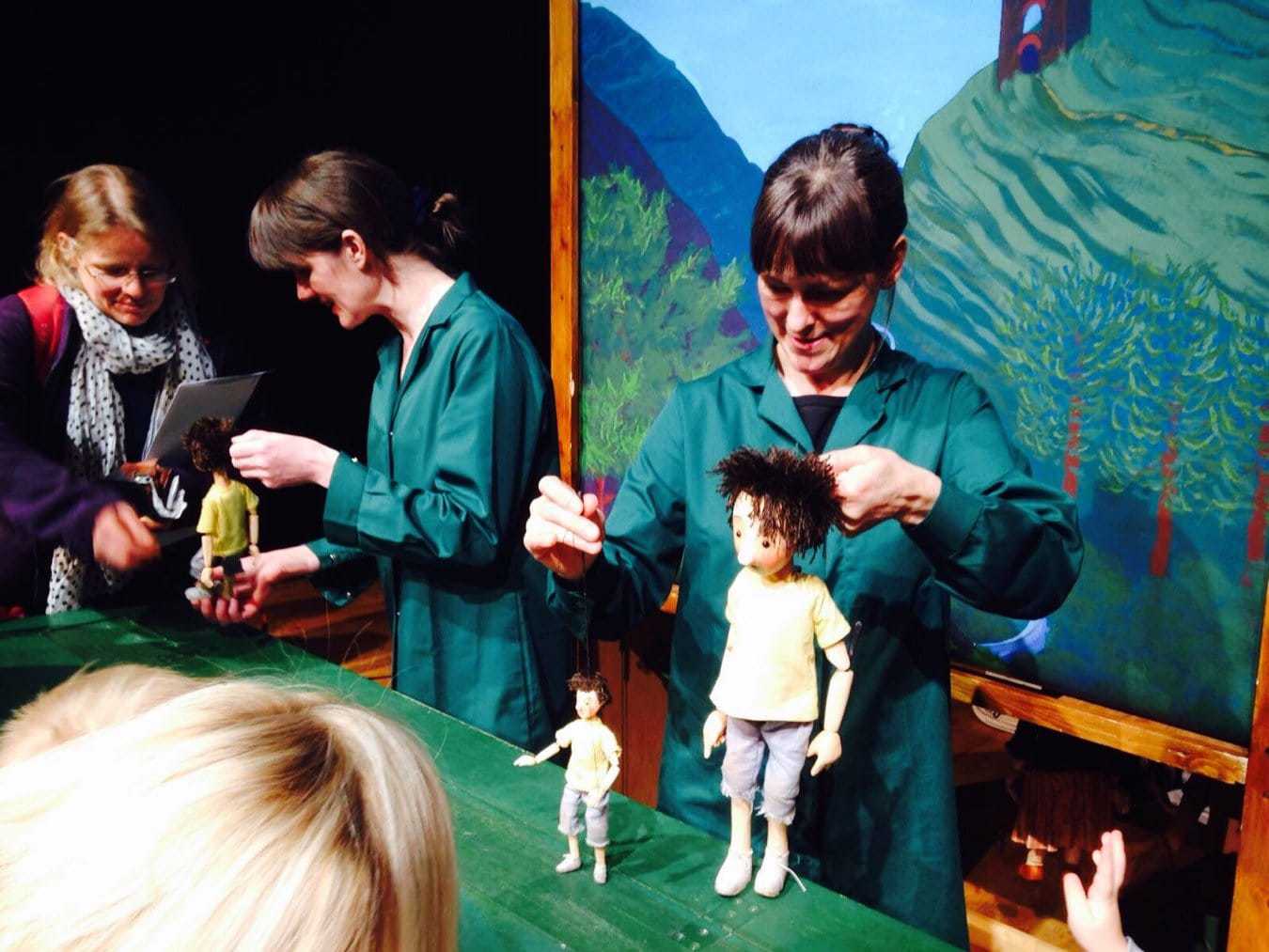 All in all, a lovely show for old and young!

NB: Jane and her family were invited to see The Magic Beanstalk as Guests of Sale Waterside Arts Centre but all views are their own.