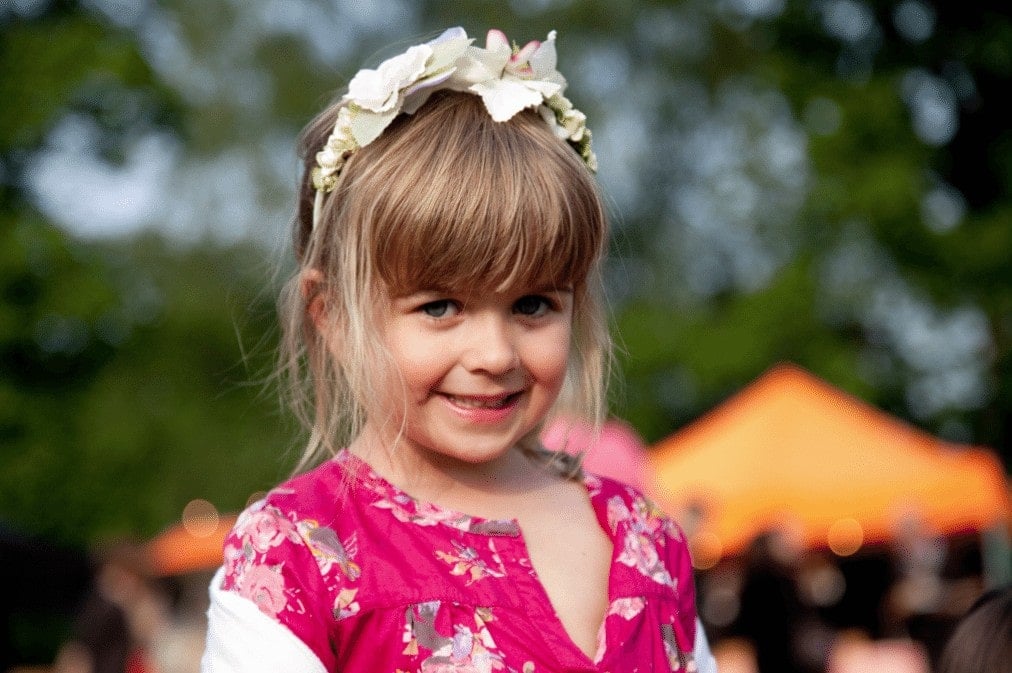 We arrived for 4pm on Saturday and after a slight delay getting in due to the machine not scanning the tickets properly, we walked through a dark tunnel into the beautiful late afternoon sunshine that Wild Rumpus had ordered for us.
For fans of Just So, Cheshire you’ll appreciate the style of a Wild Rumpus event. It’s slightly mystical and totally theatrical. As far from the CBeebies Geronimo festival that we are attended the same weekend as you can possibly get, but for mine equally as fun. 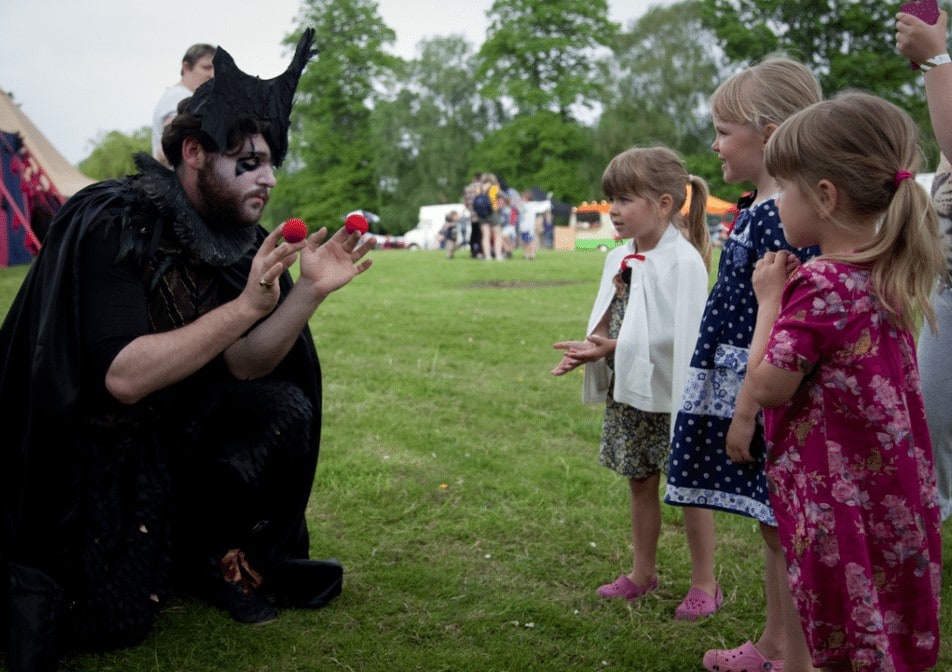 We turned left as we went in and met The Birds circus troupe first. This years event is centred around the battle between the Birds and the Ingenues: because we met the Birds first and spent a good half an hour being entertained by the bearded circus owner and the magician the girls were firmly in team Birds. This was confirmed by the making of a bird rosette which was proudly worn (for half an hour at least!). 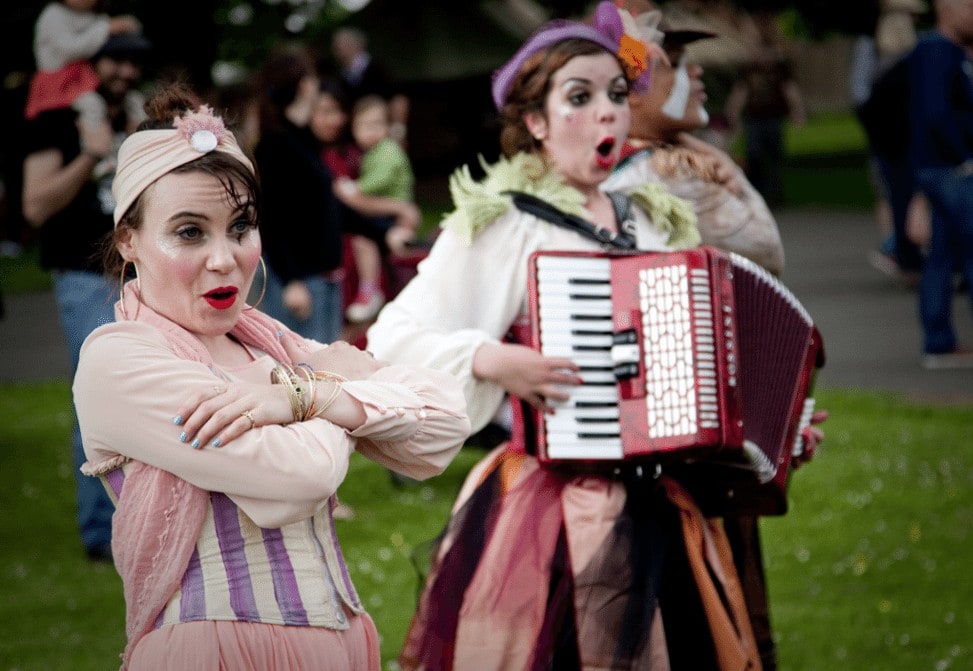 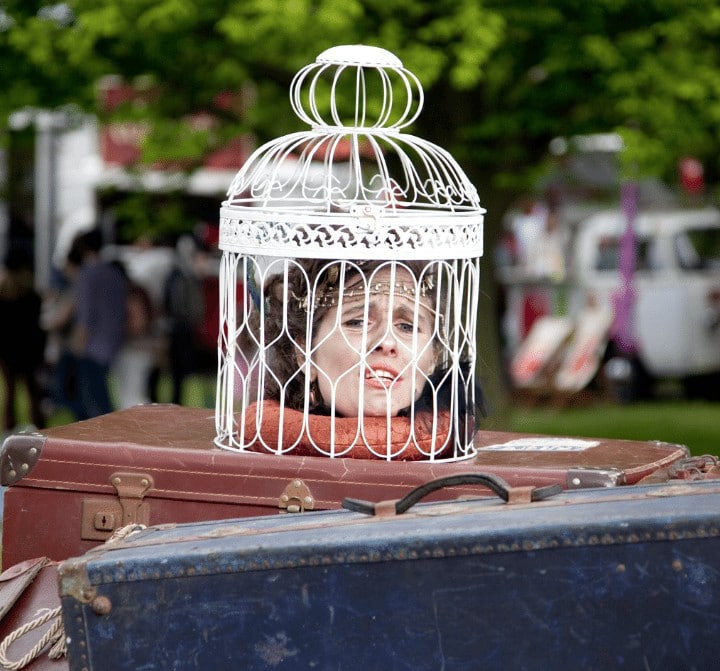 Every hour on the hour there is a battle on stage between one member of team Bird and team Ingenue . The claxon sounds, the music starts up and everyone is encouraged to gather round the stage to support ‘their team’. 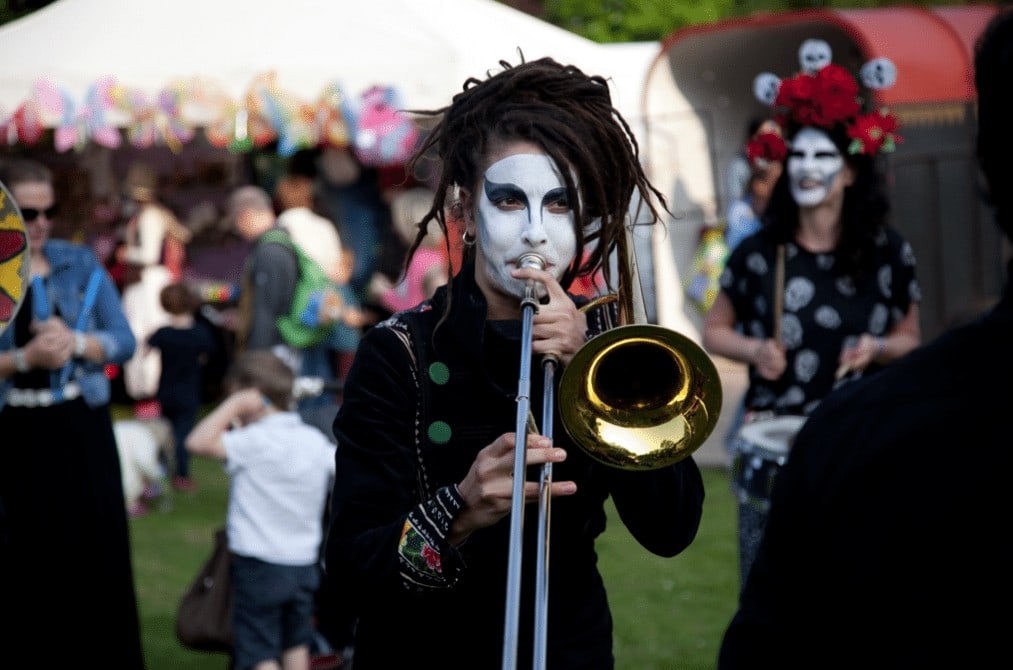 We then meandered around for the next few hours soaking up the atmosphere, watching trampolining and tree climbing acrobats. Last year we attended with two other families and I have to say the relaxed nature of the event lends itself to spending time sitting chatting to friends whilst sipping wine and eating yummy food. Just as we had remarked on this to each other we actually bumped into some neighbours we didn’t know were attending and spent a lovely hour with them whilst the kids danced and ran around. The sun shining really helps at these events and shine it did. 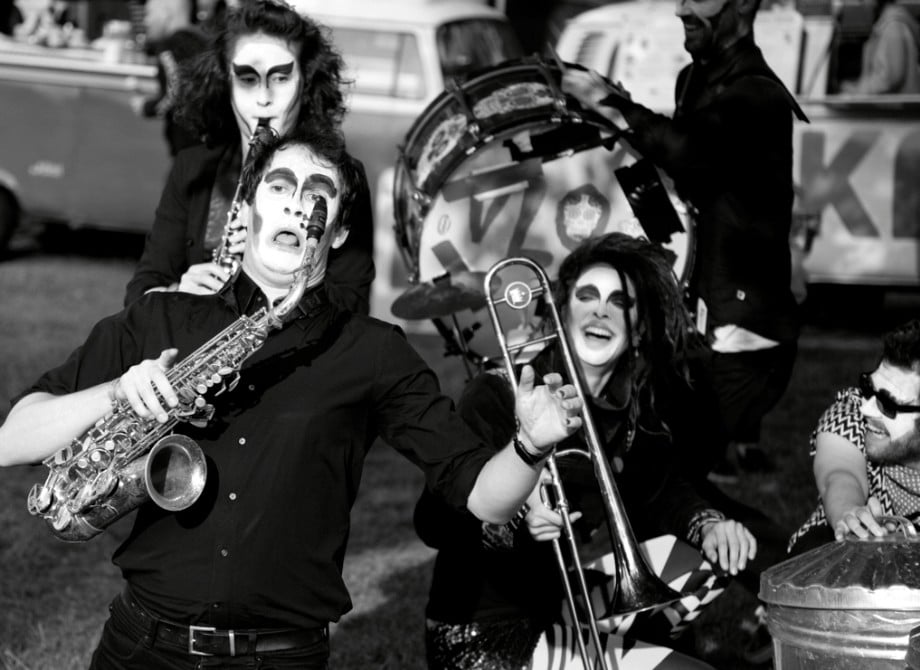 We didn’t stay for the grand finale this year as the kids were exhausted,  but we spent 3 lovely hours pottering round a very relaxed and enjoyable event.
Tickets are still available for Sunday and Monday at Queens Park and whilst entrance is staggered once you are in you can stay as long as you like. It’s not an overcrowded event and it’s a lovely place to catch up with friends.
NB: We received entrance to the Lost Carnival in order for us to review but all views are my own.
Click here to cancel reply.