This week my son and I we were treated to an evening watching The Jungle Book at The Lowry. Presented by the Children’s Touring Partnership and Royal & Derngate, this is a musical extravaganza not to be missed.

As a show we know and love my son was very excited, looking forward to all his favourites and it did not disappoint. Whilst different to the Disney movie, this adaptation of Rudyard Kipling’s 1984 original is closer to the book, still retaining favourites such as Baloo and Bagheera but addressing fear and loss as well as Mowgli’s realisation that he is different to his adoptive family. 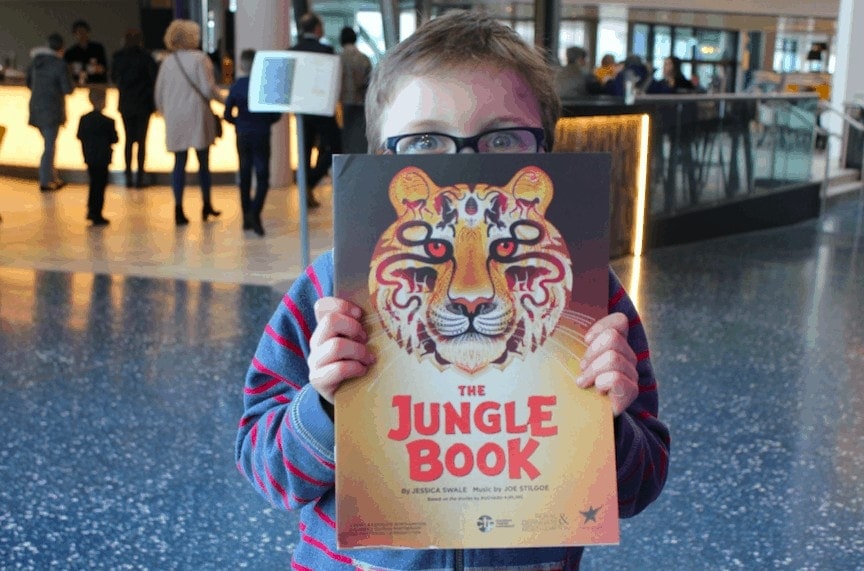 The cast, some of whom also played instruments live on stage were captivating. Raised by wolves (loved the crutch extension to the legs) the debate about whether to adopt the man cub and the impact of ‘Jungle Law’ is felt from the start. Baloo’s kind and funny character with Bagheera’s jungle moves made for a clear contrast in parents and earned Bagheera the unexpected favourite of the night for my son who is 7. On returning promptly to our seats after the interval we got an extra 5 minutes of Baloo’s humour which was a bonus and worth finishing your drink for… not least so you aren’t the group who ensure that everyone misses a portion of the play by being late back, a touch infuriating. The mischievous monkeys, referred to as ‘Funkeys’ were also a lot of fun and an example of how the clever writing, whilst addressing sensitive issues was also appealing to the young modern audience as they danced around the stage.

Through the bright lights and at times moving story Mowgli’s voice stood out as one of the highlights for me, Keziah Joseph depicted the part beautifully throughout, taking the baby puppet through to finding her human family at the end with energy we all felt, very much bringing the character and story to life.  Shire Kahn, in his black orange and sparkly leather jacket was also excellent. It’s hard to imagine how the set, a series of ladders growing out of the floor and hanging down on a moving platform create what feels like more realistic jungle than traditional methods, but the ability to climb and hide in different areas created space and intrigue, possibilities and danger. The character was bullish rather than scary, playing the part of the villain clearly without terrifying my son which was excellent when you consider the age recommendation of 6+.

This was a fantastic night of bright lights and music, humour and love. Next stop is the Blackpool Grand where tickets are still available for shows from 8th-12th May. https://www.blackpoolgrand.co.uk/event/jungle-book/

Please note I was invited to review The Jungle Book but all views and opinions are my own. 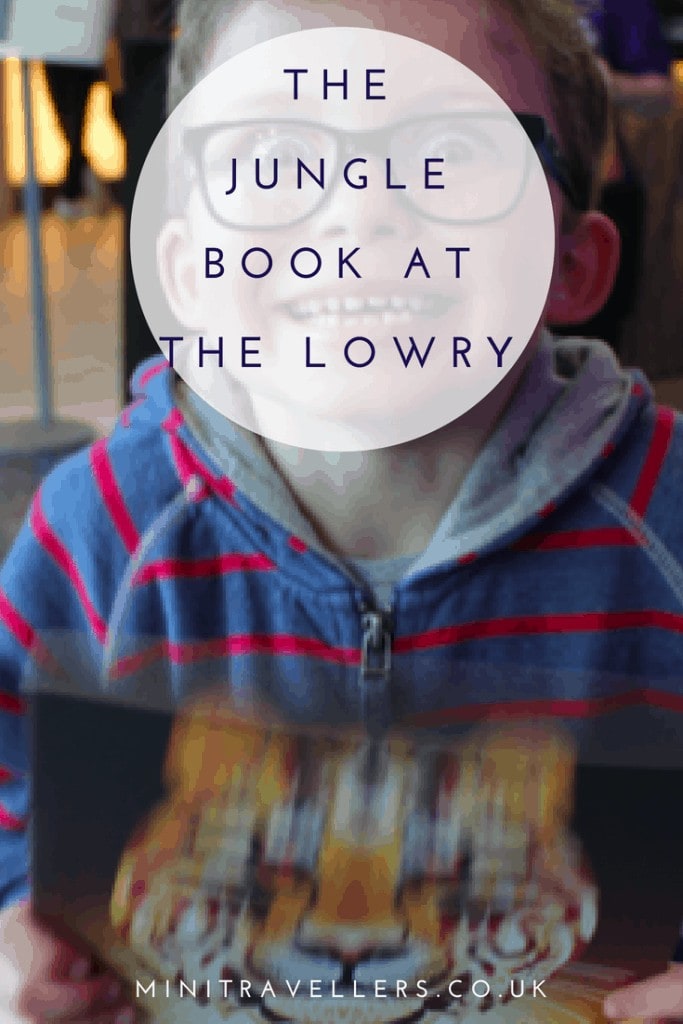