As an honorary northerner there’s things that I haven’t done in the North West that are considered sacrilege for true Northerners. Now imagine how I felt the first time I realised that I found out my wife hadn’t watched terminator 2?

This is the reaction that Mrs P had when I revealed that I’d never been to Chester Zoo when discussing the Enchantment of Chester Zoo, the magical takeover by the team Wild Rumpus behind Just So Festival. 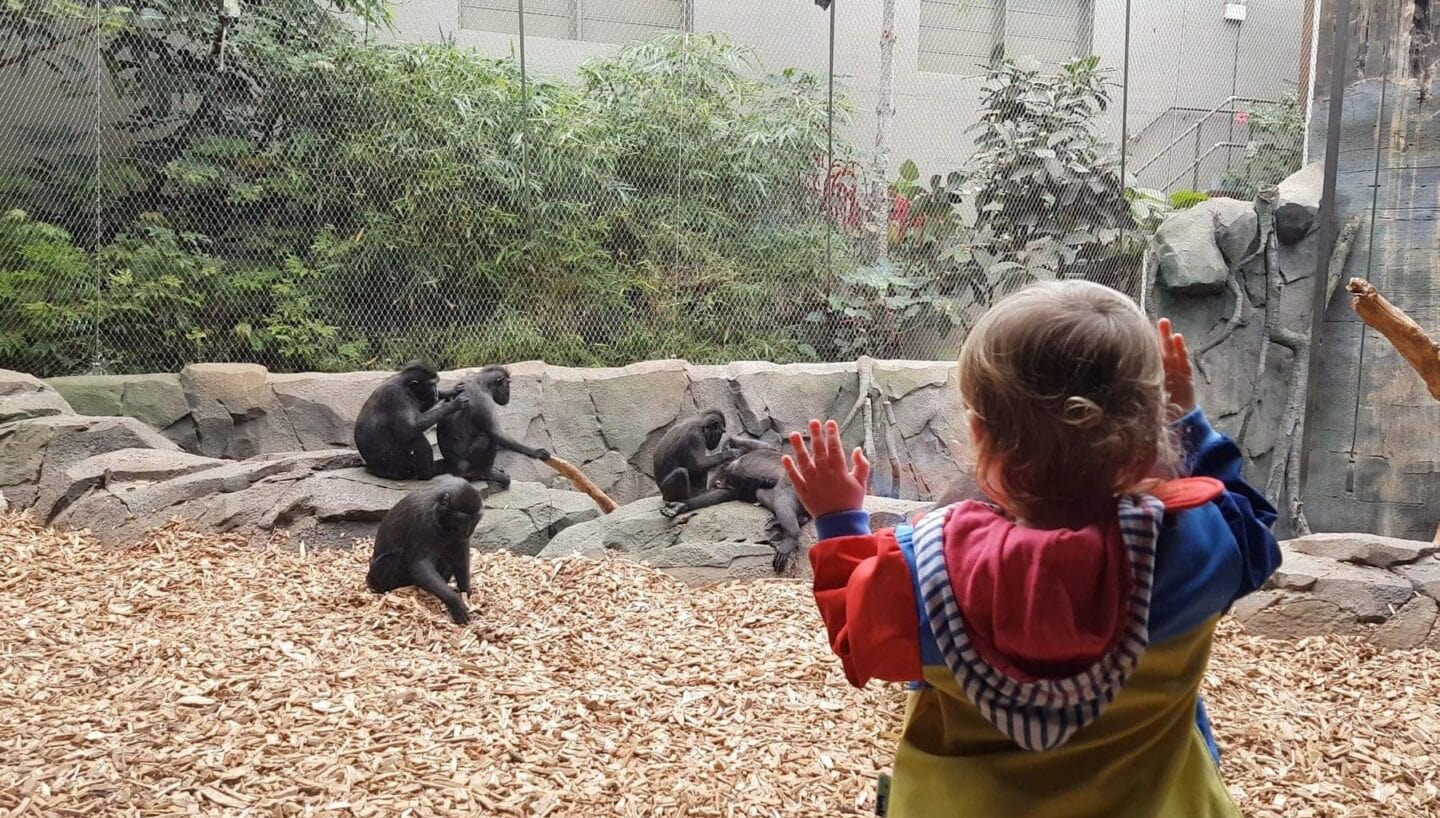 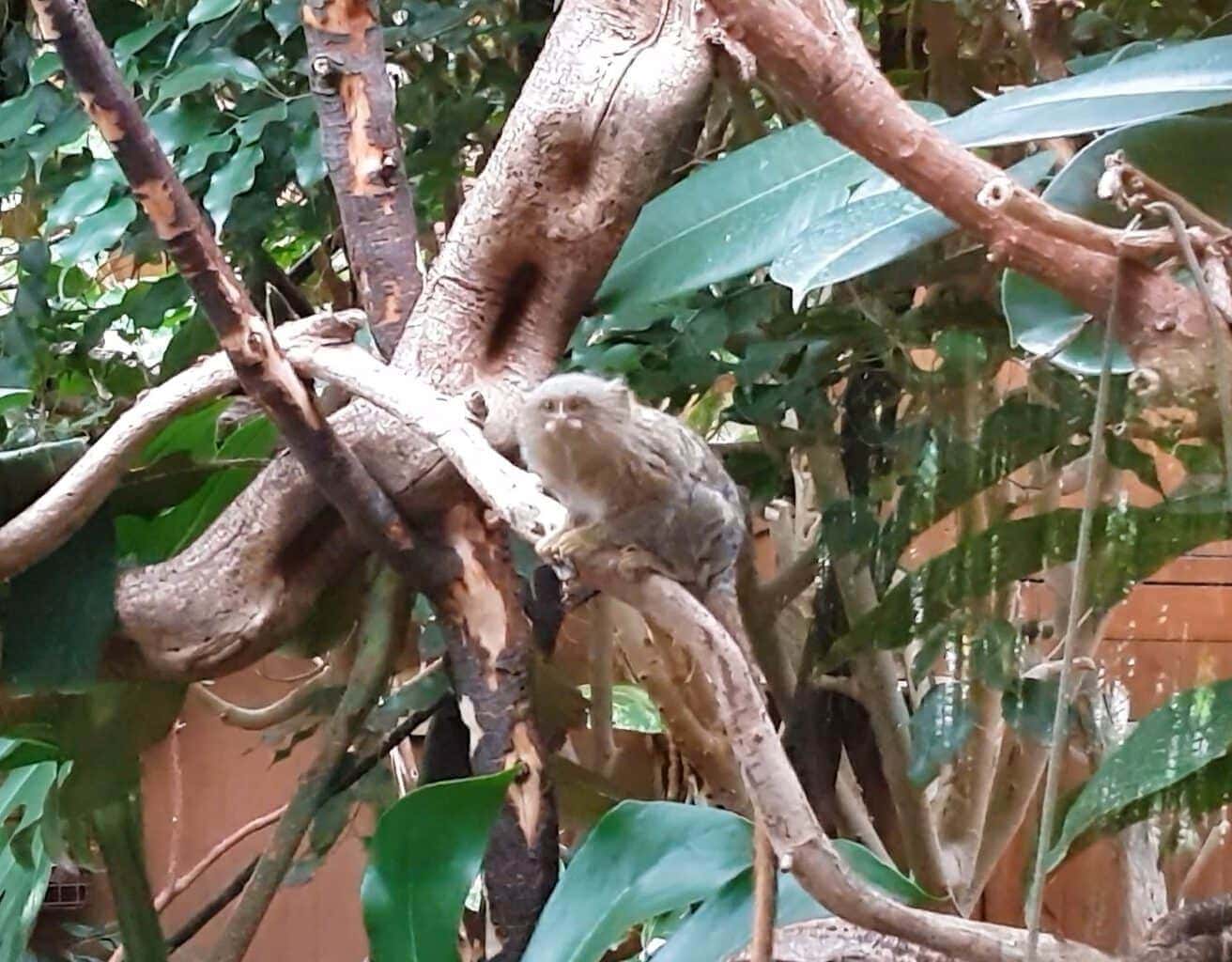 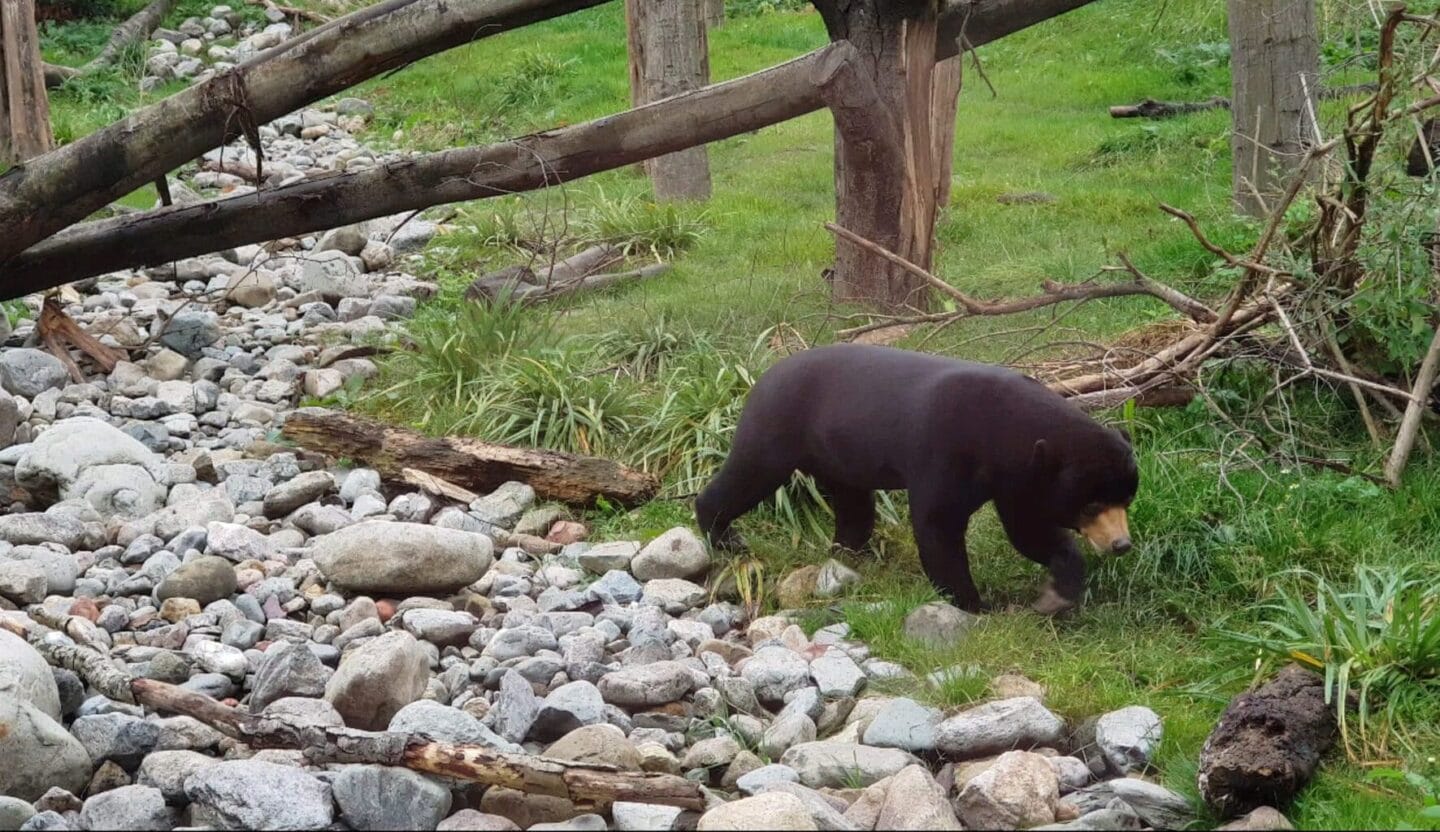 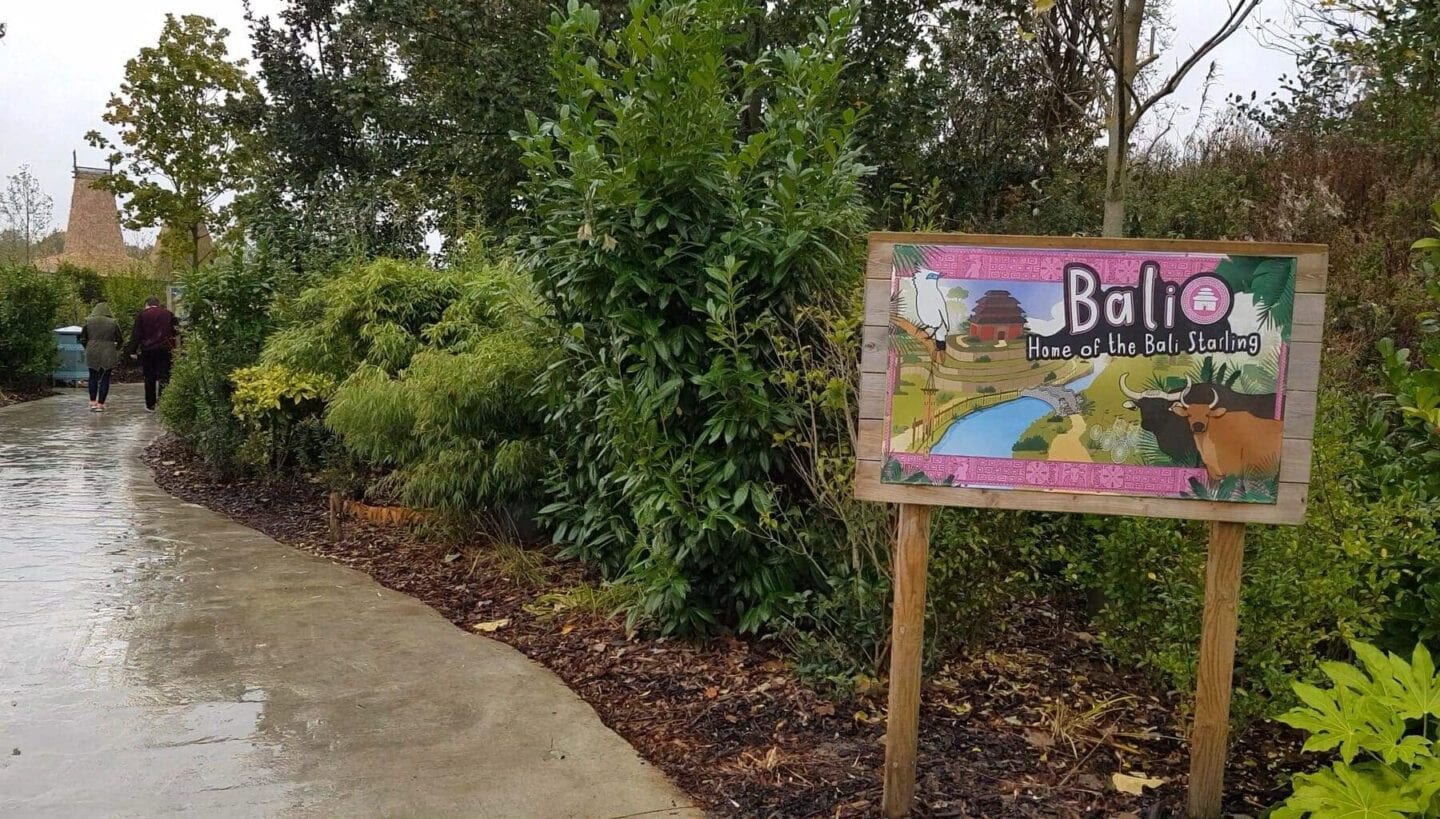 It’s a right of passage to visit Chester Zoo and despite the downturn in weather on the day, Dorothy and I can see why. Unfortunately Mrs P was really feeling under the weather on the Saturday morning and Bethany was already booked up. But I’m used to the rain by now having lived up here for 9 years and that wasn’t going to stop a Daddy Dottie day.
I don’t mind a good drive, especially when Dorothy is so happy shouting elephant and monkey while I make the faces in my rear mirror. It’s not just my first trip to Chester Zoo but her first trip to a zoo full stop and what a first visit. 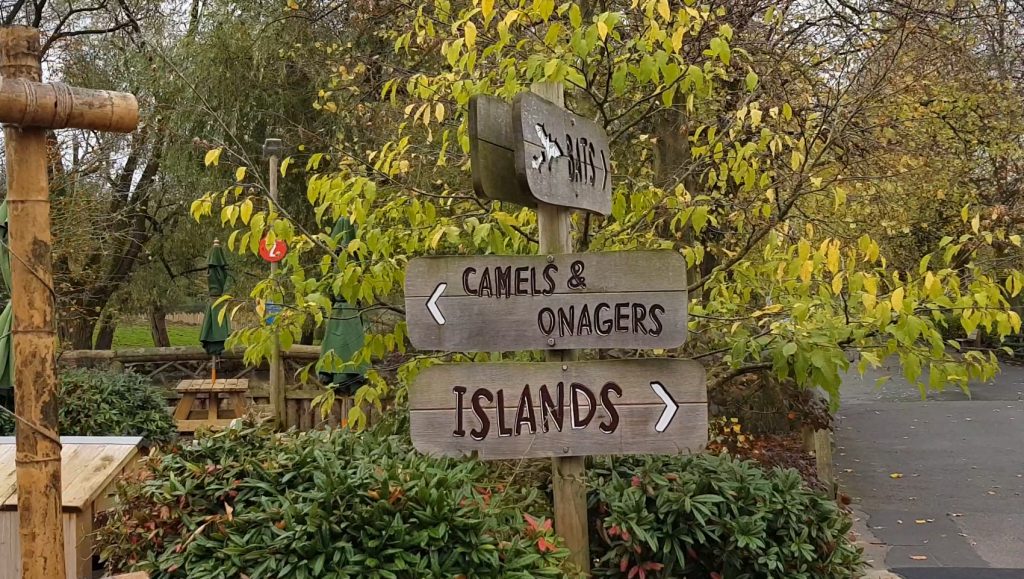 Chester Zoo can only be described as amazing. It’s a pure expanse of wildlife, educational zones and with it being Enchanted for the day, a little big of magic too.
Walking through the main gates, we we’re welcomed into the park by the Enchanted Crew describing how they’ve all been put to sleep and it’s our job to ensure we go around the park and collect the magic sand to awaken the animals. We were given a special map to follow to find the sleepy folk along our tour. 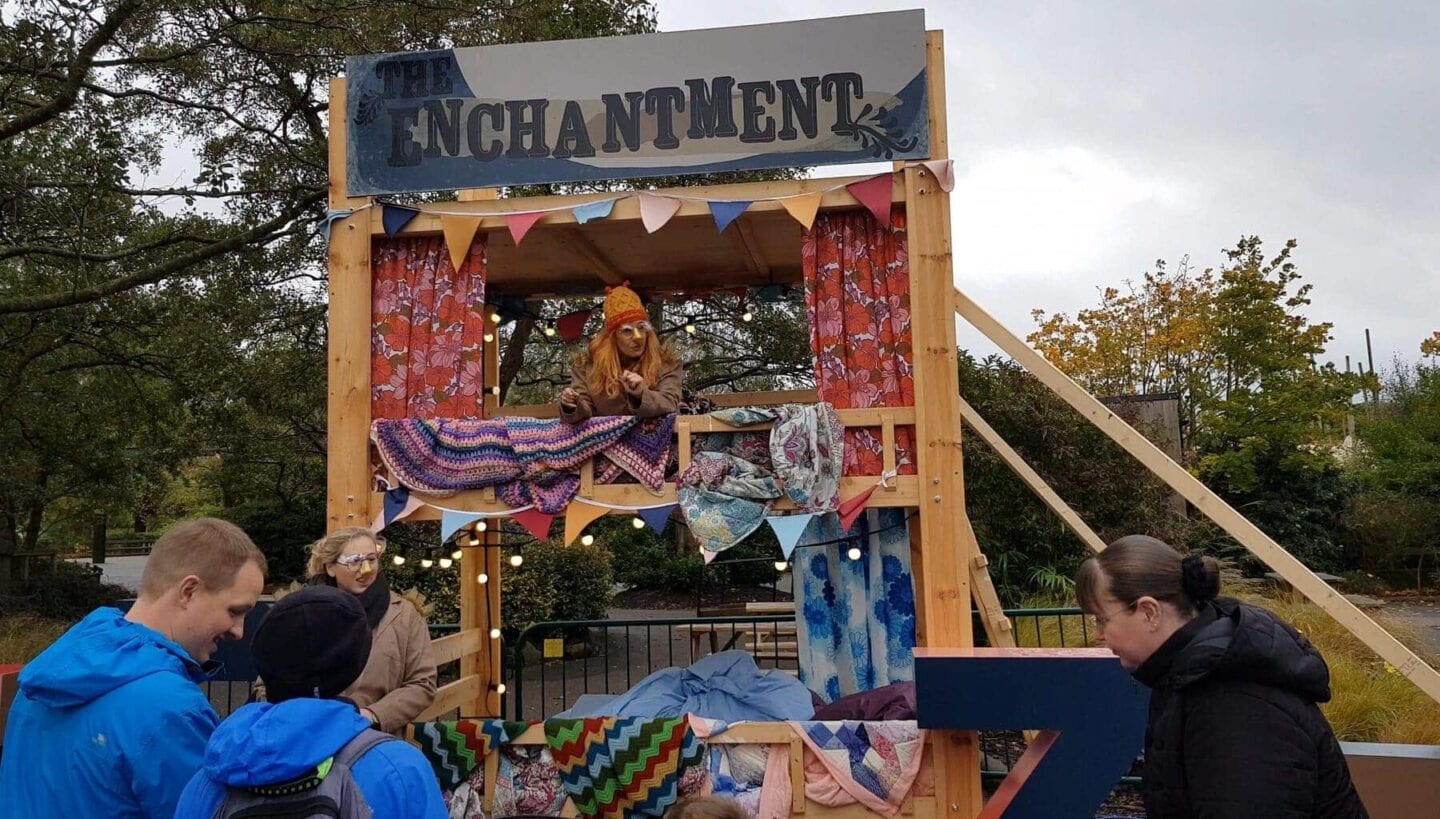 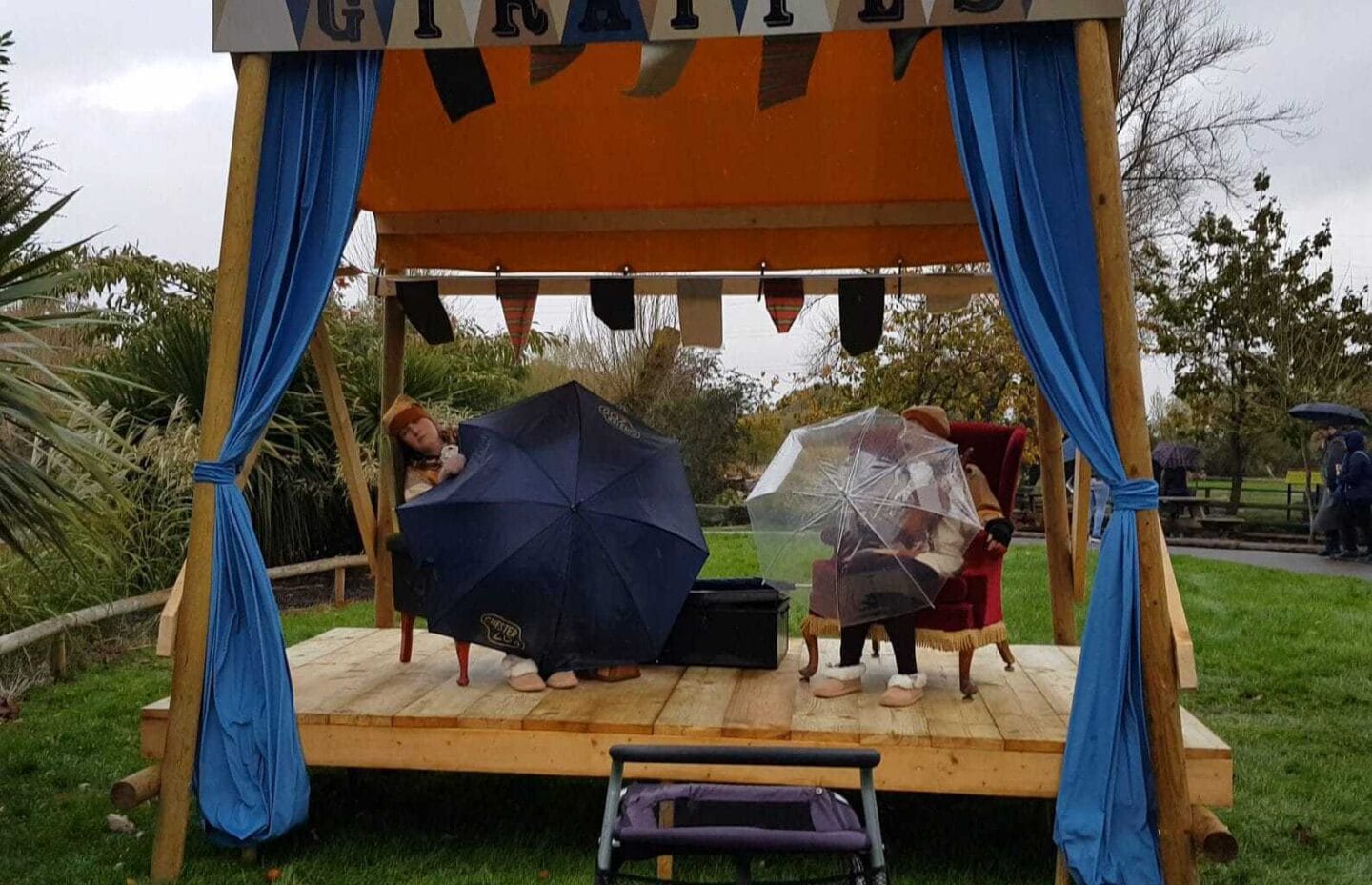 Now unfortunately after reading about the amazing acrobatics, adventures, music and discovery. The weather really was that bad and unfortunately only a few of the enchanted characters were around the park when we were there. Fortunately, it also meant that there was also a lack of other visitors so we had a lot of the park just to ourselves. Woo!
Being a dad, it’s all about firsts. I didn’t expect such a reaction the first time Dorothy saw a real life elephant after loving Nellie, her teddy, since a very young age. It’s amazing that they have such an enormous life like enclosure to safely life in captivity. 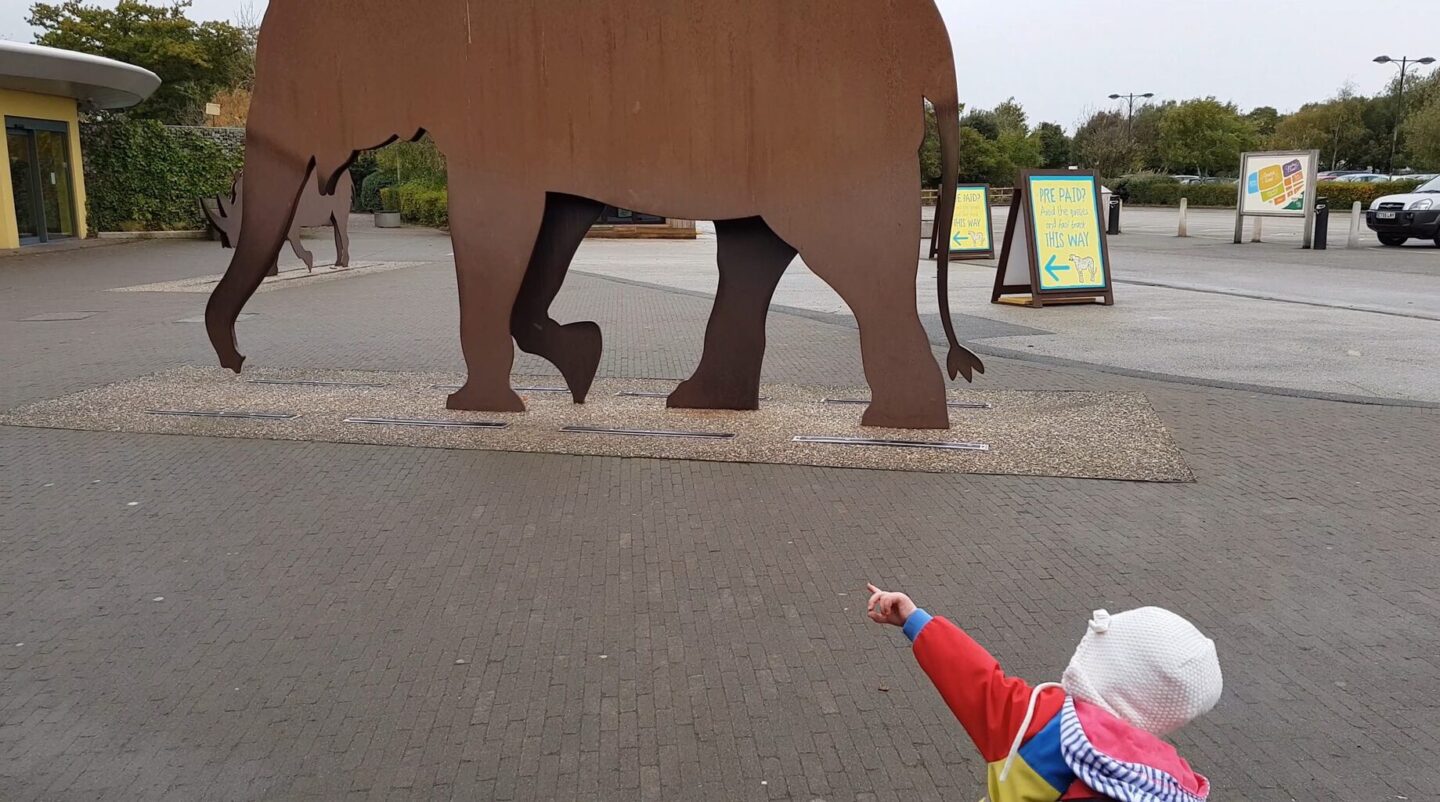 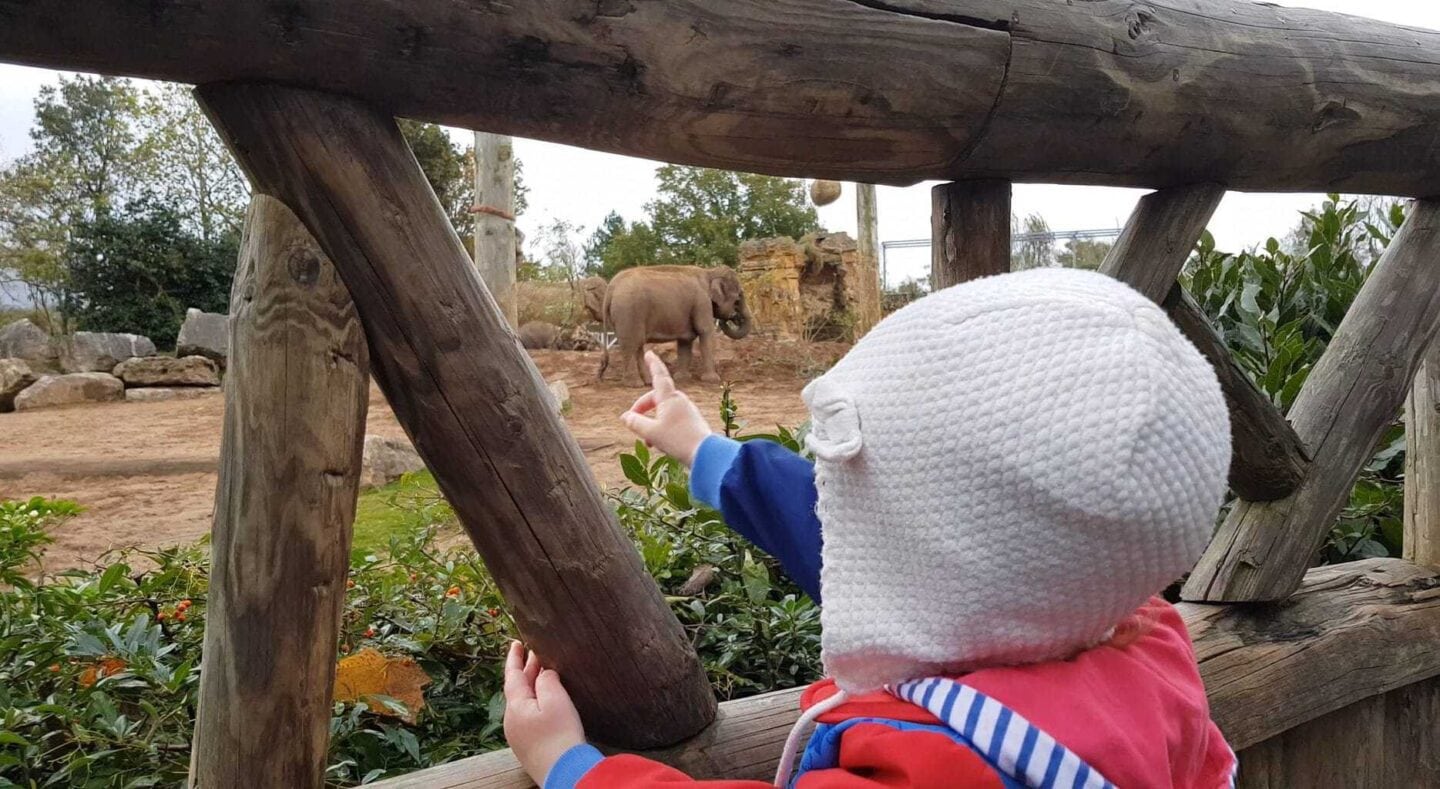 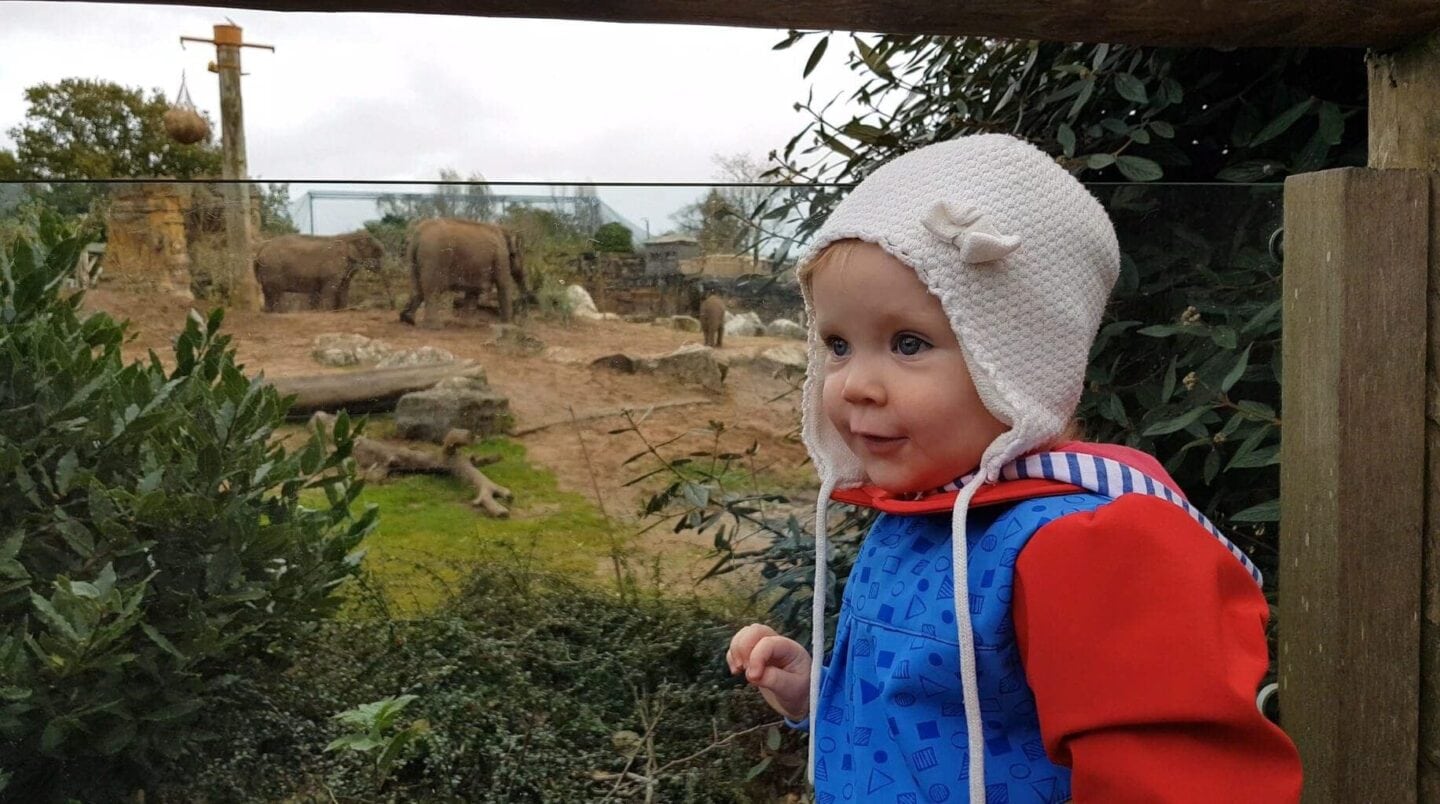 They weren’t the only animals to have been given the full wildlife treatment. The island is a purpose built haven with a river and boats to go around the various real to life zones, learning about the animals in the likes of Papua, Bali and Sumatra while obviously searching for Piggies (Watch the video) 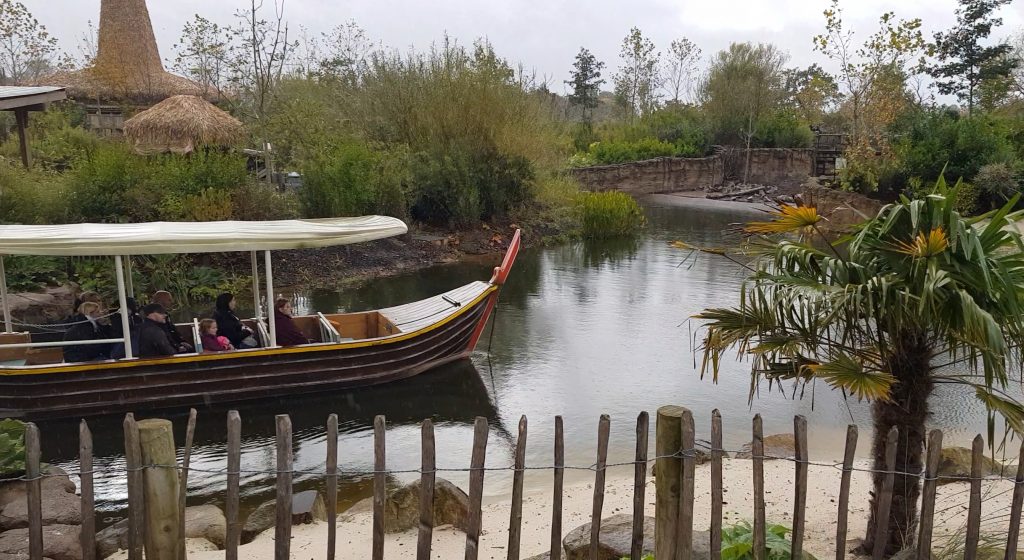 On the island is a Monsoon Forest with free flying birds which was just what was needed on a cold rainy day. Warm, colourful and exotic landscapes were really eye opening for Dorothy as she was running around pretending to be a bird. The chirping and bird song was truly breathtaking.

While also on the island, I saw my first ever orangutan. One of my favourite animals ever after seeing the Clint Eastwood classic, Every Which Way But Loose. They look so human like I can’t believe they’re an endangered species. It’s so sad but again fantastic to see them swinging around and having fun in front of an audience.

Dorothy and I had an amazing day at Chester Zoo even in the rain. I’d made a judgment call at spending the £6 to hire a trolley and it was just what was needed. I couldn’t have imagined carrrying Dorothy around the park, it was huge, especially in the rain. 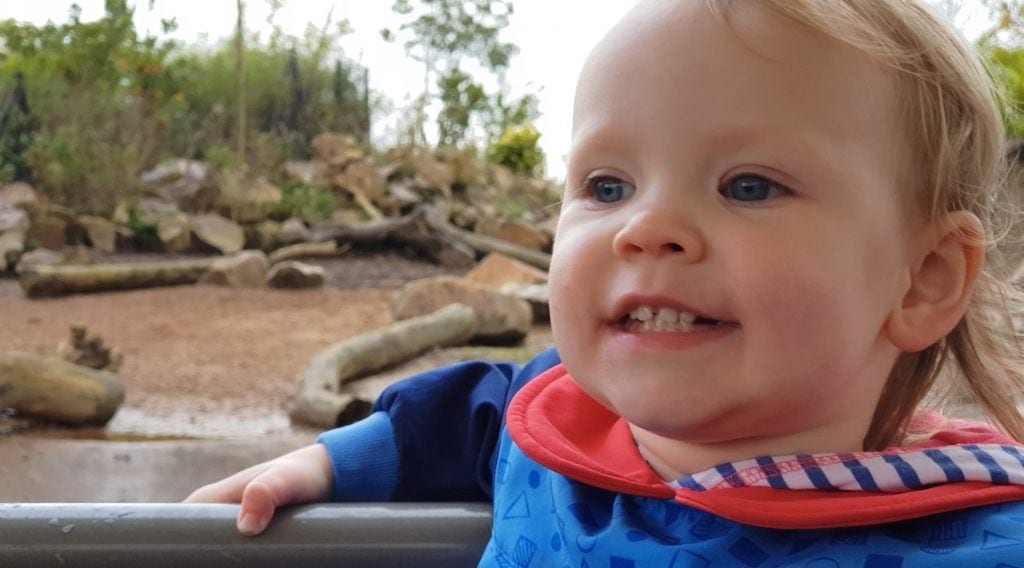 We will definitely be going back to the zoo as we love Chester so now we can make full days of our adventures. As there for over two hours, we still didn’t see the whole park and we can’t wait to experience the full Enchanted Trail and save some sleeping animals.

I love Chester Zoo whether it’s in the rain or not. Looks like you had a great time.