Find out what’s on at Tatton Park at Halloween and whether you should go!

I visited Tatton Park at Halloween with my three children (11, 9 and 7). There were Halloween activities in the Old Hall, Mansion House, Gardens and the Farm. 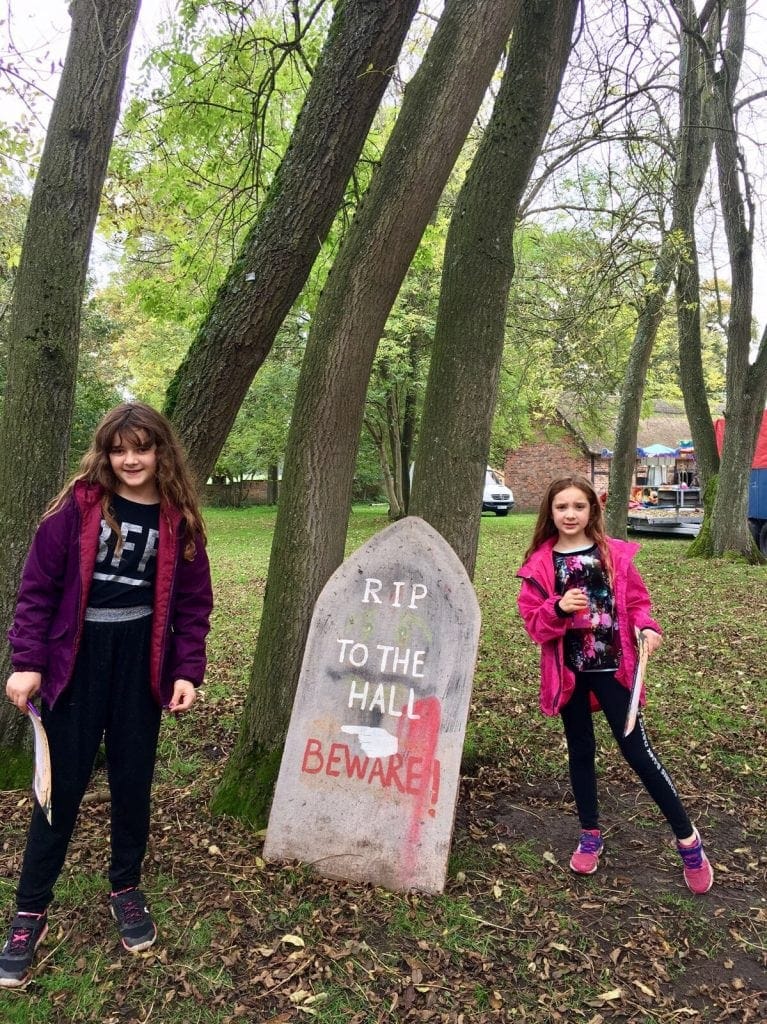 We started at the Old Hall, which is set apart from the other buildings at Tatton Park. Despite having been to Tatton Park countless times, I didn’t even know the Old Hall existed. It’s over 500 years old and is said to be one of the most haunted buildings in England, with regular ghostly sightings reported. We were given a sheet with a description of ten or so ghosts we were likely to encounter, with a bit of background on each and an item they were searching for. The idea was for us to find each of the lost items and tick them off. A friendly witch with excellent bat stockings greeted us at the door to the hall and asked us if we dared to enter. 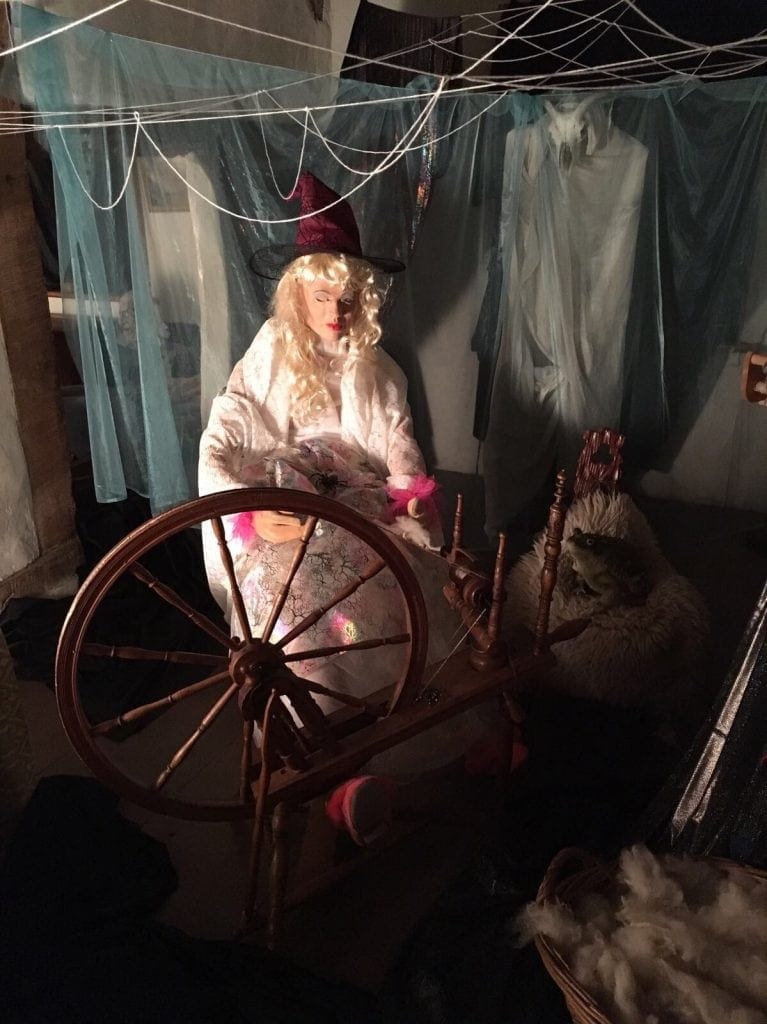 My 9 year old isn’t overly keen on scary stuff but she bravely entered. If I’m honest I was expecting there to be a few Halloween decorations and some eerie noises, and for eldest boy to be a bit sniffy as 11 year olds can be. I couldn’t have been more wrong – it was fantastic! The door closed slowly behind us and our eyes adjusted to the gloom. The Hall had been brilliantly decorated with all manner of spooky things – a fire with worms and other creepies boiling above it, old bones littering the floor, ghosts projected on the ceilings and various mannequins hanging from nooses, swinging menacingly on swings, sitting at tables with their heads in their hands (literally) or lying in coffins. My son and his friend were a little sniffy until some creepy, loud banging noises started and a man dressed as an old gamekeeper leapt out from behind a curtain we hadn’t noticed. 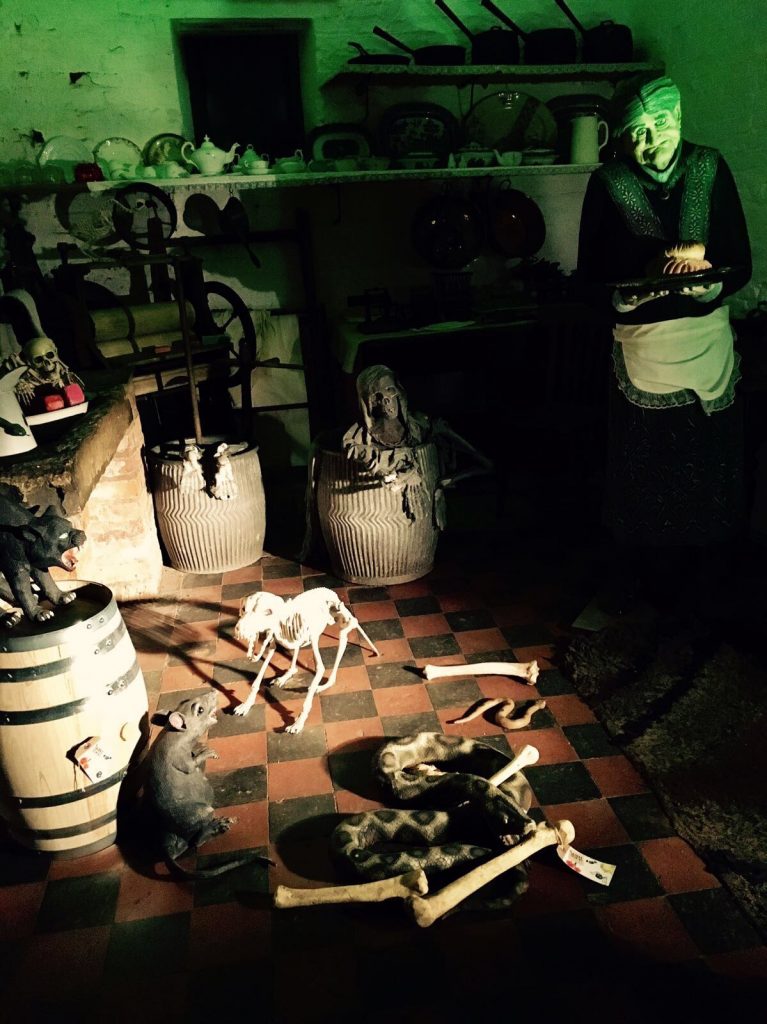 My 9 year old clung to me whimpering, and my usually impervious 7 year old jumped out of her skin (as did the boys, to my delight). As well as mannequins there were a number of real people dressed up in amazing costumes, who managed to glide up to us without being noticed and then either just stare at us or brush past. A few of them spoke to us as if they were the ghosts, asking us to help them find the things they’d lost. Wooden steps led us to the first floor where a black curtain led to a number of brilliantly decorated rooms and more ghostly presences sweeping the corridors. I managed to coax Mimi up the stairs but she flatly refused to go through the black curtain so the good witch outside kept her company until the rest of us had been through the house. We managed to find about two thirds of the lost items, which was actually quite an achievement as the whole thing was so scary that it was difficult for my 7 year old to concentrate on looking for things!

We collected Mimi from outside and popped into a nearby barn to listen to a witch telling stories about some of the Hall’s ghosts, which the kids and I both loved and which provoked lots of discussion afterwards. 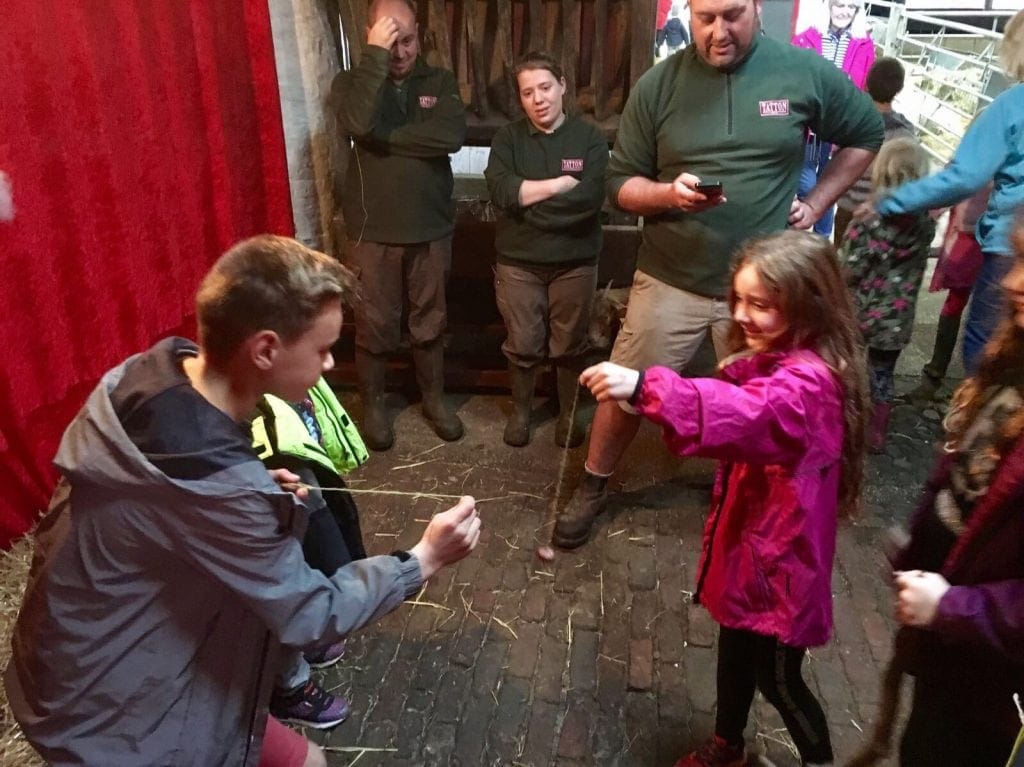 Then we headed to the farm. There wasn’t much in the way of Halloween stuff down there but we all really enjoyed looking at the goats, horses, pigs (with their tiny piglets) and even two beautiful reindeer. A tree had been decorated with cobwebs and conkers on strings hung from it. We were invited to take a conker each and head to one of the barns for a conker competition. This was brilliantly organised and everyone who brought a conker was able to take part and was matched with someone of a similar age so it was as fair as possible. A goat wandered to the middle of the mass conker battle at one point, which was quite random. My eldest and youngest children ended up competing against each other in the final, with Rosie losing by one point! Each were delighted to be given a rosette. 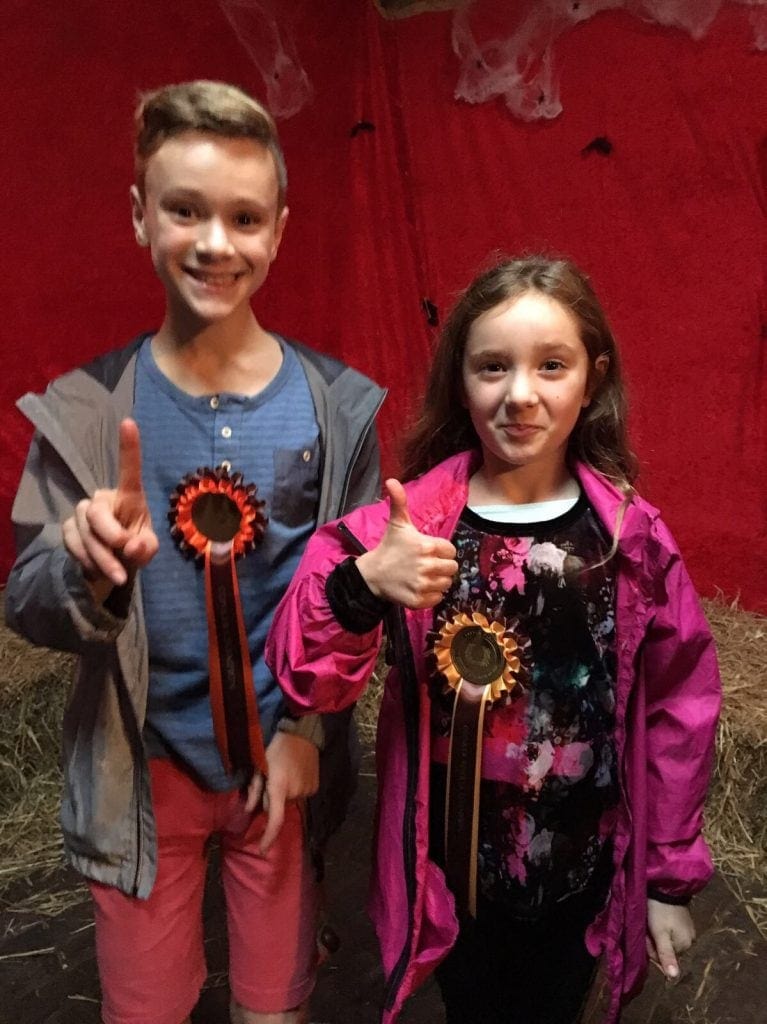 After a play in the woodland trim trail next to the farm (where there is also den building), we headed up to the Mansion. Sadly, we arrived after the last entry at 3pm so we didn’t get to go in. We’d had such fun at the other two places that we’d spent three hours doing those, and had run out of time! I’d definitely aim to get there at 11 am when it opens so you can get the most out of your day. 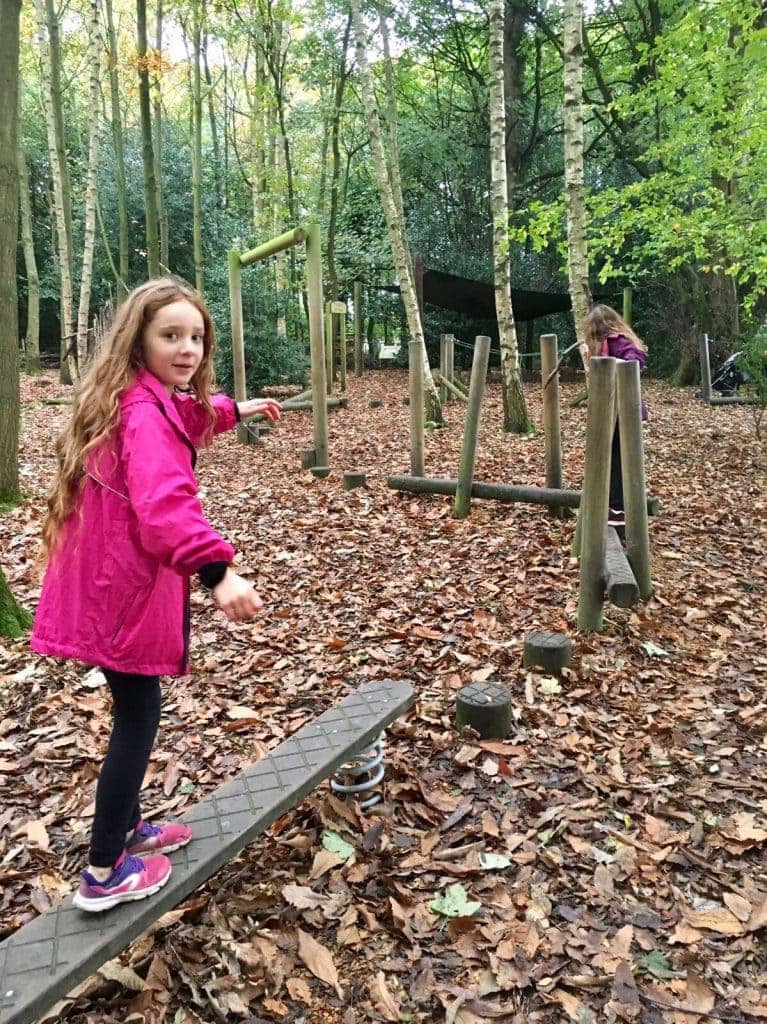 The Halloween activities are on until Sunday 29th and I’d highly recommend them.

NB: Jane was invited to Tatton Park in order to review but all views and opinions are her own.