At the start of December, I asked my children (12, 11 and 8) what things they’d most like to do in the run up to Christmas to seriously get into the festive spirit, and was met with cries of ‘The Panto!!!’.  We’ve been to the panto at Stockport Plaza nearly every year for the last 7 years so it’s definitely become a part of the Christmas build-up for our family.

NB Jane and her family were given tickets to see the show, but the views and opinions are entirely their own.

We arrived to take our seats just before the show was due to start at 7.30pm, grabbing a booster seat and cushion for Rosie from the stock at the entrance.  A chap in a glittery jacket played Christmas songs on a giant organ on the stage until the lights dimmed, the organ sank into the stage and the curtain lifted to a glittering scene from Princess Aurora’s christening.  As ever, the sets were absolutely amazing and the costumes fabulous.  Robert Laughlin and Ted Robbins as the King and Queen were a great double act, with Queenie’s costumes getting more and more ridiculous as the show went on – her wig at one point got so big it looked like a giant pair of buffalo horns. She cracked some funny jokes that worked on both a kid and adult level, and her ad-libbing with members of the audience was great fun. Bradley Thompson made another appearance as Jangles, the court jester, and was brilliant at getting the audience participation going. 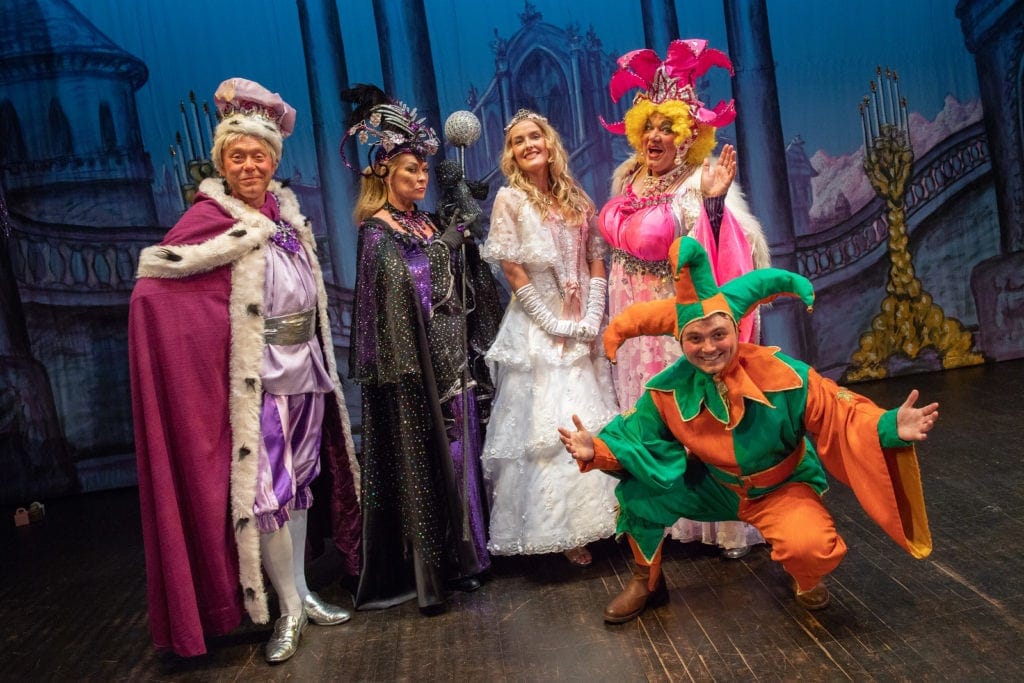 A highlight was a scene in which Jangles and the Queen are decorating a giant cake for Aurora’s ill-fated 18th birthday party and every time Jangles adds a candle or a decoration, it disappears inside the cake as soon as his back is turned.  Cue shouts of ‘They’re behind you!’ (it turns out a gang of mice are living in the cake) and Jangles being cream-pied.  As Carabosse, the Wicked Fairy, Claire King from Emmerdale was one of the best baddies we’ve seen, appearing each time in a puff of coloured smoke and stage fireworks to plenty of booing.  Another highlight was a scene where the Wicked Fairy turns herself into a giant dragon to fight the Prince – the dragon literally filled the stage and was moved with huge poles attached to it, like a Chinese dragon.  The actors managed to manoeuvre it so that it’s neck came right out over the first few rows of the stalls, where its eyes flashed and it breathed real smoke to fantastic effect.  The Good Fairy sang Never Enough from the Greatest Showman – a great crowd pleaser – there was some flossing along the way, sweets were thrown at us, birthdays announced and celebrated and four children from the audience came on stage to help sing Baby Shark just before the finale.

The first half was just under an hour long, and was fast-paced and lots of fun.  After a 20 minute interval, the first part of the second half felt a bit slower. The Prince and then Aurora sang a love song each, which we all found a little dull, but then the action and comedy ramped up again all the way to the end (a tidy two hours from start to finish).  I’ve definitely felt in some previous years that the show has gone on too long, with lots of rather serious songs being included almost as ‘fillers’.  I think 2 hours was the perfect length – although as I’ve said, I could have done without the love songs as they seemed to jar a bit with the tone of the rest of the show. 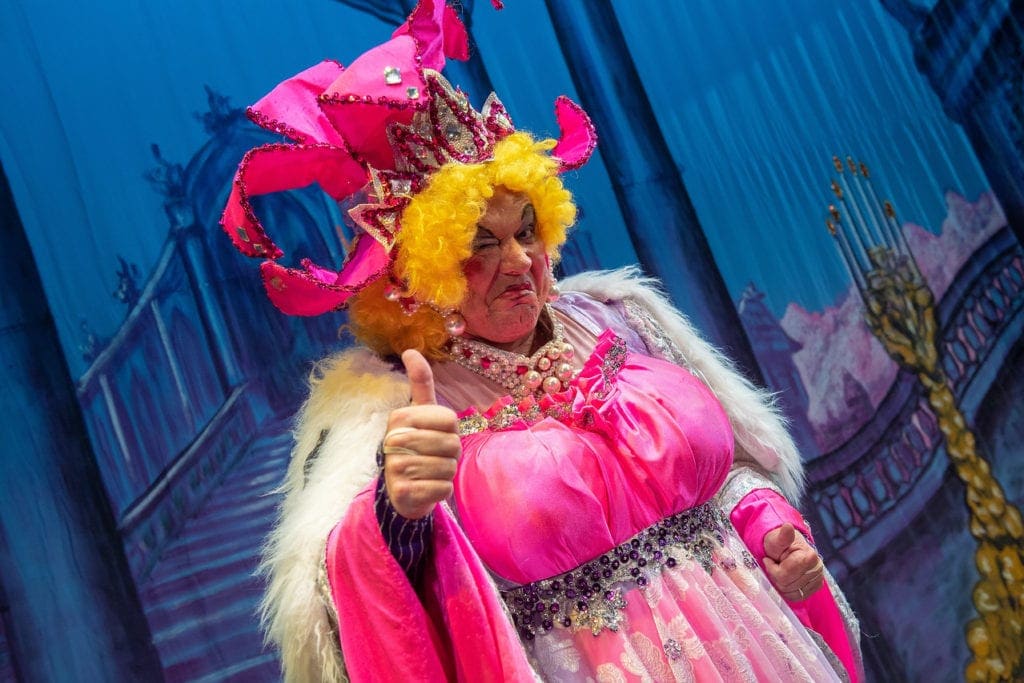 In other years, we’ve been asked at the door on our way in if we were celebrating any birthdays, but that didn’t happen this year so if you’d like a birthday shout-out, make sure you find an usher and get your name added to the list. We were also told last year that the first four children who get there and ask to go up onto the stage will get the chance to sing with the cast at the end – so if your kids are budding performers, sharpen your elbows!

A brilliant show that put us firmly in the Christmas mood, we loved it!  OH YES WE DID!

Sleeping Beauty is on at the Plaza until Sunday 6th January, with evening and matinee performances.  Tickets are available at www.stockportplaza.co.uk and quaytickets.com.  At £65 for a family ticket (4 people), this is quite an affordable Christmas treat compared to other theatre shows where tickets can be £65 per person!!

Looking forward to this - we are heading there en-masse with a lot of school friends and mums for our annual panto experience.