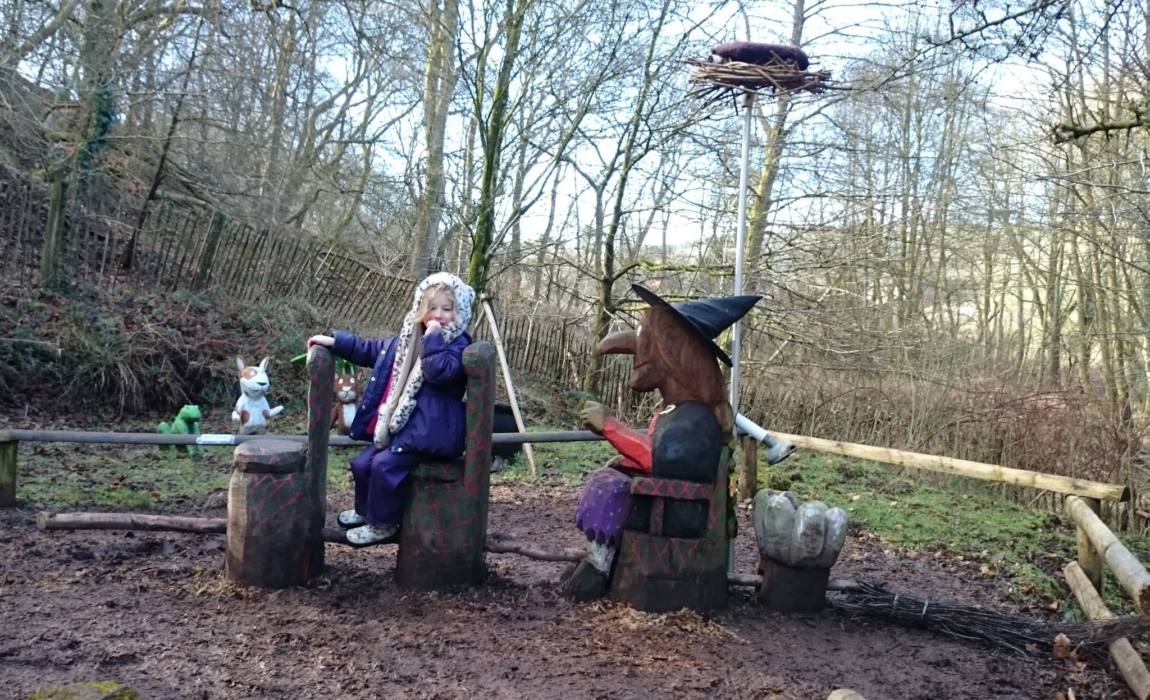 This day out looks amazing. The Room on the Broom trail is finishing but being replaced by The Very Hungry Caterpillar and we are sure there will be a review of that soon! This review is by Karen Whitlock who writes a wonderful blog over at Stopping at Two click here to see more from Karen. You can also follow Karen on twitter @karenjwhitlock.  For a review of Room on The Broom – The Live Show click here.

This week was half term so myself and the girls needed entertaining. I saw that the Dean Heritage Centre in the Forest of Dean had a “Room on the Broom” trail which was coming to an end so it was a case of “now or never” if we were going to see it. We had been to the DHC once before for their Gruffalo’s Child trail, when Emily was only about a week old, and the format for this was similar – lots of carved figures arranged to depict scenes from the story. In fact, some of the old characters from the previous trails are on display by the entrance.

For those of you not familiar with Julia Donaldson’s Room on the Broom, it is about a friendly witch who meets new animal friends (as they find items that she loses as she is riding on her broom) and she lets them join her on her broom. However, with all the passengers on the broom, it breaks. A hungry dragon catches the witch and plans to eat her, but her animal friends pretend to be a terrifying bog monster and scare the dragon away. The grateful witch makes a new broomstick for herself and her friends to ride on and they whoosh off.

Emily was a bit unsure of the figures (although she had fallen asleep in the car on the way and had woken up grumpy)but Freyja loved it! There were boards up next to each scene with part of the story and before I read each one to the girls, Freyja was keen to tell us what was happening at each point.

I thought this trail was better than their last trail as there were some nice interactive parts for the children to have a go at – “witch’s hair” to plait, a frog which croaks as a wooden baton is run down its back and, best of all, the “new” broomstick which you can sit on with the witch.

After the trail the girls had lots of fun on the adventure playground (which you can choose to get to over a wibbly wobbly bridge) playing together in a little wooden playhouse, on the swing and see-saw.

They were then, understandably, hungry by quarter to eleven so we found a picnic bench to have lunch. It didn’t take long for Freyja to spot a huge wooden bench which she decided to try and sit on. Before very long Emily was desperate to join her sister.

There are plenty of other things to enjoy at the Dean Heritage Centre – obviously lots to do with the local history, particularly mining within the Forest of Dean. A lot of the museum exhibits weren’t that interesting for a 3 year old and a 1 year old but they did enjoy seeing the Victorian Forrester’s Cottage and animals outside. There were also some old cider presses outside which Freyja was (worryingly?) interested in. The girls spent a lot of time watching the ducks on the huge pond, giggling at them dabbling and Freyja naming them all (after her friends at nursery).

We did all really enjoy the Victorian School Room. I explained to Freyja how it would be very different to the school she would be going to in September. The girls tried on some Victorian hats – they looked very cute in them but weren’t impressed so they were off before I could get a photo! Freyja decided to pretend to be a teacher and stood at the front of the classroom, bossing around her little sister. Emily just laughed at her big sister.

As it was half term, there were some additional activities put on for the children. Freyja was interested in a mosaic that was being put together and then they made some monsters out of felt and lollypop sticks.

We had such a lovely time, that I couldn’t say no to the girls when they wanted something from the gift shop before we left. They decided to get a character each from Room on the Broom – Emily wanted the witch and Freyja had to have a dragon. We ended the day with the girls cuddled up on the sofa, with each of their new cuddly toys watching Room on the Broom. 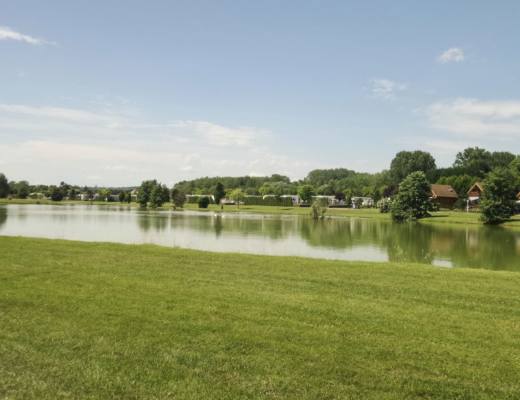 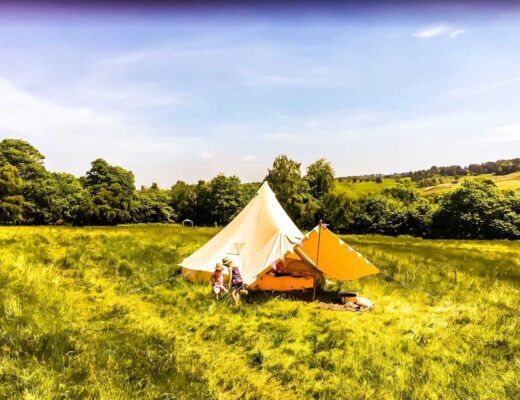 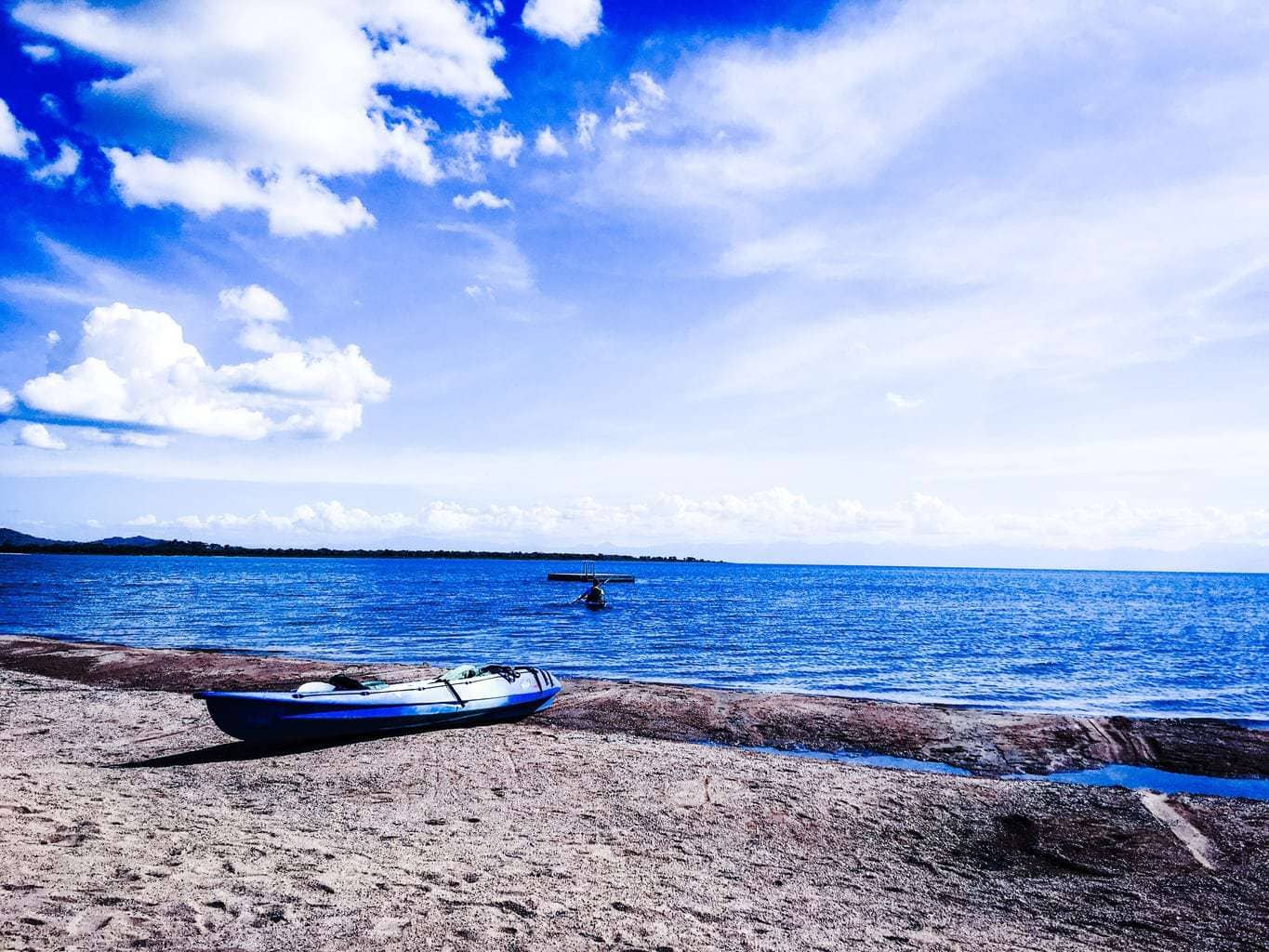