Over the past few years, balance bikes have become increasingly popular in the UK. Rather than the traditional approach of a bike with stabilisers, balance bikes have actually been proven to support the development of gross motor skills such as balance, they are also a pretty quick thing to master making them a super-fast mode of transport for your little one! The theory behind it is that the balance bike also helps children to progress to a peddle bike more quickly as they have already mastered the balancing part of cycling! So how did we find the Yvolution Y Velo Balance Bike?

The Yvolution Y Velo Balance Bike comes boxed up for self-assembly; this is always something that fills me with dread! However, the balance bike comes with clear instructions and was assembled into a sturdy bike within around 10 minutes so that was a good start!

We started off with the bike in the house. As this was my sons first bike, we let him get used to it within the ‘low risk’ environment of the lounge and watch as his sister showed him the ropes. The two of them had great fun balancing on the bike together even though she is much too old for it; this just about sums up what a sturdy bike this is! 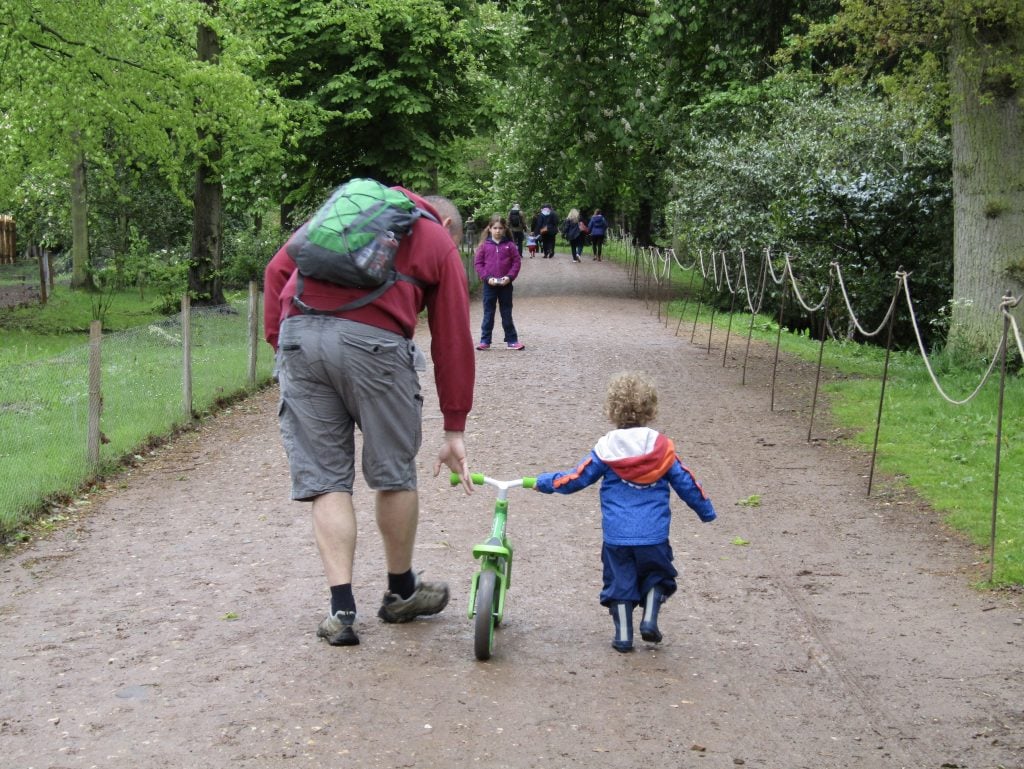 We decided that a good first outing would be Attingham Park (review to follow). The site allows and encourages balance bikes and there are lots of gravel and wood chipping paths which make it the perfect environment for experimenting. The first problem was encouraging our little one to part with his bike and put it in the boot – he was quite insistent he wanted to hold on to it at all times, even in the car!

Once at Attingham, we were all welcomed with open arms and had lots of compliments about our lovely green bike from staff and other visitors. We had lots of fun encouraging Taran to get used to his bike and he seemed to alternate his approaches – having a go at balancing himself while we helped to get him going, holding onto the bike whilst walking and pulling it along, and then eventually starting to push it along under his own steam – encouraged I think by the prospect of driving it through the abundant puddles on site! The only thing we noticed was that as the tyres are hard plastic, when going through puddles on hard ground there isn’t a great deal of grip (something you would get with air filled / foam filled tyres) and so we had to keep a hand on the bike for now to avoid it slipping. We think when he is an inch or so taller this won’t be an issue. 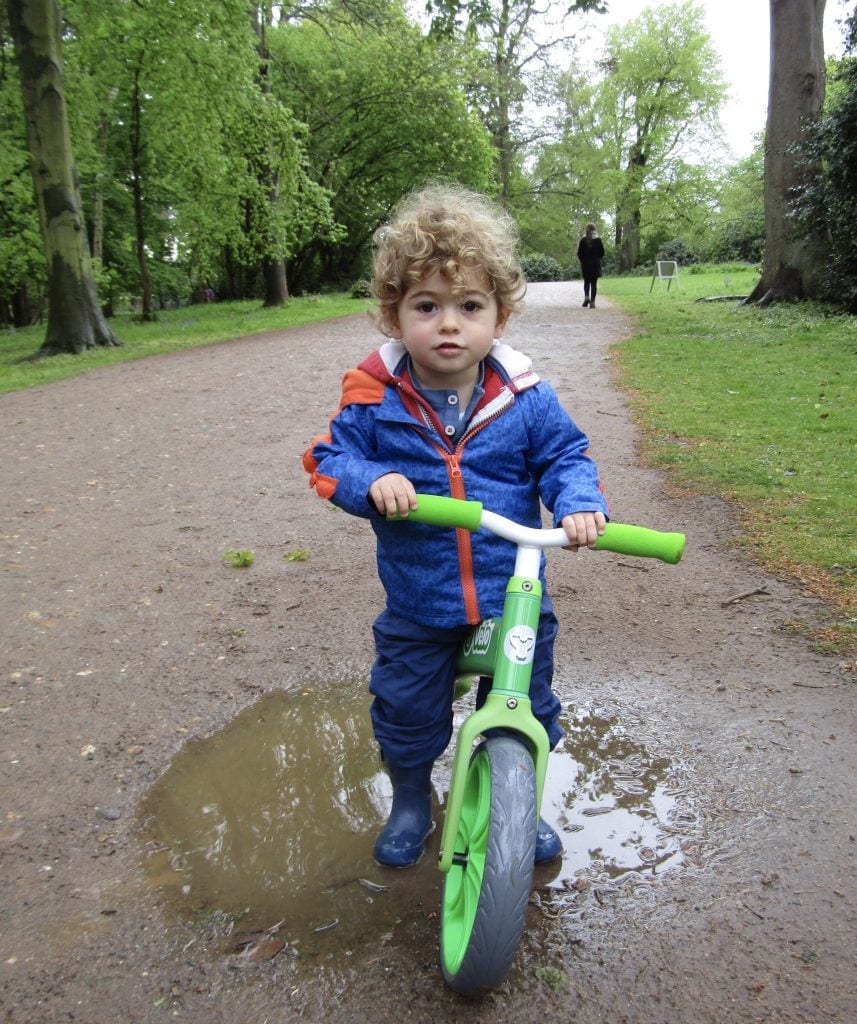 Retailing at £49.99 it’s not cheap, but it is good quality and I feel that this would last well. There is also the option to adjust the seat and as it’s just about the right size for us on the lowest setting (our little one is a little smaller than his friends!) we know that the bike will last a good few years and grow with him so we’re happy we would get our monies worth from the product. We also now need to seek out our small cycle helmet for when he starts moving faster under his own steam…

This is a brand we haven’t encountered before and based on quality I would be interested in finding out about the other products – particularly as we need a scooter for Taran to allow him to keep up with his sister! On another note, the balance bike also helps with the transition from a buggy nicely meaning that little ones can get about under their own steam but still not have to walk everywhere!

Taran loved getting out on this bike, and our main worry is at some point he will have to accept that we need to leave the house without it. He’s going to notch up a few miles over the summer!

NB: Rachel received the Yvolution Y Velo Balance Bike in order to review but all views and opinions are her own