Here is our review of Captain Flinn & the Pirate Dinosaurs 2: The Magic Cutlass at The Storyhouse, Chester

Tuesday of Half Term was the turn of pirates and dinosaurs with Captain Flinn & the Pirate Dinosaurs at the Storyhouse.  This is a really superb theatre that we discovered in December when they put on a magnificent production of the Secret Seven.  First, we had booked in for lunch at The Kitchen.  What a treat this was, the menu was a bit different and a nice change from the usual fayre; with brilliant kids options.  The food was fresh, tasty and demolished by everyone!  It gets busy (as it’s so good!) so book ahead if you fancy it.

Onto the show … the story is based on the popular books about a boy called Flinn who loves pirates and dinosaurs and ends up having lots of adventures with his two best friends where they inevitably meet pirate dinosaurs.  In this show they are in the middle of their school play when their old nemesis, Mr T the T-Rex, appears and kidnaps them, forcing the children to hunt for the secretive Magic Cutlass; a sword that grants the holder any wish.

The show lasts about an hour and is full of songs, jokes, funny characters and clever set changes.  I went with my two boys (5 & 7) but our friends also bought tickets (boy age 7, girl age 5 and girl age 2) and everyone loved it.  I think the youngest found some bits a little bit scary but there were plenty of young ones in the audience so it was a great all-rounder.  The story is easy to follow with stage turning from their school play into a pirate ship.  The songs added to the joviality of the performance (although were a little hard to hear at some times), and if you’re a fan of the books you’ll be pleased to hear there was a rousing rendition of Yo-Ho amongst it.  There are only four members of the cast which makes it even more amazing, and great that both my boys recognised that they were doing quick changes to appreciate the effort made on stage.  The costumes were also superb, with gigantic and cleverly made dinosaur tails which swished as they moved about.  Mr T (and a surprise at the end, which I won’t say in case I ruin it for you) was an amazing puppet with the inevitable ‘small hands’ that they T-Rex’s had– ooh I hope he didn’t hear me!

The boys really enjoyed it, laughed out loud and came out wanting to play pirates outside … what more could you wish for during half term!

The show is currently touring the UK, for more information visit their website here.

The Storyhouse has some brilliant family shows and some amazing stuff lined up for summer – the highlight being Swallows and Amazons, to find out what’s on visit The Storyhouse for tickets. 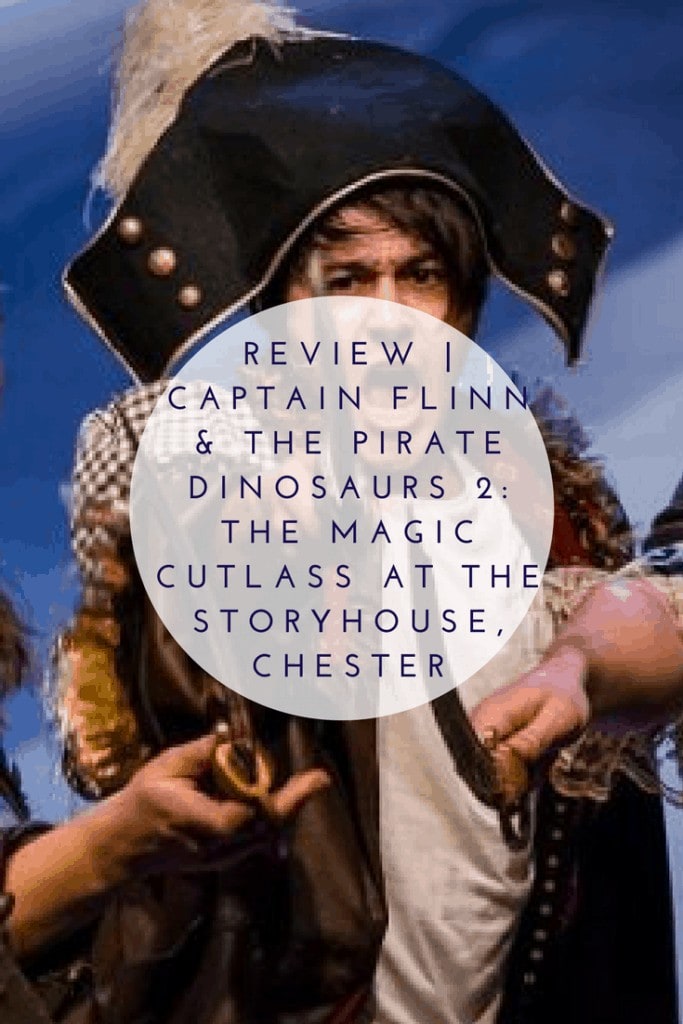