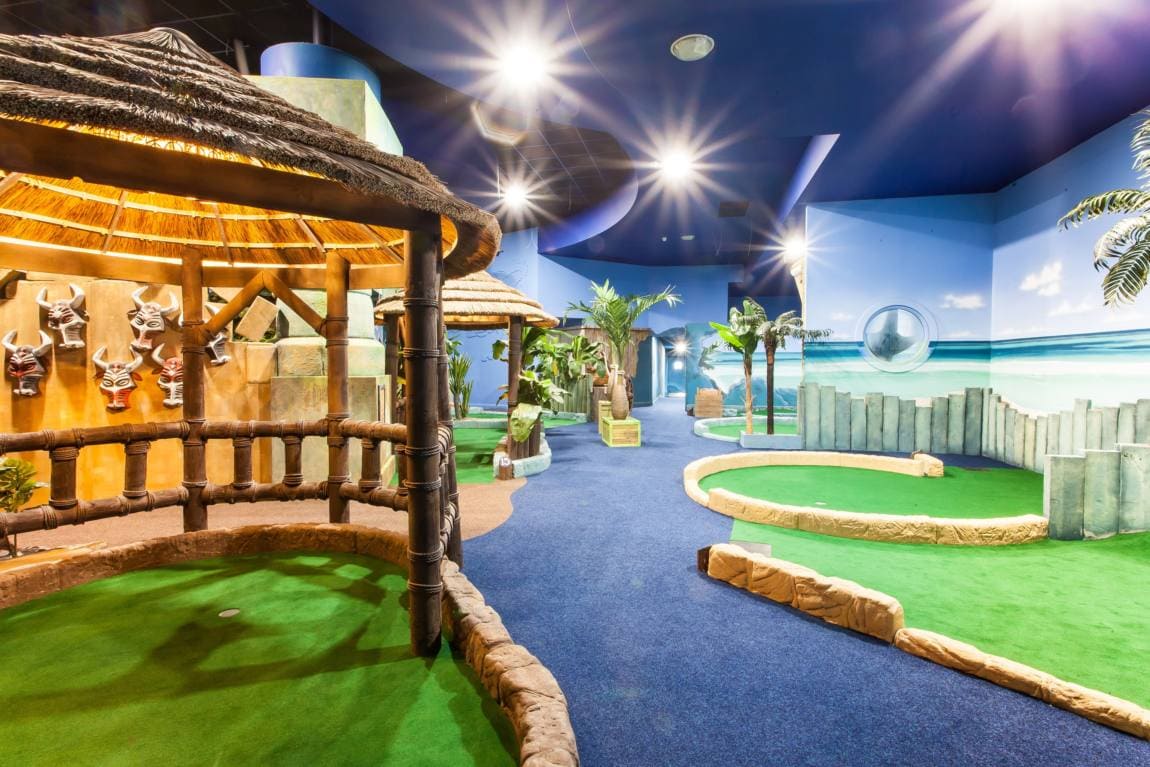 We were recently invited to Paradise Island Adventure Golf at Cheshire Oaks. As the UK’s leading indoor adventure golf provider the Cheshire Oaks attraction is is the latest addition to the chain who can also be found in Glasgow, Manchester, Sheffield and Livingston.

I do like a bit of mini golf on holiday but have never actually considered going to an indoor centre close to home. The location at Cheshire Oaks is next to the cinema and bowling (in the building that used to house the nightclub so it is vast) and also all the chain restaurants (including TGI Fridays where we had lunch) so is ideally located for a family trip out. There are two courses in the same building and as we were meeting friends and their three kids too, we decided to make an afternoon of it and play both courses. We arrived on a Sunday afternoon at 2pm (it was actually lovely and sunny although bitterly cold) and I was surprised to find it really quite full. Had we not booked in, we probably wouldn’t have chosen this particular activity on a dry day. Nevertheless, lots of others had.

The chap on reception made sure all the kids had the right sized golf clubs (although seeing them play later I’m not sure he needed to spend the time) but he did, and they all carefully chose their own favourite colour ball too!

We set off up the stairs, although there is a lift if you have a pram (I’d recommend a carrier though) and chose to start the Lazy Lagoon course which is apparently set in Morocco. The family who were going to start behind us eventually gave up as we took quite a lot of time teaching the kids how to even ‘try’ to play golf. The dry ice pumping out was a little distracting although definitely set the scene for some interesting scenes as you moved round the course. I would like to have had more photos to show you the different type of holes but unfortunately my camera didn’t like the light! We quickly realised that it was probably only the 8 and 9 year olds we had with us, rather than the 5 and 4 year olds who could actually play at all! The others definitely enjoyed hitting the ball around, but we did have to move them on at times so as to stop the people behind us getting too frustrated. We abandoned scoring and for quite a lot of holes I actually abandoned playing, in favour of trying to stop the kids hitting each other and other guests with their golf clubs.

It took us around 1 hour 30 minutes for the ten of us to play both courses. By the end the younger ones had had enough but the 9 year old was still making sure he beat his Mum.

For me I think this is a little pricey to play one of the courses, and I think Under 5’s should be free. The under 5’s don’t really play as such and if you charge for them it will probably put families off visiting with younger children (although this may be intentional).

Would we return? Probably not. I think we have ‘done’ this activity for now and I think for £30 the kids would have more fun bowling or on a trip to the cinema. However for teenagers and younger couples I can see that this would be a really fun thing to do for a similar cost.

*Disclaimer: We were provided with free entry for both ourselves and our friends in order to review. 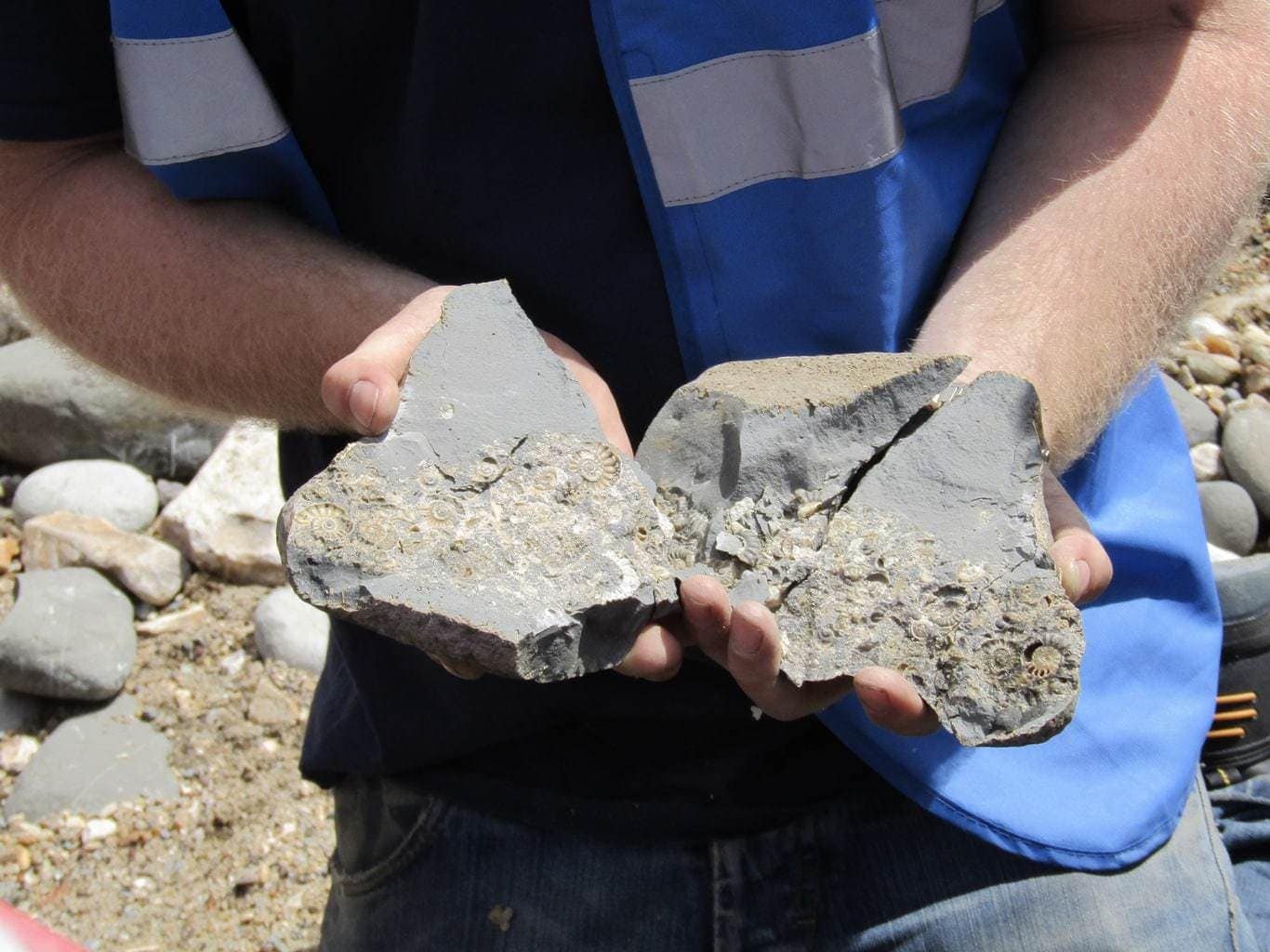 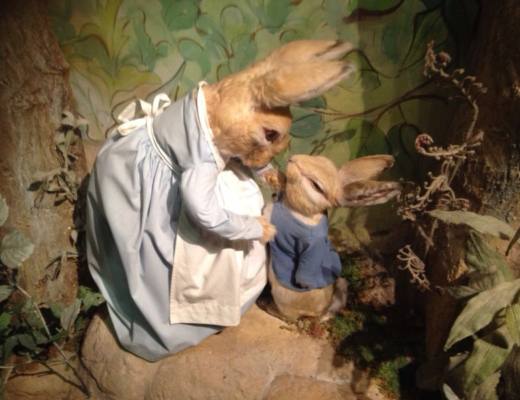 Peter Rabbit at The World of Beatrix Potter, Lake District 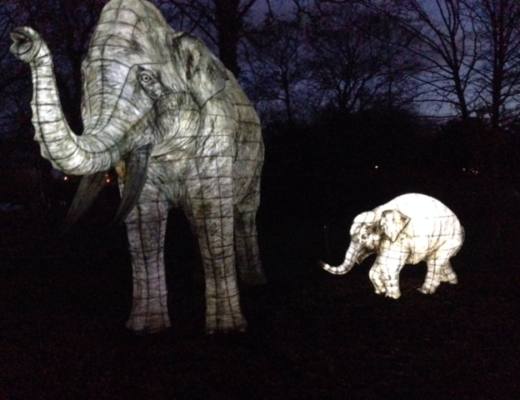