Zoo, zoo, zoo we went to the zoo Marwell wildlife to be precise and were fortunate to see all of the big cats with the tiger being a highlight of the day. As soon as we were through the kiosk we were offered lost child stickers – little tip stick them on the back of young children’s clothes who are likely to rip them off.

The penguins will always be one of favourites so were our first stop. We tried to spot Ralph the penguin who has to wear a wetsuit to protect his skin when he moults too quickly but he was probably busy playing. The penguin cove at Marwell Wildlife is a fantastic with a low wall so older children can see into the water. The boy was just a little bit too small without being lifted but a child approximately 7 years old should be fine. 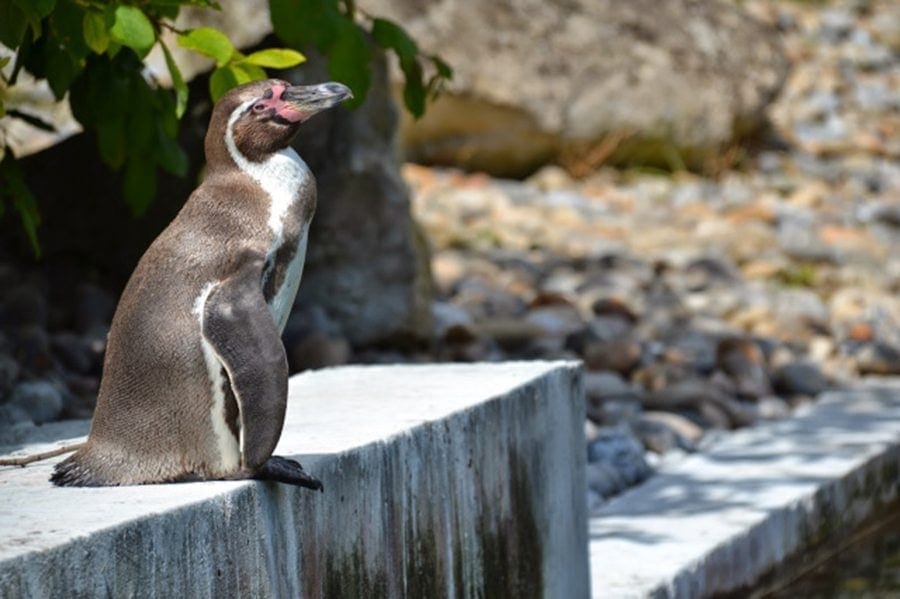 You wander round into the penguin cove and can view the penguins swimming under the water. The glass is the full height of the wall so everyone will be able to see them. You can go up and get a good view of them outside the water without the restrictions of a wall if you either go up the steps in the cove or follow the path around the back. As you can see the boy had no chance of missing the penguins here. Continue round and there is play park hidden away behind the penguins. We didn’t stop though as we wanted to get animal spotting. 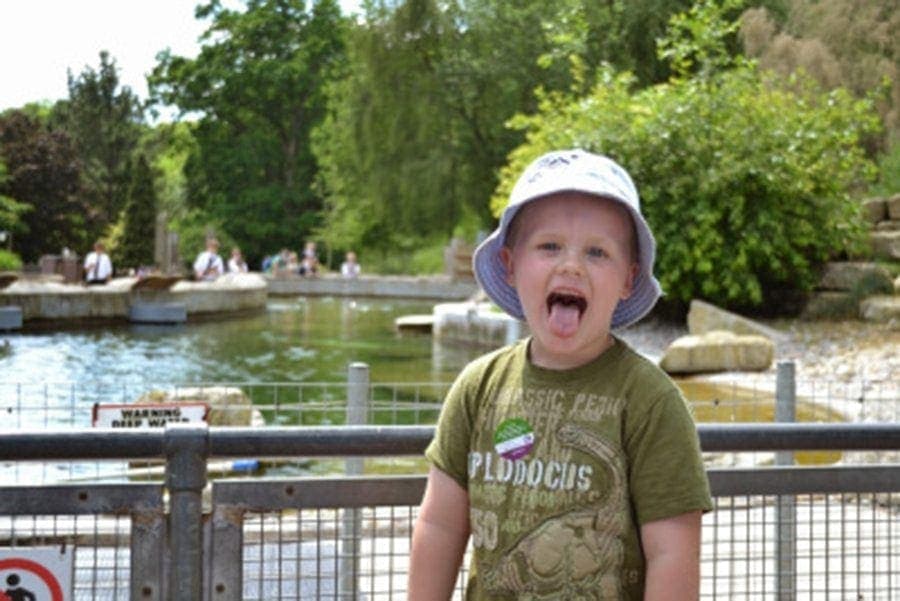 As we were walking up the gangway to spot the cheetah look who came and said hello. I loved that there were clear panels on the gangway so the children didn’t have to miss out. 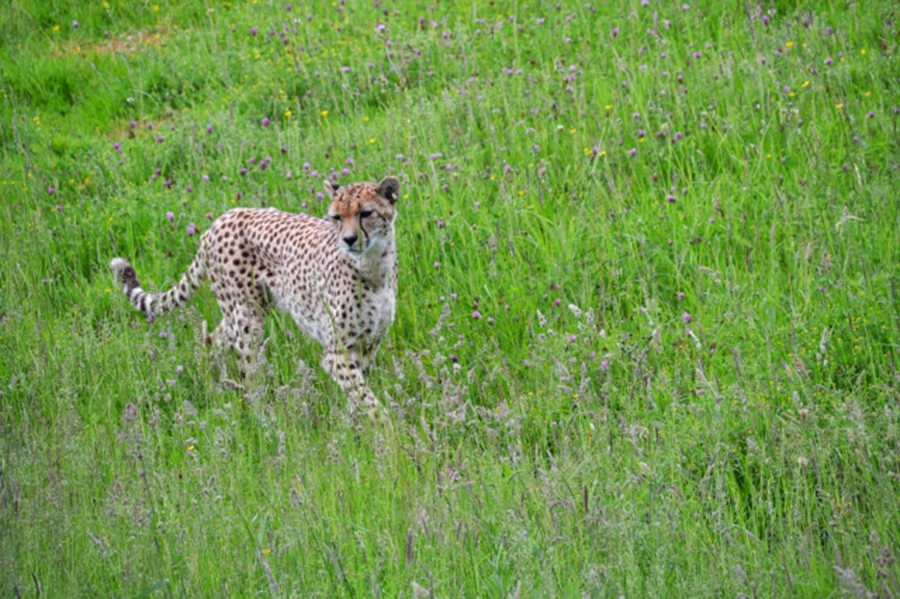 Everywhere you look there are more animals to spot so don’t ignore the animals on the other side of the path or you’ll miss some beauties. 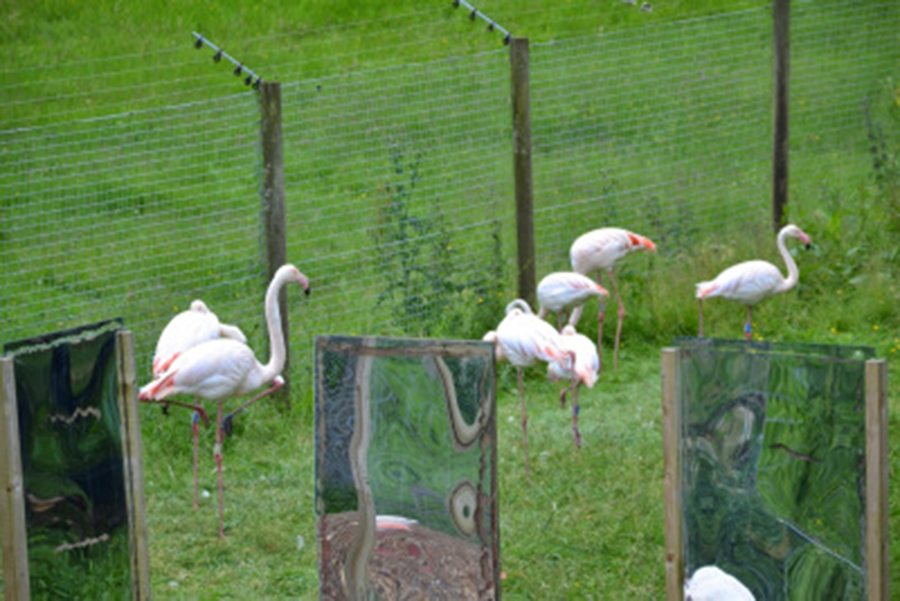 You may have seen the new campaign rise of the dinosaurs? I was intrigued to see what this would be like and was expecting an exhibit showing dinosaurs similar to the Go Rhino’s which were scattered around Southampton.

The dinosaurs are scattered around the park and are fairly realistic. The boy wouldn’t go too close to them as he thought the dinosaurs were going to eat him! Well apart from the spitting dino as he was cool and cooled them down so he didn’t want to leave him.

The dinosaurs have little animations like a wagging tail, moving eyes, flapping wings as well as the atmospheric music for effect. The boys couldn’t wait to spot the next dinosaur and would race each other to see who could reach them first. 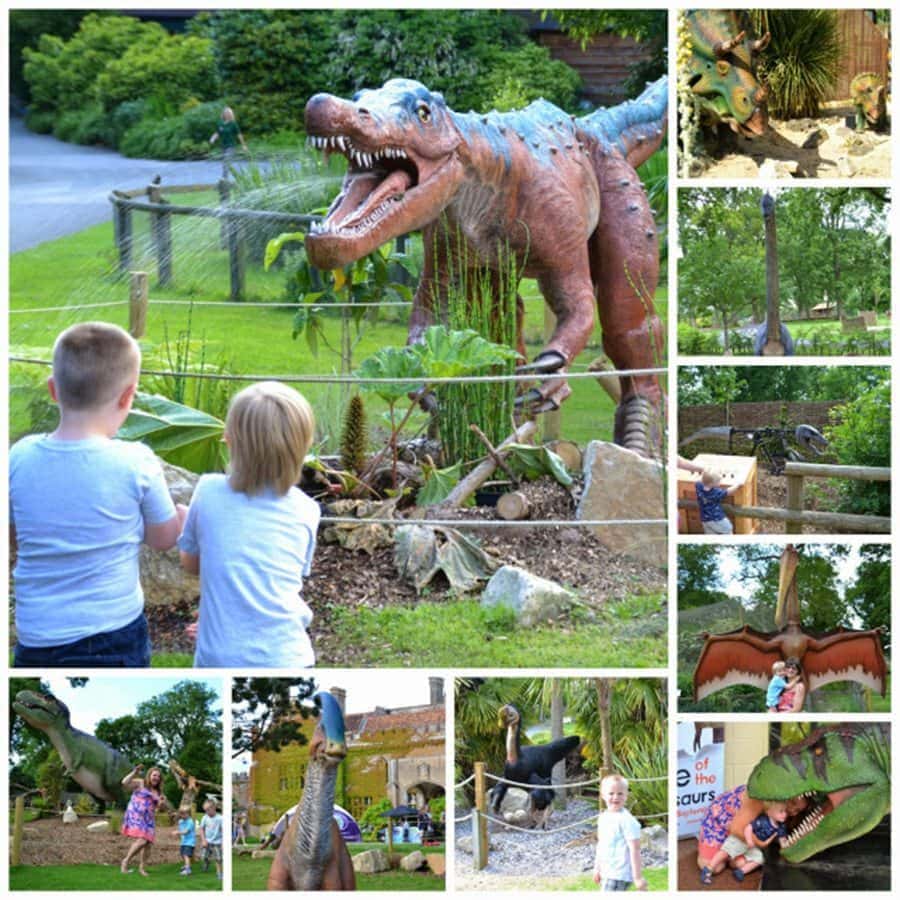 There is a dinosaurs outpost near to one of the adventure play parks where you can go in and look at stones, bones etc in closer detail. This was closed when we went past but it is open at the weekends and during the school holidays. There was also a robotic dinosaur which you could control by pressing certain buttons which all the children (and adults) found fascinating. 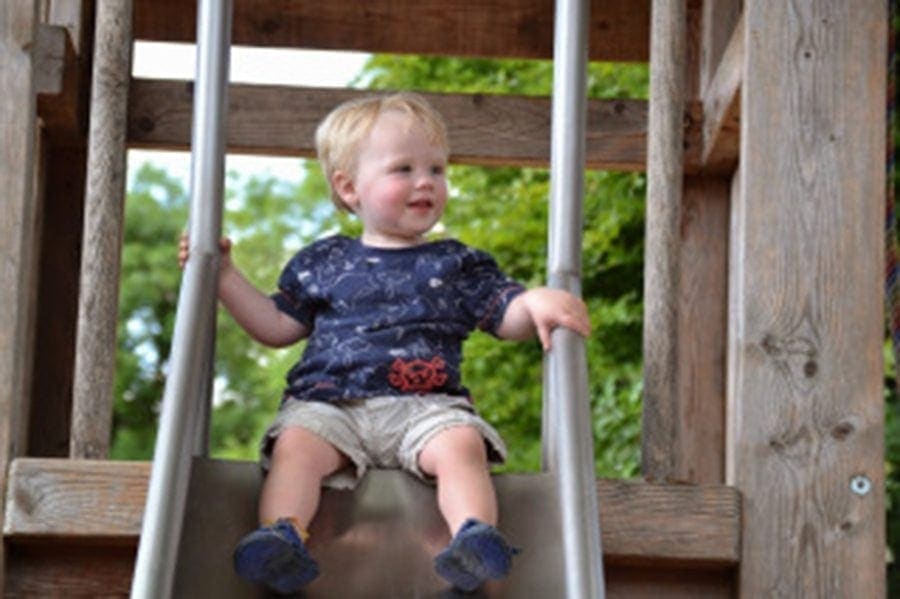 The dinosaurs are only stopping for a short while over the summer so visit before 3rd September if you want to see them. 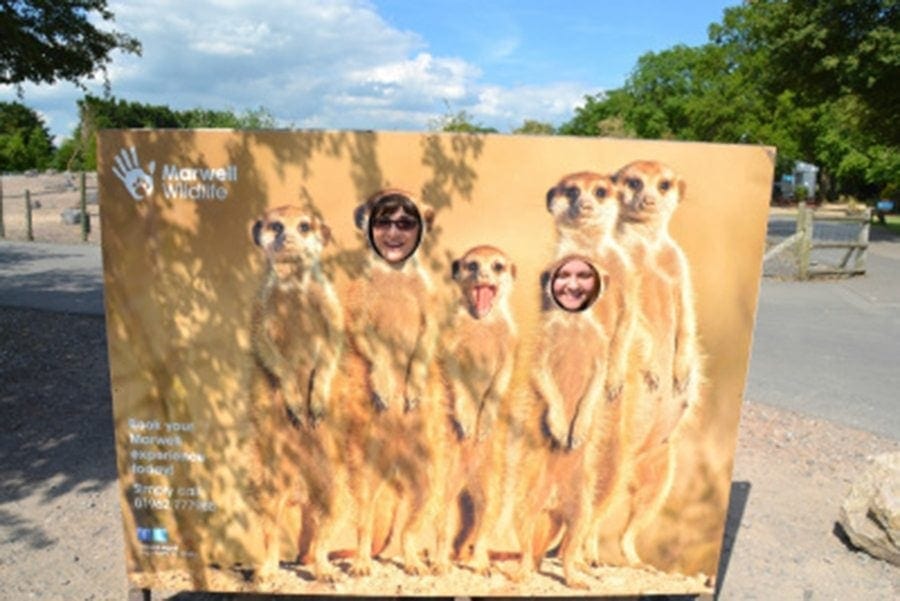 The zoo was very quite and at times we felt like we had it to ourselves which was very surreal. The boys had free reign in the play parks and the best spots to watch the animals. I’m guessing it was because it was very hot, term time and after lunch so parents of younger children may have had to leave to collect older children.
The cafe had a great range of hot and cold food with the childrens sandwich boxes being dinosaur themed. Not forgetting the ice lollies and delicious mini tubs of ice-cream! 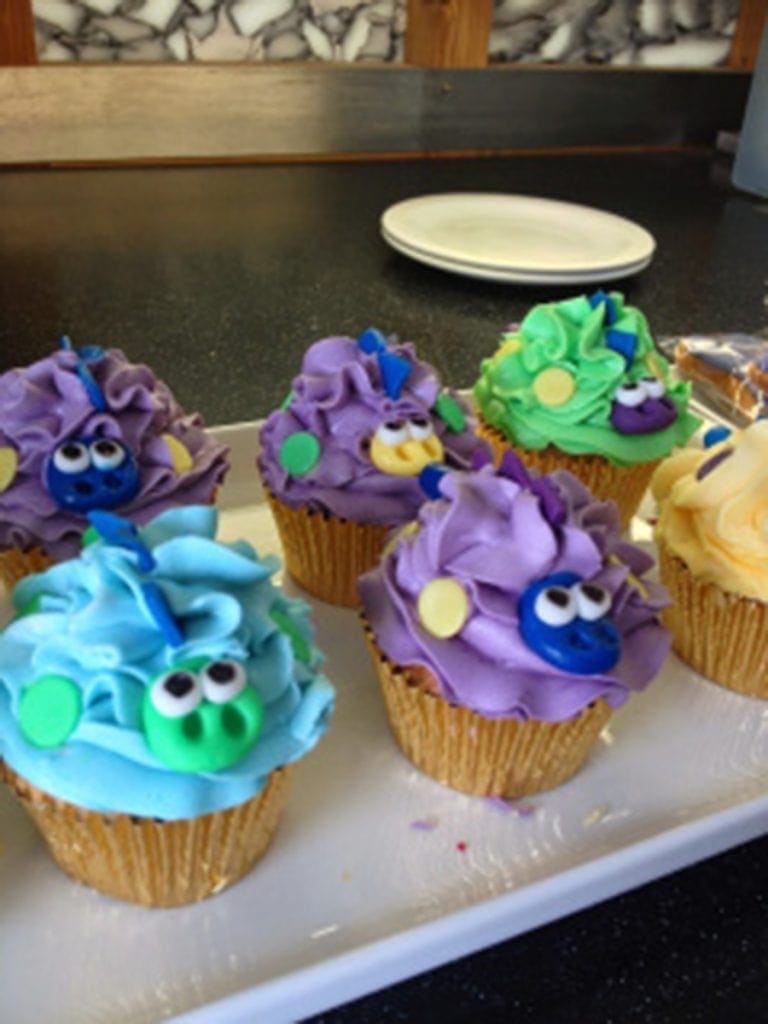 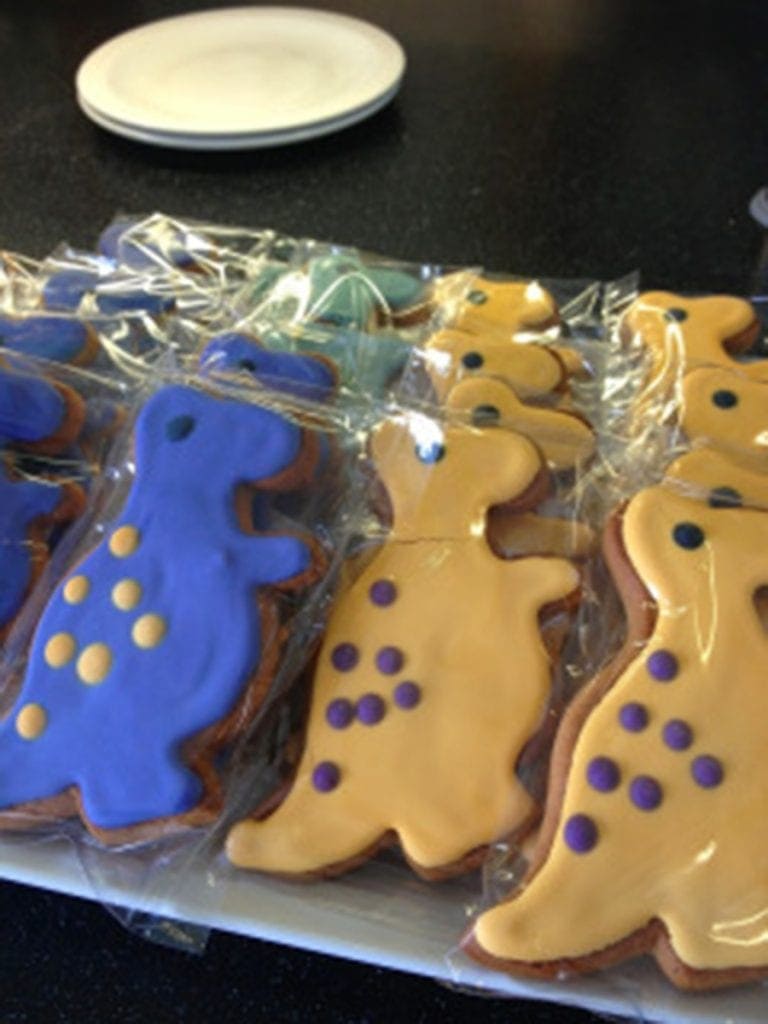 With animal cupcakes and dinosaur biscuits is the perfect pitstop with plenty of seating inside and out, with views over a lake and grazing animals, it feel like you are in another country. We have known giraffes to be wandering around here too. 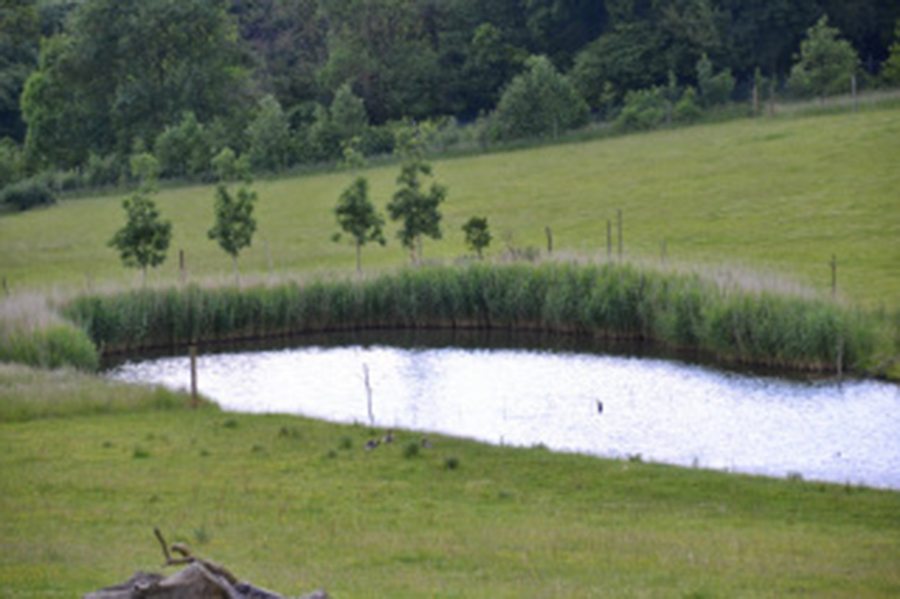 A couple of the zebra’s were ‘playing tag’ and it was mesmerising to watch as they chased each other around. 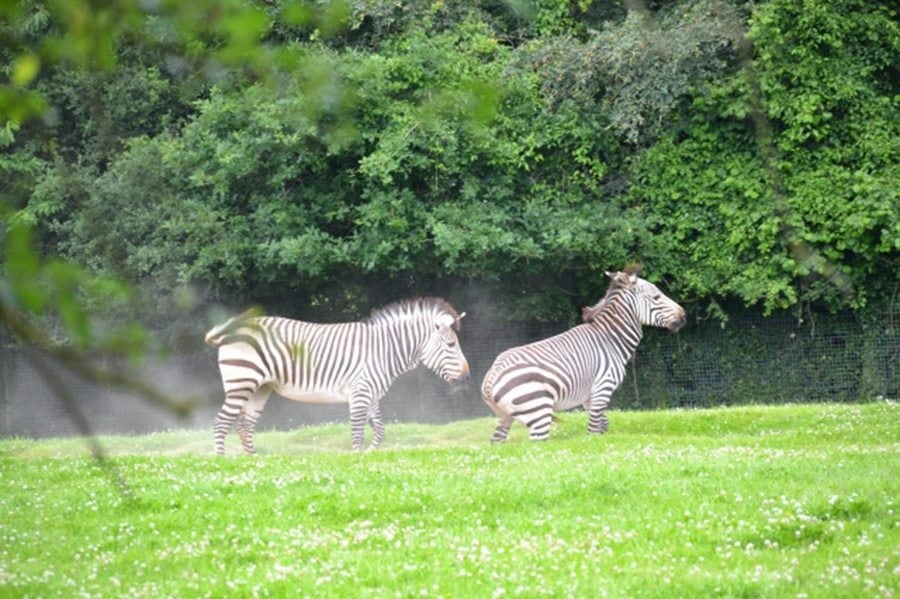 This not so little guy was massive and stunning. 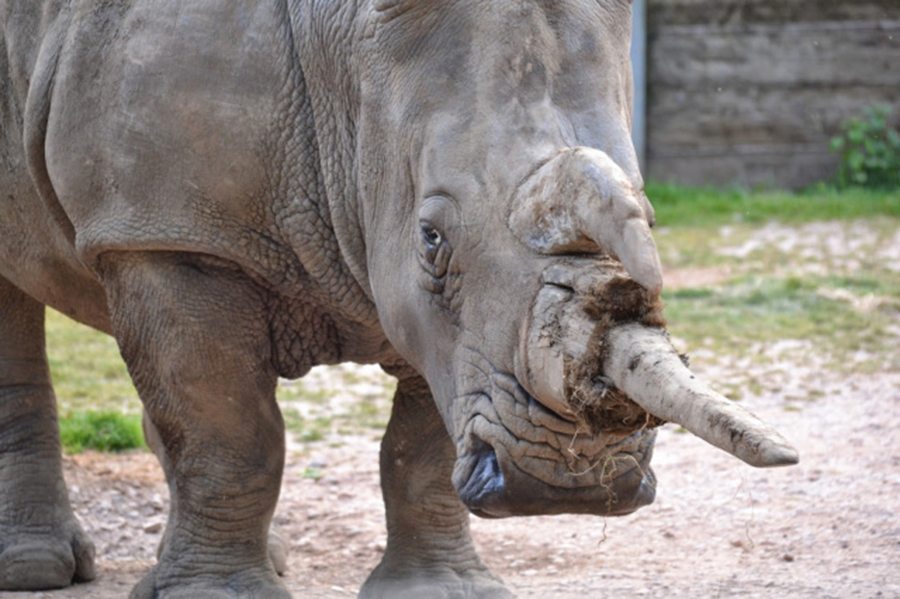 The most elegant animal in the zoo award goes to the giraffe. 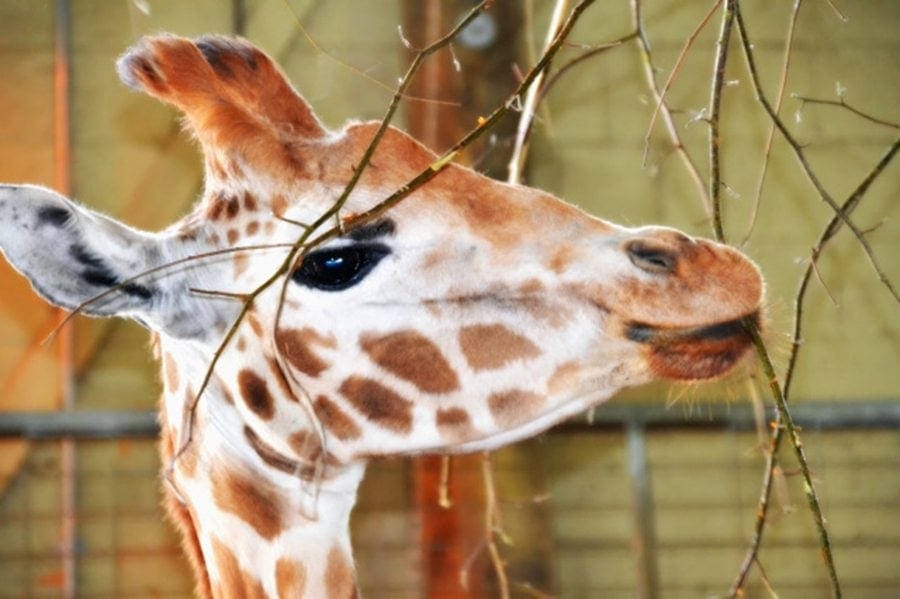 The gift shop is host to it’s own little cafe so you can recharge before heading home and take your pick from lots of lovely gifts including fair trade instruments, zoo cushions and Schleich animals. 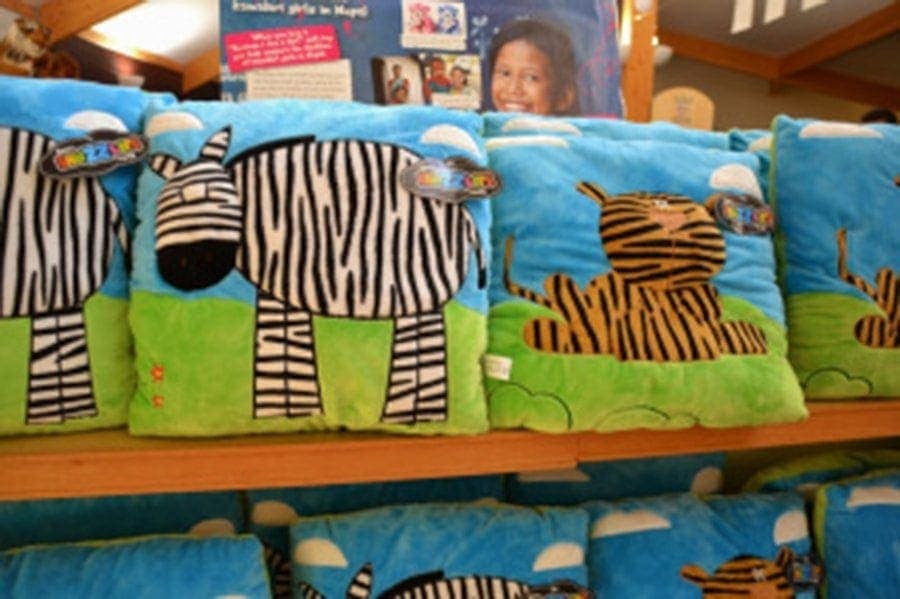 With the zoo about to close we grabbed some dinner at a nearby pub before heading back for the evening’s entertainment.
We were invited along to the sunset party  which in an event held twice a year in the summer when the zoo opens up after hours from 6.30-9.30 in the evening. It’s a real party atmosphere with coloured bunting, banners, fire performers, music and a steel band. 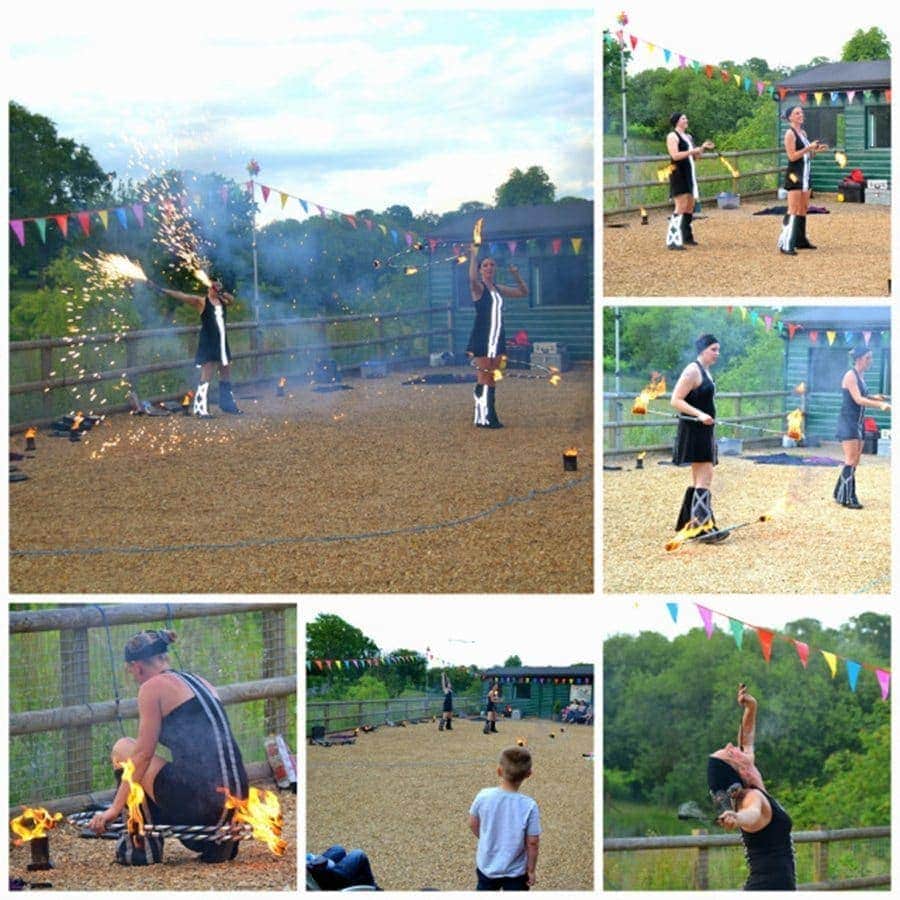 We managed to see a lots of the animals during the day so headed to the beautiful grade one listed house which was the hub of the party. We’ve attended a wedding at this house before and know there is a secret garden behind which houses a marquee for weddings. It was one of the best weddings we have attended so far. 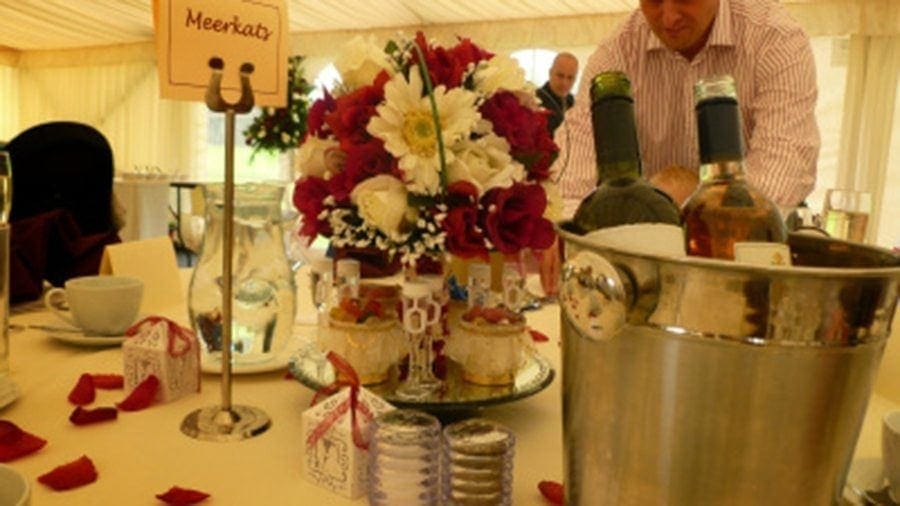 Back to the party – there was a bungee run, which the boy and his friend struggled to do but had great fun in trying, a bouncy castle and an inflatable obstacle course. A brass band on stilts, giant penguins, a cuddly tiger, a giant pigeon. Wave 105 were on hand to snap pics in front of the green screen and not forgetting the black cab bar so we could indulge with a pear cider on a hot summers evening. 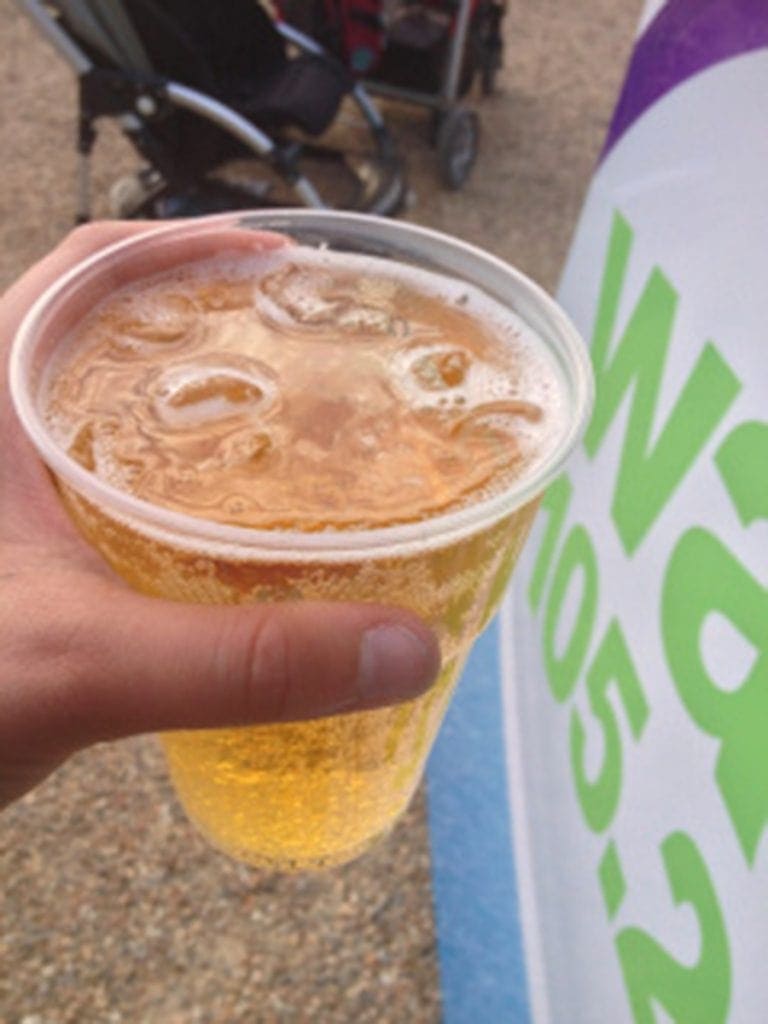 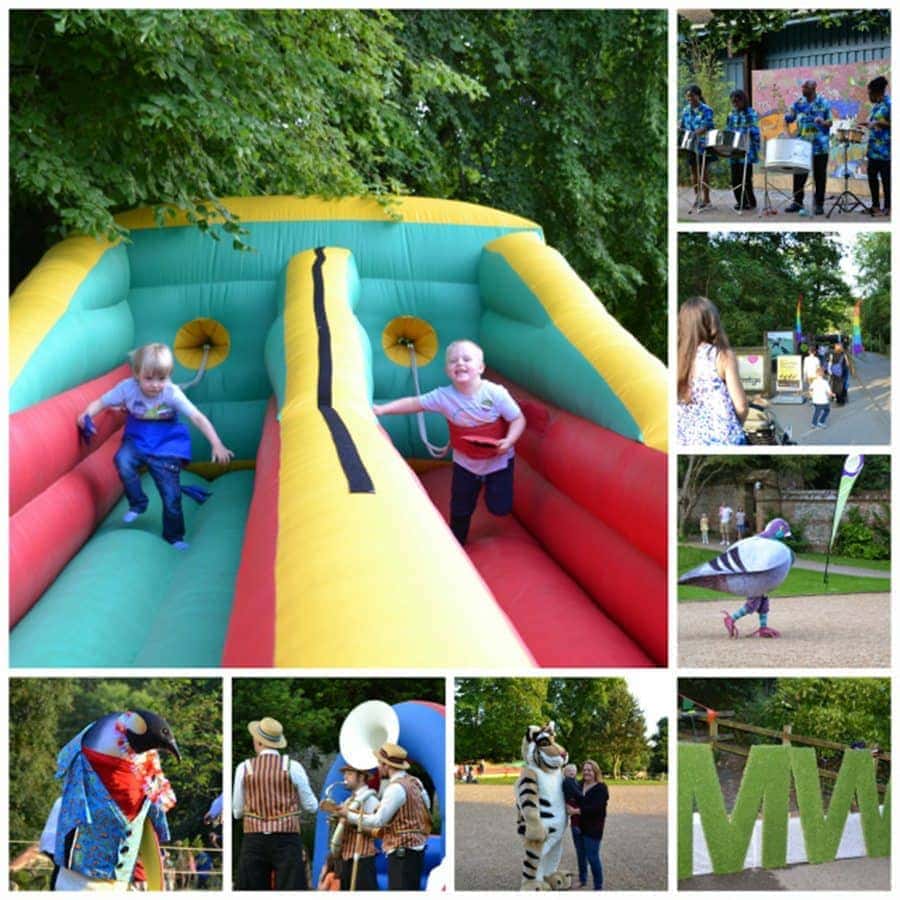 As the tiger was sleeping during the day we headed back to see if he was ready to say hello and we were in luck. He stopped directly in front of us before having a little play. 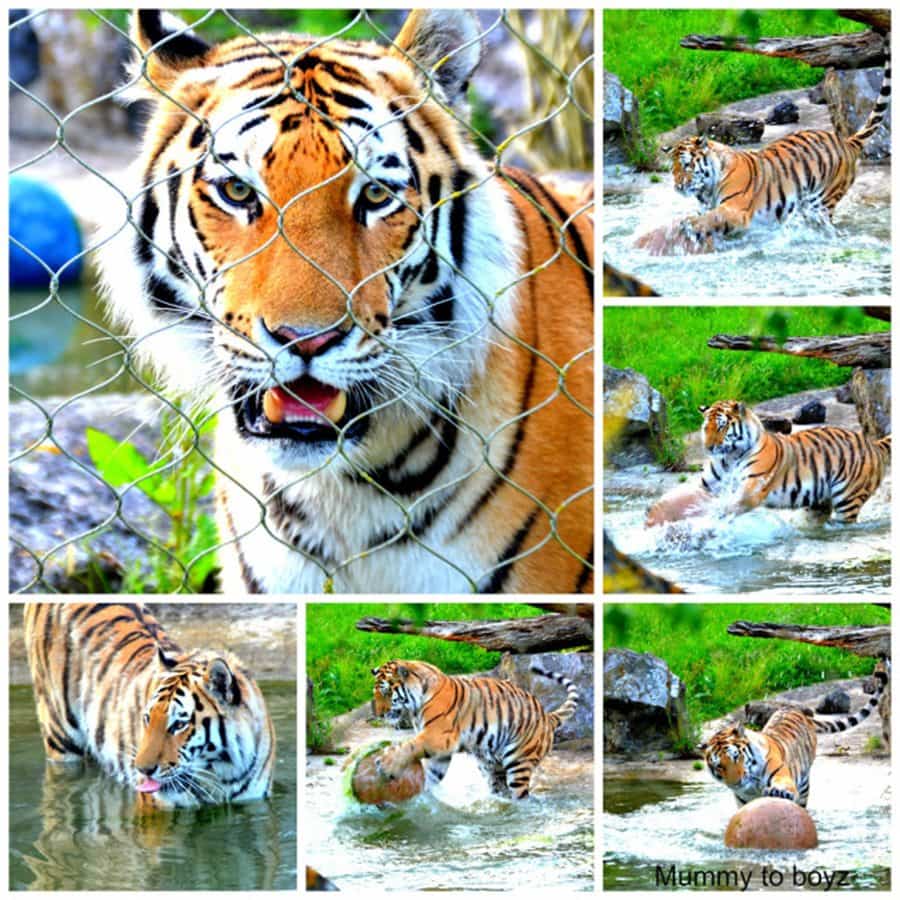 We had an amazing time at the zoo both during the day and the evening party. The sunset party was a hive of excitement with a great party atmosphere and at the end of the day we walked across the road to retire at the marwell hotel. The next sunset party will be on the 5th July so it’s not too late to soak up the atmosphere, animals and entertainment for 2014.

This review was posted by Laura who blogs at mummytoboyz.blogspot.co.uk and can be found on twitter @mummytoboyz.