What we loved about Maison de la Nature et des Mégalithes at St Just and how it can work with Children too.

One of the things arranged for us on our trip in Brittany was a visit to the Maison de la Nature et des Mégalithes at St Just.

There have been many archaeological excavations at St Just and  these have revealed that the megaliths were built between 4,500 and 1,500 years ago. As you walk around, you can see the dolmens of La Croix Saint-Pierre, Le Château Bû and Le Four Sarrazin as well as the alignments known as Les Demoiselles de Cojoux. According to legend, these damsels were turned to stone because they went dancing instead of going to mass!

I have to say though that as we arrived at a museum in the middle of seemingly nowhere at 4pm wth three tired children I didn’t hold out much hope for their enthusiasm over a tour of some large stones, even with legends of damsels turned to stone! 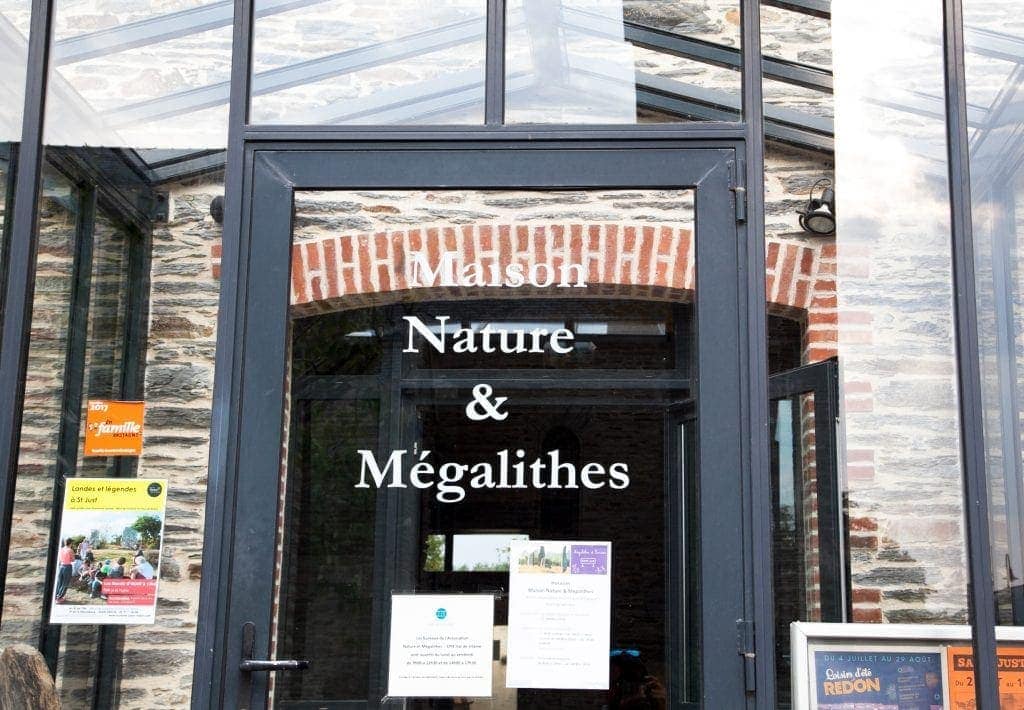 However we were greeted warmly (and in English) by Aurélie Martin,who showed us where to fill up our water bottles and what we needed to see in the small but modern museum. I was pleasantly surprised by the English translations on every part of the exhibition and this obviously greatly assisted our introduction to the megalithes.

There was a few touch screen games in the museum for the girls to play on and they really enjoyed reading all about the Stone Age and what things people then would have had and what they wouldn’t have. They listened to all the instructions and the information and were pretty good at guessing what was what.  They also enjoyed touching the stones (without seeing them) and then trying to guess what type of stones they were from the photos next to the exhibit. 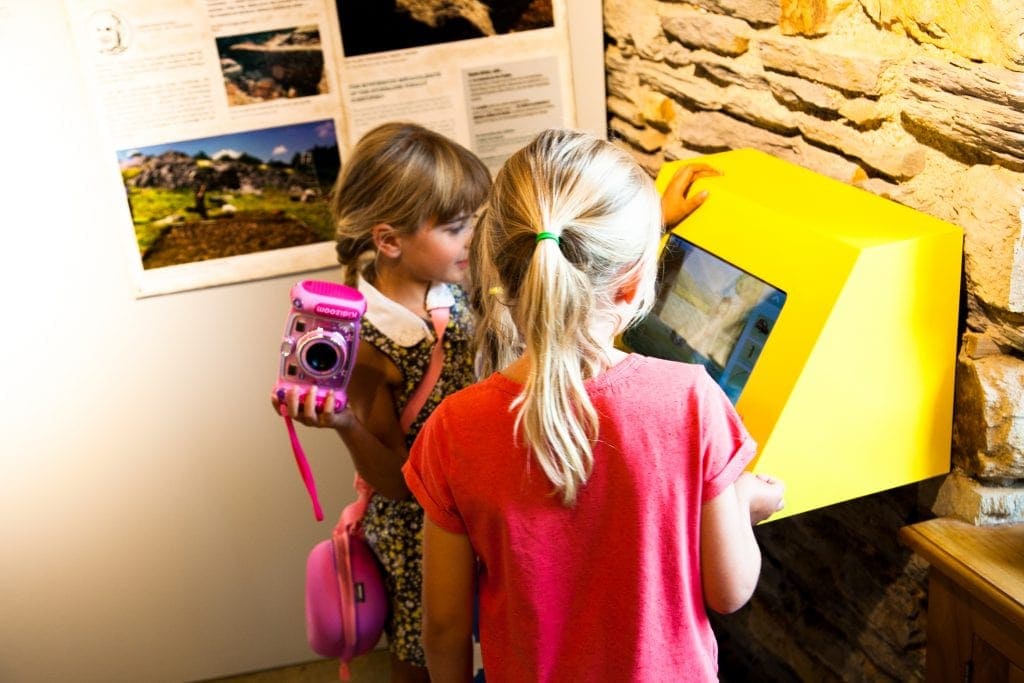 However the Megalithes really started to come alive when Emmanuel arrived.  Immediately I knew that this was going to have been worth the trip, for them and therefore us, as he took the time to introduce himself to the girls and make them feel like this trip was designed just for them. 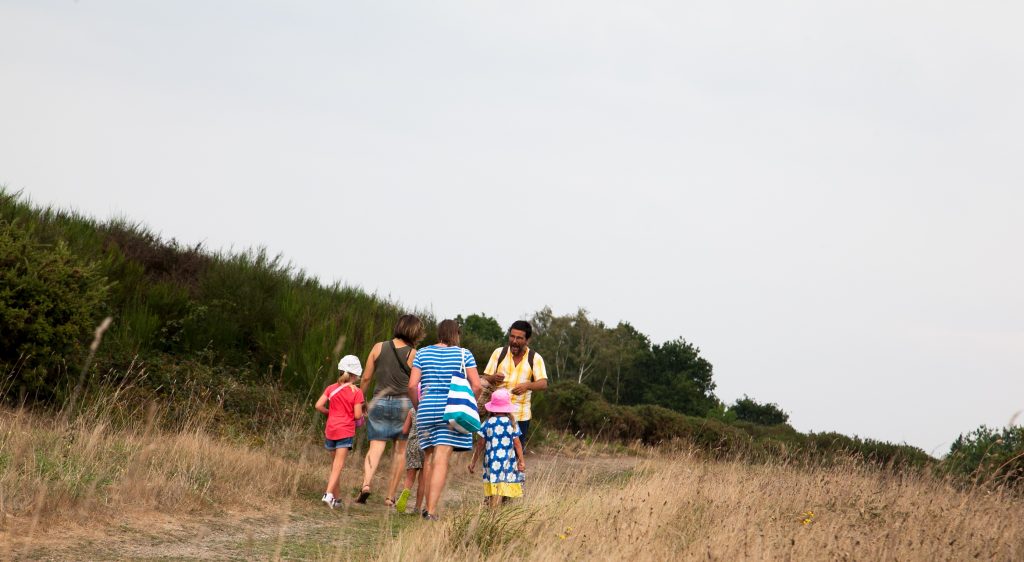 Brittany was continuing its heatwave as we set off for the short walk from the museum to the first stones. It was possibly less than a 10 minute walk but the girls did need a little cajoling mainly due to the heat. As soon as we got to the first set of stones though, Emanuel found a shaded spot to stop and suggested that the girls sit down to listen to the first part of his story. 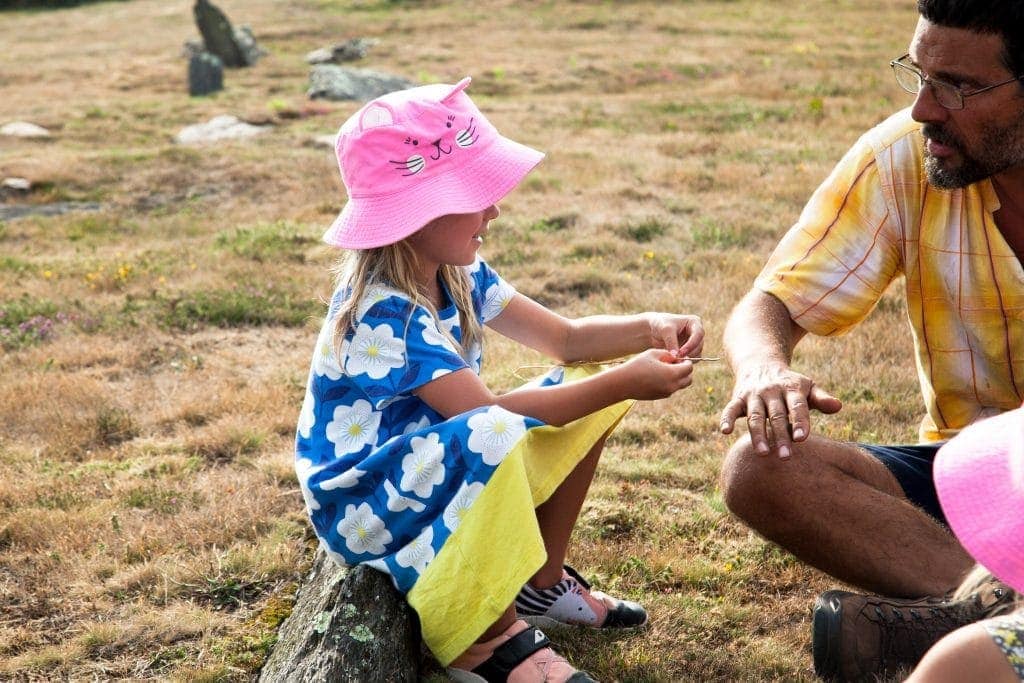 Emanuel explained to the girls how really old the stones were, and how little the people who moved them to this place would have had.  He explained that they wouldn’t have just been able to move them with vehicles like we knew them and also wouldn’t have anything like the equipment we have now to assist either.  At this stage he taught them how string was made from natural resources and they sat happily for ages twisting it together.

The museum puts on workshops at this site throughout the year and there are even sessions where you can learn how to stand up one of these stones, which can weigh up to several tonnes. 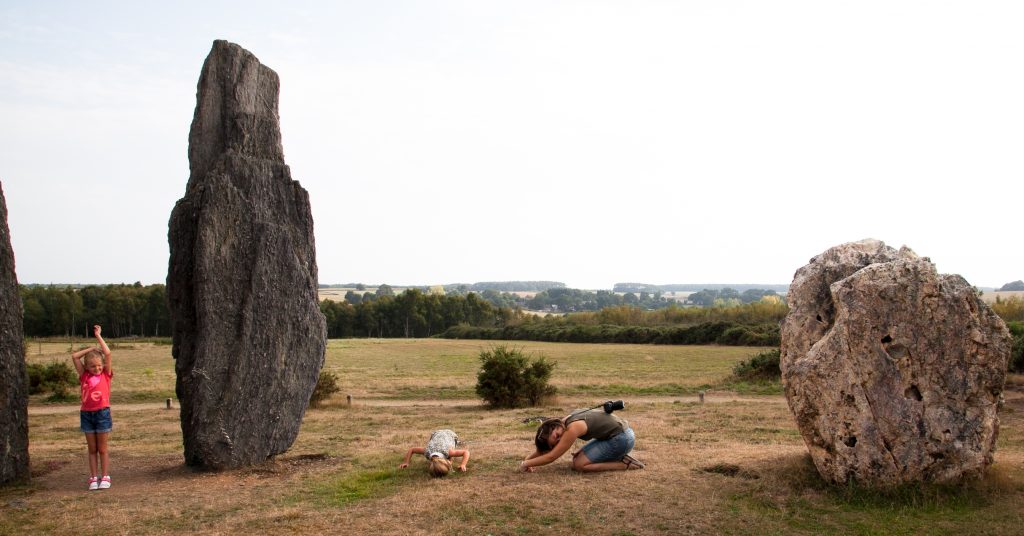 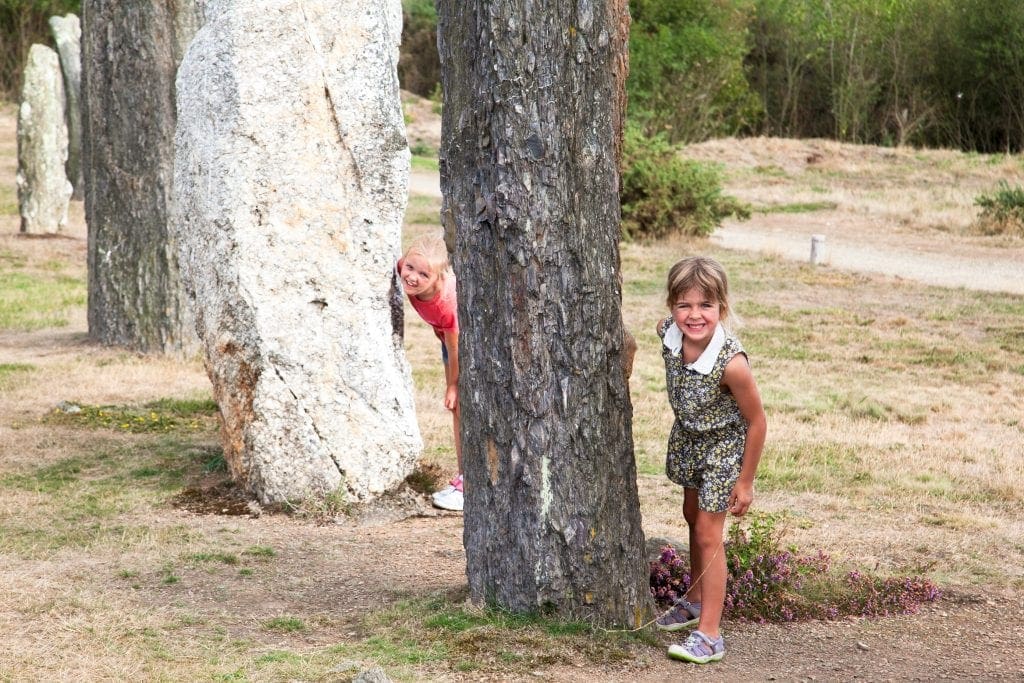 Now you aren’t technically supposed to stand so close to the stones, there are little ropes to keep you away, but as we were with Emanuel he said we could stand between the stones and pretend to be Megalithes ourselves – so here we are! I think they are pretty good stones don’t you!

We continued our wander through the stones, with Emanuel telling us stories about why they think they brought them to this area, what they did with them when they got them here and what other ideas they have as to the stones history.

Towards 6pm as the children’s enthusiasm was starting to fail, we sat down again for a fairytale about the fairies and the stones and the land.  The girls were fascinated and listened intently.  French marching songs and funny stories got us back to the museum before hunger set in and we had to leave.  Matt and I briefly wondered if we could get the kids to come back the next day as there were so many circles and areas we hadn’t seen, but sadly that wasn’t to happen.

We had a fabulous few hours in St Just and if you can arrange to be there at a time Emanuel is running a group tour then I can highly recommend a trip to Maison de la Nature et des Mégalithes at St Just with Children.  You can contact the museum by email or by phone to find out about tour dates and times here.

Why not PIN this.

It's great that an attraction such of this one can prove so interesting for children. I love how they made extra effort to allow you to take photos by the stones. Lovely post!

How lovely that Emmanuel geared his talk towards your girls, they were obviously interested, if the photos are anything to go by. they will have learned so much from him!