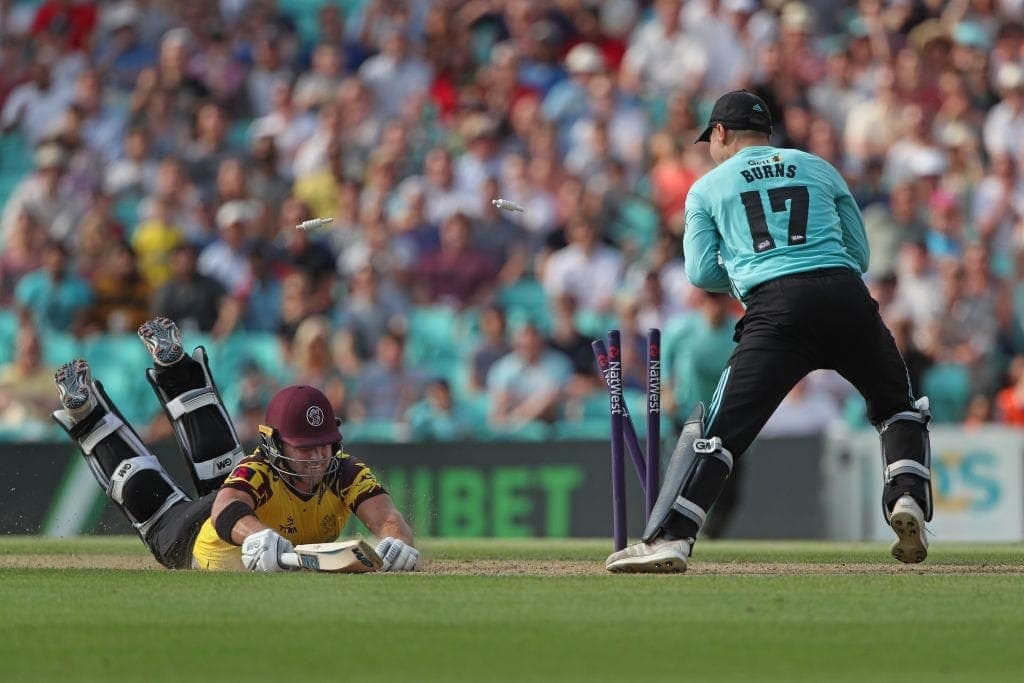 Cricket isn’t the first sport you think of for taking the kids for an afternoon out.  It’s all afternoon tea, men in blazers and big hats and polite applause, well not so if you go to a T20 Cricket match.

T20 is a summer based cricket competition where each county plays 14 qualifying matches in a six week period between July 7 and August 18, with the top four teams meeting at Edgbaston in September for the finals.

T20 is known for being more relaxed with evening fixtures and groups of mates having a good night out and now they are looking at attracting more families to the competition with weekend family friendly fixtures at a great price of £1 per child. LONDON, ENGLAND – JULY 09: Somerset take to the field at the start of play in the NatWest T20 Blast match at The Kia Oval on July 9, 2017 in London, England. (Photo by Sarah Ansell/Getty Images).

Neither of my boys, 6 year old Ethan and 3 year old Seth have ever been to a cricket match.  Ethan plays a bit of cricket at school but neither of them really knew what to expect.  I’ve been to a T20 game before but I didn’t have kids and I just remember drinking lots of beer and it being a bit more like a footie match with chanting and big groups of blokes than what I imagined cricket would be like.

When we arrived we headed to the family area underneath the stand where both boys had a go at bowling at some wickets.  Ethan managed to get one of the balls out of the ground, quite a feat really, and Seth had a pretty pathetic attempt but they both enjoyed it.  And the freebies of funny headwear and noisy inflatables.

There was an area where you could test your batting but the ball speed was fast and the guy running it said he didn’t really advise it for the age of the my two kids but we watched a few older kids have a go. Unsurprisingly the balloon lady was a big success and was a bit like the Pied Piper with little kids waiting expectantly for their balloon model.  Seth loved his wizard/skeleton creation.

I must admit we only watched about 20 minutes of the actual cricket.  The family stand was really busy and had a great atmosphere but I’m not so sure my two kids really knew what was going on.  I am no cricket buff myself but I was trying my best to explain to Ethan what was happening.

Seth sort of got it with his explanation ‘the blue men were throwing the ball to the yellow men who hit it back’ hmm, sort of.

There were plenty of other families enjoying the match though with lots of ‘lads and dads’ conversations.  I did notice quite a lot of the kids there were older than my two.

Almost all of the staff we met were great with one of the stewards giving the kids a rousing rendition of All You Need Is Love when we asked him a question.

I’m sure we will be back when the kids are a bit older and can last more than 20 minutes of watching the actual cricket.

The T20 Blast continues until August 18 and Surrey’s next fixture aimed at families is Sunday 13 August versus Sussex.

NB: Denise and her family received complimentary entrance to the T20 match but all views and opinions are their own.

Denise Wallin Denise is a mum to two boys, currently aged 6 and 3. She has worked in marketing for many leisure destinations including Merlin Entertainments, ODEON cinemas and the British Museum so knows a thing or two about days out. She is a lapsed family travel blogger at aroundtheworldwithahighchair.com but enjoys keeping her hand in writing for Mini Travellers when she can. 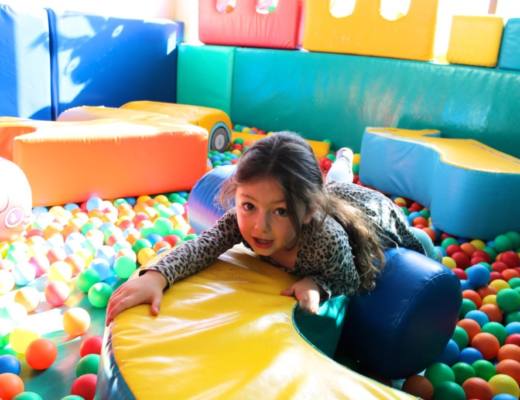 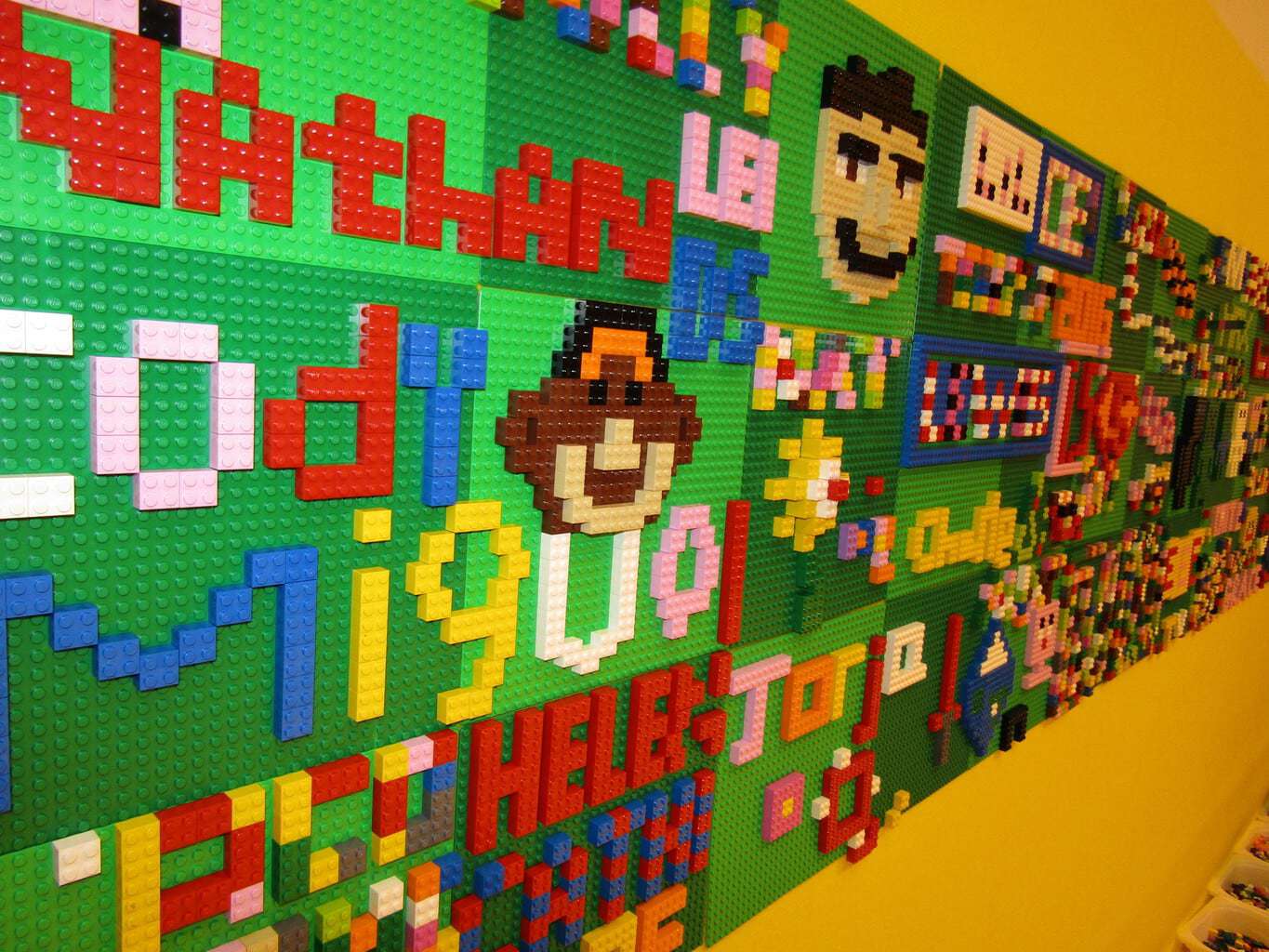 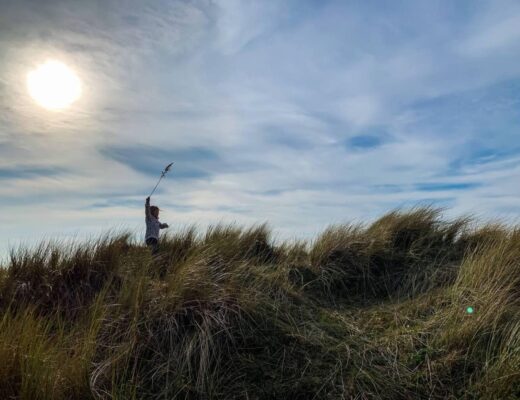