I love a winter getaway, a chance to leave the hustle and bustle of Christmas preparation behind, and just relax and enjoy this beautifully festive time of year. Late last year Heledd from Running in Lavender escaped to the country with friends Bonnie (from MamasVIB) and her family for a few nights of laid-back luxury at The Lodges at New House Farm on the East Sussex and Kent border.

If you want to stay somewhere utterly stunning, in the middle of the southeast countryside with children, then this place is a must. They have six lodges, which have been planned and designed from scratch by Nina and her husband, the owners. They stayed in the two bedroom stable lodge, which had an open plan kitchen and living space (with a log burner) that opened out onto the most stunning country views. There were literally rolling fields as far as the eye could see. Bonnie and her family stayed in the other stable lodge, which was joined to ours by a double door, making these lodges ideal for two groups or a larger family. The two garden lodges also has this facility but the two pool lodges are separate, making them better suited to smaller families and couples.

They arrived late on Friday night, and spent their first night (once the kids were in bed) just chilling on the sofa, taking in the relaxing atmosphere, drinking Prosecco and generally feeling very smug!

Find out what they thought about the rest of their trip by heading over to the full Review of The Lodges at New House Farm here. 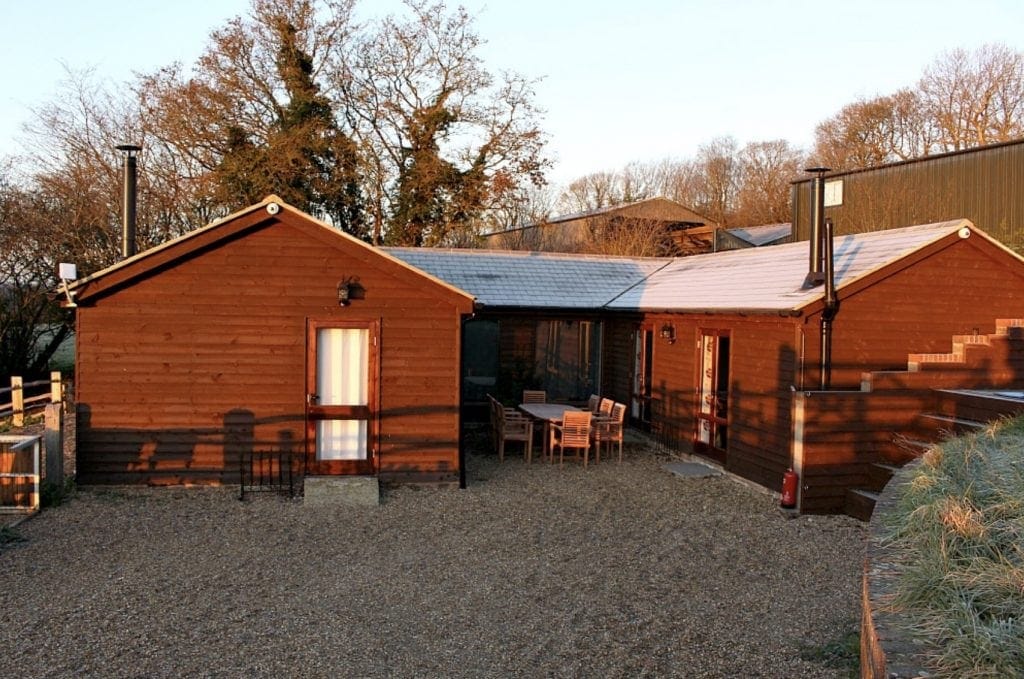