Is there more to Legoland Discovery Centre than the latest film?

On Saturday evening we were invited to attend the premiere of the latest Lego film The Ninjago Movie at Legoland Discovery Centre Manchester in the Trafford Centre.  The added bonus of the showing was the option to spend an hour in the recently renovated centre which was an opportunity too good to miss.

Legoland Discovery Centre Manchester underwent a 1 million pound renovation throughout the Spring of 2017 and this was the first time we had been to the centre since then to see what was on offer. After gaining entry to the attraction you take a short lift ride up to a waiting room where you meet the on duty Professor.  He, or she, takes the children and adults through the process of making Lego bricks, encouraging everyone to get involved with the sound and movement-operated machinery, before all the younger guests receive their very own themed Lego brick as a keepsake. As it was close to Halloween the spooky-themed red Lego brick was an instant hit.  You are then directed towards the Kingdom Quest Ride where all members of the party can battle it out using laser guns to shoot at bad guys, boulders and targets to protect the King and Queen from attack, whilst also trying to score the most points. It’s very competitive for the adults as well (and Daddy won, hurrah!). 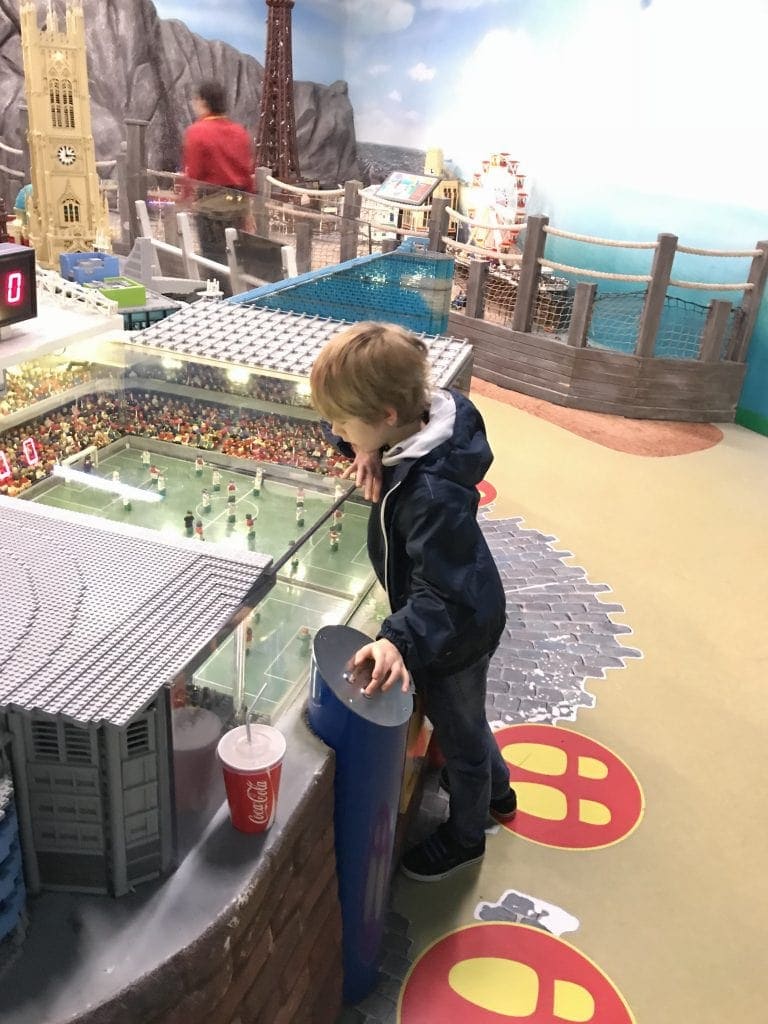 After the ride you then enter Miniland which is currently set up with a Manchester City Centre display, including landmarks such as Old Trafford and the Eithad Stadium. These are sandwiched together with other iconic landmarks from Central London, Alton towers and the Lake District all complete with motorised characters and transport.  Once you have browsed the models it’s time to enter the main area of the Centre at which point my youngest son (4 years old) ran off straight towards a pit of Lego and jumped straight in with great delight!  What I really like about the centre is way visitor’s entry is staggered so it slows down the flow of people into the attraction and clearly helps to keep the queuing time to a minimum. This means you get more time to enjoy the Professor’s show, the Kingdom Quest Ride and then the Miniland models before heading into the main part of the attraction.  In the main area there is plenty to keep the youngsters occupied. 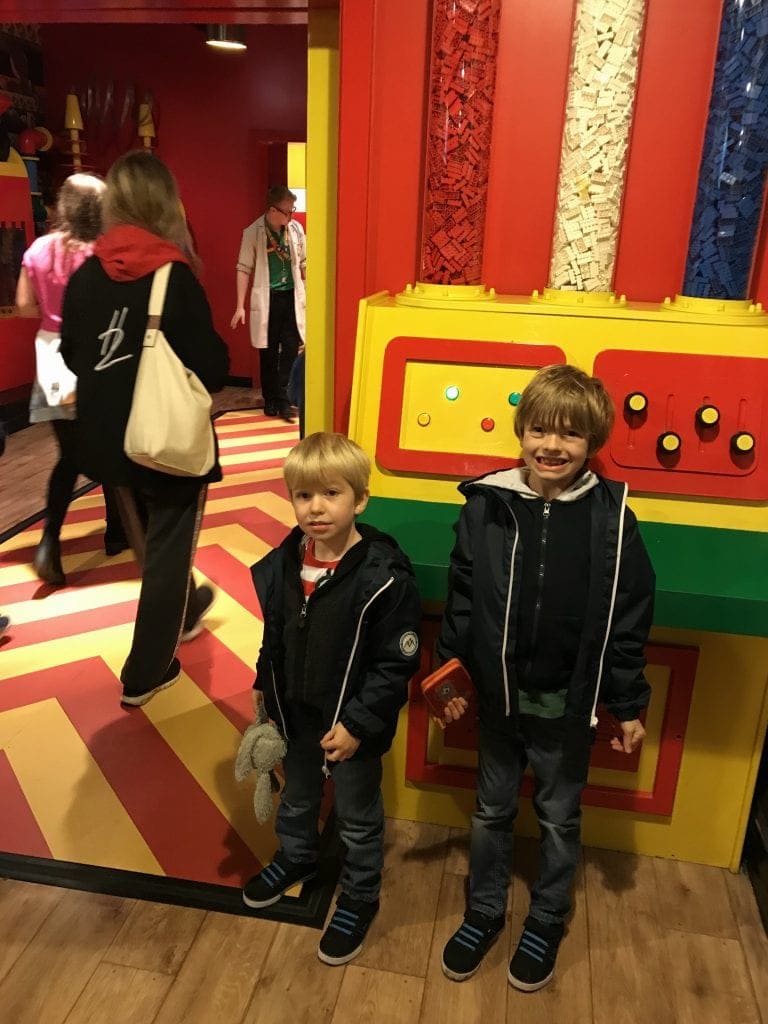 The children enjoyed playing in the large pits of Lego whilst the adults could take a rest on the comfortable seating nearby. The Lego racing tracks provided endless amusement for both children and adults who were eagerly building Lego racing cars, bikes or other contraptions and racing them down ramps to see who would be the fastest! There are ride-on motorised police cars that children over 4 can drive around the Forest Ranger Track. The Merlin’s Apprentice ride is definitely one to raise the blood pressure as the adult or older child peddles furiously to ensure their carriage remains high off the ground. 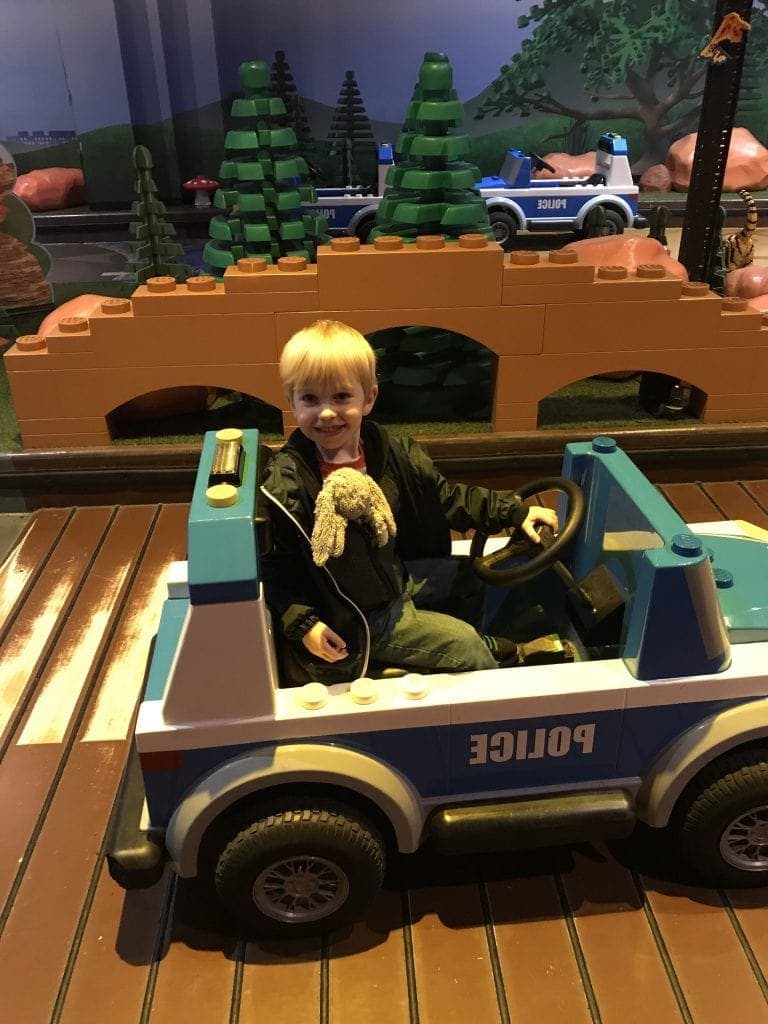 You can test your design skills in another area by trying to build the tallest tower that can withstand the shaking of moving plates, designed to mimic an earthquake. New this year to the attraction is a revolving climbing wall and a Ninjago themed large indoor soft play and skills training area. In my opinion this is a great addition and certainly a good place for children to burn off some energy whilst the adults enjoy a refreshment break in the new Coffee Shop.  On regular days there is a fantastic 4d cinema where 20/25 minute films are played throughout the day with the audience immersed into the world of 4d wearing special 3d glasses with the added extra of wind, smoke, mist and water thrown in. 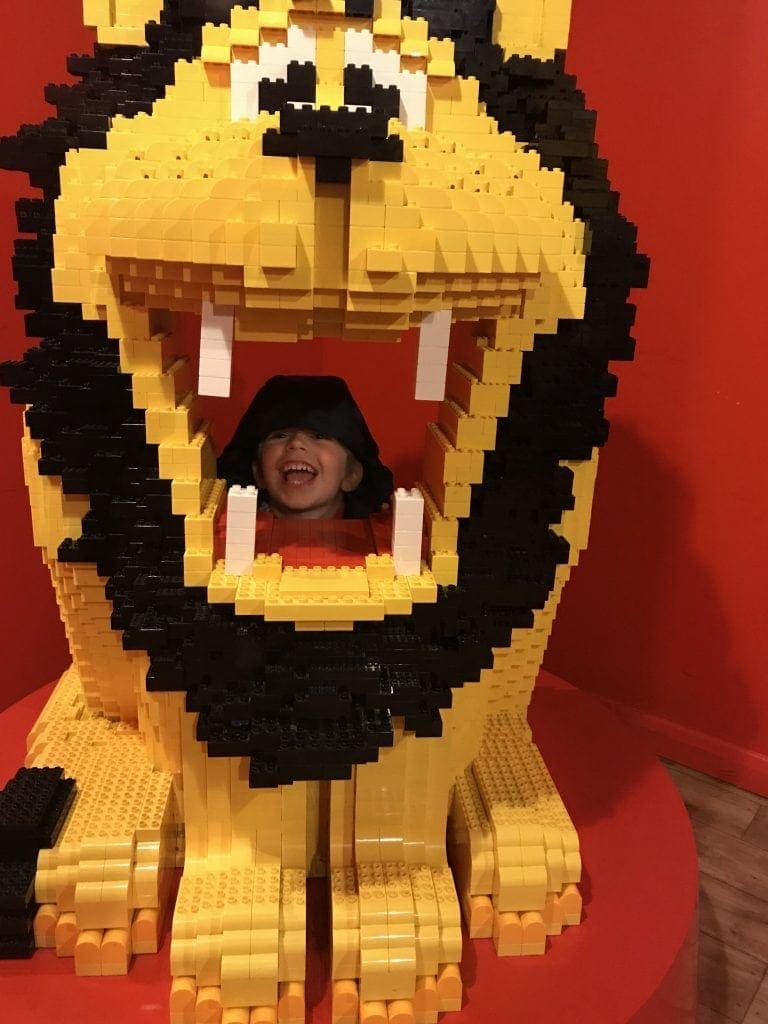 As part of the package we were lucky enough to watch the full feature length Lego Ninjago Movie in the 4d cinema.  Having taken my father-in-law as an extra pair of eyes and hands, we headed into the theatre with our excited children/grandchildren in tow.  The film was brilliant with laughs for all ages.  Our 6 year old sat enthralled from start to finish as the tale was told of the rise of Lloyd the Green Ninja and his struggle with his father, the evil warlord.  At 1 hour 40 minutes the film wasn’t too long to lose the interest of the younger ones. As the film finished many children were dancing in the aisles and everyone left with smiles on their face. 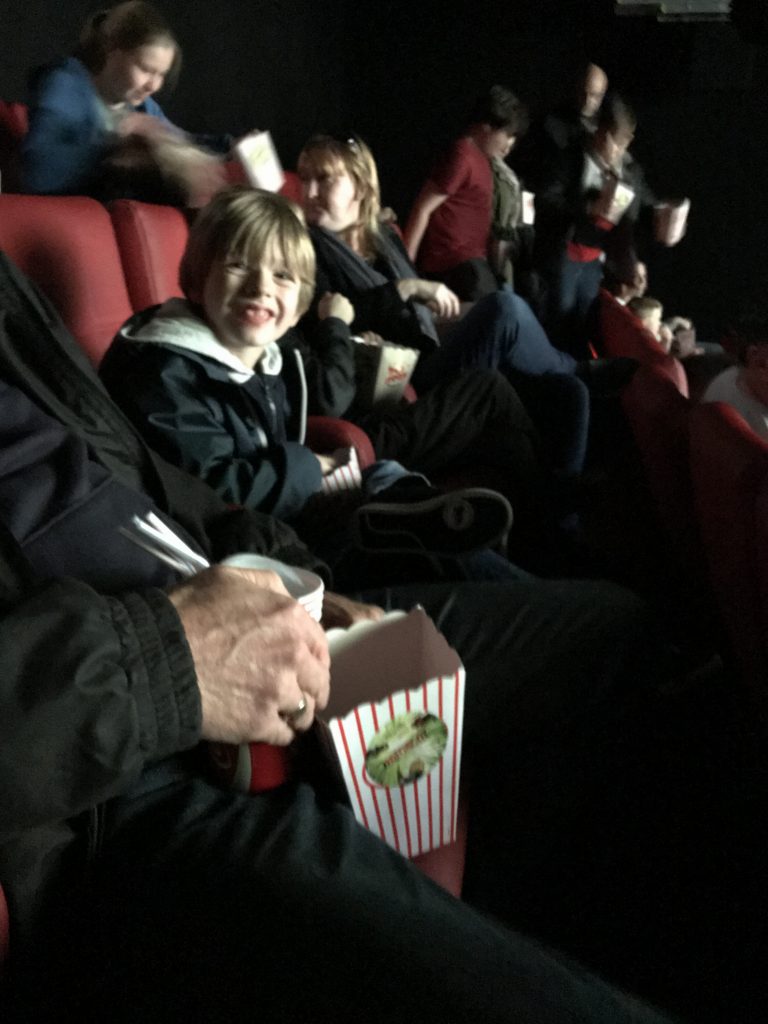 Once the movie was over we made our way to the exit via the gift shop. We did succumb to the pressure of buying an additional treat for the boys, although in the past we’ve managed to navigate through it without having to purchase anything.  As we drove away the boys were already asking when we could go back for another visit, which is something we will definitely do in the near future.

Ian and his family were invited to review, but all views and opinions are their own.

What an exciting adventure for all Lego enthusiasts, young and old!