I took my 3 children (10, 9 and 7) to visit the Jurassic Kingdom outdoor exhibition at Phillips Park in Manchester.  The exhibition is touring the country, and was in Manchester for about 3 weeks before heading off to Blackpool.  Jurassic Kingdom is basically a guided walkway around the park, with various fantastic model dinosaurs along the route. 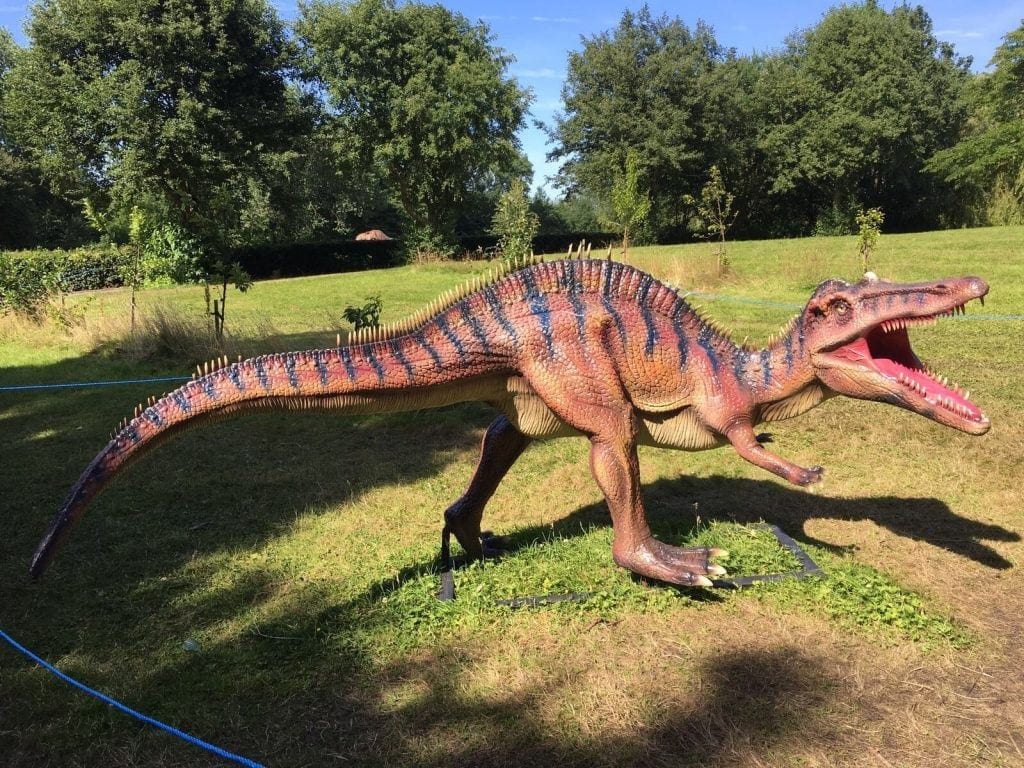 Each dinosaur has a placard with some interesting facts, and we were given a quiz sheet at the beginning, which is a great way of encouraging the children to actually read the facts instead of just looking at the dinosaurs!  The dinosaurs were very impressive – some of them are absolutely huge, with moving tails and arms, and life-like dinosaur ‘roars’. 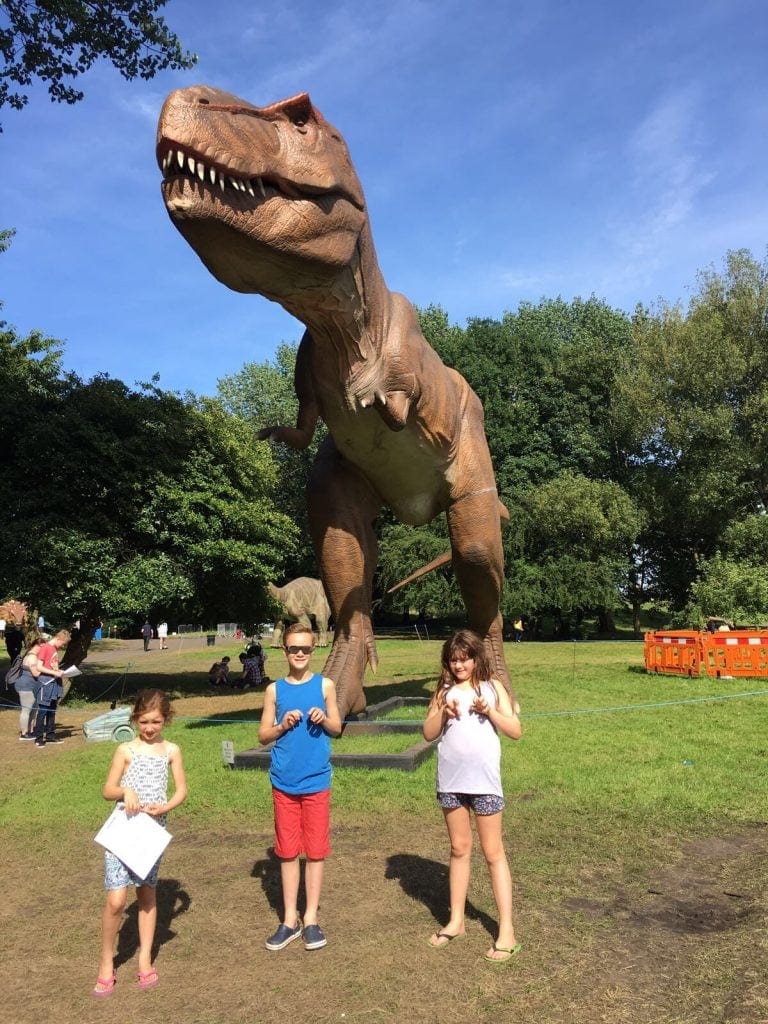 My children aren’t toddlers, but I don’t think the sound effects would be particularly scary for most toddlers – all the smaller children we saw were loving them!  There are a few activities and photo opportunities around the walkway – giant broken eggshells that kids can play in, a roaring dinosaur that you can partly climb inside, and a small T-rex you can ride on (for £2) – but other than those there are no activities as such. 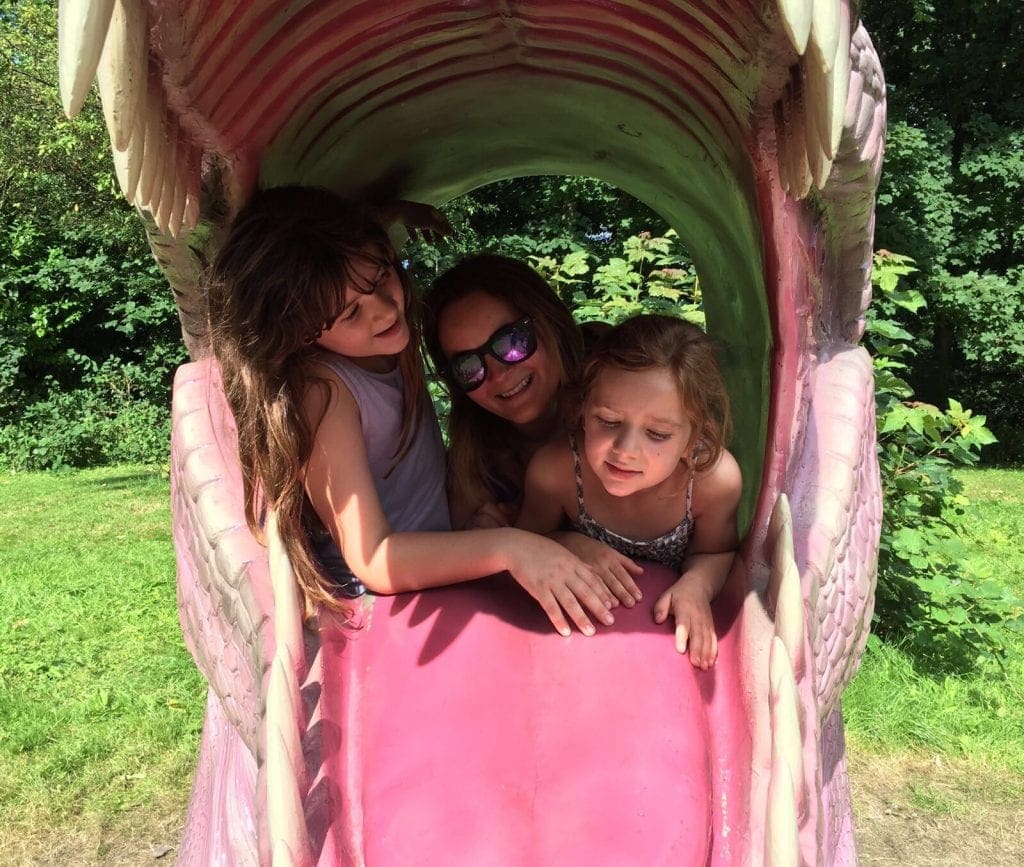 I felt that this exhibition had a lot of potential and that much more could have been made of it (particularly given the fairly high entrance cost at £44 for a family).  I would have liked more interactive activities and learning opportunities.  There was actually a small tent with chairs set up inside, showing a film of dinosaur bones excavation, but it didn’t really engage my children (and I can’t imagine that younger children would have been particularly interested either).  There were a few food stalls dotted around the park selling burgers and hotdogs and ice creams/drinks.  I would say that younger children would enjoy this more than my age children, as we struggled to spend more than an hour there (even doing the quiz and reading all the information).

NB: Jane and her family received complimentary tickets in order to review but all views and opinions are her own. 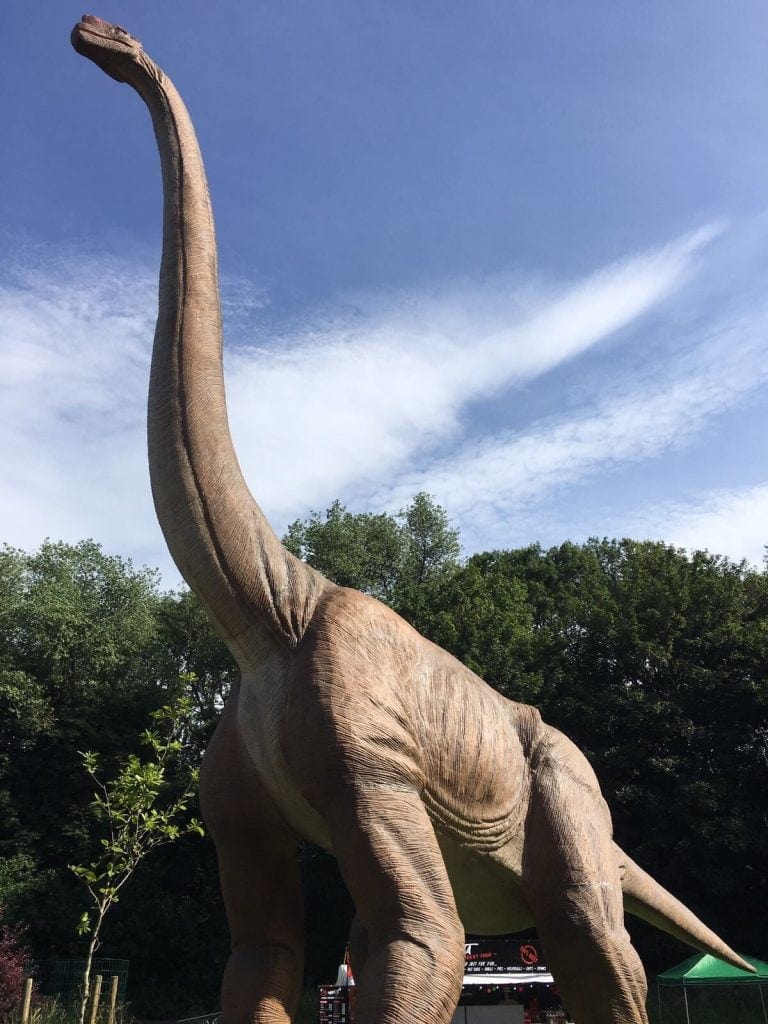