Claire Copland got in touch this week to submit this incredible review of a family road trip on the California coast.  Claire writes a wonderful blog called Joy and Pops which makes you laugh and cry in equal measures.  Do go over and have a look by clicking here.

In 2012, after a few years ‘living in good old sin’ we decided to get married. This was obviously super exciting as I love a ‘do’ and I got to wear a pretty dress – that bit did prove a bit trickier when I ended up being 3 months pregnant on the day and said pretty dress didn’t fit…but I digress!

We knew we wanted an adventure. Well meaning friends and relatives would suggest that we should consider a romantic break without our daughter Amelia (then 5) but we knew we wanted a proper crazy family adventure. It was around the time Visit California aired a TV advert extolling all of California’s virtues, we were totally hooked! We decided on a San Francisco to L.A family road trip! To make it even more exciting, we also factored a slight inland detour to Yosemite National Park, rejoining the pacific coast highway at Monterey and ending in Santa Barbara.

Excitement doesn’t even begin to cover it – it was our dream trip. Two months before our wedding we got the amazing news that we were expecting our 2nd daughter, Poppy. We almost postponed our trip as I don’t find pregnancy to be the easiest time after losing my first child Louis. However, after speaking to my midwife and consultant (and anyone else who would listen!) we decided to go for it – I’m so glad we did, it remains a magical memory for us all.

So, first up, getting there:

Living in Yorkshire we usually fly from Manchester but to get this particular flight we had to go via Heathrow. We decided to drive down and stay overnight a the airport rather than catch a connection. This was purely for my benefit as I absolutely hate flying, I go all ‘Final Destination’ – obviously very quietly around my children as I don’t want to pass on my lunacies!

Flying from Heathrow with British Airways did come with an additional benefit. My best friend’s Mother-in-Law works for BA and managed to not only get us into the first class lounge, but also rearranged seats so we had an entire row of 4 to ourselves, the extra seat came in very handy as Amelia was still small enough to stretch across and sleep soundly for a big chunk of the flight. A huge thank you to Mrs Field for that one!

The flight wasn’t too bad. By now I was 18 weeks pregnant and I had worried about being inactive and uncomfortable on the flight, but thankfully felt very well on landing. Having not been to America since pre 9/11 the first thing that struck me was their extremely serious security. My daughter however, thought it was all marvellous and was in complete awe of the people in uniform with automatic weapons – innocence is the real bliss. Slight hold up at security when Amelia suddenly had an altitude related mega nose bleed, which had us going through passport control covered in blood – seriously it was a blood bath!

We jumped in a taxi straight to our hotel – Radisson Fisherman’s Wharf. Driving into San Francisco and seeing my family’s excitement at the city skyline, trying to catch sight of the Golden Gate Bridge, driving along past the piers and seeing our first tram is a holiday highlight for me.

The only slight negative of our time in San Francisco was our hotel choice. Although well positioned and with some nice features, such as the breakfast buffet in reception every morning (great for a travelling with a young family) the hotel was slightly run down which I didn’t expect from a Radisson. We also had to move rooms twice due to broken A/C and then a broken window. I can’t say I recommend this hotel, but on the flip side, it was a comfortable base at a reasonable price. 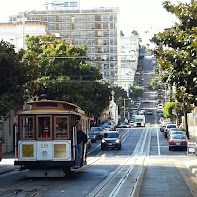 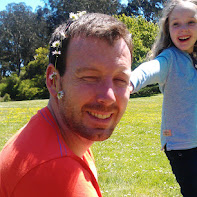 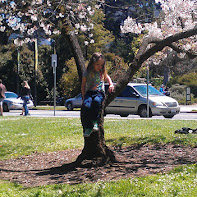 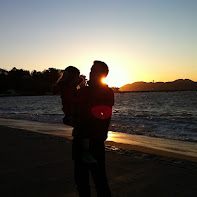 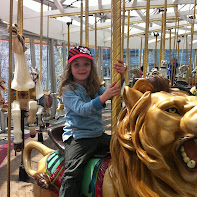 After 3 nights in San Francisco we checked out and picked up our hire car to begin our road trip adventure. My new husband did an amazing job of driving out of San Francisco and figuring out American Sat Nav, totally impressed! We were all very sad to wave goodbye to the city! 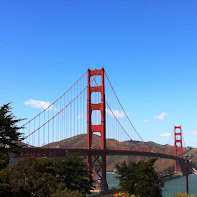 It took about 4 hours to drive to Yosemite and we were all more than ready to reach our hotel. Rather excitingly there was still some snow on the ground in May! Although Tenaya Lodge is on the outskirts of the national park you really do get a feeling of the magical scenery, the setting is beautiful. The hotel itself is really nice, built in a ‘lodge’ style it is everything you hope for, complete with wooden bears in the lobby. The staff were great and helped us organise a guided excursion in the park for the following day and both the restaurant and breakfast were delicious. The huge American buffet breakfast caused much excitement with my husband and daughter! 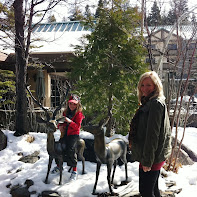 Tenaya Lodge in the snow

Words cannot do Yosemite itself justice so I will let the pictures do the talking! Just to say the moment we drove around the bend and saw this first picture I nearly burst into tears (bucket list? Check!) 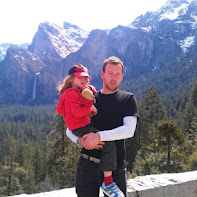 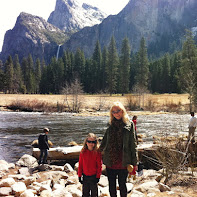 After being completely wowed at Yosemite we headed back to the coast to join the Pacific Coast Highway staying the night in Monterey. We stayed at the Marriott and although this was just supposed to be a ‘stop over’ night we really enjoyed Monterey, after a lot of driving this little town was just what we needed. There is a smaller version of San Francisco’s Fisherman’s Wharf complete with sea lions! 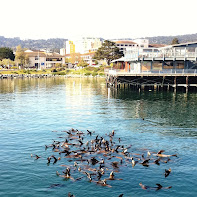 Those are Sea Lions!

After a good nights sleep we headed out for a super exciting part of our trip – the Pacific Coast Highway. The views did not disappoint, it is truly spectacular – we weren’t quite driving along in a convertible with the wind in our hair (think sensibly priced family option) but we didn’t care. 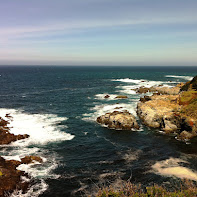 Highway highlight? Stumbling across these seals and spotting migrating whales from our amazing lunch spot. 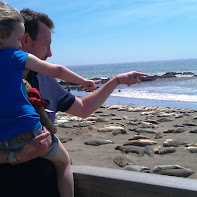 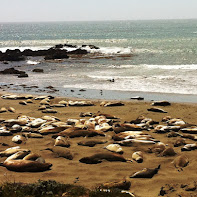 This was a very long drive but to her credit, Amelia remained interested and when she did get bored she just fell asleep, perfect!! 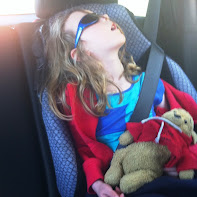 Santa Barbara was our final stop, we stayed at the Bacara Resort for 6 nights. This was, and remains, the best hotel I have ever stayed at. The room was beautiful, it had a luxurious Mediterranean feel with warm colours and tiled floors. The resort itself is palatial with golf carts to get around if required. The en-suite had shuttered doors that opened out onto the room with view over the Pacific. Our french doors led out onto a private garden. All in all this was a fantastic place to end our adventure, after driving so far and experiencing so much it was true luxury to order room service, sit in the beautiful gardens (complete with bunny rabbits!) and look at the ocean.

Santa Barbara itself is a real gem. Very laid back with a lovely feel to the place we enjoyed wandering around the unique outdoor shopping precinct, eating ice cream and generally mingling with Californian life. We travelled by electric tram from the centre down to the beach and hired bikes to explore the promenade. We were lucky to be there for Earth Day and a helpful waiter during our lunch directed us the local park where there were lots of events, stalls and demonstrations. 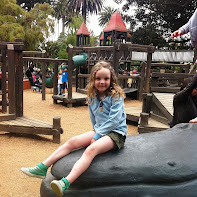 Earth Day at the park 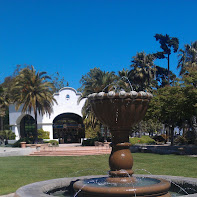 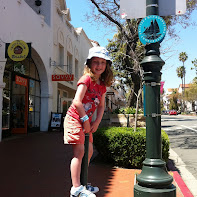 Waiting for our tram

I was nearly 20 weeks pregnant by this time and starting to feel the heat and tiredness so we spent a lot of time at the resort enjoying the lovely pool and exploring the coastline and beaches that surrounded the hotel.

We flew home after thirteen days with heavy hearts. It had been a true family adventure!

Becoming engaged, falling pregnant, getting married and having a trip of a life time made for a remarkable few months – only to be topped off by the safe arrival of our little girl Poppy just a couple of months after we got home!

I asked my family to share their California highlights: 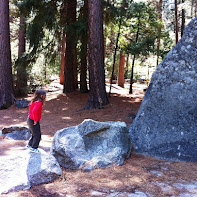 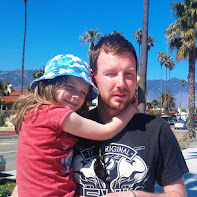 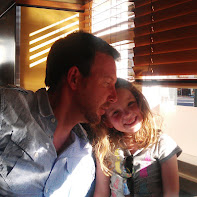 We do feel slightly guilty when we look through all our pictures and think that Poppy has missed out, being in my tummy just doesn’t count – I guess we’ll just have to go back!

Oh how amazing ! What a wonderful family trip !

Sounds a fabulous trip. You certainly crammed a lot in!