Katrina from Mum for Fun  has written this fabulous guest post for us here at Mini Travellers.  If you haven’t already discovered Katrina’s blog you should head over to have a read, or follow her updates on twitter @klchambers or Bloglovin. Katrina describes herself as Full-time worker and first-time Mum of 3 year old boy and a mummy blogger. Love reading, watching movies and days out with my family.

It’s pretty shocking that I’ve lived in Milton Keynes since I was 11 years old and I have never been to Gulliver’s Land (I know – shock/horror!). Nate was taken by his grandparents at about 18 months, but he didn’t want to go on any rides (just the play areas) at that point. This visit, I took Nate aged 3 years 2 months along with my best friend, her husband and two kids aged 4 years and 6 years. We had managed to get a great deal from Groupon, the tickets were just £8 so it was the perfect opportunity to try it. (Gate price is currently £17 each for adults and children over 90cm).

I was surprised because it was much bigger than I thought it would be, and because it was geared to a very specific (younger) age group. It appeared to be aimed at 2-10 year olds. I didn’t see any rides suitable for teenagers, which is good, because I think teens are not always considerate of young children. It was a little dated (not that the children will notice that), so not quite as colourful and pretty as Peppa Pig World, but unlike Peppa Pig world there was a huge variety of rides and play areas to suit even the youngest toddlers.

The minimum height for most rides was 90cm and the maximum height for some rides was 150cm (that is the height of the average 12 year old). However those under 90cm can often ride with adults and therefore have access to 16 rides, and more importantly children under 90cm gain free entry to the park. They do a really great job of introducing young children to tame versions of larger rides. However, they do have some more adrenalin-fuelled rides, such as mini-rollercoasters for more adventurous children.

Be aware that opening hours start at 10:30am at any time of the year, even in the summer. Closing times are 4pm-5:30pm depending on day or month, car parking is free.

I was delighted that Nate went on quite a few rides, more than I expected including: 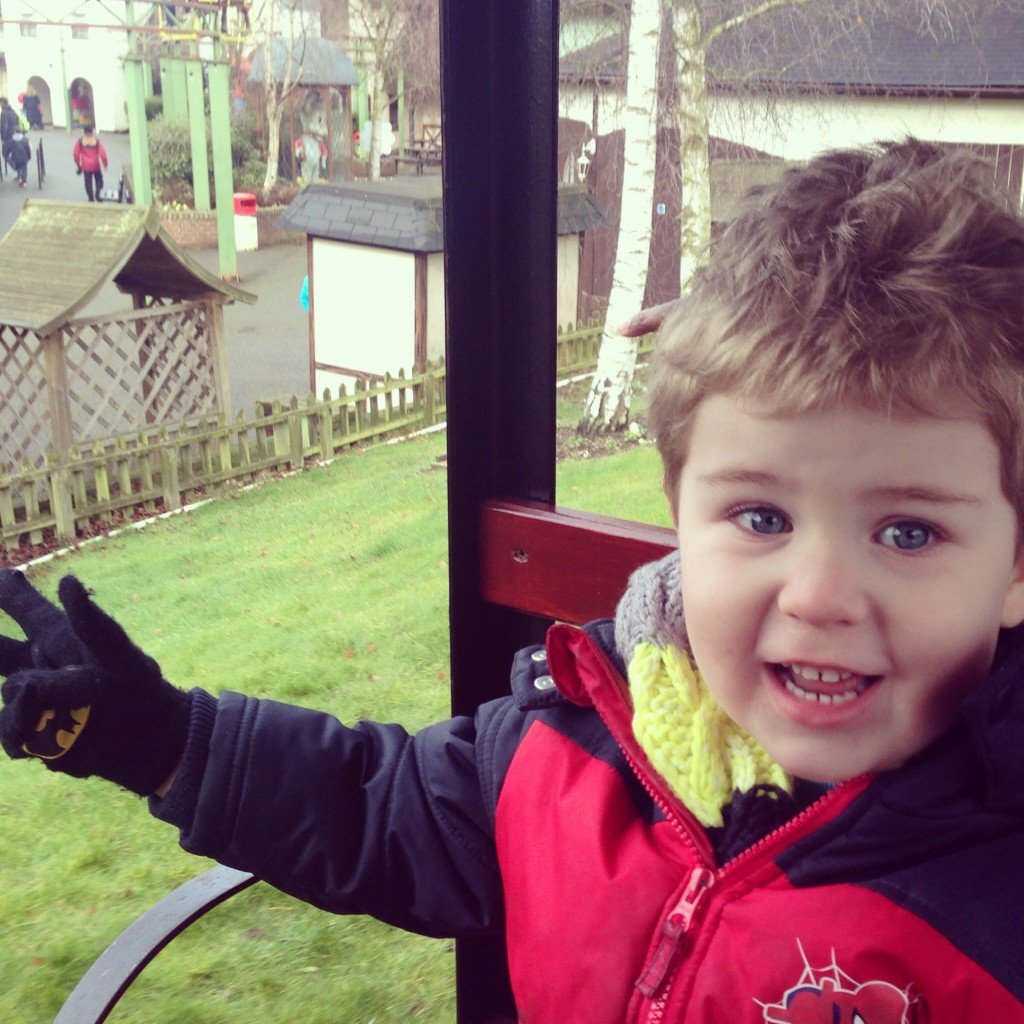 Children over 90cm can ride alone 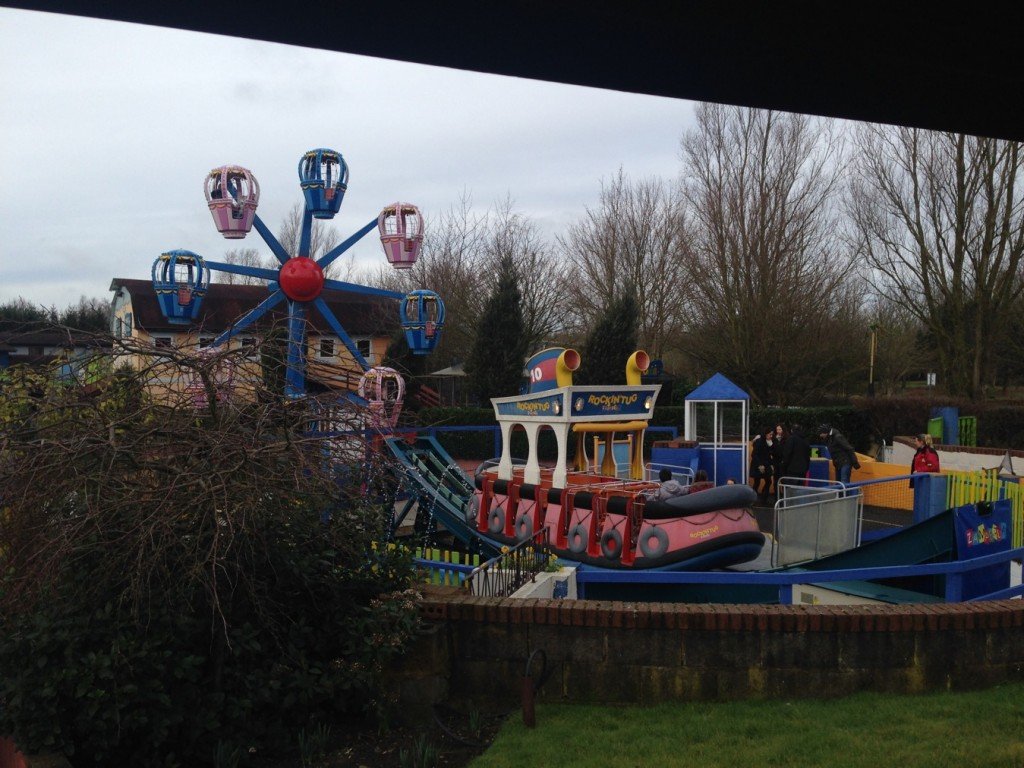 Giant Tea cups (Children under 120cm to ride with an adult)

Pony express (by himself)

Children up to 150cm can ride alone or with adults.

Jungle River Ride (Children over 120cm can ride alone, or below with adults) 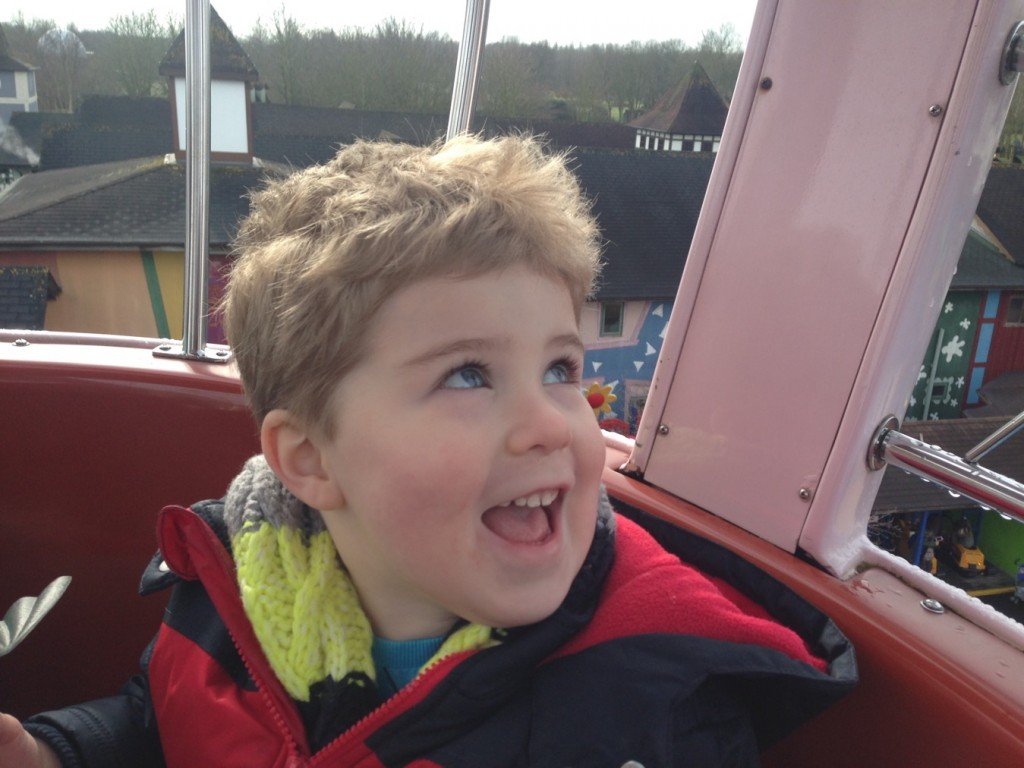 We also went into two of the soft play zones which the kids enjoyed and the Wild West/Junior Cowboy Town where the children could wander in and out of taverns and wild west themed houses. See an interactive map of Gulliver Land for a list of all rides/attractions (there are over 50).

We brought our own food and were pleased to see plenty of picnic tables scattered around, although being cold, we looked for somewhere to eat inside. We found a cafe with a soft play and was lucky enough to grab one of the 6/7 tables available. We stayed in there well over an hour and the kids played in the little soft play pretty much the whole time as the adults chatted over hot chocolate, it was nice to sit down for a bit.

There were toilets as well as baby change facilities in each zone, a couple of restaurants (although only one big restaurant was open, and you are not allowed to eat your own food in there), a cafe, various seating inside and out, a Mothers feeding room in Lilliput Land and bottle and baby food warming in each restaurant.

One little bonus that I liked is that they had mini rides dotted about, you know those rides they have outside of supermarkets/in shopping centres that cost £1 a go? Well they had those, some were next to rides that had long queues, and they were free, they also had play equipment such as slides and swings at various points around the park. 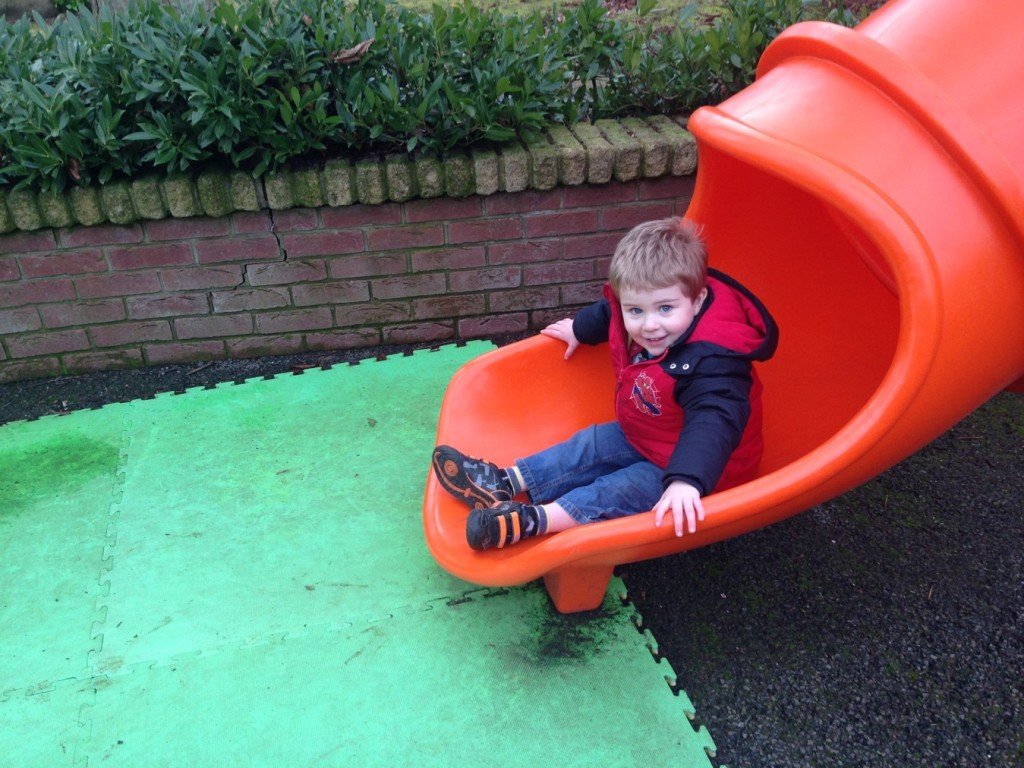 This slide was right outside of the tea-cups ride.

We only had to queue for the Pony Express (only 3 children can ride at a time), otherwise it was pretty quiet for half-term, possible because it was outside and cold, I’m sure it would be much busier in warmer weather.

I would very much recommend Gulliver’s Land, particularly for children between 3-10 years old and look forward to going back in warmer weather. I am also eager to try the Dinosaur and Farm Park, and the NERF zone. We have tried the Splash Zone and even attended a splash zone party which was brilliant, those reviews will be separate.

Which theme park would you recommend for toddlers and pre-schoolers?

Wow, looks fab :) Mine love funfairs and theme parks now so will have to give this a visit soon x