This summer holidays (25th July to 2 August) Tarvin Sands Reindeer Centre, has put on a Fairytale in the Woods Experience.  This event is similar to the Frozen Experience that we went to at Christmas!  We arrived not long before it started, after arriving a little too early for the Christmas one and standing in a line for a little too long with excited 4 year olds, so the girls were excited to be able to head pretty much straight in.  The girls obviously wanted to wear their fancy dress outfits to go to see the show, but with our English weather being as it is for July, they had to wear their big coats on top too! 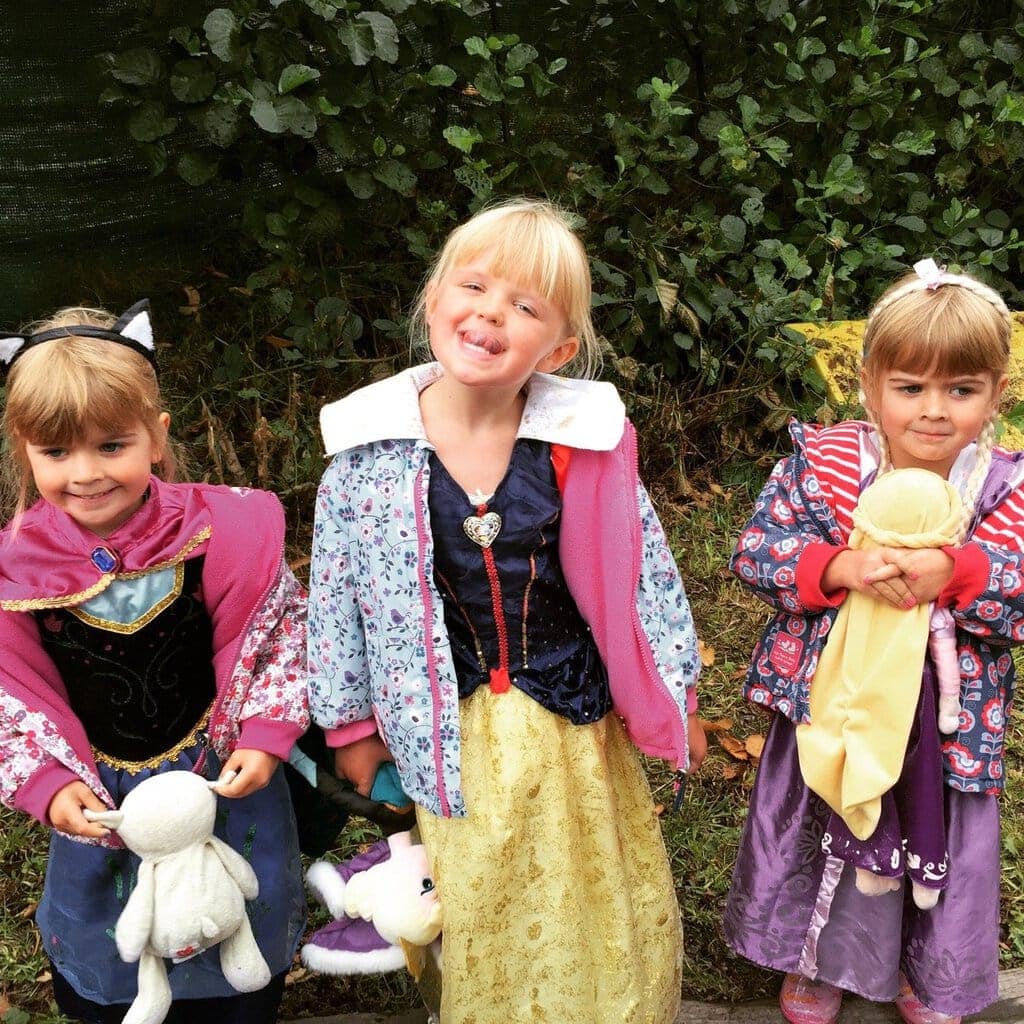 At our allotted time of 11am the music started up, a flurry of excitement started in the queue and the gates opened.  The girls then followed the path round the lake, to a small outside ‘theatre’ for a short 25 minute show. All around the lake was little flowers and frogs with butterfly wings.  At the end and just before the show there was lovely bubbles blowing in the wind. 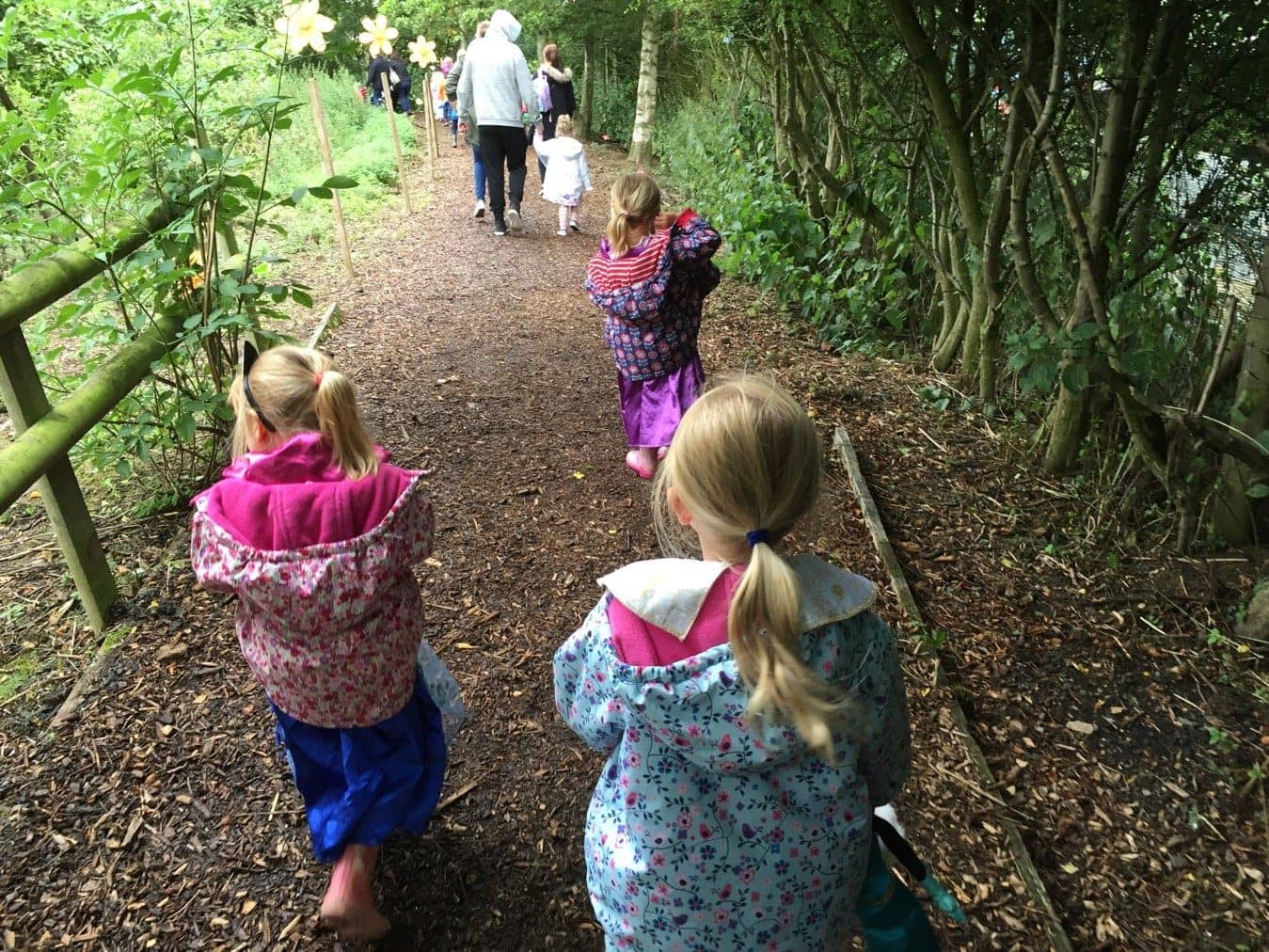 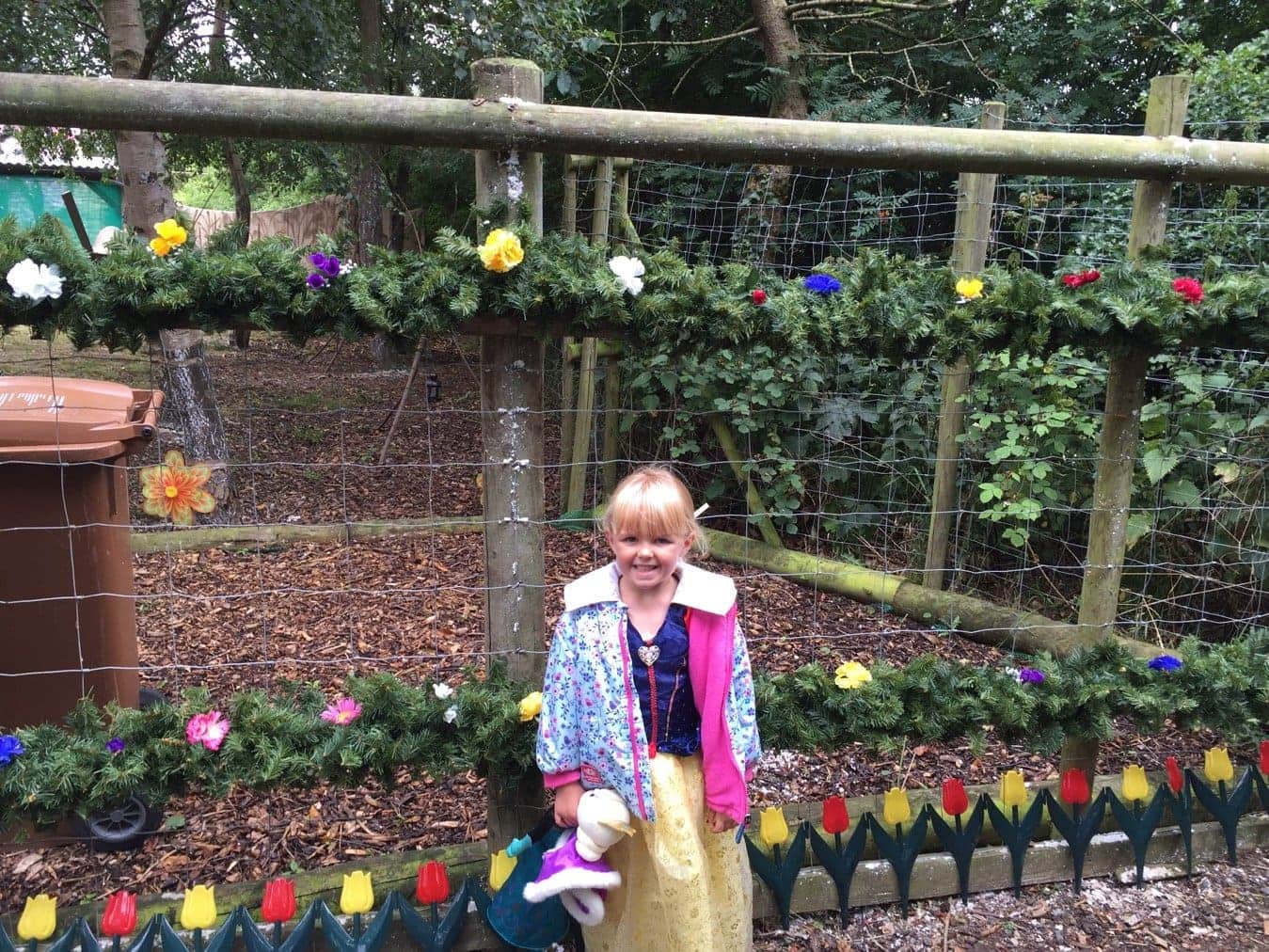 On arrival at the theatre the staff tried to sit all the children on the first two rows of the theatre. I understood why they did this, so that all the little ones could see, but I think this worked with varying success. Some little ones didn’t want to sit on their own and others were a little scared of the show when it started.  My three were happy to sit on their own but I liked this less than at Christmas as I couldn’t see their faces. From two rows back I could hear their excited voices when the characters came on, but I actually would have liked to see their faces too. 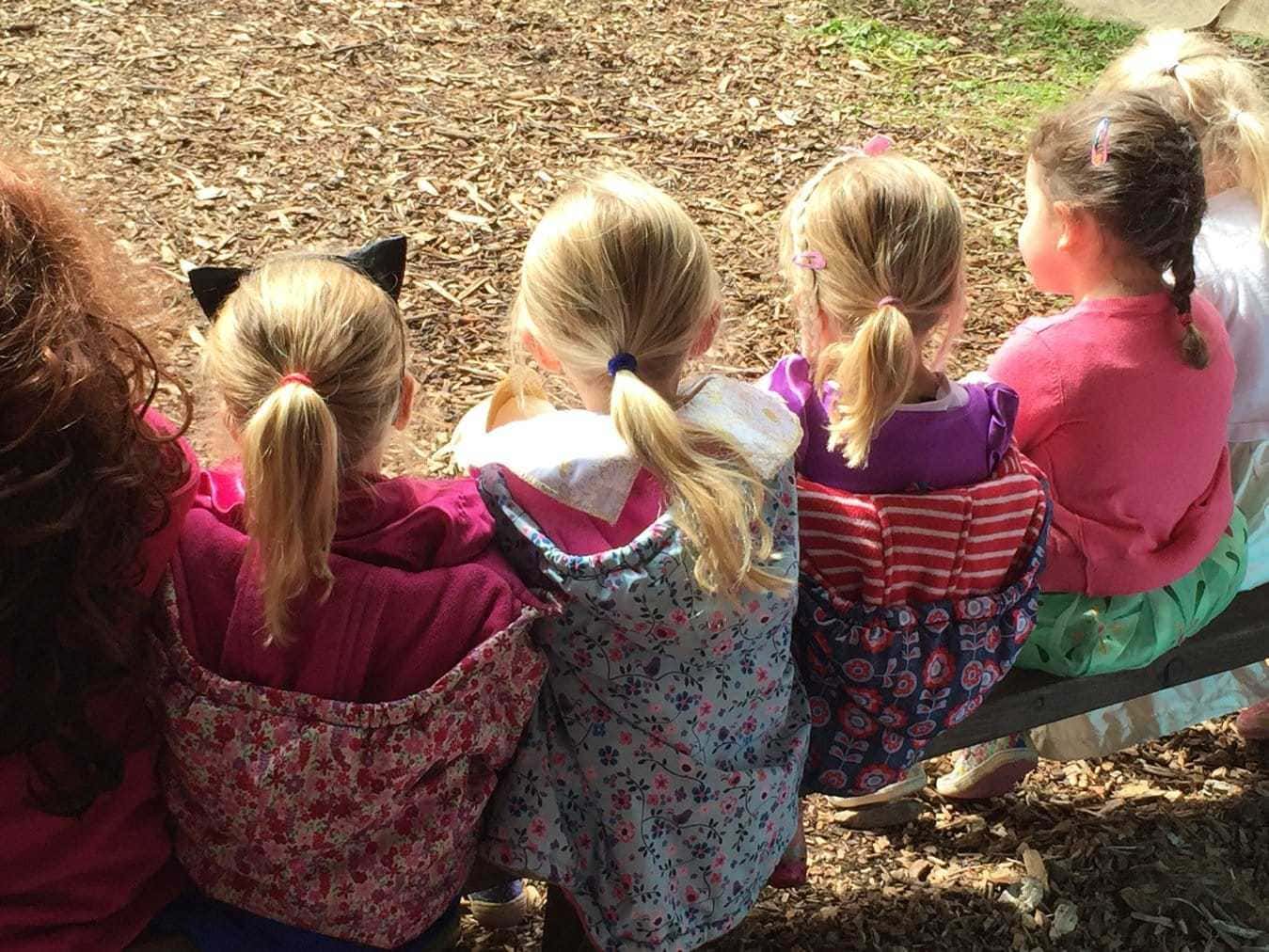 The show itself was great and included Aerial, Peter Pan, Merida, The Fairy Godmother and Rapunzel.  The actors really engaged well with the children and sang their parts with lots of enthusiasm.  As the heavens opened we were all thankfully sat under cover, however the poor cast had to continue in the great outdoors with barely any cover at all.  If you hadn’t been able to see it teaming with rain, you wouldn’t have believed it, as the cast carried on regardless.

After the show finishes the cast are available for photographs. You take your own camera (so no overpriced photo opportunities to put you off).  All the characters were fantastic with the children and really took the time to talk to all the children, making them feel special.  The fact that the number of people who are let into the shows at each time are small, means that whilst slightly chaotic at the character meet and greets, there is no concern that you won’t get to see your favourite character. 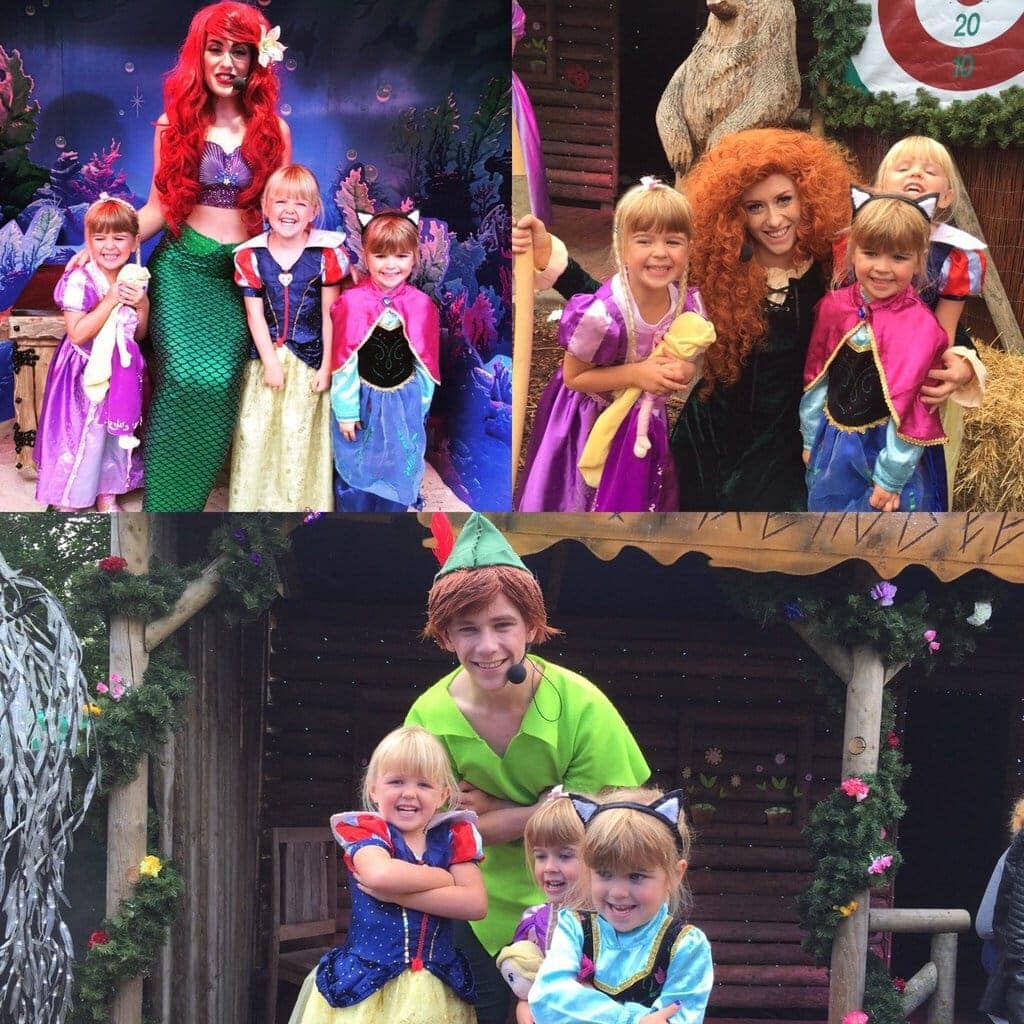 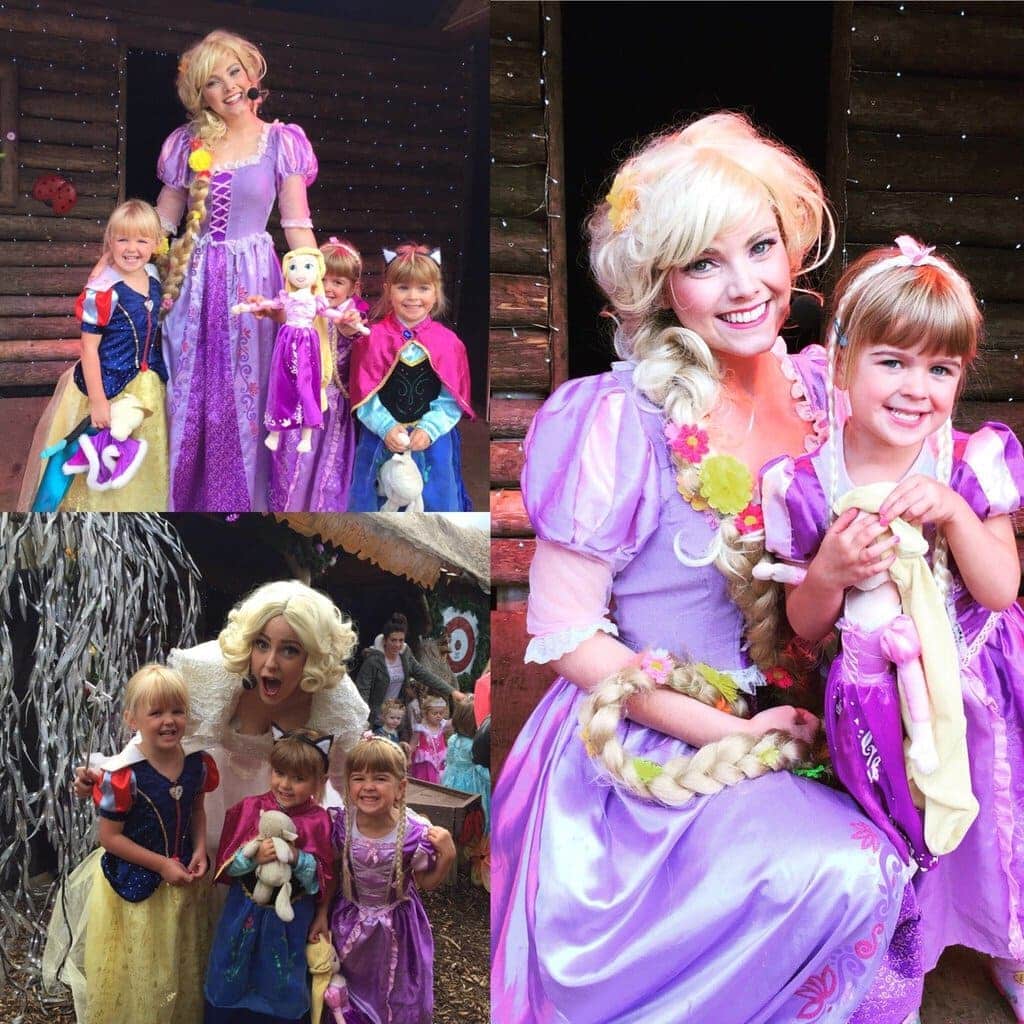 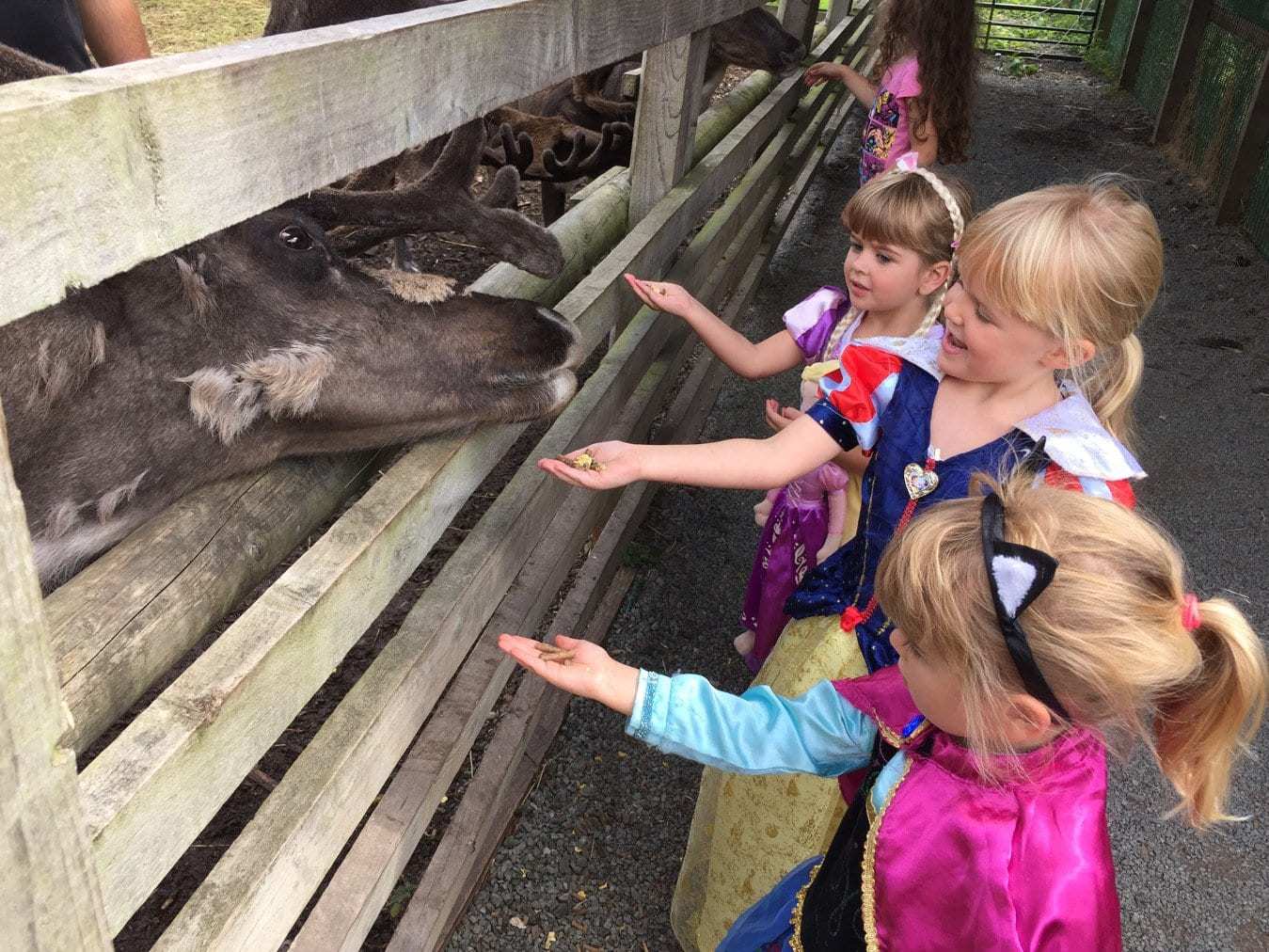 There was unfortunately the obligatory balloon sale at the end which I thought was a little pricey at £4 each.  I do try to avoid buying balloons particularly as I have three children, and they usually sadly last less than hour due to deflating and floating off to find new children! I did concede today as they had had such good fun, but as usual an hour later we had no balloons!  A fantastic day and highly recommended. 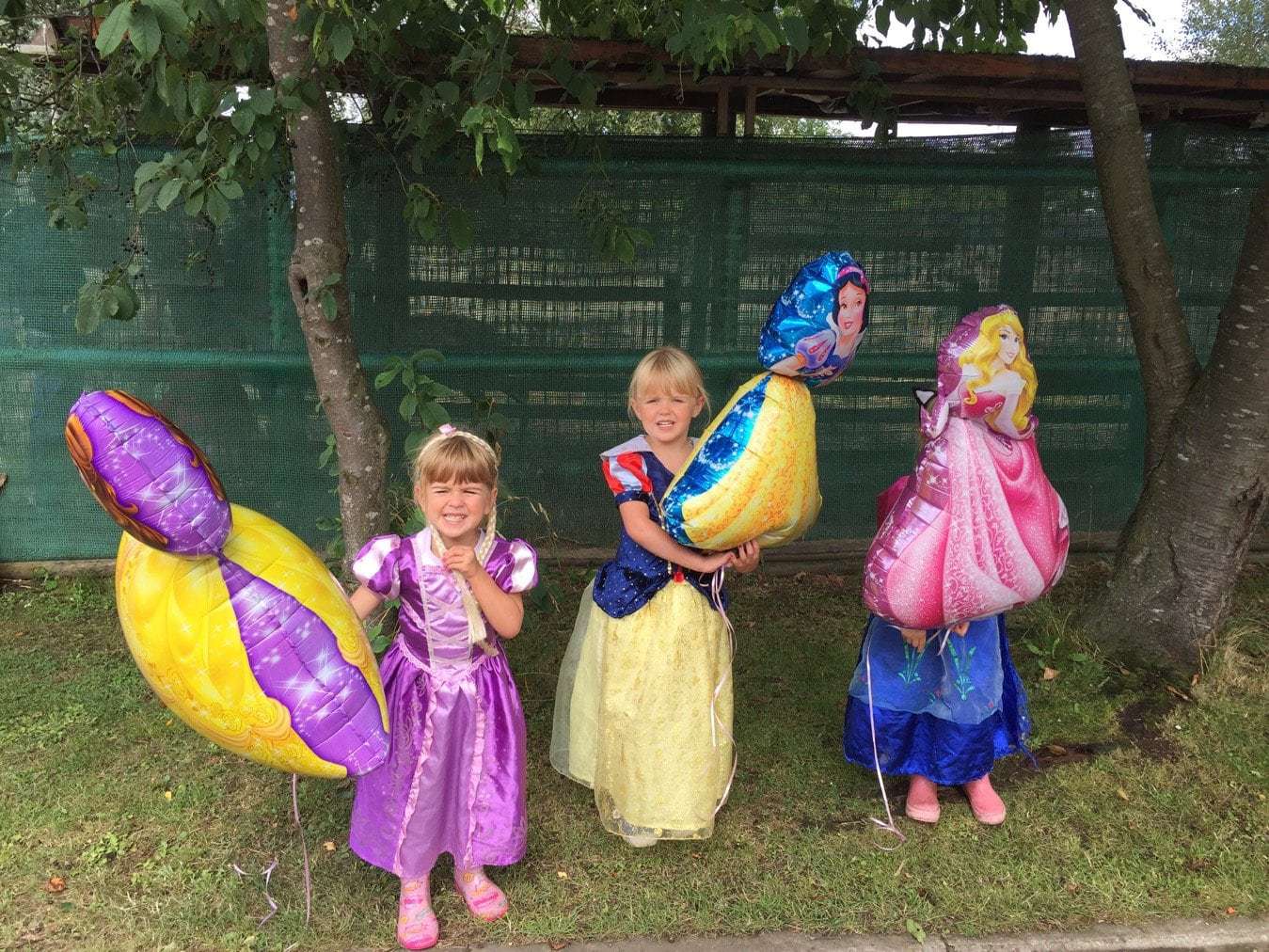 NB: We were provided with the tickets in exchange for this review, but all thoughts and opinions are our own.

Why didn't we have this when I was a kid??? It must've been a dream come true for your girls! I would've freaked out myself if I was them. :)

Awnn that is soooo much fun for the kids! :D So many cool videos!!

Thank you so much for joining #MondayEscapes

Aw how lovely is this. The characters all look fantastic as do your girls. The setting looks really magical and I remember when they did the Frozen show at Christmas. Katie would have loved this a year ago but she is slowly getting away from Disney Princess (sob) x

Oh my goodness how cute do they all look dressed up!!! My girls would absolutely love this, great review Thanks for linking up to #sundaystars xx

This looks so good!! As soon as I started to read about the music and the bubbles I thought 'maybe I could do this myself' but def not the amazing show! Ha ha! Would love to take my little girl to something like this but totally agree I would def want to see her little face light up. #sundaystars