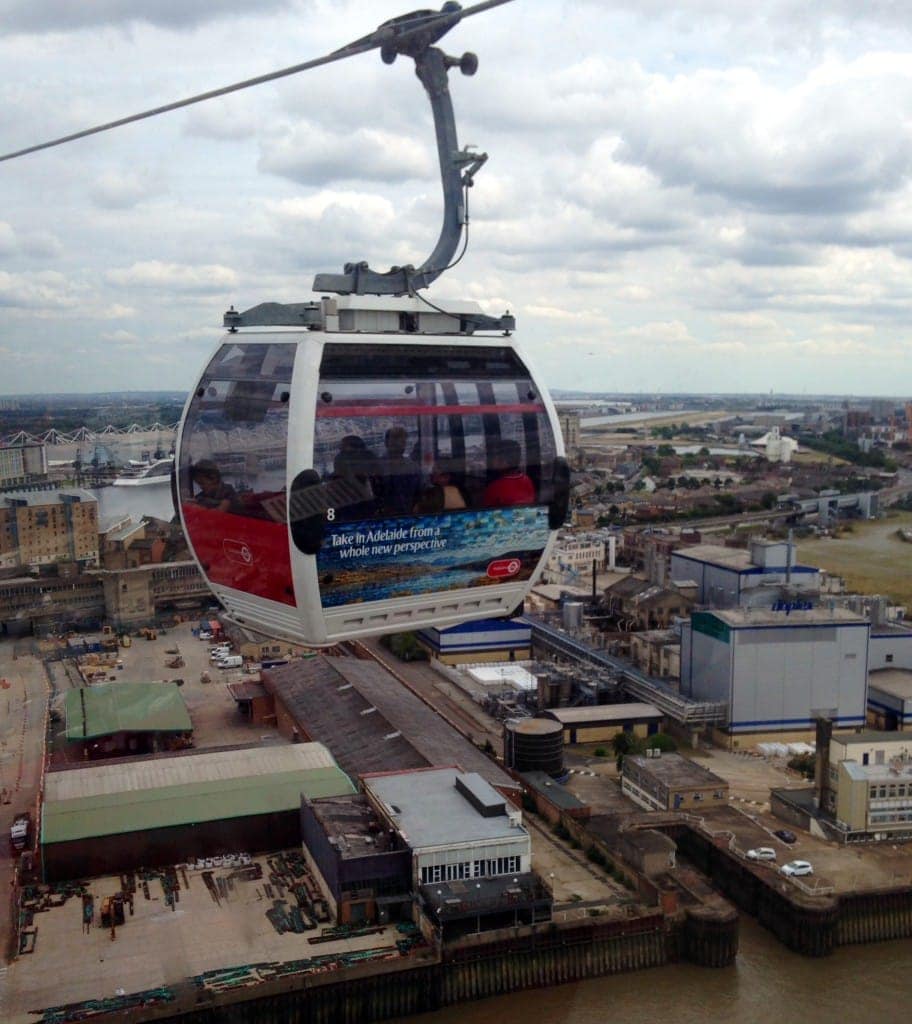 There are many different ways to admire London’s skyline including the Eye and the recently opened Shard but one that has courted a lot of political controversy and has been cited as a ‘white elephant’ is in the Emirates Airline, a cable car crossing the Thames between the Greenwich Peninsula and the Royal Docks, or for those who are pedantic about these things if the tube map is to be believed the Emirates Greenwich Peninsula and the Emirates Royal Docks.

It’s the funding of the cable car that has caused much of the controversy and it is the most expensive cable car ever built.  Initially Transport for London said it would all be funded privately at around £25 million but the finished attraction has cost £60 million and has won and lost sponsors along the way with Emirates now putting their name to it.

Politics and funding aside though, is it something worth doing on a day out in London?  And my answer would be yes, if you are in the area.  The Greenwich Peninsula stop is about five minutes walk away from the O2 which has also been working hard to prove it isn’t a white elephant and now aside from the many shows you can see there in the evenings there are other attractions to generate a daytime crowd including a cinema, bowling alley and Up at the O2, the chance to climb over the Dome’s roof.  Not quite Sydney Harbour Bridge but a nice idea.

We headed to Greenwich for a day out and decided to try the cable car on the way.  Master ATWWAH and his cousin Master W were suitably excited as they had seen pictures of it the night before.  And, I must admit as an adult it was pretty impressive to see, as it is a lot higher than you think it is going to be.  If you have an Oyster pay as you go card you can also use that and avoid the queues at the ticket office.  The pricing is pretty tricky and confusing though.  You get a discounted rate on your Oyster card if you travel a few times on the cable car in the week, obviously a perk for those who use it to commute.

We were a bit naïve and just tapped in at the entrance and did a round trip, not bothering to get off at the Royal Docks side as we were pressed for time if we wanted to get to Greenwich with time to do anything.  This did however mean we didn’t pay for the kids as they don’t have Oyster cards and I’m not sure that is what they intend you to do.  The link to the pricing is here as frankly it’s too confusing to try to explain in other words and you can see what you get for your money if you combine it with a river cruise and so on.

If you have already done the Eye then this is a different way to see the city.  The experience lasts around 10-15 minutes and like any cable car ride there feels like an element of risk as you go over the Thames.  You also get great views of planes taking off and landing from London City airport and may get lucky, like us, and have one fly right over you.  Young kids will definitely enjoy it as it’s different and it’s a good thing to combine with a trip to the O2, maybe if you’re going to a kids matinee show.

It’s actually a bit of a trek from Greenwich proper and we decided to get a bus to the centre of Greenwich from the big terminal at the O2.  It took about 20 minutes and takes you through some not great areas in London with not much to watch from the bus window.  But, you can’t beat Greenwich as a place to go and spend some time when you’re in London with paid for attractions including the Cutty Sark and free places to visit such as the National Maritime Museum as well as loads of green spaces, markets and shops.

Master ATWWAH, his dad, uncle and nephew all went for an explore around the Cutty Sark whilst Mini ATWWAH and I had a wander around the Greenwich Visitor Centre.  I have it on good authority that the Cutty Sark is well worth a visit although Mr ATWWAH did say it was probably  more interesting for adults than the five and three year old he was with.

This day trip review has been written by Mrs ATWAH who writes a very good blog called Around the World with a Highchair which you can link to be clicking here. Mrs ATWAH can also be found tweeting here as @atwwah. 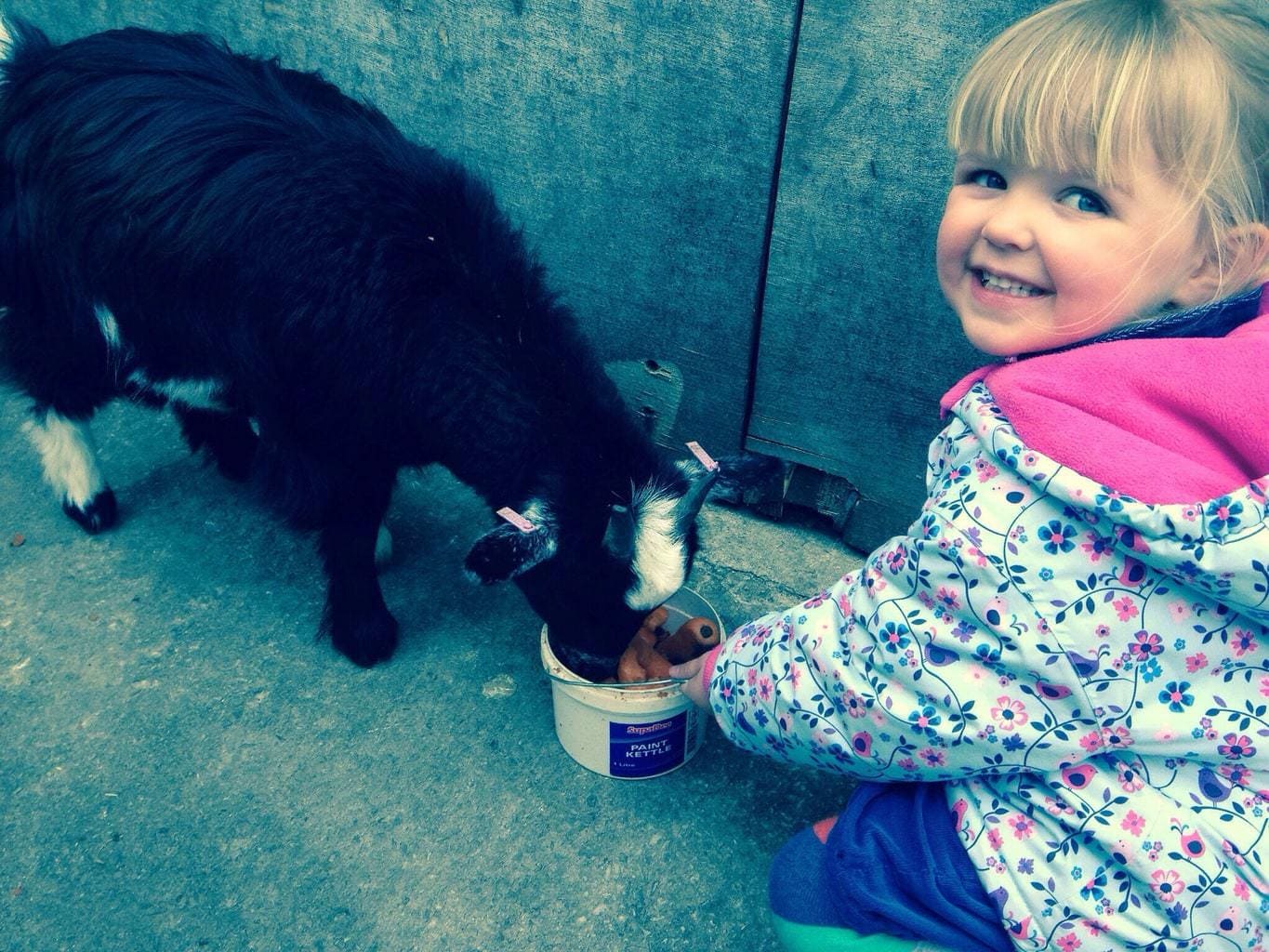 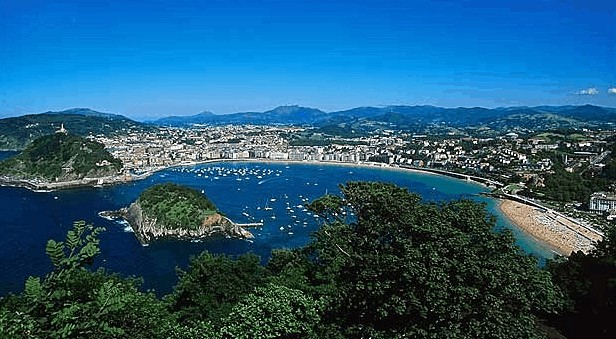 Next →
Road Trip through Spain & France to Italy!
Click here to cancel reply.