Brick Live is ‘built by Lego fans, for Lego fans!’. Now in its third year, the annual show at the NEC in Birmingham offers Lego fans (of all ages!) the opportunity to immerse themselves in all things Lego for the day.

The show runs for 4 days over October Half Term, offering an ideal chance to visit as a family. The tickets are a little on the pricey side at £20 per person (under 3’s get in for free), and there is also a chance to purchase a Premium ticket at £35 each which gives access to the show an hour before the general ticket holders and access to a ‘goodie bag’ among other benefits… there were a surprising number of families who had gone for this option! With parking at £12 per car, this isn’t a cheap day out for a family of four, even before food and buying any actual Lego! 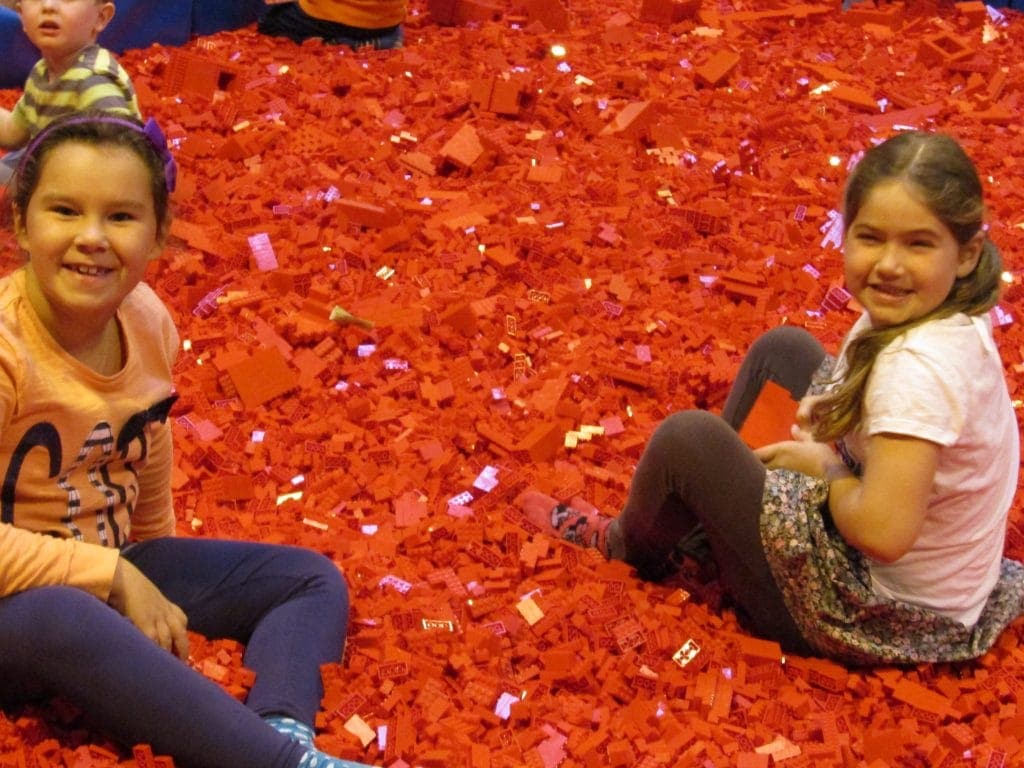 On arrival, our first impression was that the venue was disappointingly small and we wondered how we were going to fill our day… however, we managed to fill our time quite nicely!

The children were first drawn to the selection of displays built and displayed by ‘Lego Fans’. These exhibits are like a mini version of Legoland and are unique and unusual creations you won’t see anywhere else! The girls were invited to have a go at ‘driving’ the trains and we were hard pushed to persuade them that we needed to move on and see more! 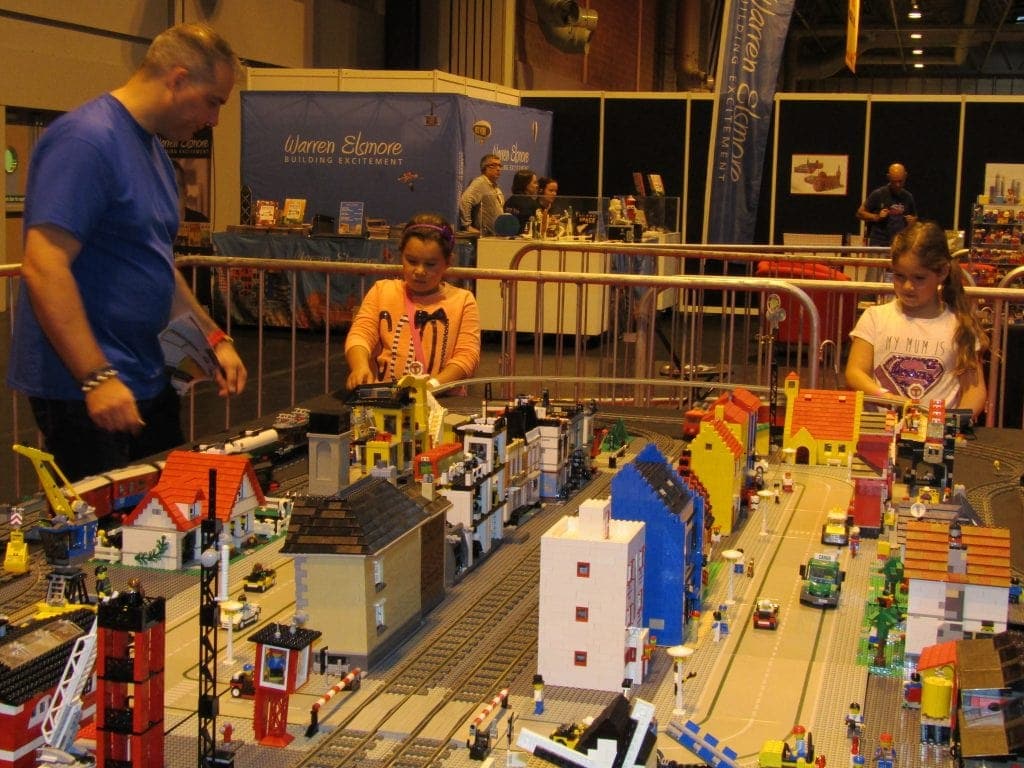 The next stop was the ‘Fairy Bricks’ stand who had aptly changed their names to ‘Scary Bricks’ for the Halloween weekend! The children were invited to complete their own mosaic panel to contribute to a huge Halloween themed mosaic. This took the girls quite some time and while they were working on their masterpieces, we took it in turns to take our toddler out of the pushchair for a bit of an explore. 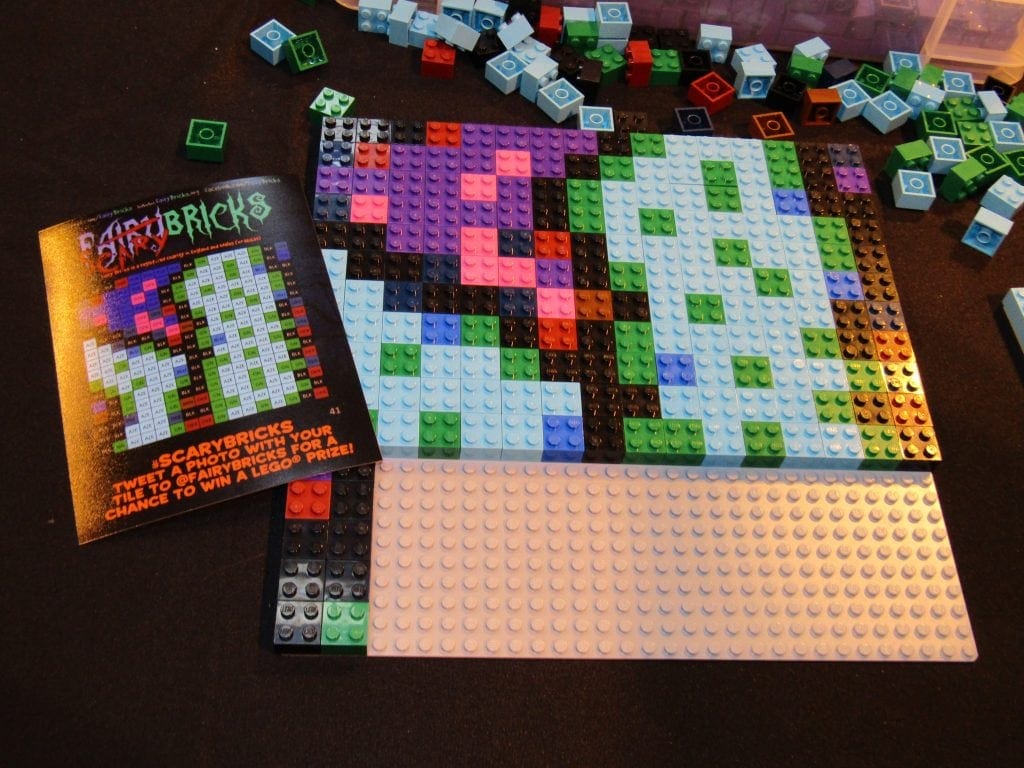 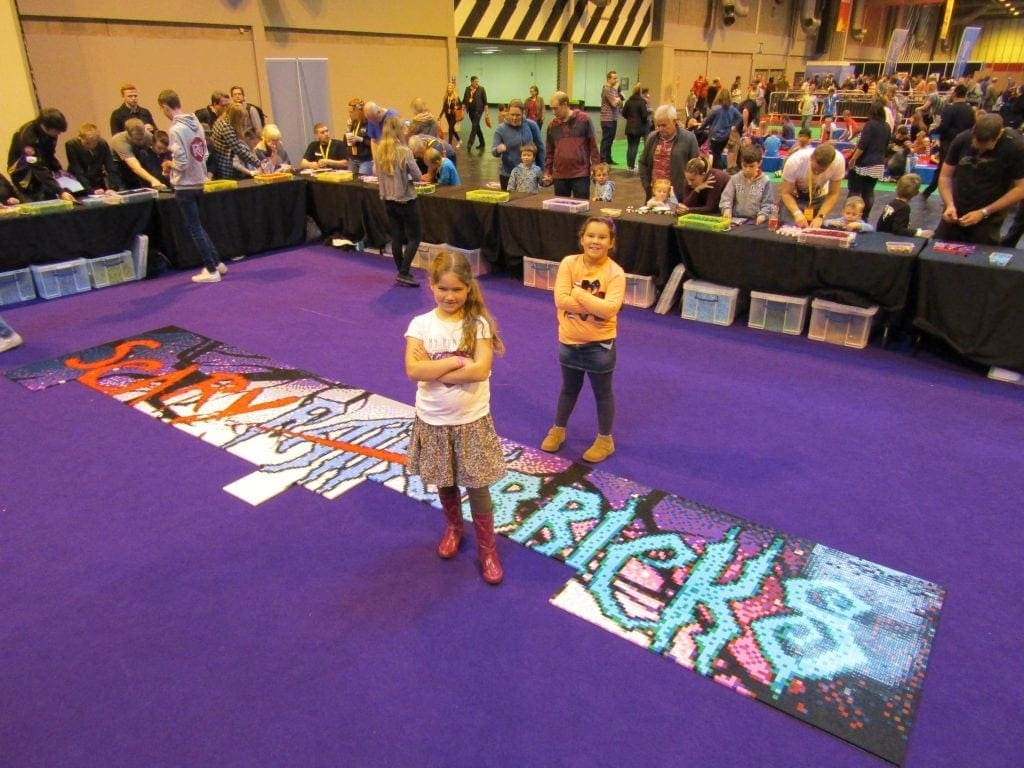 Although most certainly aimed at children of school age, our 18 month old, transport mad toddler was quite happy to amble around and look at the huge selection of vehicles that were built and on display. We also then stumbled across a Duplo Pit and this became a great place to go back to when we needed to distract our him during the rest of the day…

After completing the mosaic, it was time for lunch. There are plenty of typical NEC eateries around (chips, burgers, hog roast etc.), but we had brought along our own picnic to enable us to be more flexible. There were plenty of spaces to eat and if these are all taken, ample floor space to plonk yourselves down and have a ‘carpet picnic’. We sat in between the Duplo Pit and the Lego Stage (where interviews with ‘Master Builders’ and Lego products were showcased) and this was ideal to entertain both the toddler and the 6 year olds…the girls watched attentively as the builder of the ‘World’s Largest Lego Ship’ (on show here) was interviewed as time-lapse film was shown of the boat being built.

We really struggled to move the girls on at this point as they were quite happily building with the vast pit of red Duplo bricks, however we managed to persuade them to move on to a green Lego brick pit which was more centrally located so that we could take it in turns to browse the stalls while the toddler napped and the girls got creative with bricks.

There was a small but unique variety of stalls, selling current Lego items, hard to find items, spare parts and more bespoke items such as Lego jewellery, personalised Lego figures and some really unique Lego artwork. A great opportunity to pick up some individualised Christmas presents and get ahead with the Christmas shopping! I managed to sneakily get hold of some unusual Lego necklaces for my daughter’s Christmas present which were small enough to squirrel away unnoticed!

During this time, the girls were STILL happily building and by now, Daddy had also joined in! I can honestly say that I think all three would have remained there for the rest of the day. There was something quite addictive about access to an endless pit of bricks and the creations that were built by visitors over the day were phenomenal! 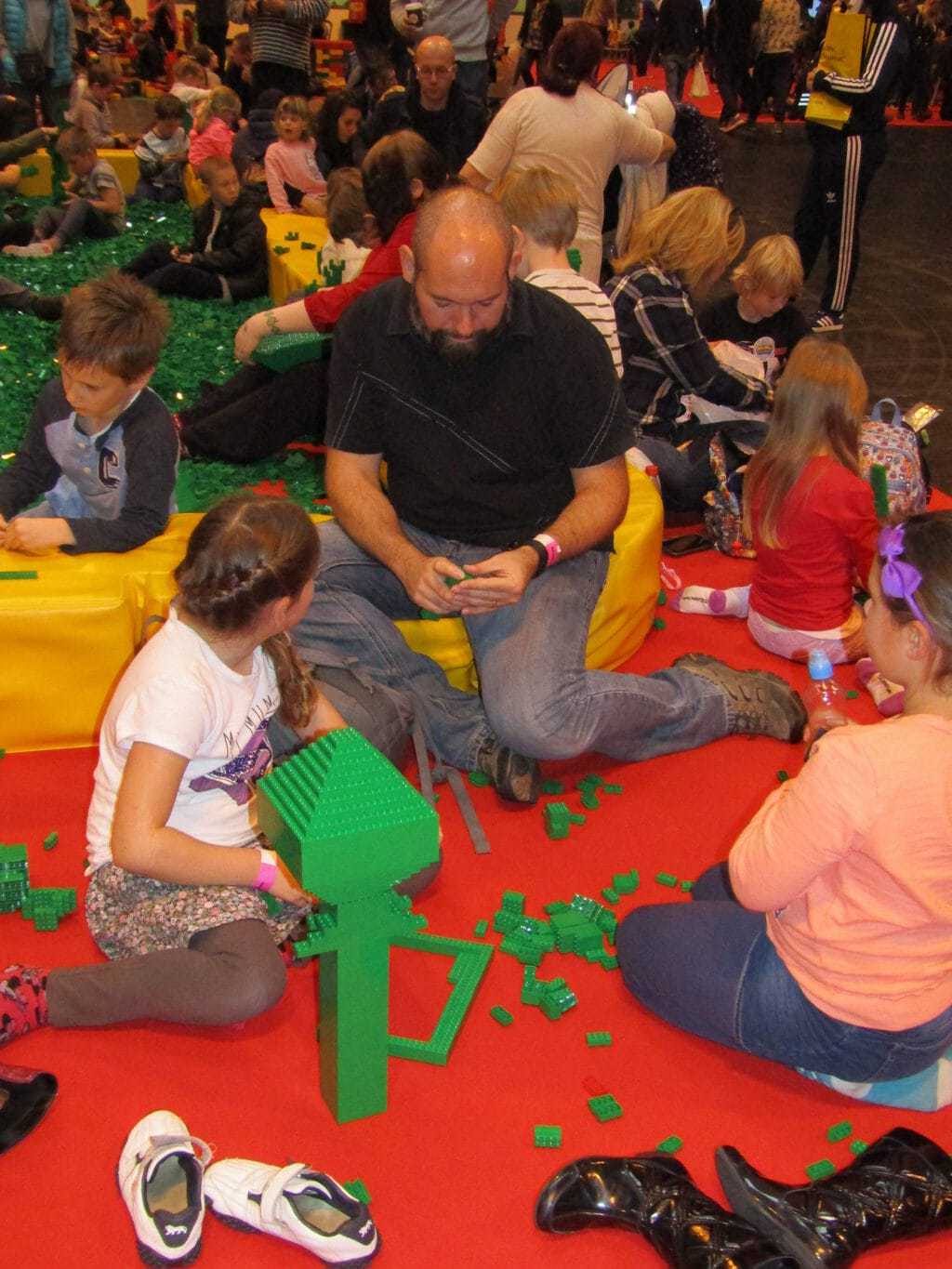 We spent our last hour exploring the rest of the show. There were more fantastic displays of creativity from Lego Fan Builders, some professionally created exhibits and a unique Lego Art Exhibition. There was also an incredibly popular Lego Dimensions stand which had quite a queue for most of the day (lucky for us our youngsters weren’t interested in this stand!). 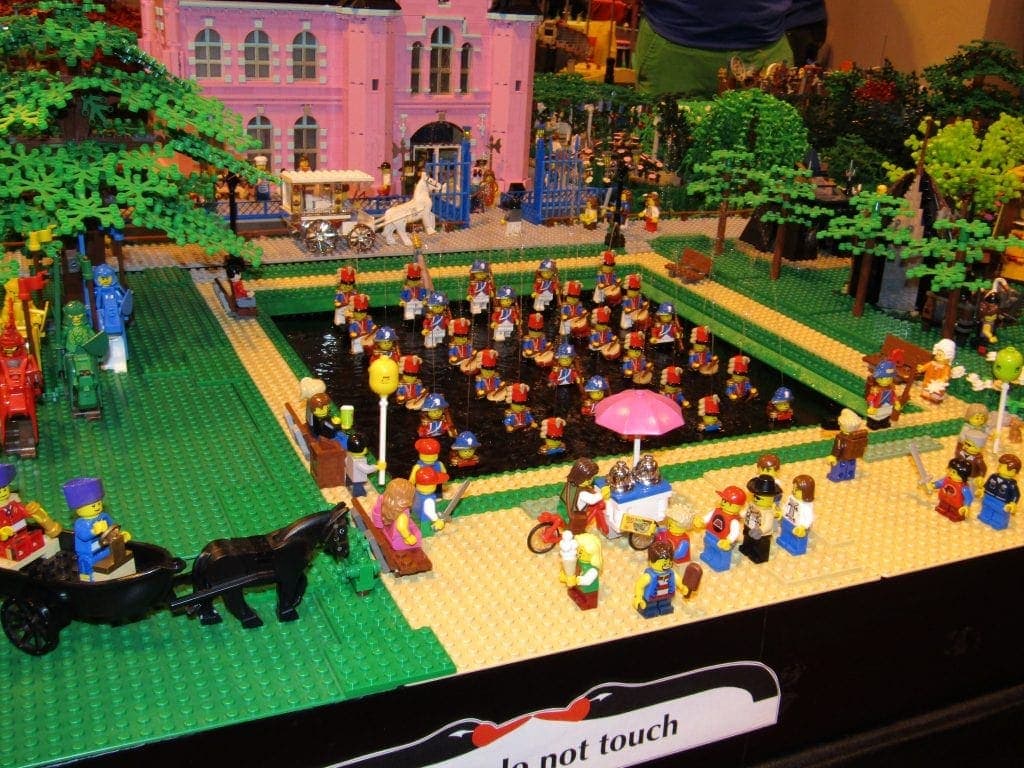 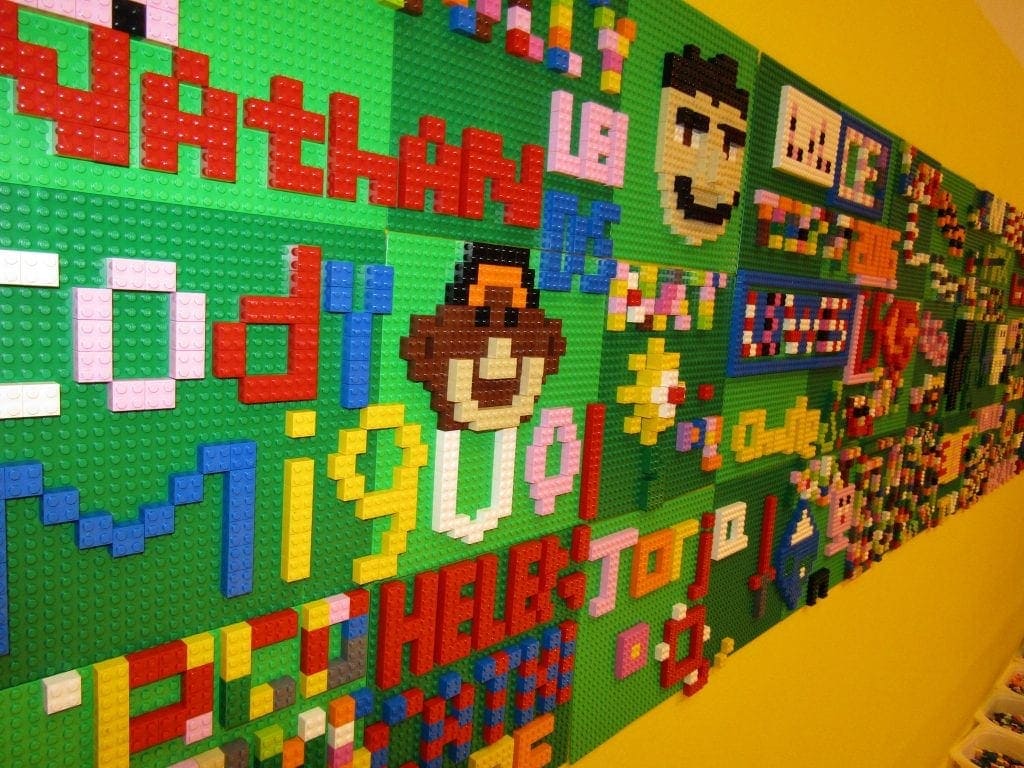 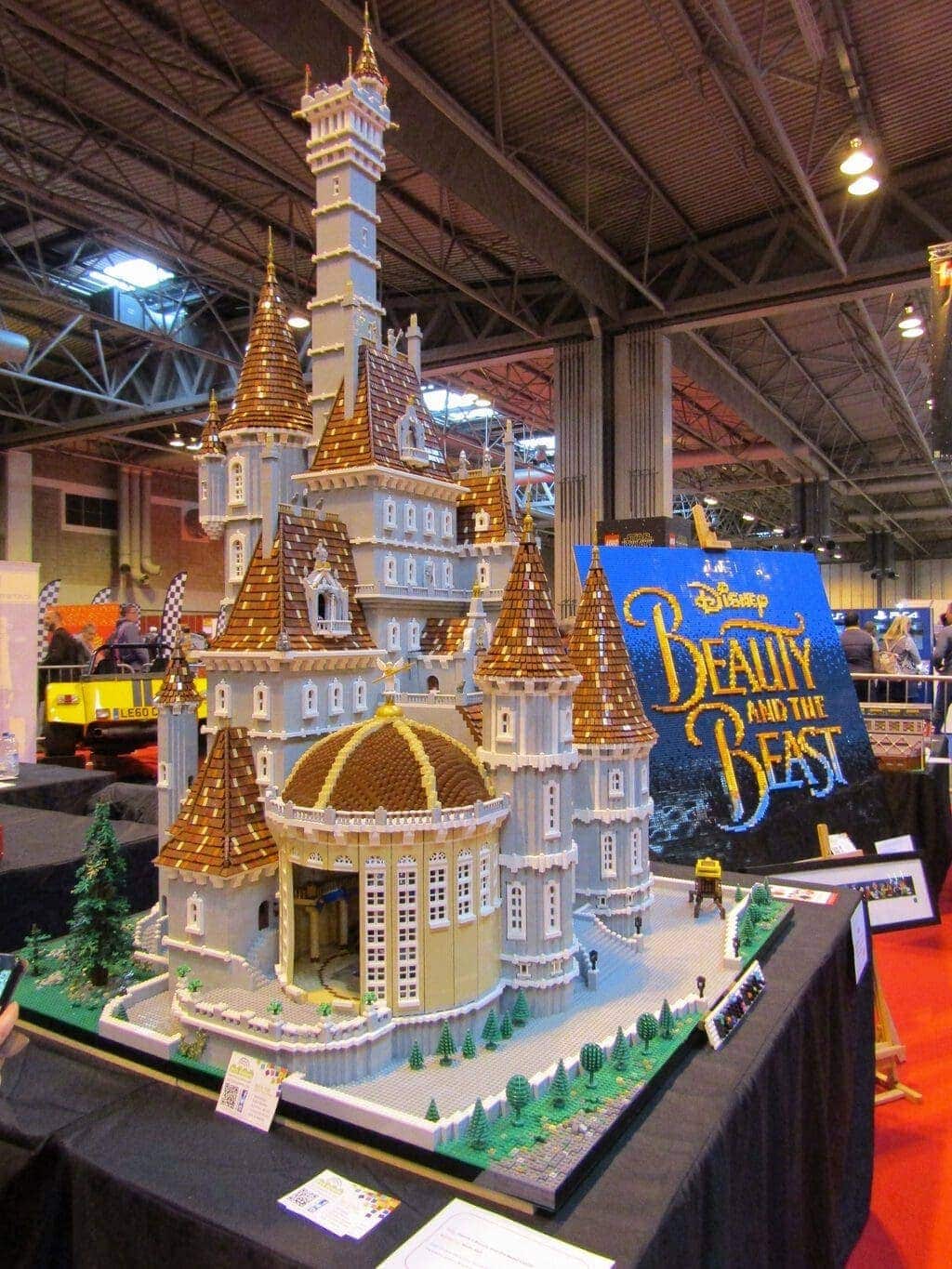 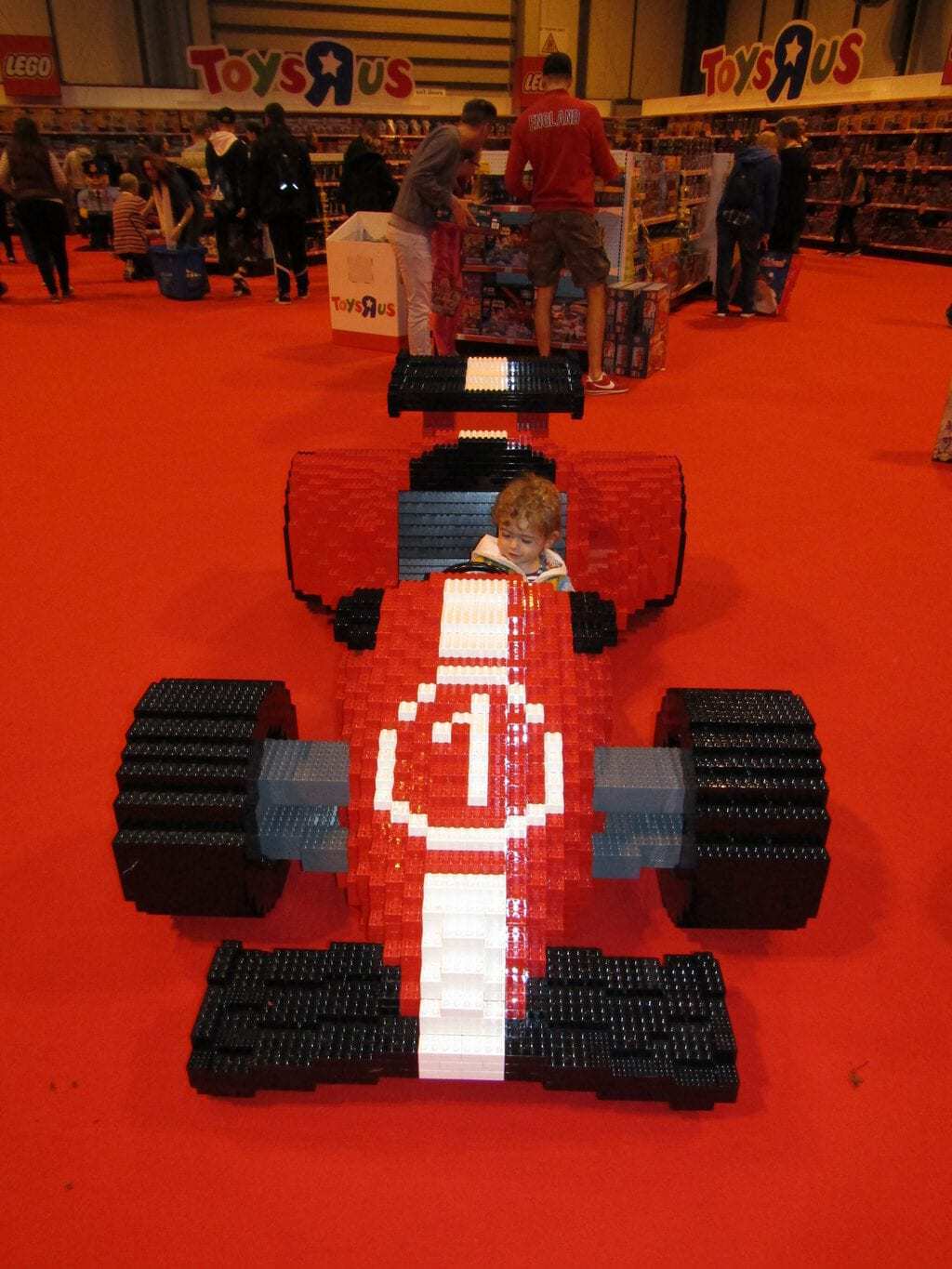 The tickets are expensive but if you have Lego fans of 5 years or above it really is a unique opportunity to immerse yourselves in a world of Lego you are unlikely to experience anywhere else. There are plenty of opportunities to purchase Lego but having checked prices online as I went around I would say that unless you are after an out of stock item or missing brick, it isn’t the place to make your general Lego purchases (although many obviously did!). You would be far better aiming for the more bespoke items and leaving with some unique Christmas presents from some of the independent retailers instead.

As this was our first visit, I would be really interested to see how Brick Live looks in 2017, whether this is an event that is increasing year on year and what other weird and wonderful creations are made over the next 12 months in preparation for the show next year.

NB: Rachel and her family received complimentary tickets to Brick Live but all views and opinions are her own.

Wow!!! What an amazing collection of Lego, not for the faint hearted! Looks great though.