Set within 100 acres of stunning East Devon countryside, Crealy Adventure Park is a popular family theme park, about 40 minutes from where we were staying. With over 60 rides including rollercoasters, water rides, and indoor soft play, we were set for a fun day out.

We visited as a family of 5 across 3 generations on a wet day in August. The first thing we noticed was that both boys were able to ride on all but one ride. This was a massive bonus for us as they are just 5 and almost 7 and previously the youngest has not been able to go on as many things which, I’m sure you can imagine or have experienced, causes some tension *ahem*. 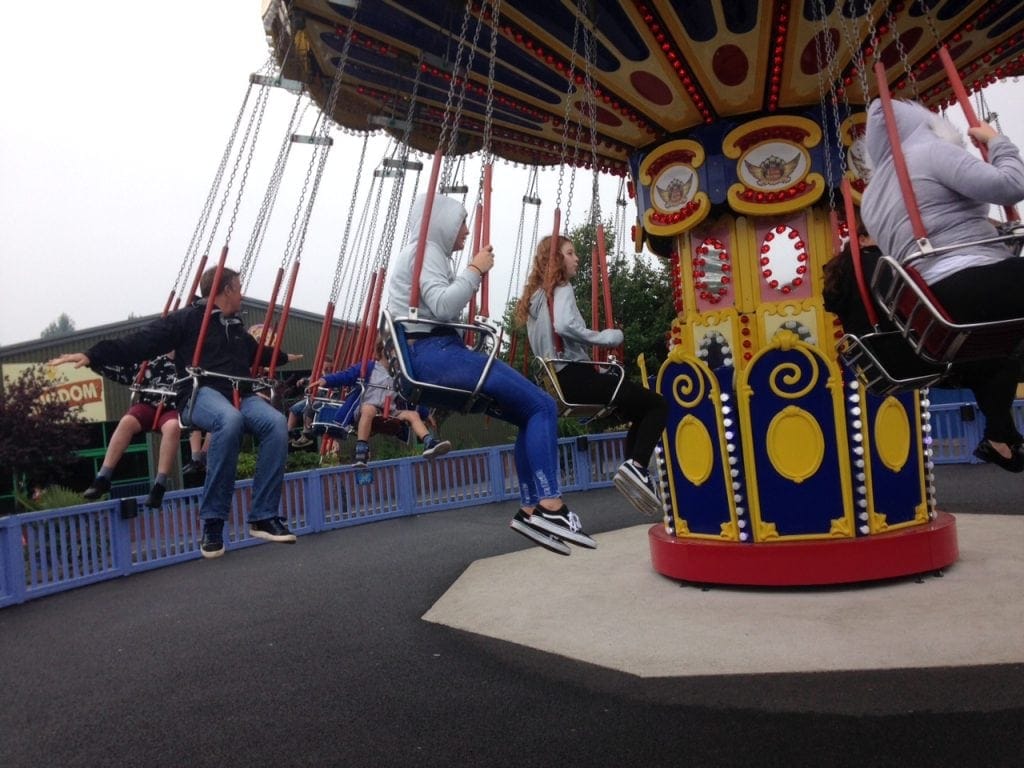 We looked at the map and decided it was easiest just to work our way round starting with one of the pirate ship rides, the Flying Dutchman. The boys loved it and although we adults felt a little queasy, admitted it was good fun! The other pirate ship ride swung round and had a great attendant who was dressed as a pirate and informed us that on his ship the children were in charge. It really got us in the mood and he set the scene for an entertaining day. 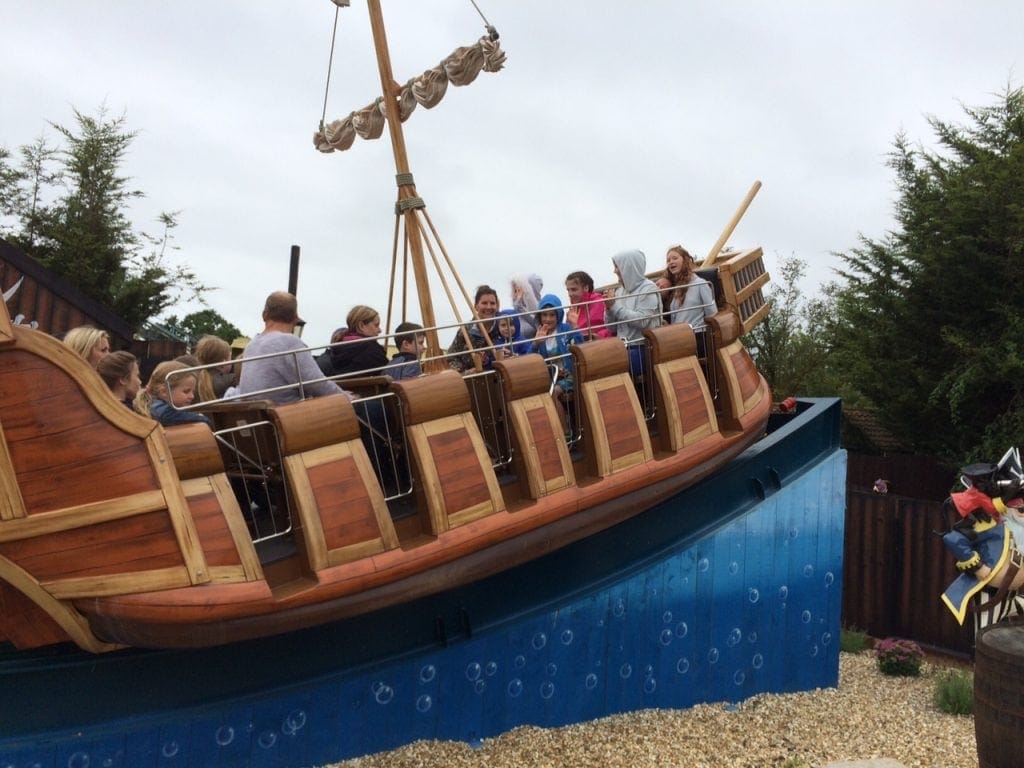 Of the bigger rides, the Maximus roller coaster was great, with two circuits. The highlight for us was the log flume, called Tidal Wave. Our boys had never been on a log flume before and were somewhat nervous, with our youngest dictating the order; putting his brother at the front for the full force of tidal wave. Two of us got soaked (that being Freddie and me!), but as it was raining on and off all day we didn’t mind. However we chose not to do the other water ride, Vortex, as we’d been told you almost sit in the water and really do get wet. Had it been a warmer day it would have been a different story. 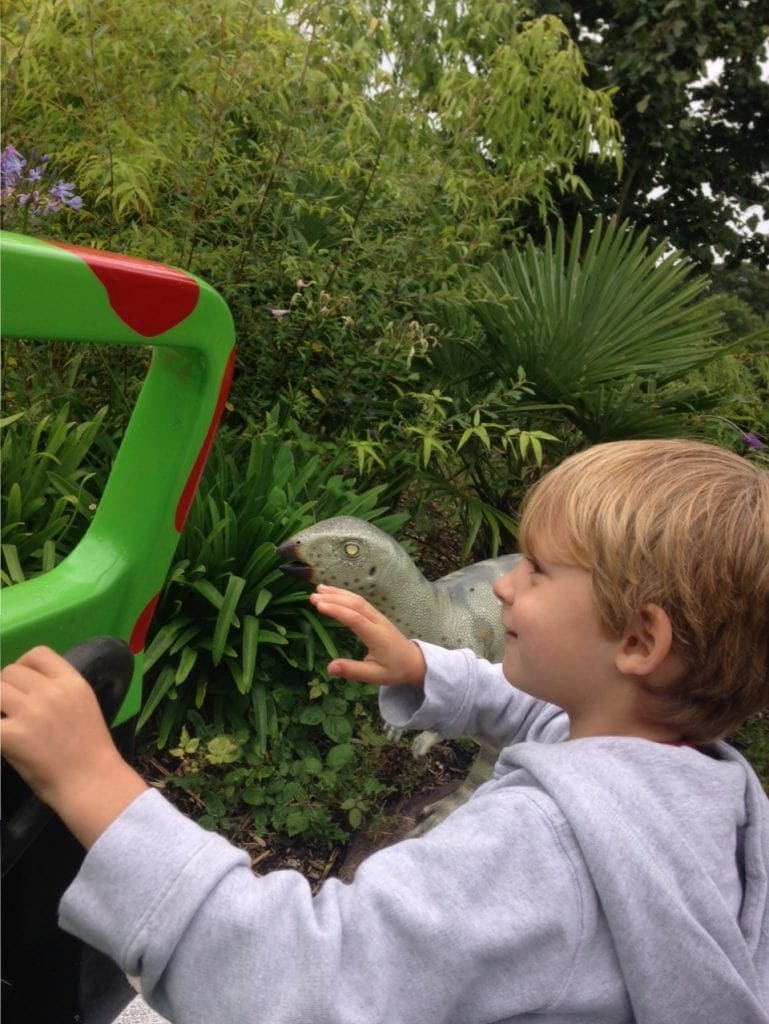 There were plenty of more sedate rides which Grandma enjoyed too. A favourite was Dino Jeeps, where you go through a dinosaur park with various creatures roaring and squirting water at you. The boys also really enjoyed the Junior Driving School, where they got to go in their own car (with two pedals; green for go and red for stop) and amazingly didn’t crash. Freddie skilfully managed to avoid a collision, although went round the roundabout the wrong way – you can’t have it all! The Flying Machine was another hit; again with the attendant getting everyone in the mood by encouraging them to stick their arms out like an aeroplane. We were also pleasantly surprised at the queuing time, being on average 10-15 minutes (although that might vary on warmer days). 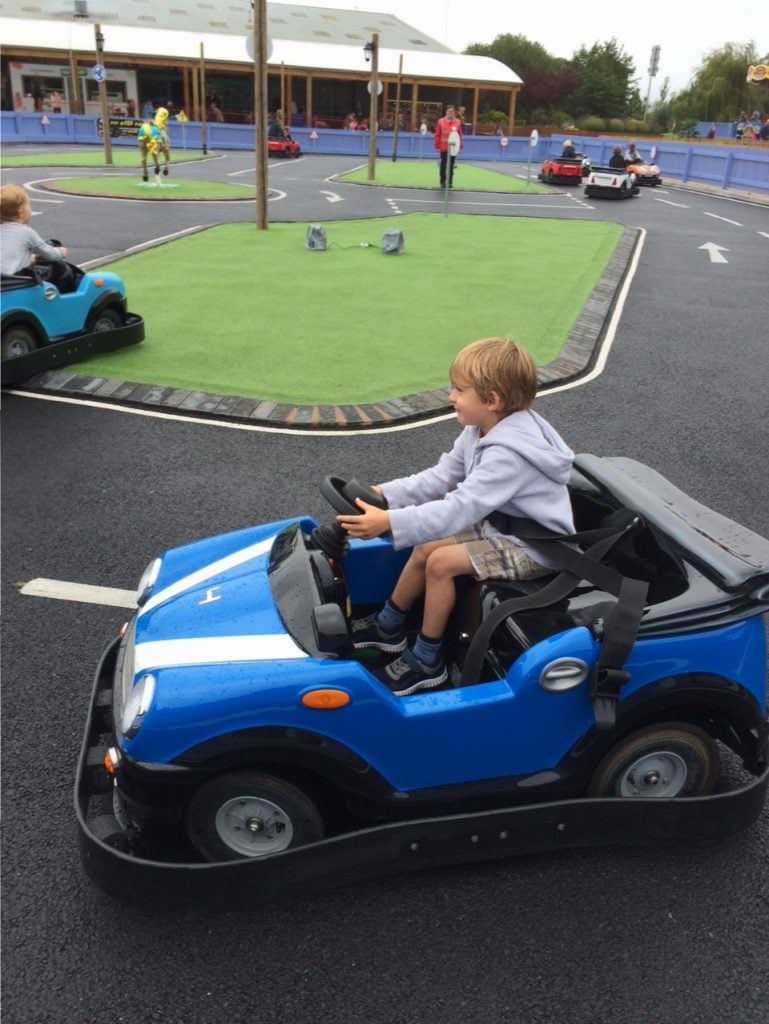 The outdoor play areas (there are numerous) were a big hit, with the favourite being the pirate one which had three large slides and walkways between them. The indoor play area was good but noisy – although that’s to be expected. Food also met with our expectations being your fairly typical offering of burgers and hotdogs, although there was subway, jacket potatoes and a buffet too, so plenty of choice. We can recommend the hot donuts, especially on what turned out to be a cold for August wet day.

Why not check out the Glamping at Crealy Meadows whilst you are reading – could be somewhere to stay!  We also have another review of Crealy here!

NB: we were provided complementary entry to Crealy but all views are own our.